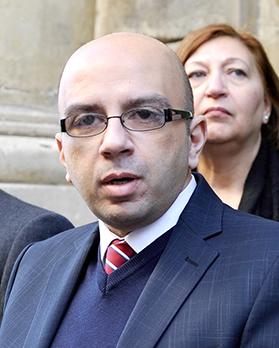 The teachers’ strike today week is to go ahead as planned as meetings between the government and the MUT have not yielded any significant changes, union head Marco Bonnici told this newspaper.

The Malta Union of Teachers president said that, despite a number of meetings being held in an attempt to come to an agreement, the government had yet to bring solutions to the table that would halt the strike.

“There has been a start but as things stand it doesn’t seem like we will be finding a solution in the coming days,” Mr Bonnici told the Times of Malta a week before the teachers are to go on strike.

The MUT announced a series of directives last week that will culminate in the strike action, after a series of discussions with the government on teachers’ conditions proved futile.

Members from State and Church schools will not give any lessons on November 8 while MCAST and ITS lecturers will strike for an hour on the same day.

Among other things, the teachers’ union is requesting a 20 per cent salary increase and as yet the government has not agreed to this, despite Education Minister Evarist Bartolo insisting on adopting a conciliatory tone.

According to Mr Bonnici, the situation seems to be at a standstill despite a number of meetings with the government, including another one being held today.

The MUT has also blamed the shortage of teachers this year on working conditions, which it has said is not encouraging students to follow education courses.

In attempt to address the shortage, the government issued a call to all university students, with those interested in part-time work asked to apply for teaching jobs.

The move sparked outrage among teachers, students and parents, who deemed it unfair and unprofessional to ask those still at university to apply for the jobs, with the union insisting it had been warning the government about a potential shortage for months.