A "technical error" led to three pages from the Daphne Caruana Galizia public inquiry being left out from the version published last week.

In a statement, the inquiry board said the missing pages were mistakenly covered by subsequent title pages. Fresh copies of the full inquiry will be sent out once the error has been resolved, the board said.

The omission of the three pages led to speculation that the government had purposely withheld information.

One of those missing pages was about the Electrogas data leak that the assassinated journalist received months before she was killed.

In that 'missing' page, the board said that had Caruana Galizia been able to complete her work on the leak and 17 Black, it would have caused problems for the government and the project. 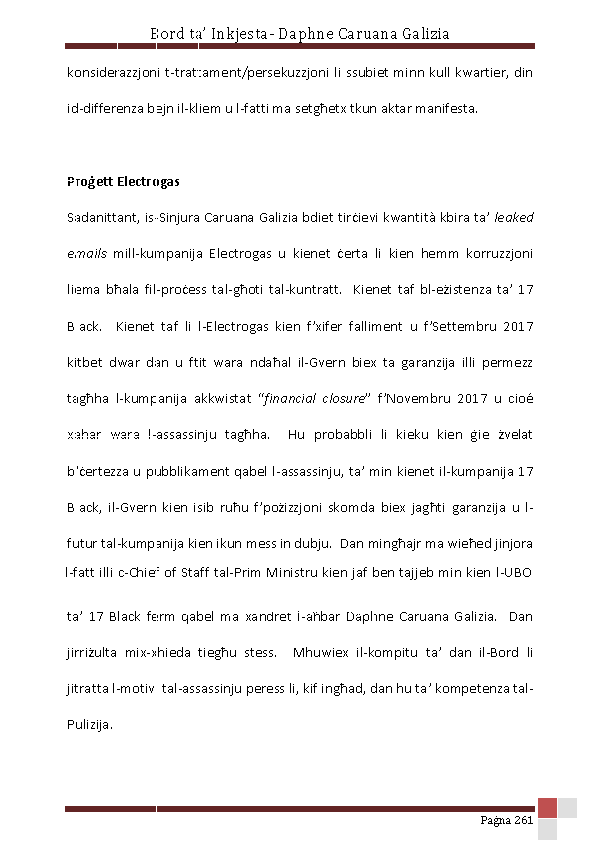 The inquiry noted how former prime minister Joseph Muscat and his chief of staff Keith Schembri were aware that Electrogas businessman Yorgen Fenech was the owner of 17 Black before that revelation was made public.

According to the inquiry, the state should shoulder responsibility for Caruana Galizia's assassination.

The inquiry concluded that a culture of impunity was created from the highest echelons of power within Castille. It singled out former prime minister Joseph Muscat for enabling this culture of impunity and found his entire cabinet collectively responsible for their inaction in the lead up to the assassination.

Prime Minister Robert Abela has apologised for the state's shortcomings and promised to implement the inquiry's recommendations.