A 14-year-old student who helped a fellow foreign classmate integrate and communicate with others, despite the language barrier, was on Friday awarded this year’s Pope John XXIII prize for kindness.

Chayenne Abela, who attends the Ħamrun Secondary School, helped Hungarian national Szintia Ladochi communicate with other people and made her feel welcome at school. She was nominated by her teachers and head of school who praised her for the way she continuously went out of her way to make sure her classmate felt part of them. 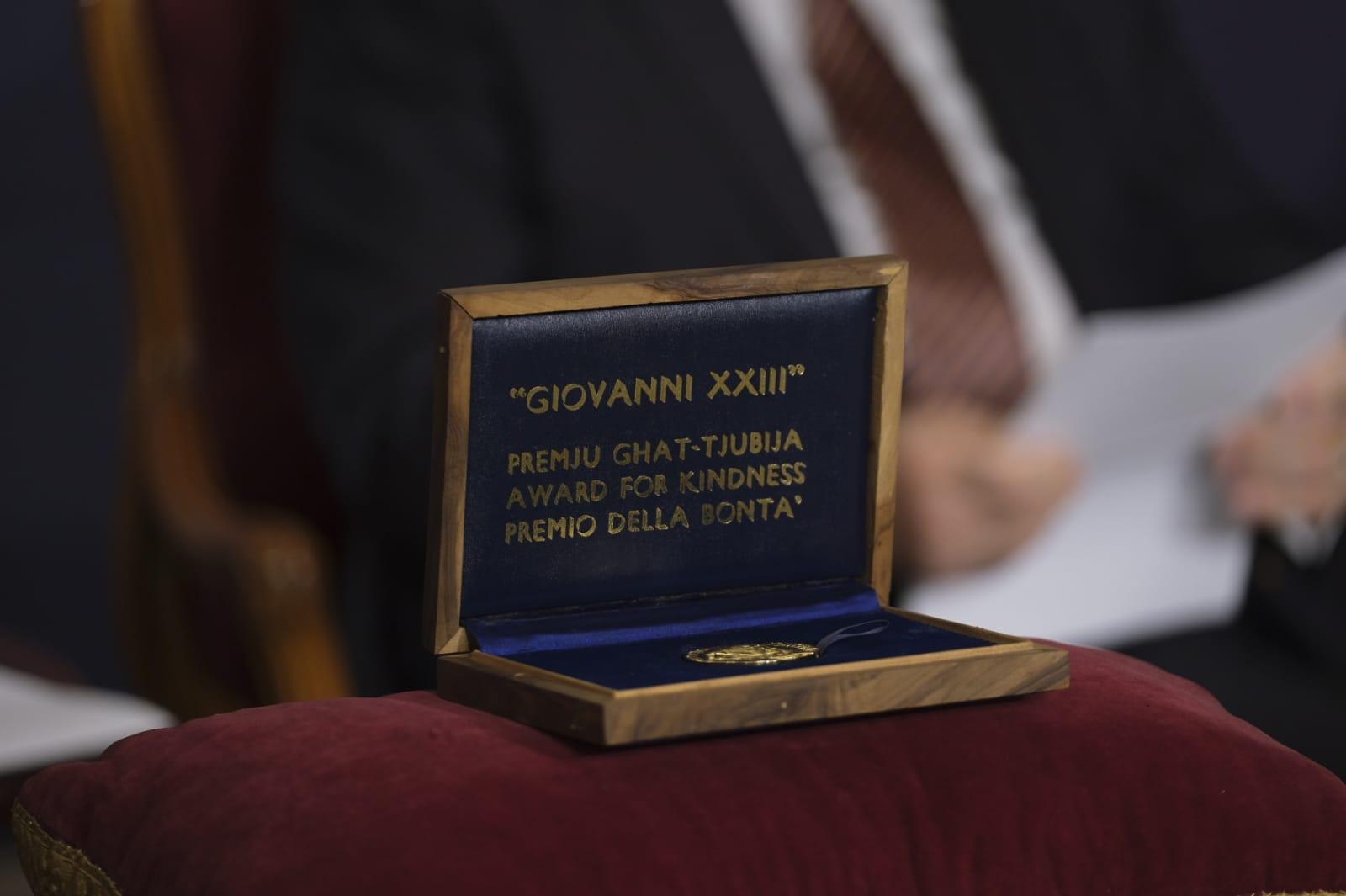 The award has been organised for over 56 years by the Peace Lab under its director Fr Dionysius Mintoff who said that peace can be achieved if it starts from kindness at the earliest levels of one’s life, like at school.

He quoted Pope Francis as saying that children and youths must be taught to overcome conflicts and work for peace from a tender age.

The message was also conveyed by President George Vella who presented the award to Chayenne . He said the event was to celebrate small acts of kindness that mean the world to those receiving them.

He said the pandemic made people realise what really makes them happy and that money, materialistic things, and power mean nothing when compared to what really mattered. He spoke about his efforts to bring about national unity, saying this had to start from within families.

The President heaped praise on Fr Mintoff, who he described as a pioneer in the promotion of peace, apart from providing sterling work with migrants, something that was also recognised by Pope Francis in his recent visit to Malta.