Malta is forecast to have a scorching start to summer with temperatures feeling as high as 39°C by Sunday, according to the Meterological office.

A heat dome of excessive heat is expected to settle across the country from Thursday, bringing elevated temperatures for at least four days.

Weather models are showing maximum temperatures of 36°C, some even 39°C, between Thursday and Sunday and possibly beyond, the Met Office said.

These are caused by a persistent high pressure over the Central Mediterranean, coupled with calm wind and little cloud cover.

Other European countries, like France and Spain, have also been experiencing this phenomenon with tempertures reaching a punishing 40°C.

What is a heat dome?

With high pressure in the atmosphere, air is forced down, compressing it and warming it in a phenomenon technically known as “subsidence”. That warm air is then trapped in place by the high pressure in what is referred to colloquially as a heat dome. The phenomenon has been likened to the lid on a large pot, whereby a combination of high pressure and hot air traps heat in below.

Will it be a heatwave?

“Should the forecast temperatures be recorded at Luqa Station, it will be considered a heatwave. This is because the 30-year maximum norm for June is of 28.8°C. If the temperature is equal to or more than 5°C higher than the norm (in this case 33.8°C), for three consecutive days, it will be recorded as a heatwave,” the Met Office spokesman said. 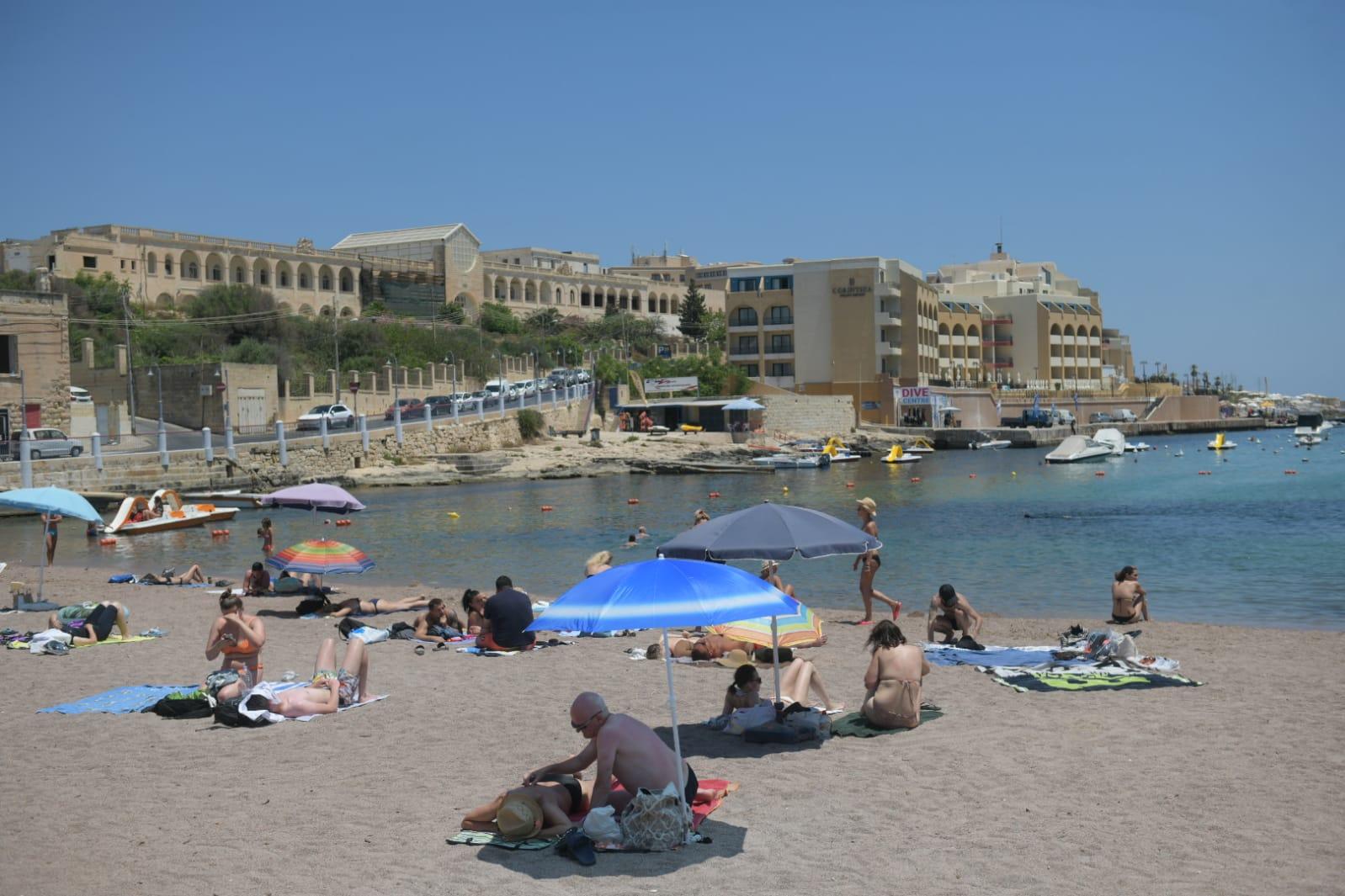 Going to the beach? With the UV index at 11 from Sunday, make sure to take sunscreen and some shade. Photo: Matthew Mirabelli

He added that, compared to the last five years, this June had a hotter start and the current mean temperature is the highest. However, temperatures stabilised on June 9 onward, following the strong and cooler winds from the Northwest.

The higher temperatures before June 9 were the result of low humidity from dry air, which allowed the temperatures to spike, the spokesman added.

Will it be the hottest June?

No record heat is forecast yet, the Met Office said. So far the hottest temperature for this June was 35.8°C which was recorded on June 1 and 5.

The highest temperature for June ever recorded was just last year. Malta experienced two record-breaking days of heat in a row.

Will I be safe?

The UV index is forecast to rise to 11 this week, meaning there is a very high risk of harm on unprotected skin.

People should stay inside near midday, reduce their time in the sun and avoid it between 10am - 2pm.