Testing to identify the presence of new variants of the COVID-19 virus will be doubled after just four cases of new, more contagious forms of the virus were discovered locally.

The UK and South Africa have recently detected variants of COVID-19, both of which have been found to be more contagious, spreading much quicker and resulting in greater spikes in confirmed cases. 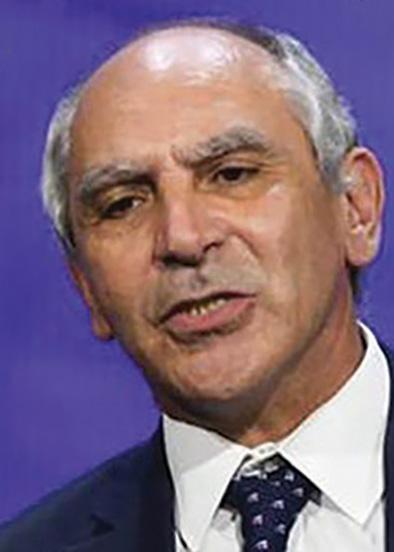 Virologist Chris Barbara, who is leading the hunt for new variants in Malta, told Times of Malta he had informed the government of his plans to increase gene sequencing tests for the variant from 25 samples to 50 every week. Malta is registering between 100 and 200 positive COVID-19 cases every day.

“We are working to establish how present new variants of this virus are in Malta and want to be able to react to it by isolating cases and stamping it out,” he said.

The move to increase variant testing comes as the European Centre for Disease Prevention and Control wrote to EU member states directing them to step up efforts and establish the extent of the presence of new variants to the novel coronavirus.

The number of tests conducted here is based on discussions with European health authorities and Barbara said that while the figure may seem low, he was confident it was adequate.

The national health effort, he added, was primarily focused on contact tracing to limit the spread of the contagion.

Malta has so far registered four cases of the so-called UK variant, one more than announced by the health authorities last week.

Barbara, who heads Mater Dei Hospital’s pathology department, said the first three cases had all been directly linked to travel from the United Kingdom.

The fourth case, identified by Barbara’s team only a few days ago, is still being analysed.

He said that increased testing would expose whether or not these new variants were more present in Malta than the first round of testing has shown.

Labs are randomly testing positive results coming from hospital admissions and the community.

The public health authorities also flag large clusters since the variants are known to spread quicker, Barbara said, adding the impact these new variants will have locally is yet to be seen.

Asked what the country can expect, Barbara said more data was needed.

He pointed to studies which have suggested the United Kingdom variant is 70 per cent more transmissible.

One of the mutations found in Malta, Barbara said, was thought to be more aggressive, leading to stronger symptoms in patients.

Another, more infectious mutation, known as N5017, has so far not been discovered locally, he said. However, he and his team are on the lookout.

They are also keeping their eyes peeled for another variant type known as a deletion. This mutation, Barbara notes, enables the virus to evade human anti-bodies, making it more difficult to treat.

Luckily, he said, there was no sign of this variant yet.