Unorthodox as it may seem to write about Vitruvius in a property supplement dedicated to design, no text on the art of building can be complete without mention of his book, De architectura, written some time between 30 and 15BC, the oldest and most influential text on architecture of the last two millennia. 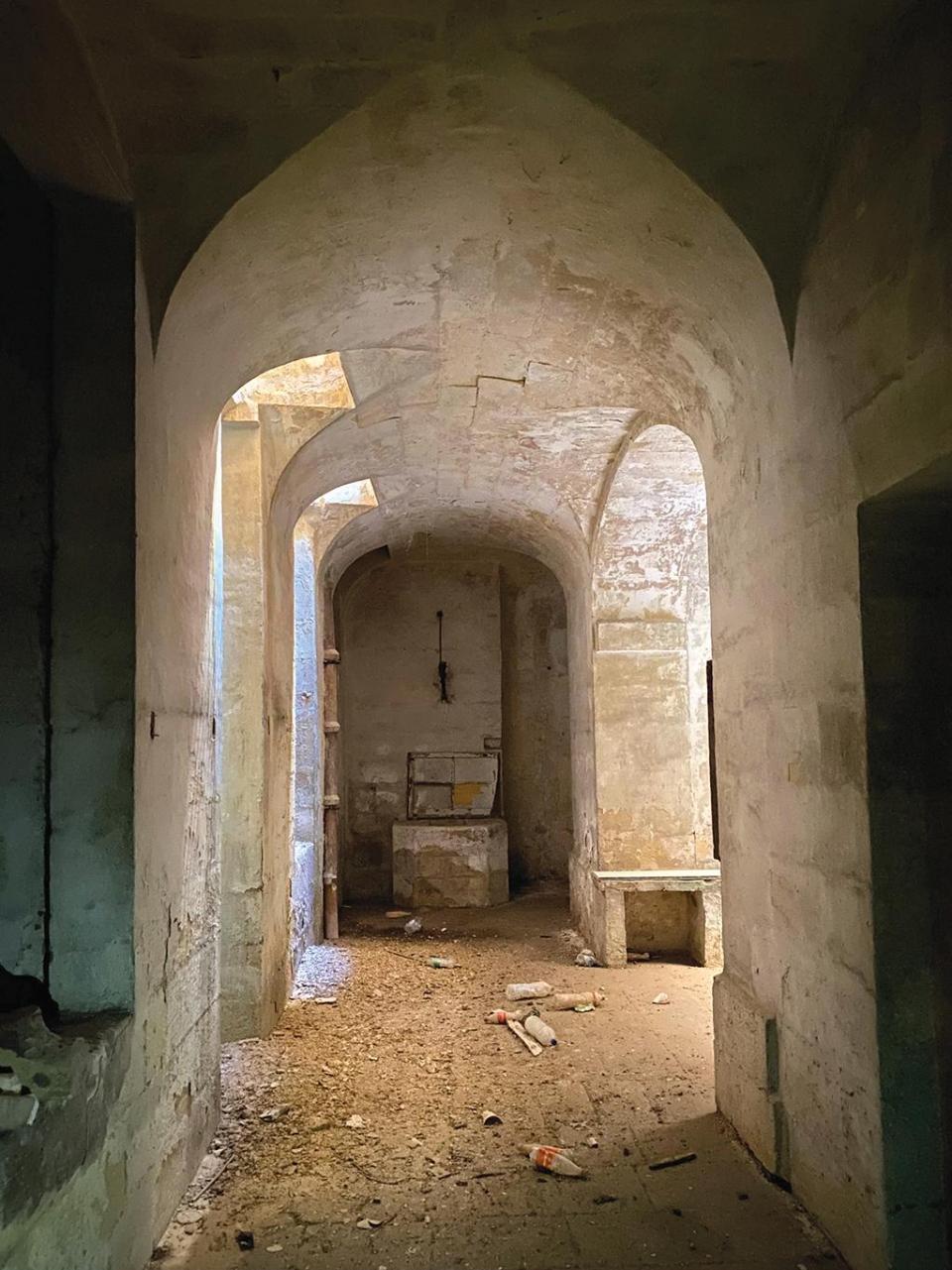 View from the basement Museum of Literature in Valletta.

In his first book, Vitruvius lists the disciplines that are required to ensure that buildings erected are good ones. “An architect,” he writes, “should be educated in nine disciplinae. He should know writing, be skilled in drawing and trained in geometry. He should be able to recall many histories, listen carefully to the philosophers, not be ignorant of medicine, know music, remember the responses of jurisconsuls and be well acquainted with astrology and the order of the heavens”. But writing comes first, he insists, because writing can “produce a stronger memory”.

How better to preserve an idea, to express a feeling, or to commemorate an event than with a book? 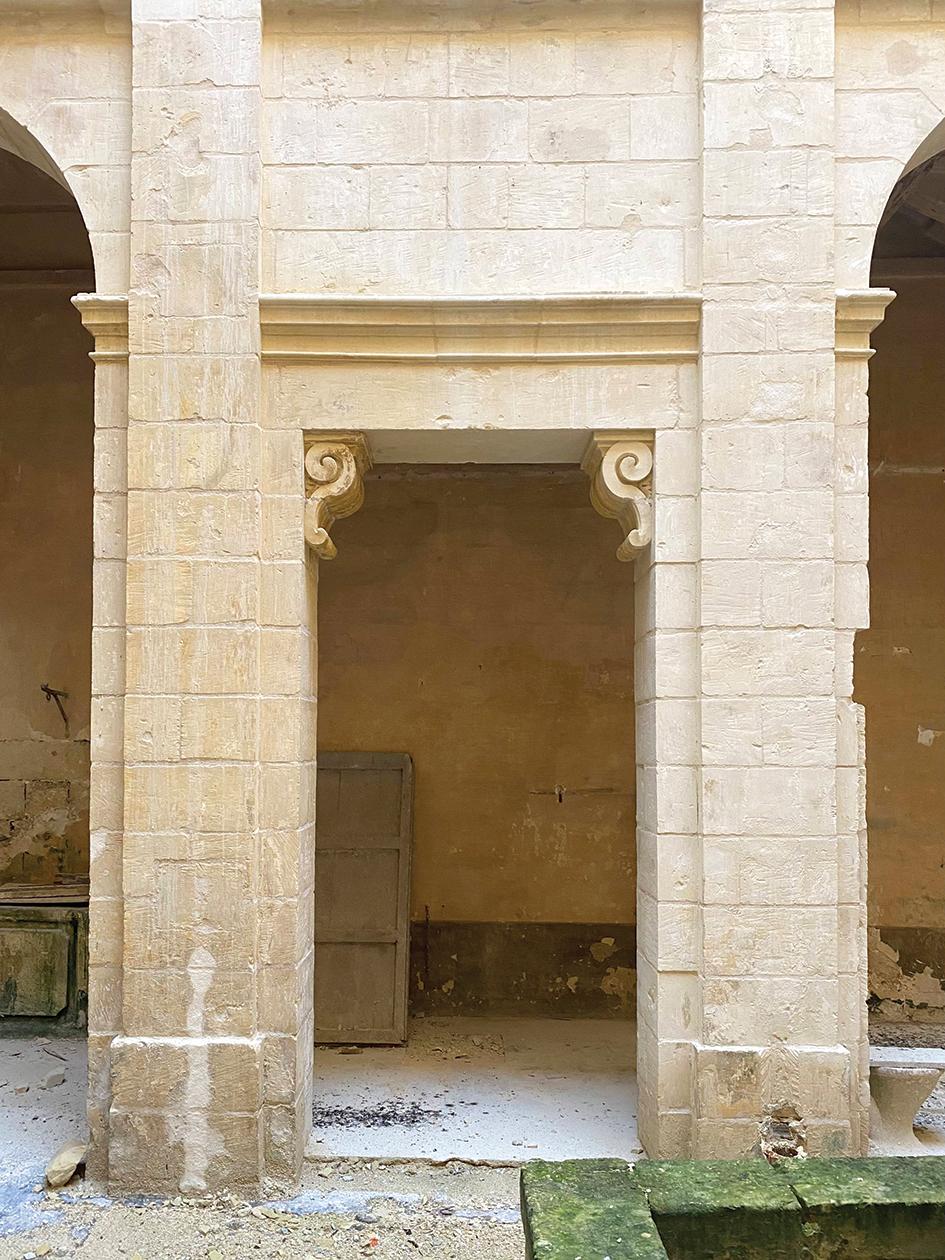 View of the courtyard and apertures, Museum of Literature in Valletta.

“The book will kill the building,” Victor Hugo declared in The Hunchback of Notre Dame, for “when you compare architecture to the idea, which needs only a sheet of paper, some ink and a pen, is it surprising that the human intellect should have deserted architecture for the printing press?”

Buildings were the first platform of mass communication, before art and music and before language too. The invention of the printing press, later, provided a worthy successor to the building, the book, that became for centuries the foremost universal tool of communication. And just like the book killed the building, the invention of social media is, for better or for worse, killing the book today.

The truth is that buildings and words can still do what people cannot: they can communicate up and down the centuries. The unborn inhabitants of the earth’s future, a powerful but silent force, are yet to read our messages in text and stone. And if the threshold of our living contact with past generations rarely goes further back than that of our grandparents, what better way to converse with those lost men and women that lived before the parents of our parents than through their buildings and their texts? 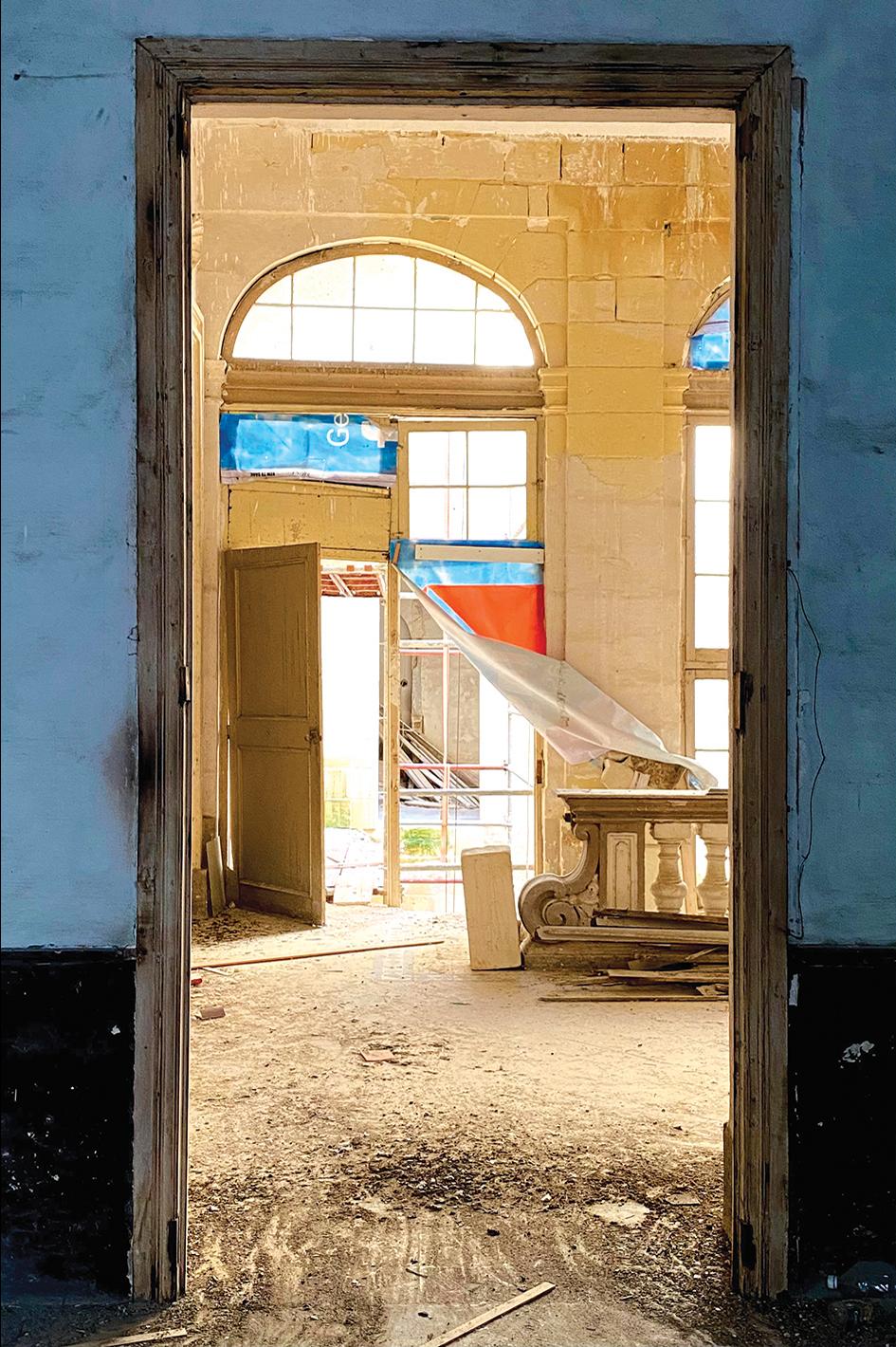 View of the first floor at the Museum of Literature in Valletta.

If buildings and words have the same noble mission, then, which is that of recording the origins of things, of providing a sense of place and belonging and a source of kinship, if both serve as containers for our identity, what better way to celebrate this common calling than by inserting a Museum of Literature in the heart of our capital city?

Buildings and words can still do what people cannot: they can communicate up and down the centuries

A few years ago, the National Book Council of Malta initiated a regeneration project that was conceived as a consequence of this need, that of providing the local community and visitors a space to reconnect with their identity and to recharge through books and literature. The vision of the Council was to create an oasis for intellectual stimulation and spiritual wellbeing, sheltered from the bustling city that wraps around it and an escape from day-to-day ordinariness.

The Museum of Literature found a home in a historic palazzo in Old Bakery Street in Valletta, itself constituting a narrative of its very own that has yet to fully unravel. With its masonry walls and stone slab and timber ceilings and it’s coloured walls and decorated interiors, the vacant and dilapidated building is about to wake up from a decades-old sleep to regain its erstwhile candour and sense of purpose. Although the story of its origins is not well known, it is clear that part of the property was annexed by the Admiralty in the 19th century and the building must have followed the destiny of its grandiose neighbour on South Street, the residence of the Admiral of the Mediterranean Fleet. 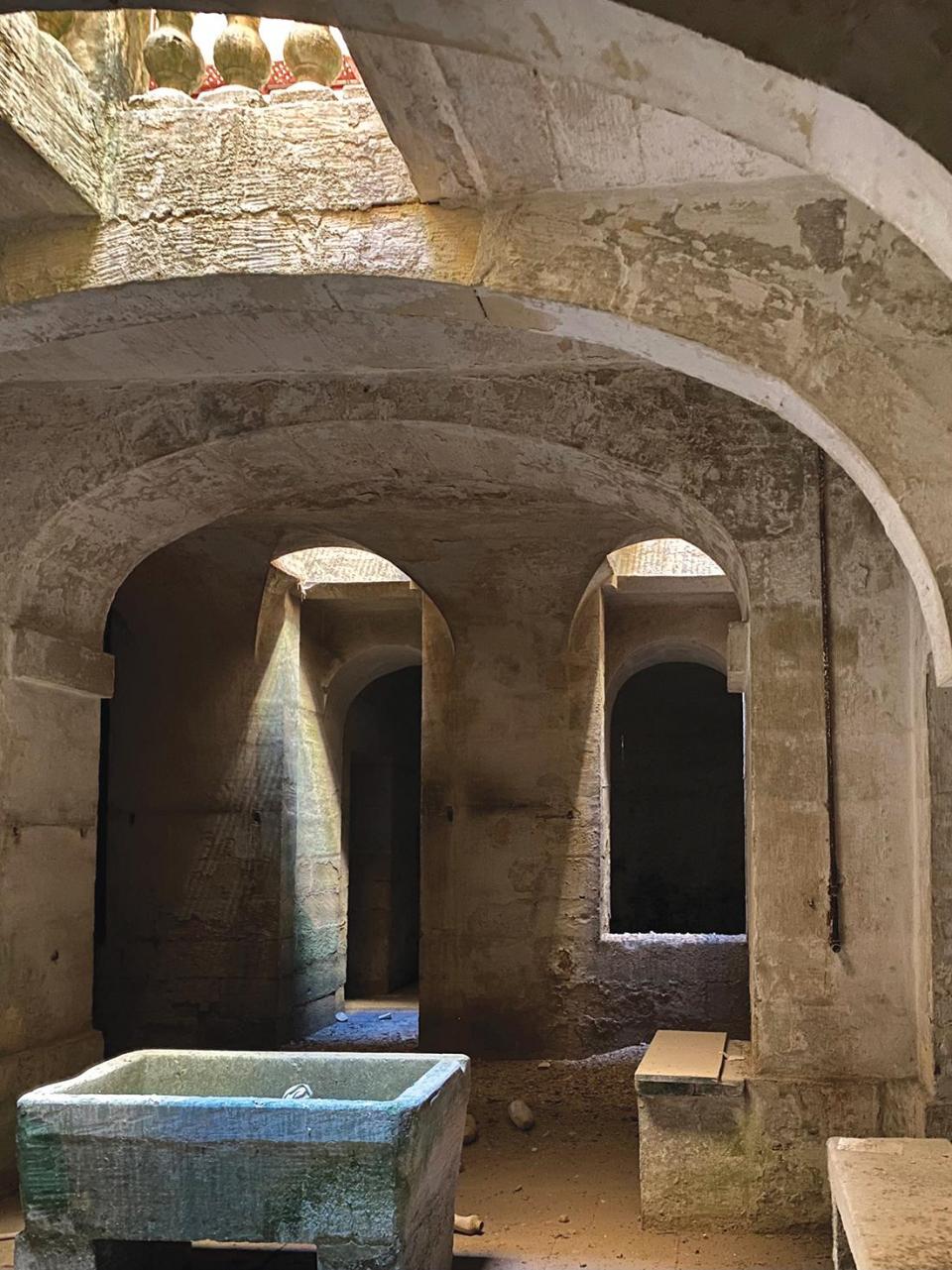 View of the basement at the Museum of Literature

A number of decorated timber ceilings and intricate wall paintings within the palazzo are a testament to the beauty of the once grand, decorated structure, and its sumptuous interiors. These are being restored as part of the rehabilitation of the building. An analysis of mural paint layers attest to the renovations the property underwent throughout its existence. As much as thirteen layers of various colours were discovered on one single wall, while on the exterior, the text ‘1884’, which was discovered during the façade restoration, is engraved on one of the stone pilasters.

Just as the project aims at retaining meaningful traces of the building’s history as a form of personal narrative, the design of multifunctional spaces within the building aims at breathing new life into the architecture and, by creating a new centre of cultural importance in the capital, at reconnecting the building with the city and its people. 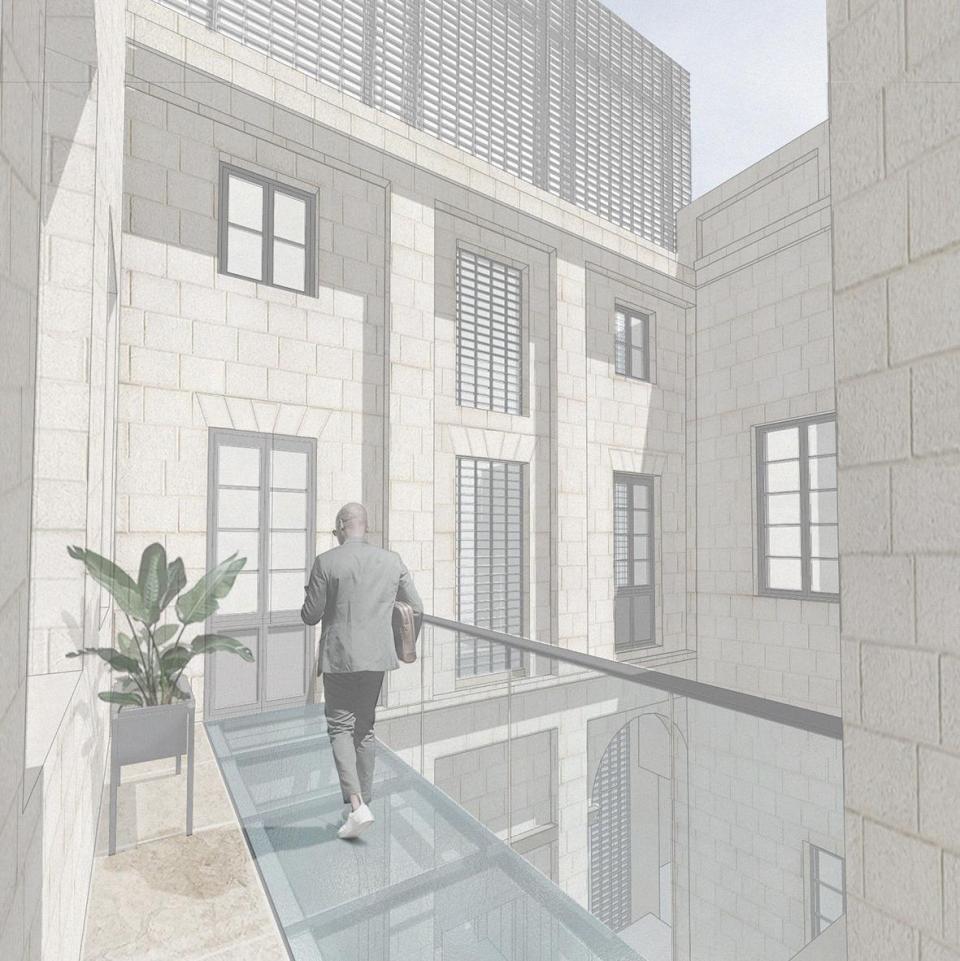 Museum of Literature – Rendered view of the bridge and glass extension.

Cities have always been important protagonists in the literature of a nation. Who doesn’t associate 19th century London with Dickens or its contemporary expression with Amis, St Petersburg with Dostoyevsky or Paris with Hugo and Flaubert? Texts and cities are interchangeable. They are each other’s source of inspiration and best expression.

AP Valletta has been commissioned to carry out the embodiment of this delicate interweaving between text and the city in the new Museum of Literature in Valletta. The proposal encompasses four mixed-use storeys, including a basement level and a rooftop area, the latter re-establishing the link to the capital through the views it enjoys. The basement will become a space dedicated to book launches and events, equipped with its own kitchen area. Hosting a bookshop, a small reception and a dining area, the ground floor has been designed as a welcoming, calm and informal space, with intimate pockets of space for quiet and isolated reading in symbiosis with the street and the internal courtyard.

The first floor will accommodate an interactive and movable exhibition space, together with administration offices.

The need for flexibility being a fundamental premise of the design, modular and movable furniture units, customizable according to the client’s requirements will be the basis of the new interiors. A palette of historic colours will guarantee continuity between the new and the historic interior decor.

To complement the fragile beauty of the original fabric, a semi-transparent contemporary glass structure will run on the building’s internal façade, from ground floor all the way up to roof level, becoming the visual heart of the project, as well as a landmark for the city. 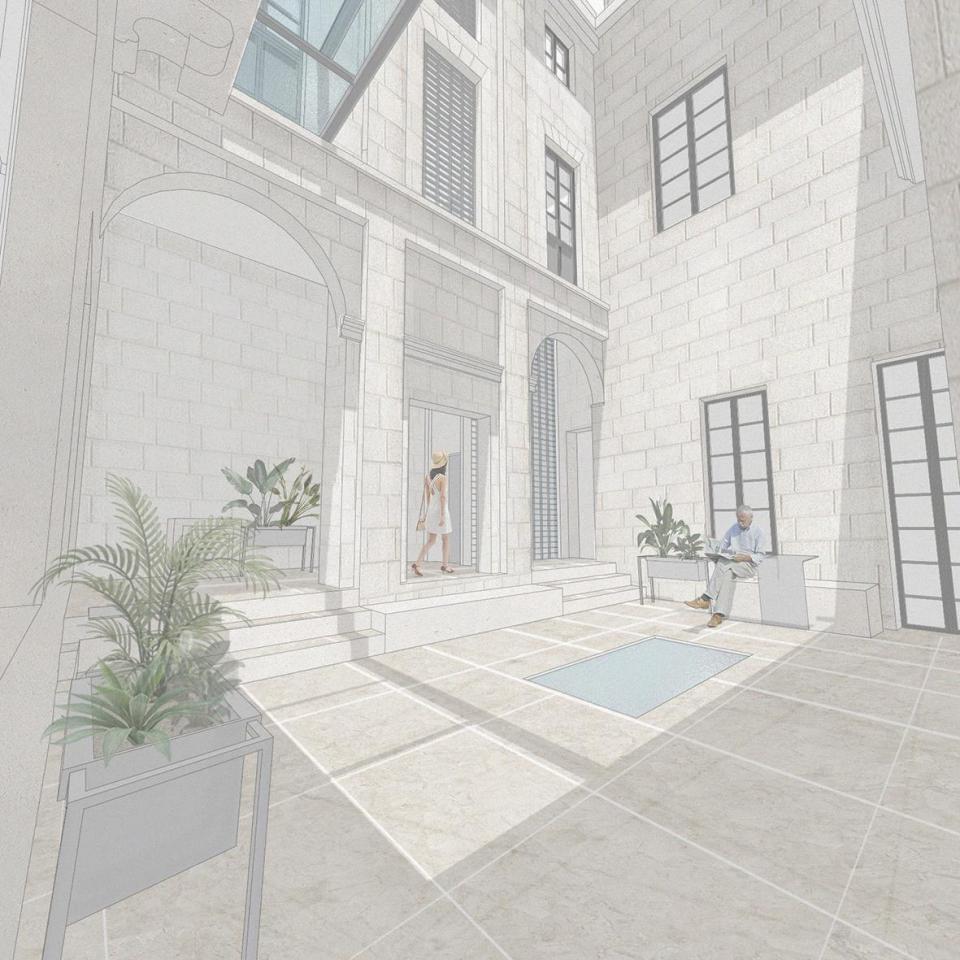 Museum of Literature – Rendered view of the courtyard.

The terrace is perhaps the place where literature, the city, and the life of its inhabitants best intermingle. Here, the original concept of the town is distinct and preserved in stone, blurred by the profusion of water tanks, air conditioning units and antennas. Men’s actions, big and small, pile up all around, blending into a rich composition of forms and textures, subdued by the passage of time. From this point of view, the tactile messages on Valletta’s walls are destined to be read by countless future visitors standing at the roof line of the Museum, signs that will become the backdrop to the stories of tomorrow. 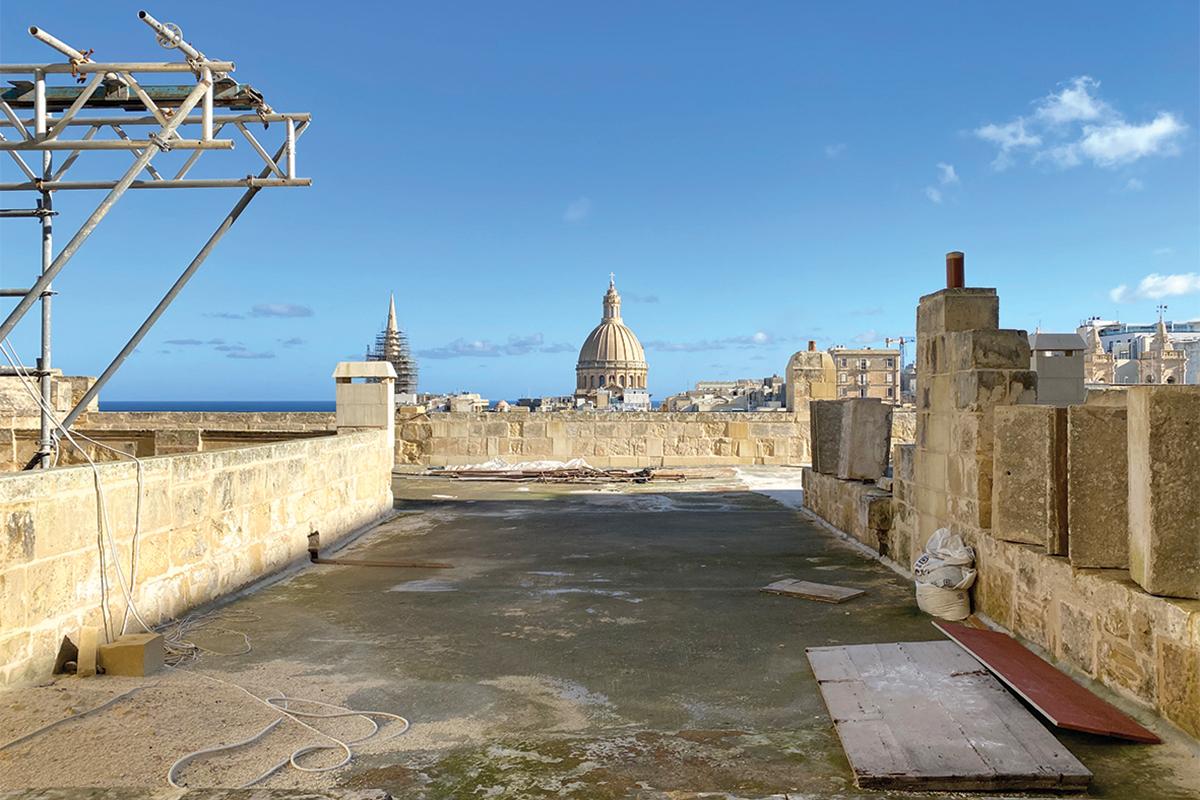 View from the roof.