A €45,000 concrete ramp built especially for Pope Francis’s visit at the Mġarr harbour is being demolished to the dismay of many Gozo residents who hoped it could be used permanently for a fast ferry service carrying cars from Valletta.

The ramp was never intended, and is not fit, for permanent use, Infrastructure Malta said in a reply to questions on Monday.

It said the plan from the beginning was to demolish it after the pope’s visit. 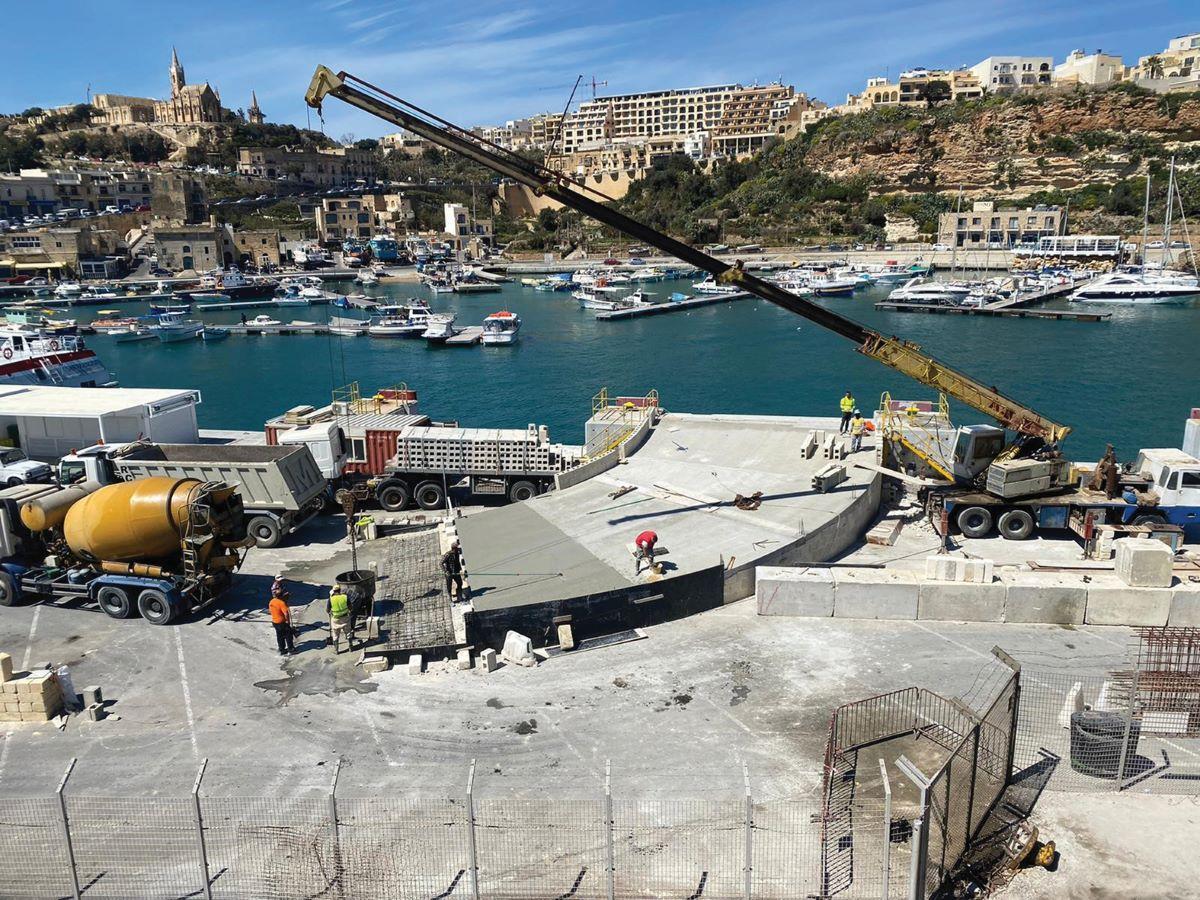 The ramp under construction prior to the pope's visit.

The ramp was designed to be “quickly built and dismantled at minimal costs and without damaging the parts of the quay that have already been rebuild or repaired”.

Since it started to take shape a few weeks before the pope’s visit, frequent Gozo commuters hoped it would be retained after he left. But they were upset to see it being demolished last week, arguing it was all a waste of money.

But Infrastructure Malta said the ramp was built in the most environmentally friendly way possible and retaining it permanently would not even be an option because it could not withstand the elements.

“Infrastructure Malta used materials and construction methods that adequately meet the required load and safety specifications of the vessel and the vehicles that used it for a short period of time during the pope’s visit,” the agency said.

“However, these materials were also purposely selected for a structure intended for temporary use, meaning that it could not withstand the maritime environment of the area over a long period of time. Had it been retained it would have started showing signs of erosion within a few months.

“The temporary ramp structure was also obstructing other port operations already established on the same quay, including public transport and tourism,” the agency added.

During his first day in Malta on April 2, Pope Francis hitched a ride from the Grand Harbour to Gozo on the Virtu Ferries’ catamaran Maria Dolores. In Gozo, he held a two-hour prayer meeting at Ta’ Pinu sanctuary.

Plan from the beginning was to demolish it

The massive vessel, which the company operates to Sicily, was chosen because, unlike the Gozo fast ferries, it could transport the pope’s motorcade. But the ramp at the Mġarr harbour had to be custom-built for it because also, unlike the fast ferries, the Maria Dolores does not have a mooring in Gozo.

The ramp was only used once, for three minutes and a half, when the pontiff arrived in Gozo and his motorcade descended from the catamaran before making its way to Ta’ Pinu.

After the prayer meeting, he returned to Malta on a Gozo Channel ferry.

That means the ramp cost around €225 for every second it was used.

“The main structure of the temporary ramp was made of precast concrete blocks infilled with loose material.

“These elements can be easily reused or recycled for other construction requirements to reduce the environmental impacts of construction waste disposal,” Infrastructure Malta said.

It also said the contractor who built the ramp was Road Structures Limited, the same contractor carrying out upgrades and maintenance works on the concrete structure of the Mġarr harbour quays.

“The project includes underwater repairs of the quays’ scoured foundations and the reconstruction of 170 metres of quay edges and fender blocks as well as the installation of new fenders, ladders and bollards for safer berthing of the ferries and other smaller vessels,” it said.