After a pause sparked by the pandemic, students this year were once again able to don their caps and gowns and receive the degrees they worked hard for in front of their family and friends.

As graduation season rolls along, one face stood out from the crowd. 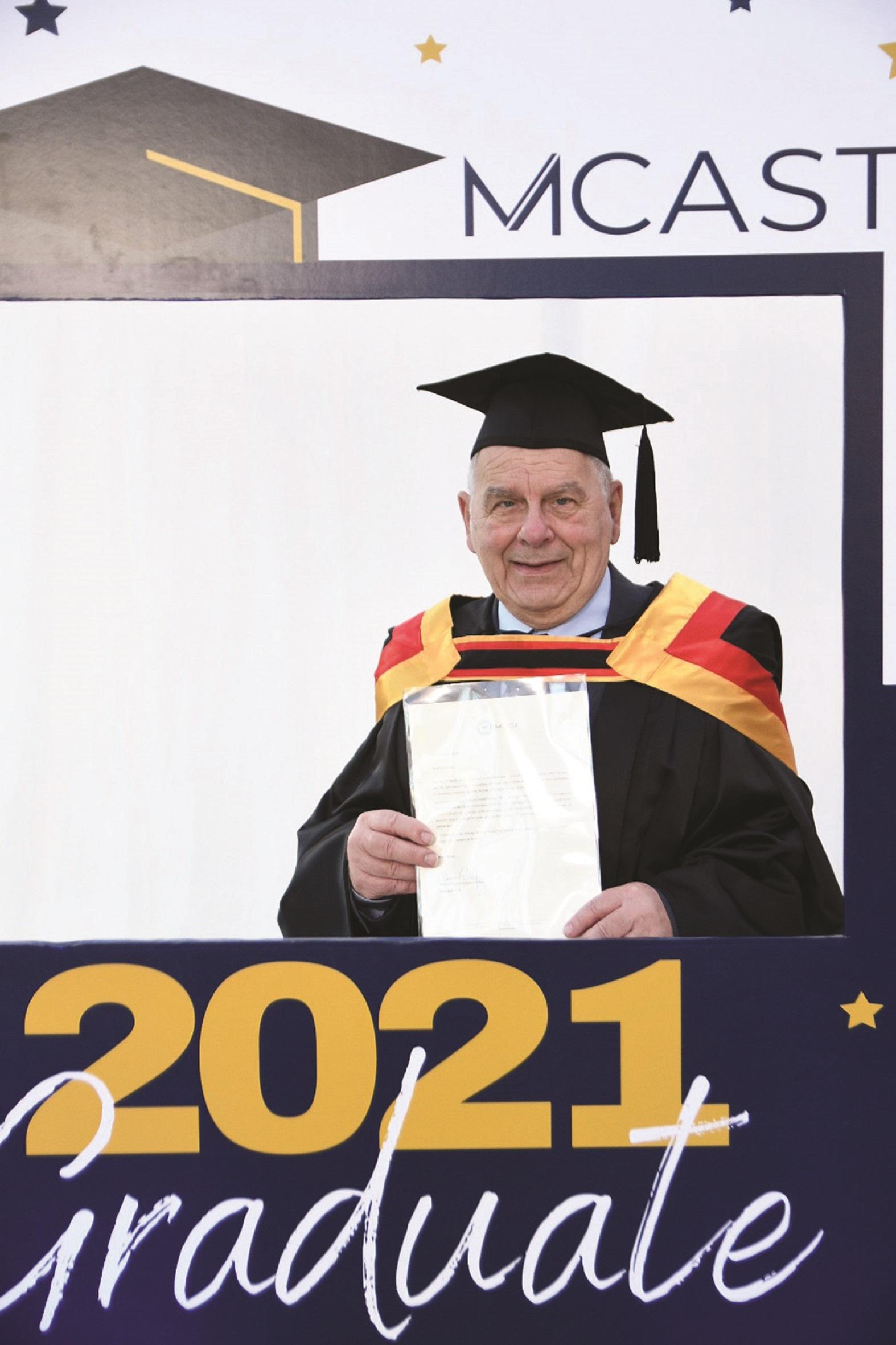 Aged 77, Wally Terribile was awarded his master’s degree in business administration for small businesses, the oldest master’s graduate the college has ever seen, an experience he says has given him some of the most “treasured memories” of his life.

While it has been some 25 years since he last read for a degree, Terribile told Times of Malta that the pursuit of knowledge has remained one of the driving passions of his life.

“After my first degree, I’ve always tried to keep myself active in my studies and I’ve pursued diplomas from time to time,” he said.

“But three years ago, when I was rifling through the MCAST prospectus, something about a new course spoke to me and I decided to pursue it.”

Terribile admits that while things have changed significantly since he had last sat in a lecture hall, he felt that the adoption of technology in education was an important stride forward.

“When I was first in school, our teachers wrote on blackboards. Now I’m submitting my assignments online, I can receive feedback on my work with ease and we can even join in lectures remotely,” he said.

“I have to say that the use of technology has made education, in general, more accessible. Of course, you do have to strive to keep up with the other students,” he adds.

“But there were no excuses. If I had difficulties I could always ask, and someone would definitely show me the right thing to do. I did my part.”

“After the first day, I thought I would be sitting in the back of the class and keeping to myself. The age difference was obvious, and I briefly questioned myself because all my coursemates were so young,” he said.

“But there was no ‘I and them’, we were ‘we’ and a lot of us really became friends. These are some of my most treasured memories and I am thankful for all the times.”

The experience of course didn’t come without its challenges. Living in Gozo, his commute to the MCAST campus in Paola ran up to two hours every morning, while finishing his thesis was a task to overcome in its own right.

“What I’d really like to impart from my experience is that it’s never too late to broaden your knowledge,” he said.

“I don’t think anyone can ever reach a point in their lives where they can say ‘I’ve learnt enough’. I feel like I’ve only just started to learn.”

“I really do encourage any person who has the time to spare to pursue their studies and give themselves a leg up in life. From my experience, I can say the college really put the work in to make the course interesting and deliver it in a way that is palpable to students.”

He adds that overall, he hopes that more people continue to pursue their education no matter the barriers they face.

“My father once told me that, whatever you learn in life, don’t take it with you to the grave. I’ve always believed in that, to pursue experiences and knowledge and share them in the best way you can. Once you decide to do that, don’t look back.”