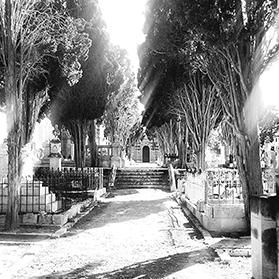 Although most people are interested in the cultural attributes of the Santa Maria Addolorata Cemetery, only a fifth are willing to get involved in its conservation, according to a recent study.

The research, carried out by James Licari, president of the Malta Association of Professional Conservator-Restorers, shows that most of the 1,090 respondents believe that the monuments and sculptures, as well as the layout of the whole cemetery, are unique cultural assets.

But when asked whether they would be interested in a scheme for the care and promotion of the graveyard, only one in five said they would invest their time voluntarily. 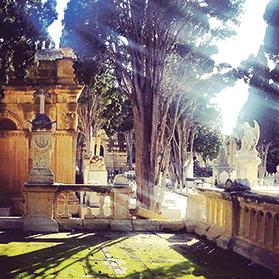 The Santa Maria Addolorata Cemetery was officially inaugurated in 1869, with the first interment that of a female beggar from Naxxar who was certified dead at the central hospital in 1872.

The graveyard is especially frequented in November – the month of the dead. Despite the significant interest in the cultural values of the site, visits to the cemetery are rare – less than once every five years on average.

The topics respondents said they were most interested in learning about were the cemetery’s historical, artistic and architectural features.

Nineteenth-century cemeteries such as the Addolorata were meant to be functioning cultural and natural outdoor museums, displaying artistic, architectural and environmental developments and contributions. 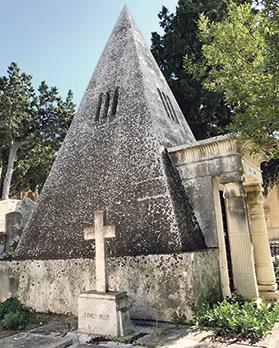 About 70 per cent of those interviewed said they were not in favour of photographs or video recordings being made on the cemetery grounds.

When asked whether the cemetery should have any commercial element, such as a visitors’ interpretation centre, shop or cafeteria, to help with its maintenance, almost two-thirds expressed disagreement.

Half of the remaining 38 per cent believe commercial products related to the cemetery (such as memorabilia) could contribute financially to its maintenance.

Mr Licari hopes the academic research, which formed part of his master’s degree dealing mainly with the cultural management of the cemetery, will help promote the professional protection of the site. The cemetery often features in the media due to its derelict state.

He noted that, according to the Constitution of Malta, the State is committed to promoting the development of culture and safeguarding the landscape, as well as the nation’s artistic and historical patrimony. 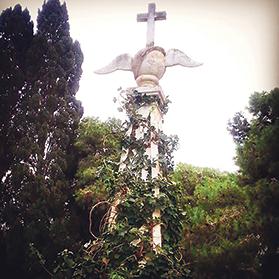 “The safeguarding of the cultural values of the Addolorata Cemetery falls squarely under these categories, and all of us, as part of this nation, must carry the responsibility to preserve such cultural treasures,” he said.

▪ 61 per cent of respondents either personally possess or their immediate families possess a burial plot at the Addolorata Cemetery.

▪ 40 per cent say the atmosphere im-parts peace and tranquillity; 35 per cent say it conveys sadness and nostalgia.

▪ 97 per cent of respondents feel trees, shrubs, birds, bees, etc, are necessary to the cemetery.

▪ 72.5 per cent believe tours should be organised in the cemetery. Those who disagree worry about a lack of respect and disturbing the peace. 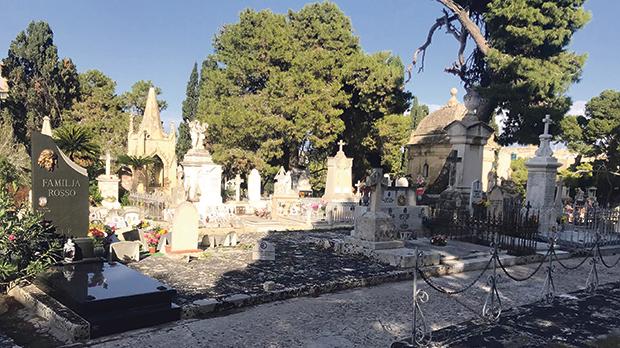