The town of Sliema is this week marking the 80th anniversary since a devastating war bomb claimed the lives of 21 people.

On the evening of March 11, 1941, enemy aircraft dropped bombs on the quiet residential St Rita Street, causing death, injuries and widespread destruction. The youngest of the victims was only six weeks old.

Ten houses were completely demolished and 25 others badly damaged in the blast. Another 70 people were left homeless.

It was one of a number of heavy aerial bombings sustained by the island in the early 1940s, which led to homelessness and starvation. From the day after Mussolini declared war on June 10, 1940, Italian and German bombers launched attacks on Valletta and its harbour.

The impact of the tragic 1941 Sliema bombing was chronicled through photographs and witness accounts.

One witness who recounted that tragic night was Charles B. Grech in the book, Raiders Passed ‒ Wartime recollections of a Maltese Youngster, published in 1998.

Grech said he recalled the air raid signal sounding at around 9.15pm, and after a short time he rushed to the friary of the church of the Sacro Cuor in Carmel Street, which  been transformed into a shelter.

Soon after, he could hear the “droning of approaching aircraft” and the enemy aircraft was caught in the searchlights.

He said he had shouted “There it is!” and soon after the heard a “terrific screech”.

A man was soon heard shouting that a bomb had fallen somewhere near Annunciation Square.

Young Grech had to wait for the ‘Raiders Passed’ signal that the air raid was over before he could go see where the bombs had landed. Many of the victims were caught in the narrow street as they desperately tried to enter an overcrowded shelter. Grech, along with his father, and Fr Diego from the church, went to see the damage caused by the bombs.

I could only hear women up the street crying hysterically

In the darkness it was hard to see what had happened.

“I asked somebody in the crowd what happened and he replied sadly: “The bomb fell in St Rita Street and there are many dead and wounded.”

Despite trying to go to see what had happened, Grech was held back by policemen who told him there were live electricity cables dangling down or lying on the street and only a few rescue workers were allowed in.

“In the darkness, I could not see the demolished buildings or any other damage. I could only hear women up the street crying hysterically.” 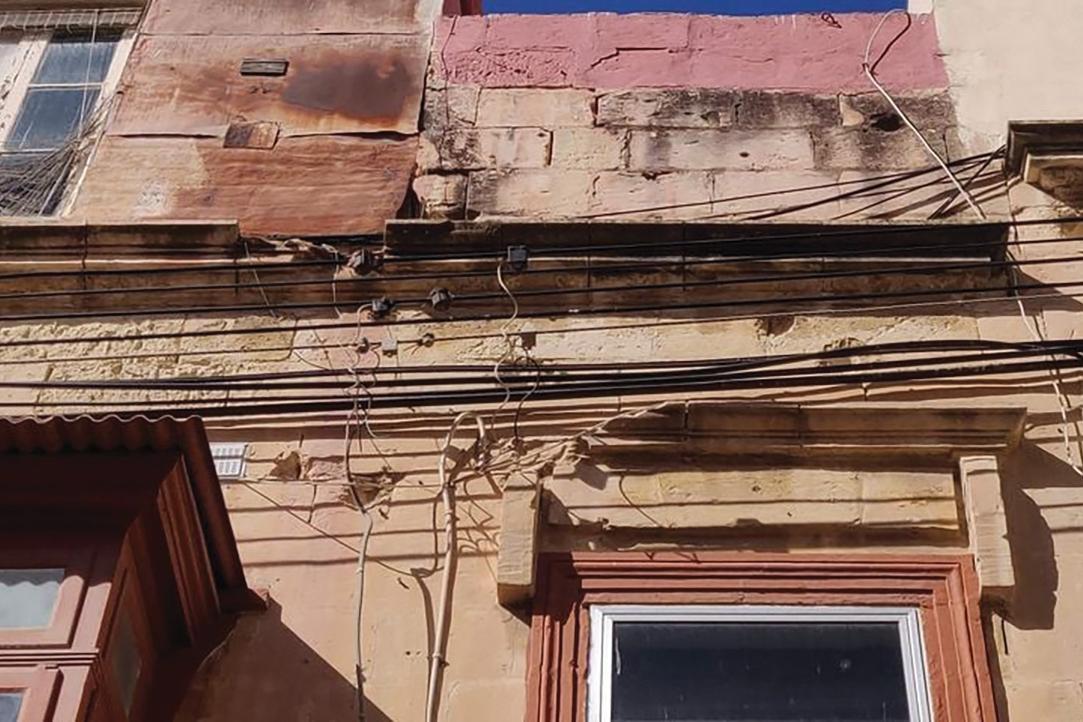 St Rita Street, where the weathered shrapnel marks on one of the facades of the houses remain.

He recounted how men tried to get through past the police to enter the street to find their relatives.

“The police had a hard task to keep them back and calm them down because all of them were almost out of their minds.”

One man who did manage to go up the road had trodden over or got entwined with one of the electric cables on the ground and was electrocuted and died on the spot.

He saw an eight-year-old girl cry out for her missing father. A man recognised his brother on a stretcher - his face was “covered in blood and caked dust and was unrecognisable”.

The next morning, Grech went down to the Strand to see the damage caused by the bombing.

“I could see that they were still looking for victims buried under the debris in St Rita Street. The houses in the upper part of the street, particu­larly on the right side, were completely demolished, and there were piles of rubble blocking it.”

Corpses were covered in blankets on the pavement.

“Whenever a victim was recovered under the debris, there was the inevitable anxious rush by members of his or her family who happened to be close by. Some of my young friends died in that tragedy.”

Another resident later described what he saw:  “It all appeared to me to be a dream or rather a nightmare and all I could think of was the absolutely unreal inhumanity of it all. The bright moonlight bathed the scene of utter devastation, the acrid reek of explosive filled the cool night air.  The uncanny silence was broken only by muffled groans and long drawn sighs.”

All that remains from that bombing today is the weathered shrapnel marks on one of the façades of the houses together with the names of those killed on the war memorial metres away at the Strand.

It remains testament to one of the darkest chapters of Sliema. 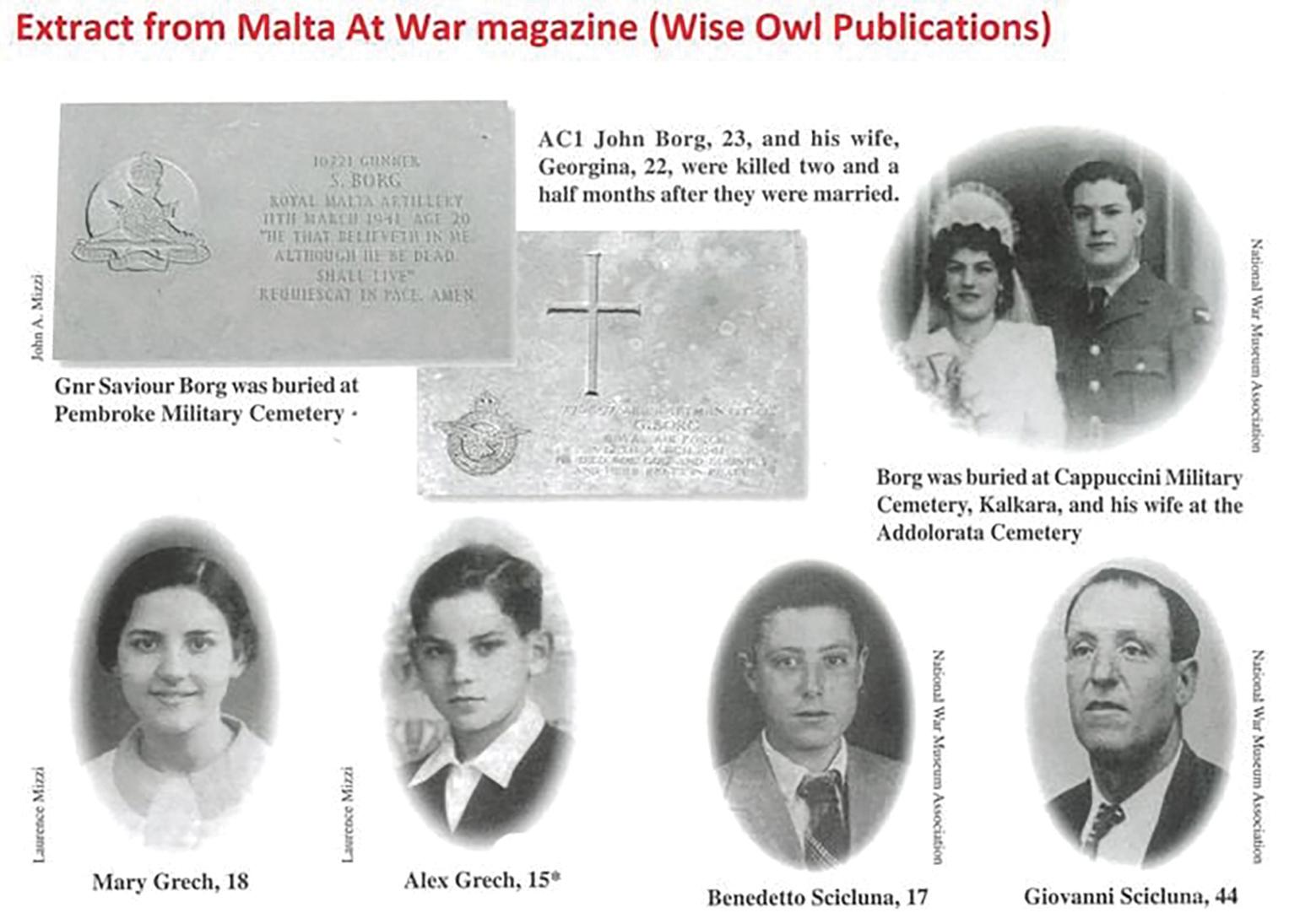 Some of the victims of the bombing.