The Perry Estate Agents head office on Tower Road, Sliema is not your typical corporate space. The open-plan layout looks more like an art gallery, with paintings and old maps hanging on the wall and sculptures nestled in their nook and cranny – two of these, by Andrew Diacono, are entitled ‘The Promise of Sale’ and ‘The Viewing’, and subtly hint at what goes on in this office. The antique furniture doesn’t impose itself – rather, it looks like it has lived here for years. And at the far end, two large glass doors are coloured in by the changing temperament of the sea, just across the road. 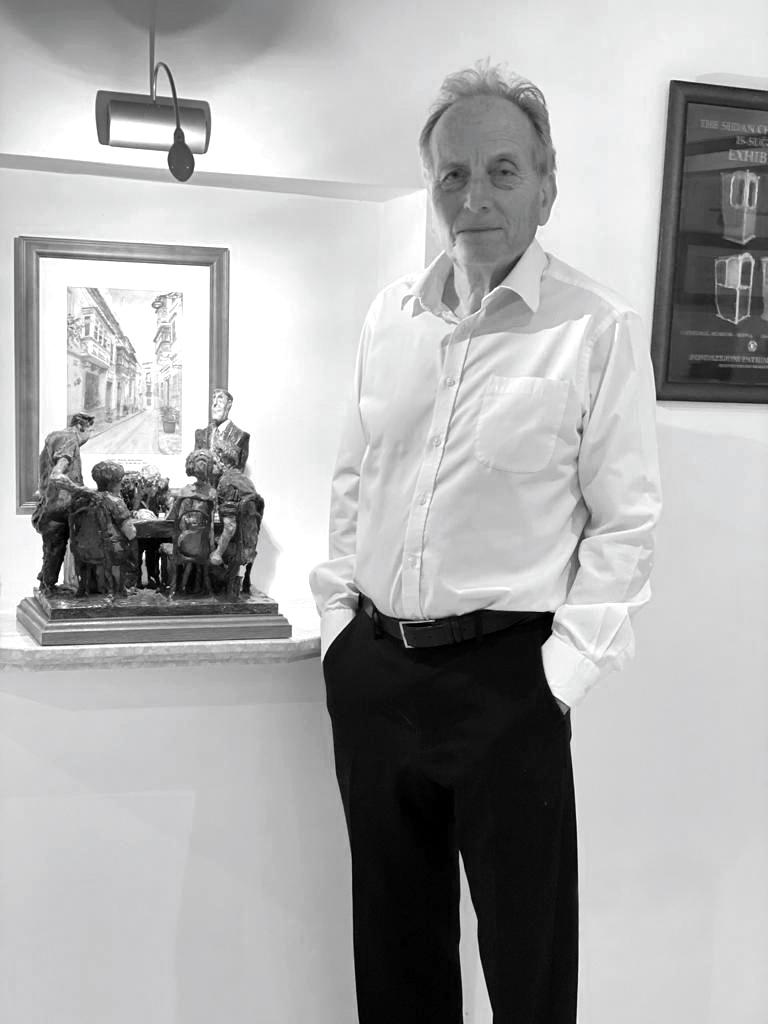 Francis Spiteri Paris and, in the background, The Promise of Sale by Andrew Diacono.

But then, Francis Spiteri Paris is not your typical estate agent either. Founder of Perry Estate Agents, which he set up four decades ago, Spiteri Paris is a conversationalist. And fuelling his conversations is his great passion for art. This is also shown in the fact that on the cover of every issue of Perry magazine – and there have been 59 issues so far – Spiteri Paris chooses a particular painting.

For this year’s issue, Spiteri Paris has chosen an oil on canvas by impressionist John Borg Manduca – with an accompanying study by Richard England.

“Over the years, various paintings have graced the front cover of our magazine,” Spiteri Paris says. “I’ve never chosen wildly expensive, inaccessible art, but rather, art which anyone can appreciate and own.”

Spiteri Paris says that his passion for art preceded his interest in property. 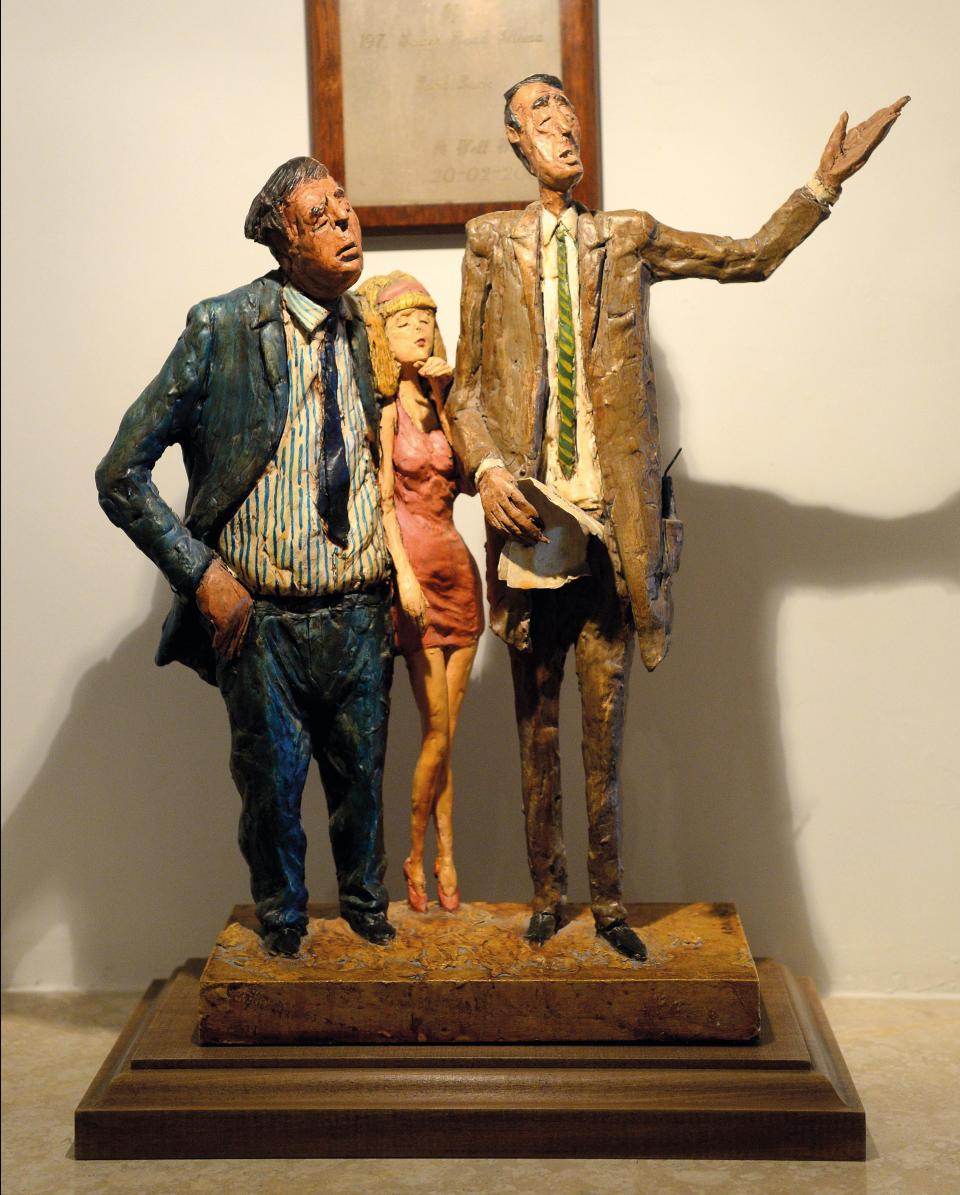 “I would say that property can also be a form of art. You have to curate both,” he says.

“Take Valletta, for instance. The capital needs to be carefully curated in order to be preserved and appreciated.

“But then, the value of curating can be extended to almost everything in life. Our head office is testament to that. For instance, at night, I leave a few lights on, strategically placed, so that people walking by can get a glimpse of the artworks we have here. It’s a subtle effect – but an effective one.”

Subtlety isn’t something that can be happily married to the promotional aspect which is essential to any business.

“I’ve never been one to promote myself,” Spiteri Paris says. “It’s something which I have inherited from my parents. I remember that when I told my mother I had bought offices on Tower Road, she sighed and told me, ‘But Francis, now everyone will be able to see you’.”

Back then, Perry were the first estate agents on Tower Road – fast-forward to today, practically every estate agents have their offices nearby. 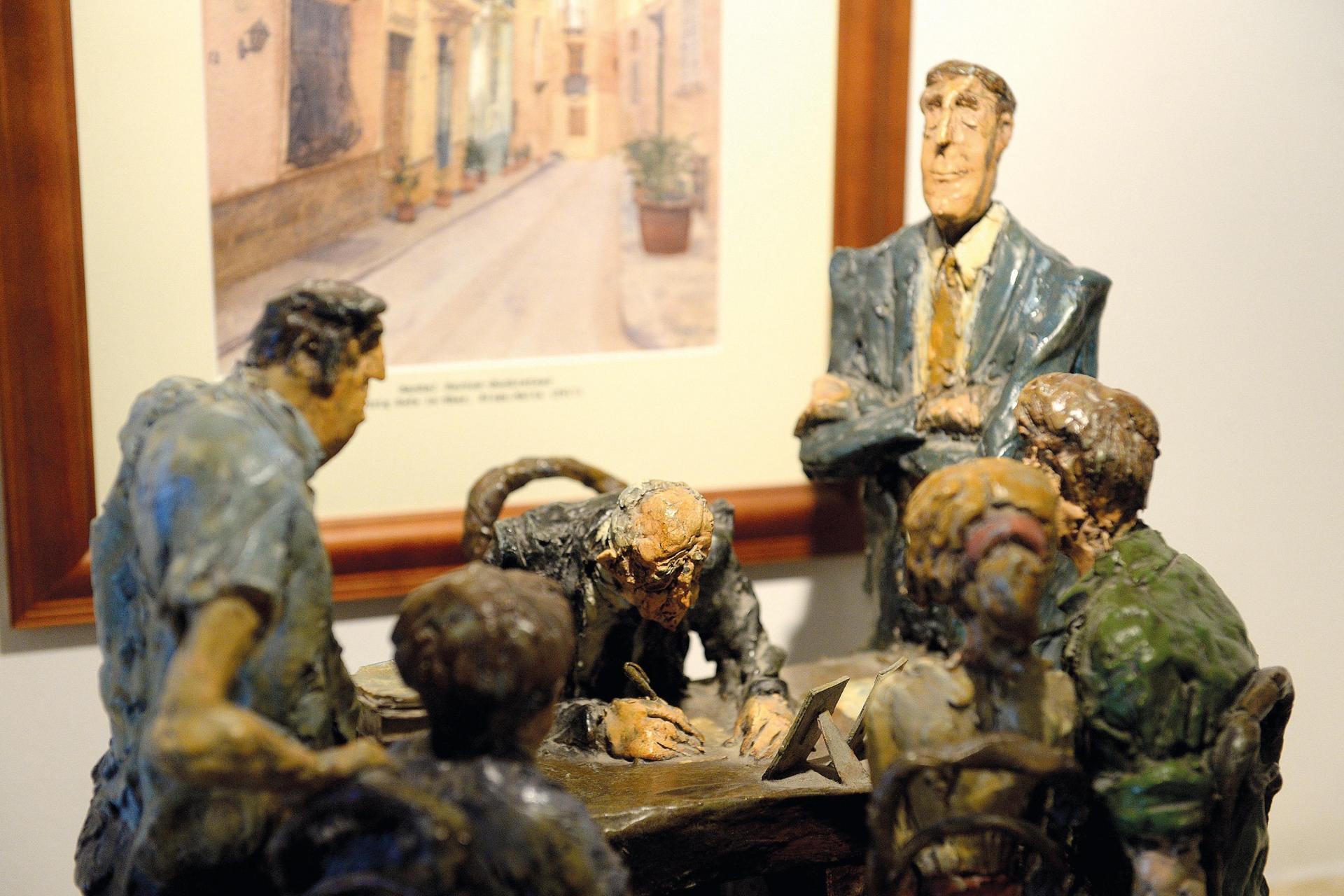 The Promise of Sale (1995) by Andrew Diacono. Photo: Matthew Mirabelli

“In real estate, you have to promote yourself, so having an office here is about location and placement – it’s a beautiful advert,” Spiteri Paris says.

“There is a very fine line between standing out and showing off. And as an agency, we opt for the former – even in the way we promote our listings.”

For Spiteri Paris, the biggest catalyst in property has been the internet.

“When I started 40 years ago, we used to take photos ourselves. I would buy a film of 36, take six photos of each property, develop the photos at a shop around the corner, and then put the photos up on our window. Nowadays, that is unimaginable.

“While property has remained one of the most solid investments anyone can make, the real estate business has changed. There is a lot more property available – including commercial. Lettings has grown to the extent that it has become an industry in itself. And the competition is tougher.

“What distinguishes us is the l``evel of service that we give. It’s a quality that we have built year after year, for four decades.

“It’s just like a collection,” says Spiteri Paris, himself an avid collector. In fact, among other collections, he has a rare repository of Oscar Wilde items, including manuscript letters and the key to Wilde’s cell at Reading Gaol, where the playwright was incarcerated.

“You don’t just buy a collection – you build it over the years. And that is how we have built our service offering.”

This article was first published in the 2020 edition of Perry Estate Agents magazine.