My first experience of Guido Lanfranco was through Rediffusion and, later, television, where his broadcasts, in his inimitable calm lilting voice, on science and natural history opened worlds of wonder. Later, I was fortunate enough to be his colleague for many years and I got to appreciate his geniality, his impish irreverent humour, and his willingness to share his wide knowledge of nature and folklore. Indeed Chaucer’s description of the charming Clerk of Oxenford fits him to a T: ‘Gladly would he learn and gladly teach’. 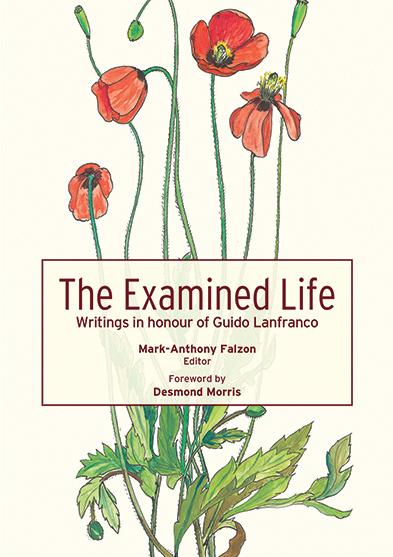 Lanfranco is the last person to see himself as a national institution but it is enough to read through the elegant festschrift to see how many owe him a huge debt of gratitude. Indeed Desmond Morris’s foreword hails him as ‘an exceptional scholar of the most fascinating group of islands of this planet’.

Guido later found a new interest in the study of social man, approaching the study of folklore with energy, zeal, and dedication, realising before most people how the islands were rapidly changing and desperately needed somebody to record what was soon to be lost.

Guido, too, was possibly Malta’s proto-environmentalist when the study of the environment was hardly a gleam in anybody’s eyes. In both fields, he encouraged others who were lit with his enthusiasm. Yet another aspect of Guido’s skills and meticulous approach is his talent as a science illustrator.

His son Sandro, himself a lecturer in plant sciences and evolutionary biology, writes a lovely account that stresses Guido’s qualities as a family man and a scholar. The death of Guido’s father made him the breadwinner for his family and sadly precluded his possibility of entering university. His innate curiosity, deep desire to learn and perseverance more than made up for this lacuna.

Sandro lovingly describes some of his father’s quirks and whims, not least his (unexpected for those who do not know him) irreverent sense of humour. What lies beneath the tunics of the clay models of his female saints will come as a surprise to everybody!

How could Guido have foreseen that his younger brother Edwin, fascinated with his activities in the field and at home, would become Malta’s leading botanist? Edwin reminisces about his early memories when the basement-turned-study and Guido’s library were his Aladdin’s cave and the key to his future.

Alfred E. Baldacchino, a leading eco-warrior, writes about the constant battle to safeguard the natural environment from its decimation by the moneyed exploiters. It makes sorrowful reading and should raise the hackles of all well-meaning citizens.

Lanfranco is the last person to see himself as a national institution but ... many owe him a huge debt of gratitude

Malta’s leading nature photographer, Guido Bonett, shares with Guido a fascination with reptiles and contributes a photo essay of reptiles and amphibians.

Joseph A. Borg, whose speech on the occasion of the conferment of the honorary degree of Master of Philosophy to Guido is also included, writes about habitat associations of local brachyuran fauna. The specific name of the endemic local freshwater crab was actually made in Guido’s honour.

Landscape ecologist and environmental planner Louis F. Cassar too admits his interest in a large species of sand cricket, quite unique to the islands, was fuelled by a specimen Guido used to regularly present at natural history exhibitions.

Illustrations of the ‘Maltese Fungus’ are the subject of David Dandria’s paper. The very first reference to it could possibly lie in Pliny but it attained fame under the Order. First depicted in 1674, it continued to interest travellers and botanists, especially for its acclaimed curative powers.

Mark Anthony Falzon, the editor of the festschrift, an anthropologist by profession but a naturalist by inclination, focuses on blennies – even the humble much-ignored bużullieqa merits an in-depth investigation as new species are discovered. Seventeen species of blennies have so far been encountered in local seas, and three of triplefins. 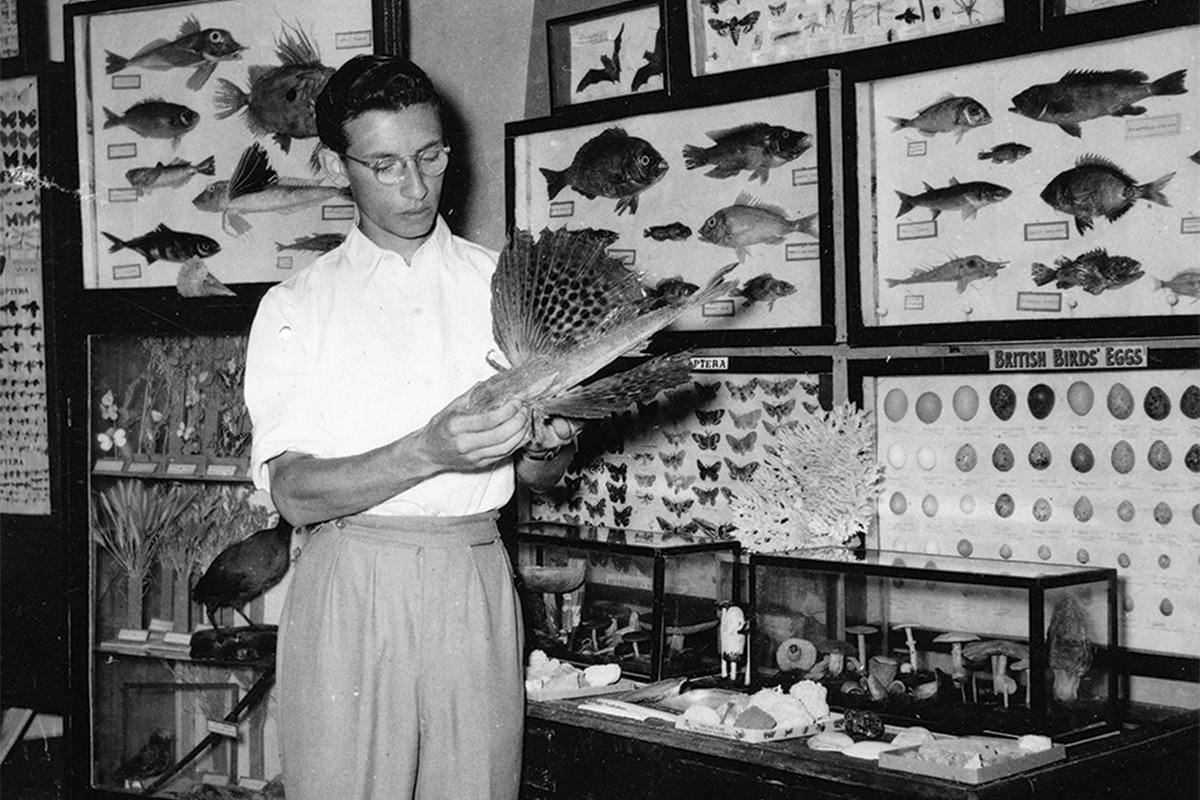 The young Guido with his collection of natural history items.

Jennifer Fiorentino reminisces about Guido as her biology teacher and colleague and contributes a paper on the field of study he encouraged her to follow: lichens, which have not yet attracted much local attention.

The local dragonflies and damselflies are discussed by Charles Gauci, a subject which, until 2008, had only attracted brief references, while Paul Portelli writes about ‘the culture of insects in Malta’. Our brand of progress has seen a marked decline in some species over the last three or four decades, a decline we will come to regret.

Rachel Radmilli writes about the relationship between landscape and human ecology, something which was the very soul of Lanfranco’s work and knowledge of which he helped to disseminate.

Patrick J Schembri contributes his expertise in a paper about the local non-marine molluscs which find the island’s particular circumstances ideal for them. The large-scale importation of plants is also leading to various alien species. Fossilised and ancient molluscs have proved useful in finding out the islands’ prehistoric landscape.

The late lamented Joe Sultana, like Guido an environmental pioneer and his indefatigable friend in many ecological missions, writes about his friend’s line drawings of birds carried out back in 1954. This was Sultana’s last work before he fell ill.

Carmel Spiteri writes about country villas in the eighteenth century built as places to get away from the city. Knights, bishops, the inquisitor, members of the nobility and gentry, all built such retreats, most of them with beautiful formal gardens. Their orangeries were often a means to help in their upkeep.

Anna Borg Cardona discusses the folk-singing tradition and musical instruments in the writings of Juann Mamo, while linguist Joseph M. Brincat writes about the connection between the devotion of the various parishes and the naming of individuals, houses and shops. Modern fashion is encumbering babies with outrageous names which they have to bear through their entire lives.

Social anthropologist Carmel Cassar tells us how the potato progressed from its most reluctant acceptance from its local introduction, possibly in the 1740s, to the ubiquitous accompaniment of many Maltese dishes, thanks to the efforts of the British authorities to wean the people from their reliance on grain.

Caroline Tonna writes about the various developments of the faldetta, the origins of which were the subject of a study by Lanfranco in 2001. The għonella developed particular idiosyncrasies. With a lack of documentation prior to the sixteenth century, even the origin of the terms faldetta and għonella are subjects of academic debate.

Old age is no winter for Guido; rather a bountiful autumn when he can look back at his hard work and enjoy the rich harvest he has worked for throughout his life. He will take pride in the fact that not a few scholars have taken up his life’s work and console himself that he was able to love and cherish the islands before their depredation by the money-corsairs. We, on the other hand, are left with the sad dregs. Ad multos annos, Guido!