Ever since the Maltese government made blockchain and cryptocurrencies a priority, there have been waves of announcements of renowned foreign companies in this sector choosing to invest in Malta. 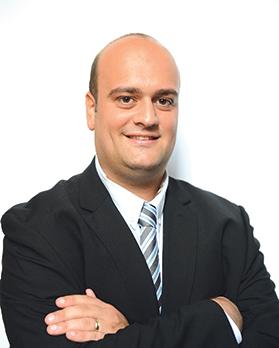 These include Binance, which is one of the largest cryptocurrency exchanges in the world and Okex, a leading digital asset exchange among others.

What makes Malta so attractive? Although other jurisdictions, like the Isle of Man, have already passed laws seeking to regulate the cryptocurrency and blockchain space, no other country went to the extent of Malta on the regulation of the blockchain industry.

The lack of regulation in other jurisdictions tends to lead to a sense of unease with respect to the use of cryptocurrencies, particularly when offered to the public who would not be fully aware of the risks involved in such transactions. That is why Malta found it imperative to push forward a legal framework in which a business could operate in a way that is compliant with existing legislation and where certain safeguards are implemented particularly to ensure market integrity, consumer protection and financial stability.

This confirmed the Maltese government’s and regulator’s determination to embrace the potential of blockchain and cryptocurrencies as disruptive technologies which could alter the financial services sector as we know it.

Malta is one of the first countries that drafted in-depth legislation which shall regulate the issuing of ICOs, cryptocurrencies, the setting up of cryptocurrency exchanges and service providers of Distributed Ledger Technology (‘DLT’).

It is expected that blockchain will revolutionise the financial services industry and other sectors. Some even believe that a complete disintermediation of middle and back office processes is under way. Blockchain can potentially create a reporting system that is more effective than current solutions and certainly more transparent and secure. In future it could become a standard for financial transactions and real-time settlements, increasing both transparency and efficiency in a highly fragmented industry.

Why choose KSi Malta? KSi Malta is one of Malta’s leading accountancy, audit, legal advisory and consultancy firms that can provide assistance and advice in setting up and expanding in this new exciting sector. The firm’s services include: guidance to companies on Initial Coin Offerings (ICOs); advice on the regulatory status of cryptocurrencies and companies trading in virtual coins; act as VFA (Virtual Financial Asset) agent by advising and guiding issuers in registering an ICO with the MFSA; assistance in obtaining licences under VFA; tailored audit and accountancy services for blockchain companies; assistance in the legal aspect of blockchain backed operations; provision of solutions and advice on KYC related matters; act as a registered system auditor; assistance with smart contracts; and ssistance in drafting white papers.

Dennis Mark Gauci is a partner with KSi Malta, focused on the acquisition of international clients. For more information contact KSi Malta on 7984 2439 or dmgauci@ksimalta.com.