This year is a special year for the Carmelites as they are celebrating 600 years since their advent to Malta. 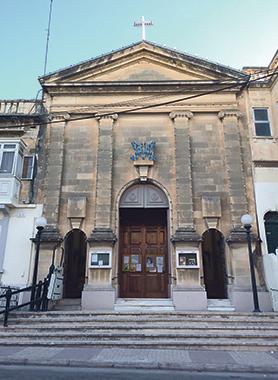 The parish church of Fleur-de-Lys isrun by Carmelites.

On May 7, 1892, the Maltese Carmelite Province was founded previously forming part of the Sicilian Province named after Saint Angelo and becoming independent under British rule.

According to local history, the Carmelites arrived in Malta in 1418, when a noble woman, Lady Margarita d’Aragona, left a chapel and the land around it, at a place known as l-Lunzjata (the Annunciation) in the limits of Rabat, Malta, to the religious order that would recite daily the Liturgy of the hours.

Since the Carmelites accepted to carry out this obligation, they received the inheritance Lady D’Aragona left in her will. This is documented in the book by Fr Serafin Abela, O.Carm, published in 1993 called L-Ewwel Karmelitani f’Malta fil-Lunzjata l-Qadima (1418 – 1659) [The first Carmelites in Malta at the old Lunzjata (1418-1659)].

After the Carmelites had established themselves in Lunzjata, they realised there was a need for pastoral service in Valletta. It was in 1570 that they founded their first priory and church outside Rabat, namely in Valletta. Following this, a few years later, they moved into the Carmelite Priory in Vittoriosa. However, their stay there was short-lived as they only spent 70 years there between 1582 and 1652. Soon after the closure of this priory, they established themselves in Mdina in 1659. Over two centuries passed before they resolved to set up another priory. Thus in 1892 they founded the Carmelite Priory in Balluta, Sliema.

Two decades later and just over 100 years ago, in 1913, they founded the Santa Venera Priory. Subsequently, they established themselves in Fgura in 1945 and Fleur-de-Lys in 1947. In 1980, they set up a priory in Santa Venera. Today, four of these priories are parishes, namely Balluta, Fgura, Fleur-de-Lys and Santa Venera.

Many Carmelites remain known for their life of holiness, their wisdom and for their apostolic work

In 1944, the Carmelites established a secondary school by the name of Scola Mariano Apostolica, in their priory in Valletta. This was later transferred to Santa Venera and became known as Mount Carmel College. Today the school is called St Elias College and has moved to the Santa Venera square. Many vocations are known to have emerged from this school, including Carmelites, other orders and diocesan priests and other people with special professions.

In 1949, the province responded to the call made by the Prior General to send friars to work in the missions in Africa. However, this did not materialise and they ended up establishing themselves in Peru in 1949 and later in Bolivia in 1956.

Nowadays, the Mission of Peru is no longer in the hands of the Maltese Carmelites.

In 1987, the Province set up a church and priory in Milazzo in Sicily, but this had to close due to a lack of members. In 1990, the Carmelites restored the Lunzjata chapel in Rabat and founded the Lunzjata – House of Prayer, where they welcome groups wish-ing to hold spiritual retreats.

Throughout their existence in Malta, the Carmelite friars and religious sought to contribute as much as they could to the Maltese Province. Many Carmelites remain known for their life of holiness,  their wisdom and for their apostolic work.

These include Fr Avertan Fenech whose case for Beatification is under way. He spent long hours praying for people and hearing their confessions. Another worthy of mention is the ‘poet of Our Lady’, Fr Anastasju Cuschieri, who made a name for himself in Maltese literature. 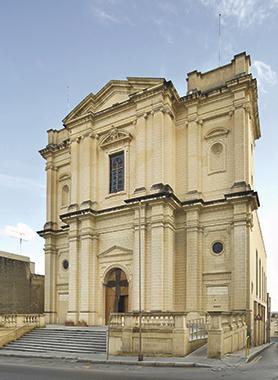 The parish church of Santa Venera

Other authors are Fr Lawrence Sammut and Fr Serafin Abela, who contributed to Maltese education. In addition, a number of Carmelites founded the Carmelite periodical magazine Il-Karmelu to spread the Carmelite charism around our islands.

It is worth noting that among the members of our Province there were two bishops.

One was Mgr Francis Raiti, bishop of Trapani in Sicily and the other Mgr Redent Gauci, bishop of Chuquibamba, in Peru.

Currently, the Maltese province has around 43 priests in all who serve in Malta, Italy, the US and in the mission in Bolivia.

Many events have already been held this year locally to mark the 600th anniversary.

On April 4, the Basilica Sanctuary of Our Lady in Valletta was consecrated by Archbishop Charles Scicluna. A few days earlier, the new paving of the basilica floor was also blessed.

On April 9, an open day was held at the Lunzjata – House of Prayer in Rabat following its restoration.

On May 30, a national retreat for Maltese Carmelite Tertiaries was held by the Prior Provincial Fr Sandro Vella, O. Carm along with Alex Scerri, O. Carm, the national assistant of the Tertiaries.

Today, the commemoration of the Blessed Virgin Mary of Carmel in the Basilica Sanctuary will be held in Valletta. The celebration will be led by Prior General, Fr Fernando Millán Romeral.

Everyone is encouraged to attend this special celebration.