US author KALI WALLACE is interviewed by Ramona Depares ahead of her participation in this year’s National Book Festival.

You sold your first work back in 2010. How do you feel that your style has evolved since then?

I think I’ve grown a lot more confident in my ability to tell emotionally complicated and layered stories with honesty and power. When I first started, I focused a lot on the style of my prose. I wanted everything I wrote to be a bit tricky, which meant I was approaching every story like a puzzle-box that the reader needed to figure out. But as I’ve written and published more, I’ve come to value emotional honesty over those supposedly clever games. I spend a lot more time working on the emotional heart of the story now, and a lot less time thinking about whether I’m outsmarting the readers.

I think this is a natural evolution for me. It’s easy for a writer to start with wanting to prove how smart they are. Where it gets hard – where the real work of telling stories begins – is in getting beyond that initial ego-driven goal and into the complex, messy, painful business of writing about the great and terrible things that humans do to themselves and each other in their lives.

How did you make the leap from short fiction to full novels? Did you find the transition challenging?

On the contrary, I found it liberating. I started writing and publishing short fiction because I had experienced so much trouble finishing things. And finishing a short story seemed like an easier goal to aim for than writing an entire novel. But once I realised that finishing a story was a matter of accepting imperfection – and has nothing to do with length at all – decided to try a novel. It wasn’t challenging at all to make the switch. It felt, instead, like it opened up possibilities I hadn’t known about before.

I still love writing short stories, but I love them in part for the constraints they offer. For me, short stories are a chance to explore deeply, with intense focus, a single emotional event or moment in a character’s life. Novels, on the other hand, are a chance to let my imagination wander and meander and explore as much as I want. 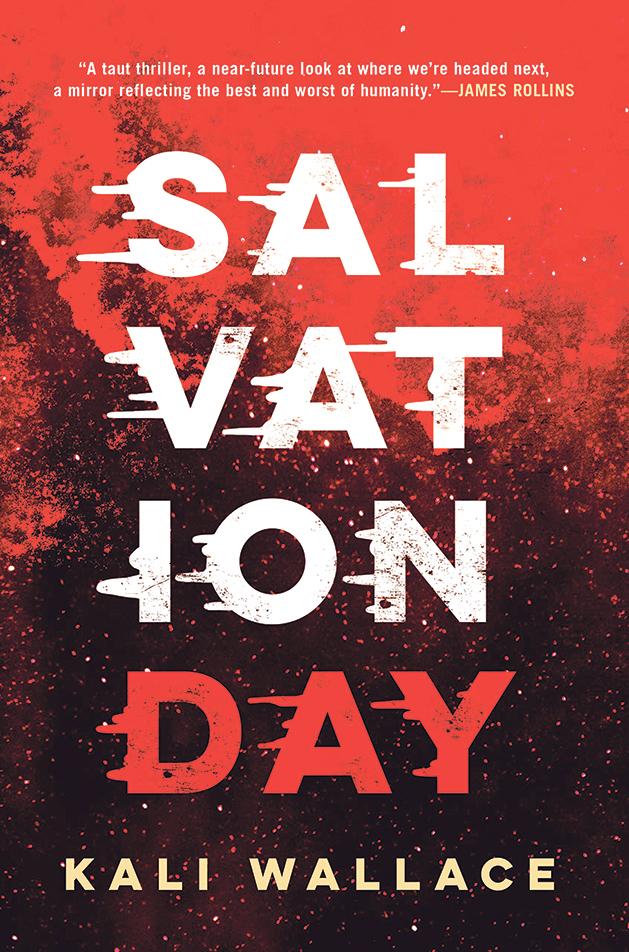 And did the character development and world building adapt too?

Certainly. One of the most important things I learned when I started writing novels was that character development is never a single decision or a single action, but an ongoing process, one full of fits and starts and reversals. People are complicated creatures, and characters ought to represent that. Short stories allow for more shorthand in characterisation, which is not to say they’re easier, because that also means there is very little room for error, and absolutely no room for false or unconvincing character notes.

When it comes to world building, I find that short stories challenge me to reduce a world to as few principles as are needed to convey what I need to convey, whereas novels challenge me to think through countless repercussions and consequences to make the world feel like a living, breathing place. Both approaches are challenging, but both are also quite a lot of fun.

Is there a format you prefer?

I love writing novels more than anything. I love how immersive and consuming writing a novel can be, and that’s where I spend most of my time and have most of my fun these days. I have an endless backlog of novel ideas I want to write someday and don’t see myself slowing down any time soon. I do still write short stories, but I do so slowly and sporadically, only when the urge seizes me.

Where do you find your inspiration?

Everywhere. In history, in the news, in conversations with people, in other stories, in hours spent daydreaming. The world is full of stories, and it’s easy to find inspiration if you are voracious about learning everything you can.

You are known both for your children’s work and for adult fiction – which audience do you prefer writing for?

I don’t really have a preference, because for me the writing process isn’t all that different. I plan to keep writing across age groups in the future. I will say that I really love meeting with teenagers at schools and book events. The youth of the world today are so incredibly sharp, talented, generous and open-minded. It’s a joy to talk to them about the stories they love and the stories they want to share.

Your first adult novel, Salvation Day, is a sci-fi horror thriller that paints a very bleak future for Earth. What inspired this theme?

I think it’s hard to look at what’s going on in the world today, all around the world, and feel optimistic about humanity’s near future. That doesn’t mean I feel hopeless – on the contrary, what I feel, and what I try to capture in my writing, is a feeling more like frustrated anger. The Earth is warming and ailing, species are dying, fascism is widespread, human rights continue to be trampled everywhere – reading the news in this day and age is not a particular cheering activity, is it? As I was writing Salvation Day, I specifically wanted to imagine a future in which humanity might survive the consequences of its worst actions and explore what sort of society might grow in the aftermath.

Did you also intend it as a social commentary about the choices humanity is making, and the path we’re taking this planet on?

Yes, I did. I think that humans will remain human, however, we change in the future, and therefore we’ll keep making the same mistakes over and over again. But I don’t think that means we stop trying to do better. I think that being aware of the mistakes that return with every autocratic leader, with every technological revolution, with every environmental catastrophe is absolutely vital to learning how to respond to those mistakes when they happen again.

Can you give us any peek into your other adult sci-fi novel?

Sure! It doesn’t have a title yet, but it’s another sci-fi thriller. It’s a murder mystery set on a remote asteroid mine in the not-so-distant future, when humanity has begun to colonise the solar system but hasn’t reached out much farther. It’s set in a world in which massive solar system-sprawling corporations hold the majority of political and economic power, where advanced artificial intelligences run entire space stations on their own, and people have to fight to have any say over their own futures. It’s similar to Salvation Day in that it’s another fast-paced, claustrophobic sci-fi thriller, but it’s set in a world much closer to our present day and contains a much stronger mystery element.

What kind of research do you tend to carry out for your books?

I tend to be the sort of writer who researches after I’ve written a first draft and know what it is I need to know to make the book work. I have a background in the sciences, so I have a strong foundation for figuring out what I need to research for the science fiction aspects of what I write. I tend to research piecemeal and randomly: when I run into something I need to know, I go on a dive to learn about it.

Your narratives tend to include a bit of a dark streak. Is this planned/intentional? Where does it spring from?

Yes, it is intentional, and the reason for it is simple. The stories that most captivate me are those in which we follow people who face and endure terrible trials. I don’t believe there is anything ennobling about hardship, but there is something revealing about how a person responds to hardship, or survives in a difficult world, and those are the facets of humanity that I most love to explore. I do try to also include hope in my stories, because the fact that humans keep fighting and striving for a better world is part of who we are as well.

Have there been any authors who shaped you/influenced the direction of your writing? If yes, who?

I tend to believe that everything we read shapes our writing, whether we are aware of it or not, so this is a difficult question to answer. I will say that I remember the exact moment when I read something that made me want to become a writer: it was when I was a teenager and reading Ray Bradbury’s Something Wicked This Way Comes. When I read the opening scene, about a lightning rod salesman coming into town before a storm, and there is so much ominous promise in the first paragraph that it makes your hair stand on end. I remember reading that and thinking that I very much wanted to be able to evoke that kind of atmosphere and feeling with nothing more than carefully chosen words.

Is this your first time in Malta?

Yes, it is! I am so excited to have a chance to explore Valletta and other places around the islands.

What are you expecting from the book festival?

One of my absolute favourite parts of being a writer is meeting readers and writers from all different backgrounds and interests, so I am most looking forward to that. I love that the festival puts so much focus on young readers, because they are some of the most fun to talk to as a writer. But most of all, what I expect is a few days spent meeting other people who live and love stories as much as I do.

What is your advice to up-and-coming writers?

Read widely and generously. Keep writing. There will be setbacks, but you can work through them. And most of all, ignore trends and fashions in literature to remain focused on the stories you want to write, how you want to write them, to tell the truths that only you can tell.