A Gozitan couple was forced to hastily change plans for its wedding after a storm sparked a fire in the church where they planned to get married.

Gabriella and Remi Azzopardi had postponed their wedding twice because of COVID-19, and hoped they would finally tie the knot in St George’s basilica in Victoria, Gozo last Sunday.

However, the overnight storm sparked a fire in the basilica’s main switches at around 4am.

“We managed to contain the fire before it spread out of control,” said parish priest Fr Joseph Curmi.

“But until then, smoke had already spread throughout the church, leaving behind a layer of soot which covered every inch of the basilica. The air was thick and foggy and we couldn’t possibly open the doors for Sunday masses, let alone for the wedding.”

Two and a half hours later, Gabriella was still sleeping at home, completely oblivious to what awaited her. She planned to wake up to start preparing for the wedding at 6.45am but a phone call from Fr Curmi jolted her out of her sleep.

“I don’t mean to frighten you, but the church caught fire and we can’t marry you here,” the priest told her.

“I know he loves joking and at first I thought he was messing with me. But it was true.”

Gabriella stood on the edge of her bed in disbelief. Their wedding plans had been met with so many disruptions during the past months and she just could not believe something so improbable would happen on their big day. 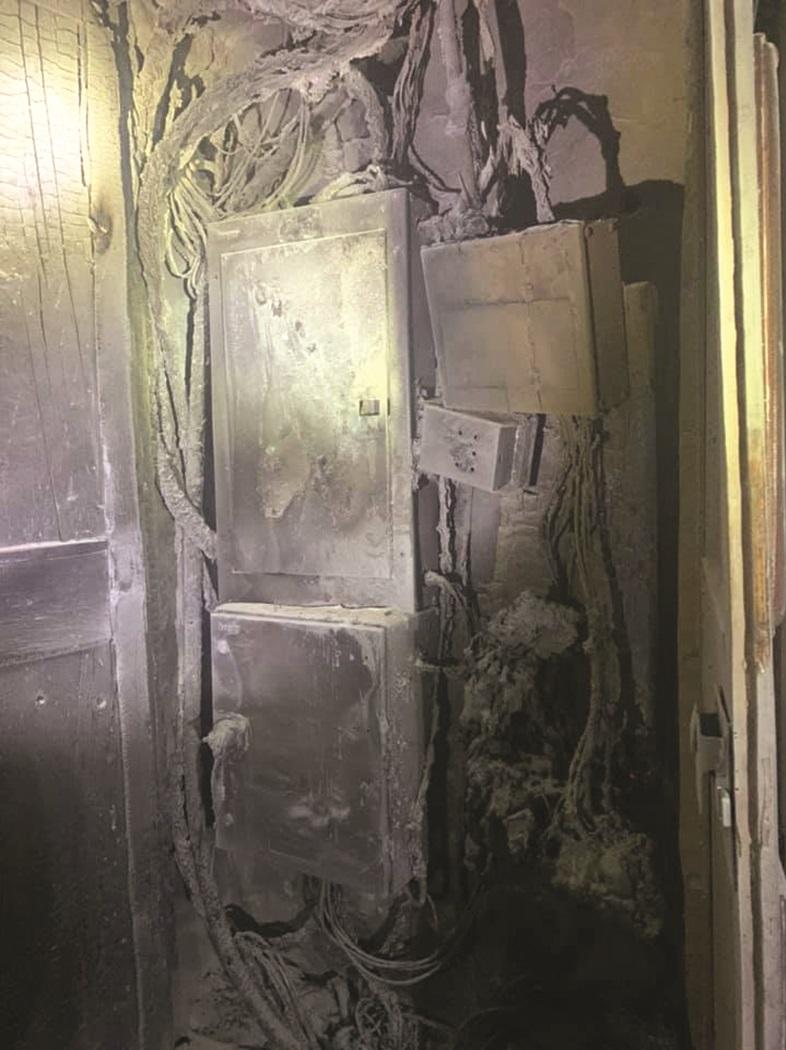 A storm sparked a fire in the basilica’s main switches at around 4am.

“I cried for a few seconds, but eventually knew I had to accept it,” she said. “That church means a lot to me because I was raised there and it is where we have always celebrated my family’s most significant moments,” Remi said.

But the couple could not let emotions get in the way of their wedding plans.

“After some time, we both looked at each other, smiled, and said, ‘one day this will be a great story to tell our children’.”

With a few hours to spare before the wedding, the couple had to find an alternative church and set it up, inform all guests of the change in venue and ask musicians, flower arrangers and the rest of the wedding planners to change course.

Fr Curmi asked the couple to indicate another church. “Just tell me where you wish to get married, and I promise I’ll do whatever I can to marry you there,” he told them that morning.

With a few hours to spare before the wedding, the couple had to find an alternative church

The couple asked to get married at the Gozo Cathedral, which is just up the road. Historically, the two parishes have been rivals for decades. “Everyone was surprisingly understanding and cooperative,” the couple said.

“The cathedral parish priest welcomed us with open arms and had people come to prepare the church and wash the square on a Sunday morning. Flowers and music were transferred there and our guests turned up at the cathedral. Within a few hours, everything fell perfectly into place.”

Gabriella and Remi say the ceremony was just wonderful. Fr Curmi says the incident in the basilica could have been much worse.

“A priest who works in the parish saw the fire first and rushed to the church and alerted me. If he hadn’t noticed it in time, the flames could have spread throughout the place and burned down the whole church,” he said.

“We were lucky it happened close to dawn, when we’re usually preparing to open the church for early mass.”

Fire extinguishers were used until firefighters arrived. “It was hard to control the flames. The moment we manage to take out the flame, another spark reignited the fire.” 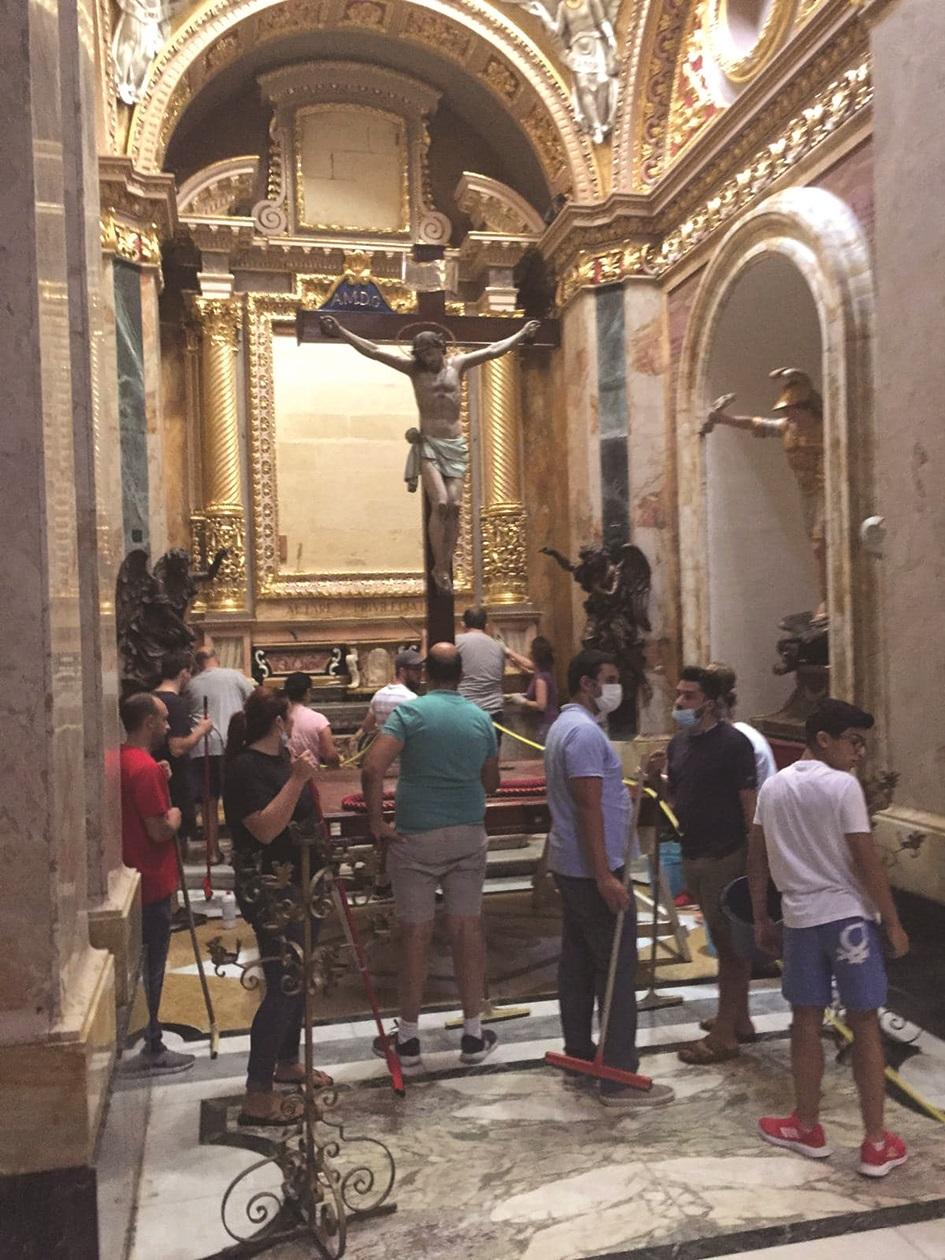 People showed up with buckets to help clean the mess. Photo: Facebook

Early that morning, Fr Curmi took to social media asking parishioners not to go to mass, but asked if they could bring buckets and mops with them, to help with the cleaning.

“Within minutes, people started showing up with buckets to help us clean up. There were some 50 people there,” he said.

“It was beautiful. I saw some of them tear up as soon as they arrived and saw their church in that state. Some of them had their own homes flooded after the storm but still chose to come clean the church instead of their house.

Fr Joseph was impressed with the newly-weds’ reaction. “Even though they were in a race against time to plan their wedding, they kept messaging me, asking me if I was OK,” he said.

A magisterial inquiry is underway to determine the cause of the fire.