Xagħra mayor Christian Zammit, who is outspoken on Gozo’s environment, claims a scaremongering campaign by the construction industry to “eliminate” him was behind his dismal electoral results as a Labour Party candidate.

In his post-election analysis, he talks about the boycott against his candidacy and threats from the construction industry, expressing frustration that he misread the island’s sentiment and that his anti-construction battle to safeguard the environment was “not relevant” to its population and was not reflected in votes. 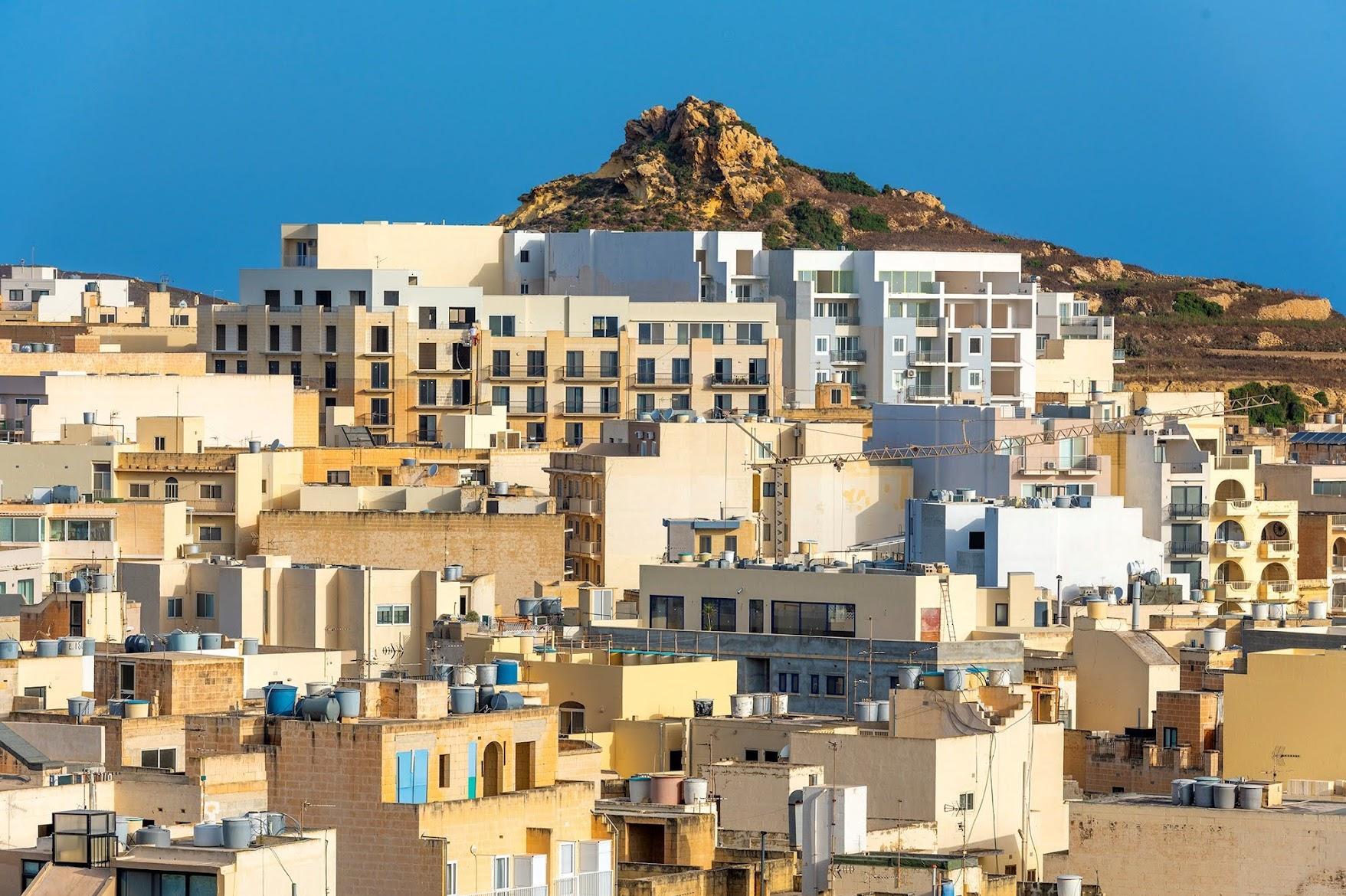 The electorate was characterised by a focus on “immediate gains and short-sightedness”, having raked in heaps of money from the construction industry, Zammit maintained, warning Gozo stood to lose its competitive edge in tourism in the long term.

But while Gozitans were finally starting to rise up and complain about noise and dust, at the end of the day, this was not the top priority compared to what they were “pocketing right now”, and Zammit’s battle cry was perceived as a “threat”.

The construction industry was a strong economic motor in Gozo, Zammit acknowledged, not just for builders, but for thousands of Gozitans, including plumbers, electricians and cleaners.

“And Christian Zammit was perceived as a dangerous candidate, who could put spokes in the wheels of this strong motor.”

“I thought I was talking in the name of many, but in a general election there are obligations that trump the environmental card."- Christian Zammit

Despite mounting disgruntlement on the part of the Gozitans – and behind-the-scenes support – Zammit only got some 415 first-counts votes, which left him lagging behind in the race.

The mayor’s political career has seen him contest six elections, mostly local, including unsuccessfully running for MEP, and he has headed the Xagħra local council since 2019.

Zammit also acknowledged that as a late-arrival candidate, with a mere five-week-long campaign and barely any financing, he could not expect miracles.

“I thought I was talking in the name of many, but in a general election there are obligations that trump the environmental card, which slides down the priority list,” he said.

Zammit’s gripe about his defeat at the polls is not a matter of sour grapes, but he blames the mentality of omertà in the “traditionally insular and conservative” district, where any radical change is feared and even considered “blasphemous”.

“I meet hundreds of people who pat me on the back for what I am saying, agree with me and tell me to continue, but also say they cannot support me openly because they are indebted to someone else.

“Omertà is the first thing that has to go. We are afraid to talk in an island where everyone knows everyone. I am almost considered ‘mad’ because I speak my mind,” he admitted.

While a grassroots movement has been forming, with even the locals starting to voice anger at overdevelopment, and all mayors joining forces against it, Zammit even doubted whether the members of a newly set-up Gozitan environment NGO, with the same battle cry, had voted for him.

He put this down to the fact that he was a PL candidate, which made it “strange” for them to support an environmentalist linked to the party.

“But I have always said the PL, both traditionally and ideologically, should be the party of the environment,” he continued, acknowledging that people may have felt frustrated by its track record in the field over the last five years.

His outspoken approach could also have been interpreted by factions of the PL in a way that “I was putting spokes in the wheels of the government and my own party,” Zammit maintained.

“But I have always believed the PL needs people who criticise it internally as I did on the environment, because the moment this ends, the party starts dying. This is one of the PN’s main problems right now.”

A victim of threats

On shunning candid candidates, Zammit said he “understood” the plight of St Julian’s PN mayor Albert Buttigieg, who was up against a “tsunami” of problems in his locality’s fight for the environment but was given 24 hours by his own party to substantiate claims that an official conspired with a “fat cat” to silence him.

“I too faced factions of the Labour Party who saw me as outspoken and had a negative perception of me.”

Zammit also expressed solidarity with Qala mayor Paul Buttigieg and his “honest crusade” to preserve Gozo, insisting that while he may not have suffered similar physical attacks, he too was the victim of threats.

Calling out the “bullies” in the construction industry, he said they were given airs by the parties, who had been hijacked. Zammit has challenged controversial construction magnate Joseph Portelli on his projects, and when asked about any backlash, he said hundreds of Gozitans worked for the developer, or had relatives who did.

“I am not saying Portelli cannot build a tower in St Julian’s, but in Gozo, development should make sense for the island and not ruin its streetscapes and skylines.”

The mayor had gone all out against development in Xlendi – “a huge pastażata” – only to be told that a lick of paint would eventually sort it out.

This was the sort of attitude he was up against and left him speechless. But he has no plans to throw in the towel.

“Unfortunately, I love Gozo too much not to talk,” Zammit declared. “I cannot look the other way.”

What is needed to save Gozo

The island needed a culture change, but also radical electoral reforms in party and candidate financing, in the collection of funds, as well as the “prejudiced” ballot paper that instigated donkey voting, Zammit insisted.

On the culture change, “we care about the inside of our homes, but when it comes to the outdoors, we could not care less,” he said, noting that waste collections from picturesque valleys left him flabbergasted at the lack of civic sense.

Clientelism was another scourge and the “bloated” parliament needed to be drastically reduced to decrease this.

“Electoral districts should be halved to around six to limit clientelism and the race to the bottom, with candidates promising anything to everyone to gain that extra bunch of votes that could make the difference.

“We look at short-term gains from clientelism as the best solution. If we are doing well, we do not care what will happen in five years’ time,” Zammit said.

‘No one is pulling my strings’

Fundraising marathons for political parties were perilous and should be illegal, he also insisted.

“They scare me and could lead to influence. Big donors are a threat to democracy,” he said, stressing that the strength of lobby groups, stemming from their donations, had to be curbed.

“I am pleased I had no sponsorships because I am not indebted to anyone, and I could speak openly about my position without fear. No one is pulling my strings.”

This meant he could push a “drastic” electoral proposal for all parties to insist on Gozo’s preservation.

“I am not against development and progress. But Gozo needs to remain competitive in tourism from the beauty aspect, like the Greek, Aeolian and Balearic Islands and Sardinia.

“Competition is strong post-COVID, especially in terms of quality, in the surrounding Mediterranean, and the uncontrolled development in Gozo over the last years is going to leave ugly consequences in the long term, ruining the landscape, villages and valleys that make us unique.”

The visual impact is already there, Zammit maintained, but soon it would hit tourism too.

Had he been elected to parliament, he would have continued to push – with more power than a councillor – for a study to review and adopt ad hoc planning policies to protect Gozo.

Zammit believed the next election would see an even larger percentage of abstentions because of disappointment in both parties when it comes to the environment.

“If they do not tackle this issue head-on, the number of non-voters will be bigger,” he said, convinced that of the thousands who stayed home, many were frustrated about the environment.

“But instead of supporting an outspoken candidate, they simply did not vote.”