Artist Gabriel Buttigieg is on his way to Poland with a 13-strong collection of paintings that will be exhibited at Gdansk’s Academy of Fine Arts. Ramona Depares catches up with the artist to learn more about these new works.

That artist Gabriel Buttigieg’s art invariably conveys a dark sexuality is no secret. This is an element of Buttigieg’s signature identity that comes out even more forcefully in his latest collection of paintings, that is currently in the process of being set up at Gdansk, Poland, for the artist’s first solo exhibition there. 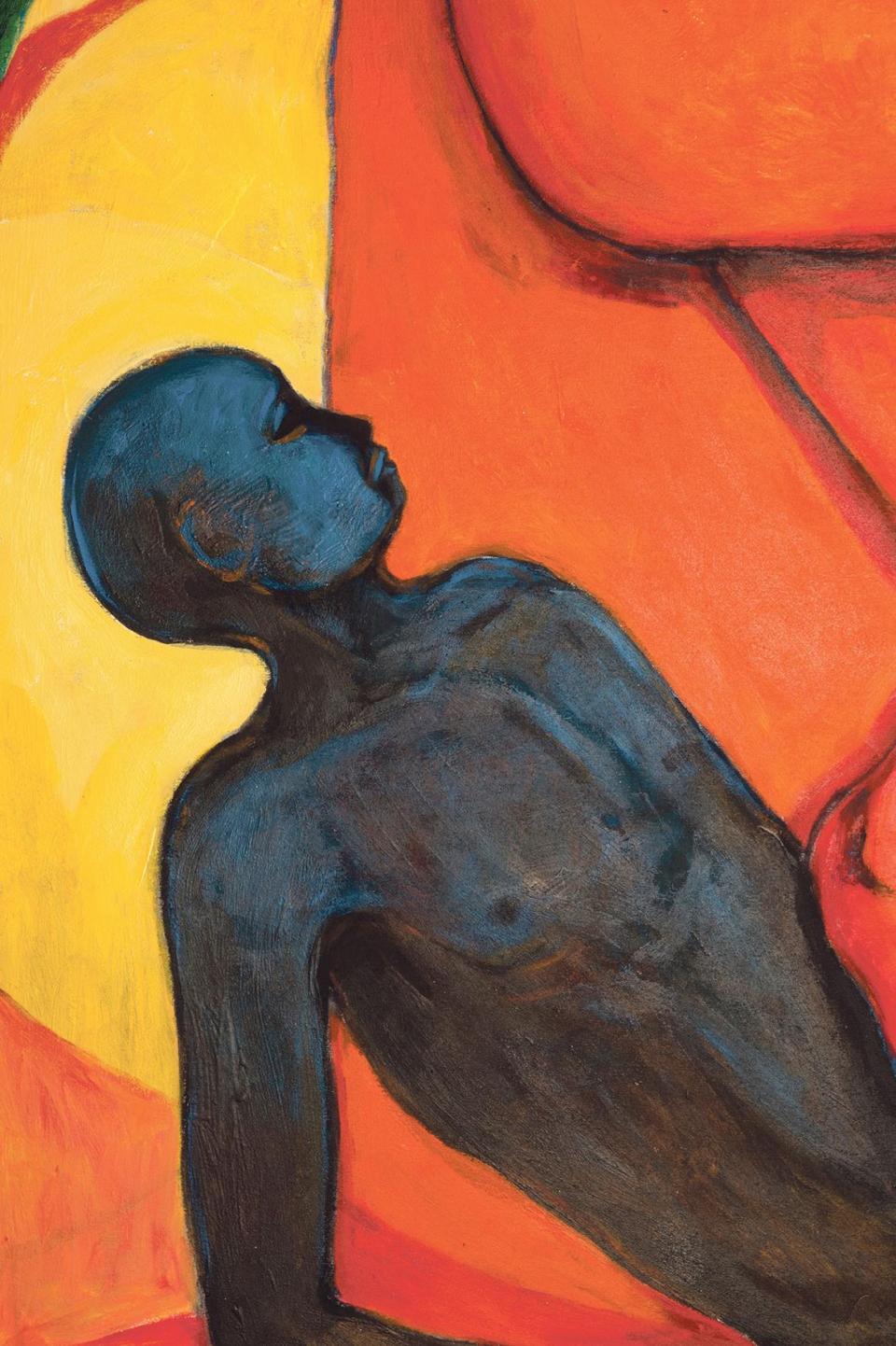 It is a collection that pulls no punches – while his last exhibition Saudade presented the lazier aspect of sensuality with bright hues and voluptuous forms, these works present a more intense, unabashedly disturbing mood. The palette is dark, but vibrant, the strong hues of red, green and brown conjure an element of danger despite, or perhaps because of, the vulnerability of the naked bodies interacting together.

I meet Gabriel to get an insight into these new works and, as soon as I mention this feeling of impending danger he nods in agreement.

The Mediterranean aspect is likewise strong – everything from the citrus fruits to the languor, the beach, the sea, and the dominant female figures channel the narrative of Calypso and The Odyssey. A conscious choice by Buttigieg, who wanted to create a stark contrast between Malta’s Latin warmth and the colder climate of Poland, where the works will be exhibited. 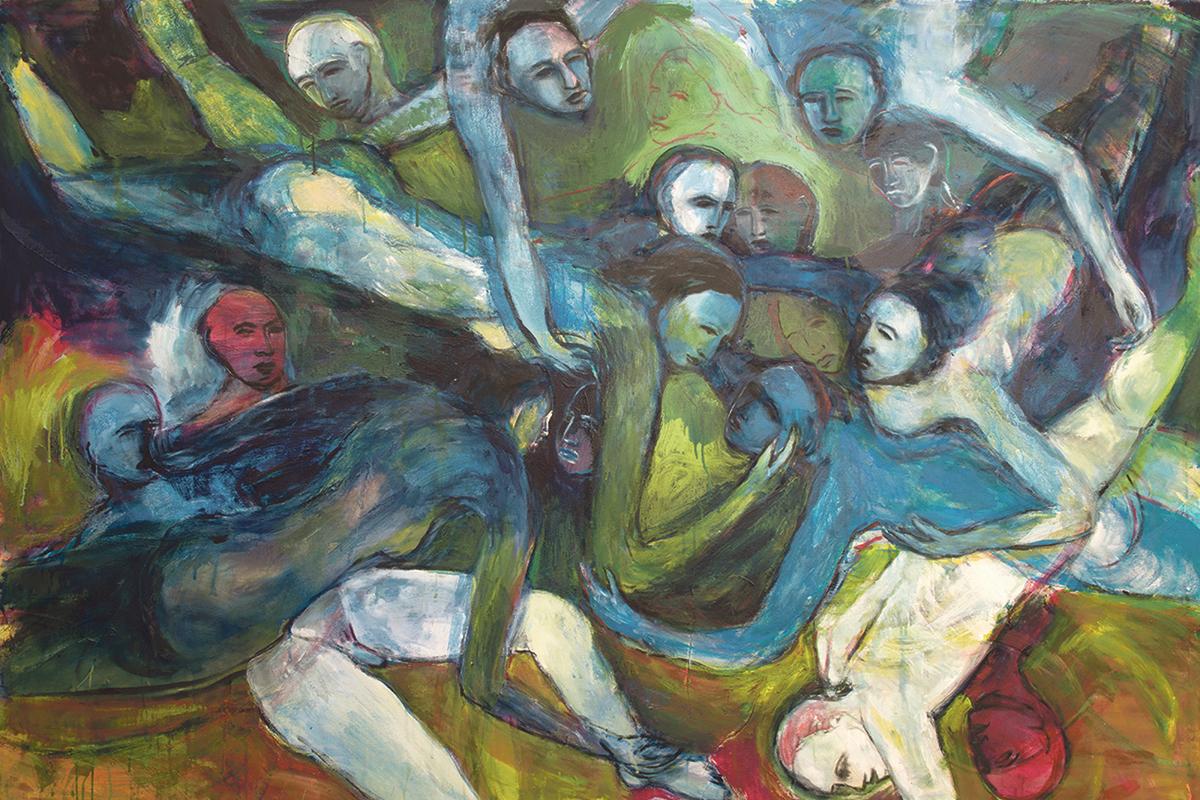 Sirens (from ‘The Beach’ series)

My art always contains a theme of humanity, sex and death

“The male figure in these works is a bit more subjugated with respect to the female one. It comes to me as an almost unconscious gesture, portraying the woman as a stronger figure in my works. The females here are sirens, provocative, in keeping with the tale of Calypso. There is eroticism, with danger running alongside,” he tells me.

The works are, in fact, titled in such a way as to complement this whole narrative and are broken down into series. ‘The Primordial’ series portrays the interplay between man, woman and nature; ‘The Beach’ series is decidedly more intense and disturbing; Figures in a Landscape presents a more static and possibly more vulnerable landscape, due to the supine, mostly solitary figures.

A total of 13 pieces will be shown at Gdansk’s Academy of Fine Arts, an exhibition that has been facilitated thanks to Malta’s Ambassador to Poland, Jean Paul Grech. Curated by Vince Briffa, the exhibition will run until October 8 and will, in all likelihood, also be shown in Malta at a future date. What kind of reactions does Buttigieg expect these works to inspirein Poland? 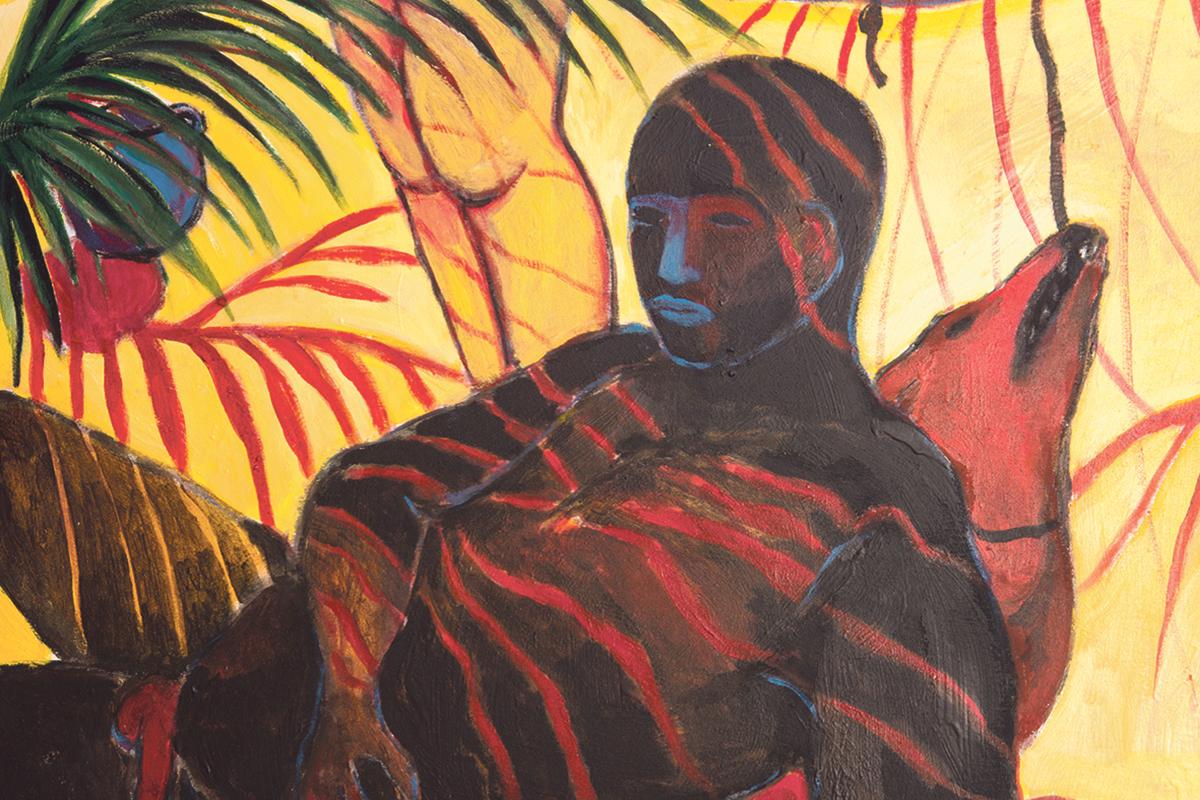 “Poland is far removed from our own culture, and this is partly what inspired me to present the contrasts. I do have a bit of a niggling worry as to how they will be perceived. There was a lot of brainstorming between Vince and myself and you can definitely see his influence as curator in these works. Vince is an existentialist, he was the one who urged me to paint my demons in a more obvious manner. And he was right to do so. I was also going through a bit of a staticity crisis, so I also made sure that I went for movement with this collection,” the artist says.

The entire collection was completed in two months. The project is supported by the Malta Arts Fund, in collaboration with Akademia Sztuk Pięknych w Gdańsku @aspgdansk and the Maltese Embassy in Warsaw. 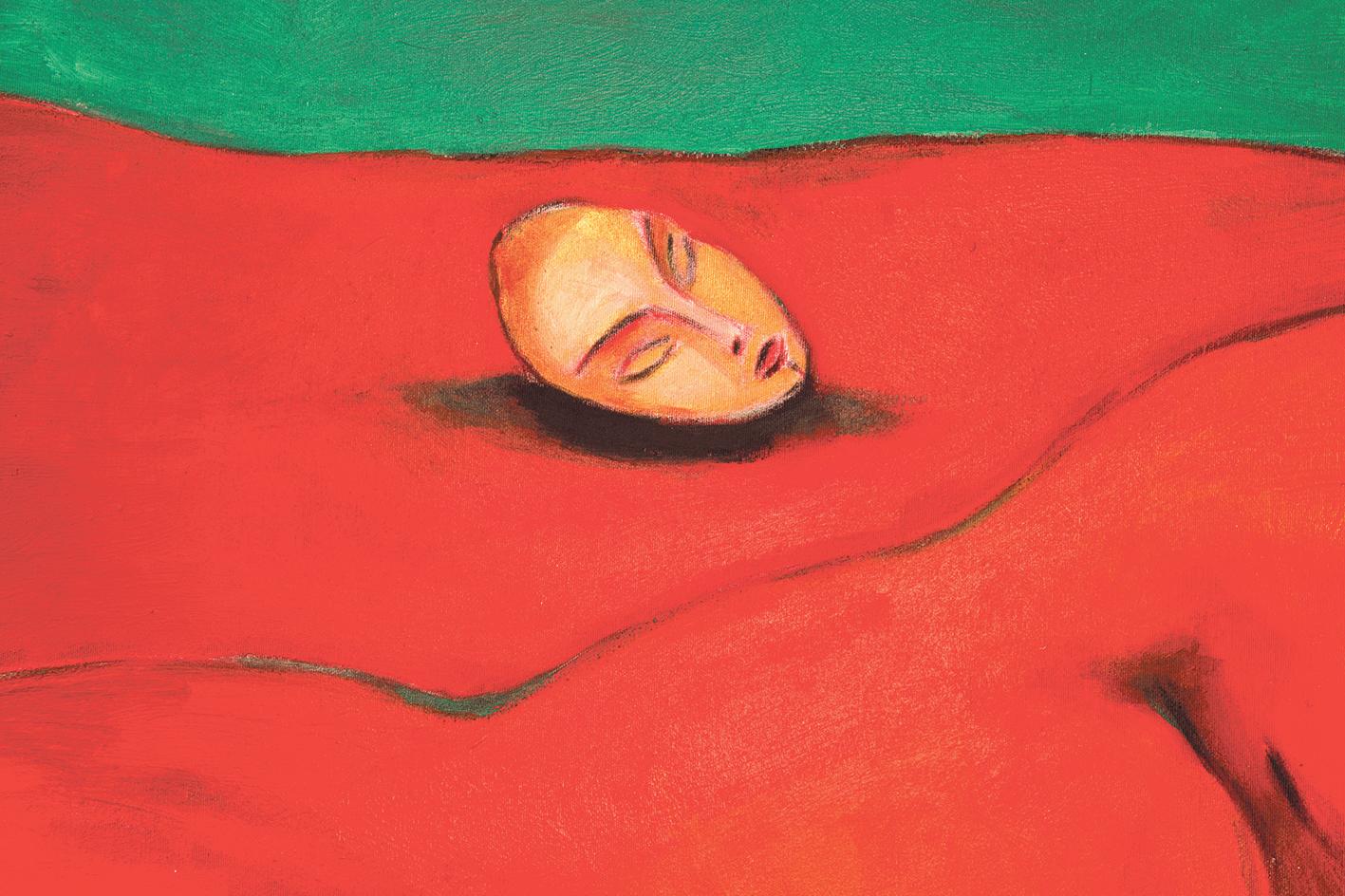 Figures in a Landscape (in Red & Green I) detail