The first in a series of stories published as part of the Daphne Project quoted witnesses saying that Economy Minister Chris Cardona had been seen drinking with one of the three men facing charges of murdering Ms Caruana Galizia.

Dr Cardona’s presence at a bar frequented by the men accused of murdering Daphne Caruana Galizia was flagged to the inquiring magistrate in the case.

Brothers George and Alfred Degiorgio are in custody, standing accused of the murder, along with Vincent Muscat. All three men deny the charges.

The witnesses described the minister as a regular visitor to the bar on weekends and said they had seen him having a drink with one of the men both before and after Ms Caruana Galizia was murdered.

The Daphne Project is an investigation by more than 18 international media organisations dedicated to continuing the work of Ms Caruana Galizia. They include top-flight newspapers The New York Times, The Guardian, La Repubblica, Le Monde and Süddeutsche Zeitung. Malta is represented by the Times of Malta.

When first contacted by Daphne Project journalists, Dr Cardona was adamant that he “does not recall” speaking with any of the men accused of carrying out the car bombing.

“Like most seasoned criminal lawyers in Malta, I know who some of the suspects in the case are. The particular pub you mention welcomes patrons from all walks of life, including other politicians,” Dr Cardona said.

Commentators also questioned if the minister had ever approached the police

The minister’s replies prompted the Times of Malta to seek further clarification, asking him if he had ever been at the Siġġiewi bar at the same time as one of the men.

Commentators following the story also questioned if the minister had ever approached the police with the information, yet when he was asked, Dr Cardona argued that his answers supplied to the Daphne Project were sufficient.

He went on to vehemently deny ever being in the bar at the same time as the men. The next day, however, while voluntarily giving a statement to the police to “clarify the allegations made”, the minister backtracked, saying that he “does not exclude the possibility that there might have been any of the suspects at the bar at the same time, in the same way that he does not exclude that there were several others, including politicians from the Nationalist Party”.

Moments after the story broke on Tuesday evening and as all eyes were on Malta as the different news agencies broke their related stories, Opposition MPs walked out of Parliament after a request for a statement on the allegations was turned down.

In making his request, PN leader Adrian Delia had called upon the Home Affairs Minister to deliver a statement on the allegations, asking if Mr Cardona had in fact met the individual in question.

Dr Delia asked Prime Minister Joseph Muscat if he was aware of the claims that Dr Cardona was a regular at the Siġġiewi bar and if so, why he had never spoken up about it.

The revelations also drew strong criticism from activists, with four groups – Occupy Justice, l-Awturi, il-Kenniesa and the Civil Society Network – taking matters into their own hands and filing a formal complaint at the Valletta police station that called on the police to investigate the minister.

The farmer who witnessed the bombing of journalist Daphne Caruana Galizia believes she must have realised something was wrong moments before the two explosions in her car and described her scream after the first blast. Bidnija resident Frans Sant, 60, who says he is still coming to terms with the killing of a neighbour he knew and respected, told journalists from the Daphne Project that Ms Caruana Galizia had stopped her car even before the first explosion occurred, suggesting she must have realised that there was a problem.

“She must have felt something, because she stopped before the explosion,” Mr Sant said, adding it was only after the second and fiercest blast that he realised a bomb had been planted in Ms Caruana Galizia’s car.

She must have felt something, because she stopped before the explosion

He was driving up the Bidnija road at the same time as Ms Caruana Galizia, in the opposite direction, when he saw her car stop as she approached his, so close that he heard her scream as the first explosion scattered debris nearby. “I even heard her scream… a big scream. But as soon as she screamed, she became a ball of fire,” Mr Sant recalls, adding there were only a few seconds between the first and second explosions.

Mr Sant described Ms Caruana Galizia as a “kind” woman, adding that he trusted her and her work.

“She was really nice, poor lady. We have missed her.” 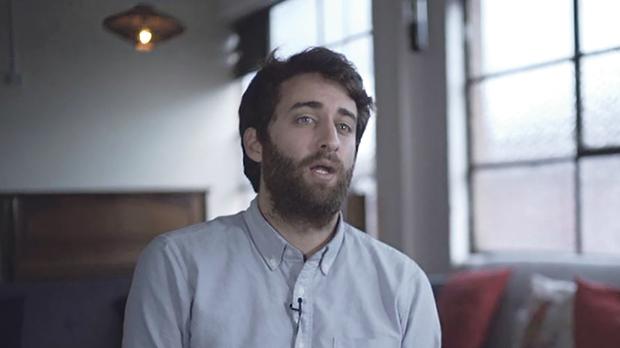 ‘Being blown up not an inevitable occurrence’

Saying that precautions could have been taken to prevent the assassination of journalist Daphne Caruana is “another kind of victim blaming”, her son has insisted.

In an interview with the Daphne Project, Matthew Caruana Galizia recounts how the morning his mother was killed, he had assumed that some kind of tracking device had been attached to her Peugeot 108 but admits he never imagined a bomb.

“What I thought was that they had attached some kind of tracking device to her car, because the only time that she left the house, really, apart from going to appointments at the bank and court appearances or to go out to eat with me and my father was when she went out to meet sources.

“And I thought that they are probably trying to figure out who she is meeting by following her movements in her car. So I assumed that they had attached some kind of tracking device to the base of her car.”

Mr Caruana Galizia goes on to explain that on the morning of the brutal bombing, he had woken up making a mental note to check the bottom of the car, as he believed something had been attached to its bumper.

“And I never did that. I never imagined that there would be a bomb either. The bomb was under the car seat. I would have never thought to look there. But I wonder – you always end up wondering, thinking, ‘Could I have done something to prevent this, what else could I have done?’ 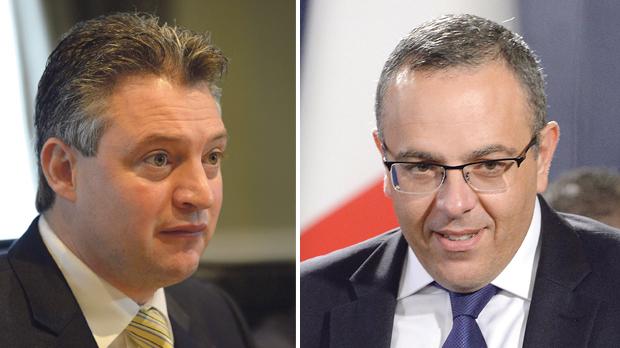 The Tourism Minister and the Prime Minister’s chief of staff have evaded queries on their links to Dubai company 17 Black since Ms Caruana Galizia referred to it in February 2017.

Mizzi and Schembri dealings back in the spotlight

The second set of revelations from the Daphne Project saw the return of Tourism Minister Konrad Mizzi and the Prime Minister’s chief of staff, Keith Schembri, to the spotlight as their connections to Dubai company 17 Black were finally revealed.

According to leaked documents, a total of €1.3 million was transferred to 17 Black, a Dubai company listed as one of the “target clients” that would be paying money into the pair’s Panama companies.

In a newly leaked e-mail obtained by German paper Süddeutsche Zeitung and shared with the Daphne Project, the men’s financial advisers Nexia BT said the Dubai company would be paying into Mr Schembri and Dr Mizzi’s Panama companies Tillgate and Hearnville via bank accounts they had tried to open in the Bahamas.

Investigators from the anti-money-laundering agency, the FIAU, traced two payments totalling €1.1 million to 17 Black from a company in the Seychelles called Mayor Trans, a leaked report that was obtained by the Daphne Project also shows.

Questions about the men’s connection to 17 Black have been on people’s minds since Ms Caruana Galizia made a cryptic reference to the company in February 2017.

Reported links to 17 Black are a repetition of unfounded allegations

Since then, the minister and chief of staff have both evaded queries on their links to the company, and more recently, in January, Dr Mizzi failed to explain his involvement following a series of questions in Parliament from former Opposition leader Simon Busuttil.

The story sparked further controversy, as the leaked e-mail by Nexia BT’s Karl Cini also shows that the company accounts for Tillgate and Hearnville would generate “around $2m” within a year.

According to details in the same e-mail, the government officials would receive €150,000 monthly through their Panama companies, via 17 Black and Macbridge Limited, a second Dubai company also listed as a “target client”.

Despite being presented with a screenshot of the leaked e-mail, Dr Mizzi has insisted that there was no connection, direct or otherwise, between the companies and the trust and any entity called 17 Black.

Following the publication of the story on Wednesday, Dr Mizzi uploaded a post on Facebook saying that the allegations linking him to 17 Black were “a repetition of unfounded allegations”, adding that he had already denied having any knowledge of the two payments to the Dubai company.

For his part, Mr Schembri finally acknowledged his connection with 17 Black, over a year after allegations that the company was used to channel funds into his Panama company surfaced last year.

In a statement that he issued through the Department of Information, the chief of staff acknowledged both 17 Black and Macbridge Limited’s status as companies that were included in “draft business plans” for his business group as “potential clients”.

Adding that his companies made “dozens of business plans such as these”, Mr Schembri went on to say that neither 17 Black nor Macbridge “ever became clients of his business group”.

After the Daphne Project revealed the connection Konrad Mizzi and Keith Schembri had to 17 Black, the pair’s financial advisers Nexia BT also made headlines again after a leaked report said the audit firm had withheld information from the FIAU.

The Financial Intelligence Analysis Unit can demand information during its investigations, and in March 2016, following revelations by Daphne Caruana Galizia that the two men had set up secret Panama companies, the FIAU started investigating the two men.

The e-mail “withheld” by Nexia BT’s Karl Cini only came to the FIAU’s attention after it was published by the Times of Malta and shows his clients’ reluctance to inform local banks about their offshore structures.

On Friday, as the first week of revelations drew to a close, former Opposition leader Simon Busuttil and Nationalist MEP David Casa rushed to court to submit an application requesting an investigation into Konrad Mizzi and Keith Schembri.

In their court application requesting a magisterial inquiry, signed by lawyer Jason Azzopardi, the pair noted that the revelations as part of the Daphne Project served as proof that the two government officials did indeed have links to 17 Black.

The Daphne Project also revealed that no politicians have been interviewed by police investigating the murder of journalist Daphne Caruana Galizia.

The story supported concerns expressed by activists and other critics in recent months that despite the journalist having been a vocal critic of the Labour Party and some members of the Nationalist Party, and revealing alleged wrongdoing and corruption by several politicians, the police had not called any of them in for questioning.

Evidence seen by the Times of Malta also showed that the police believed the murder suspects had been tipped off about their impending arrest.