The Ford Transit is one of the most versatile and varied commercial vehicles on the market. There are big ones, small ones, load carriers, people carriers, and everything in between. And earlier this year, this expanded to include rugged Active and Trail models. 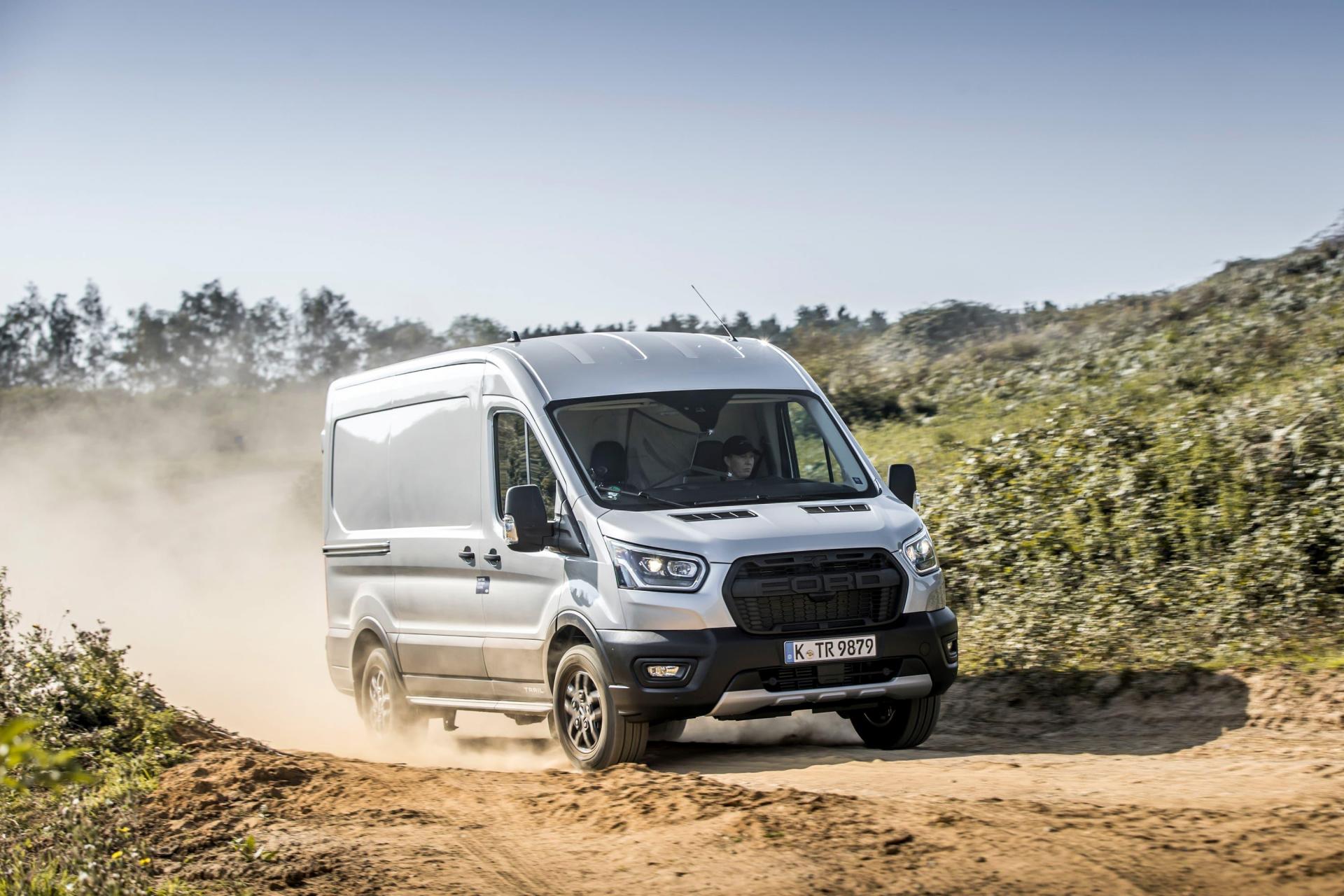 The idea was to fit off-road-focused looks and abilities, including four-wheel-drive, to give those who need practicality off the beaten track a good option. It’s the Trail variant we’re testing today, to find out if there’s any compromise to on-road abilities for its off-road prowess.

Ford says the models have been designed ‘to operate in tougher working environments’, with a mechanical limited-slip differential (mLSD) fitted to front-wheel-drive versions like we’re testing today, with all-wheel-drive also available on the full Transit models. 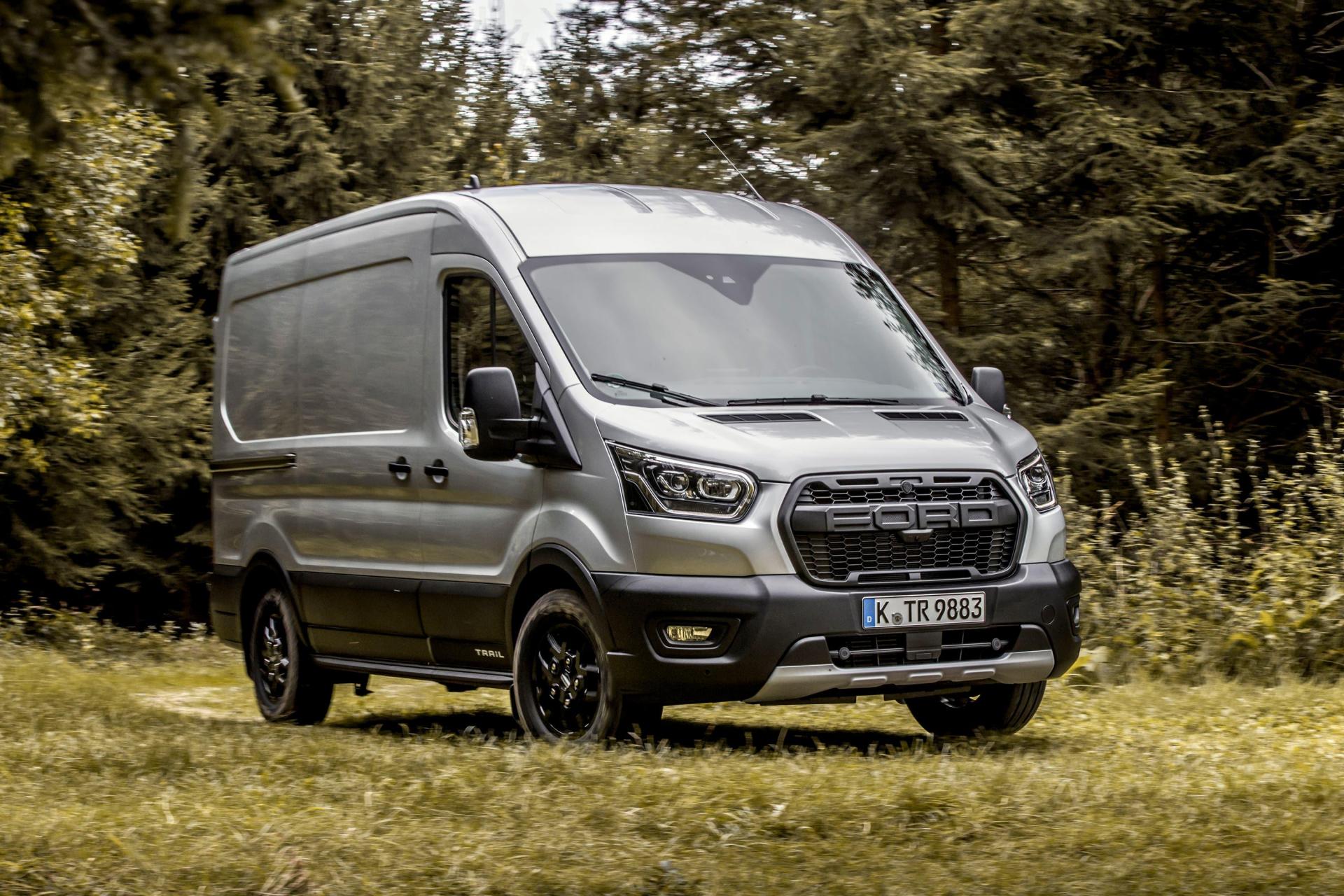 It gets an updated exterior with body cladding to protect against scrapes, a chunky front grille that first debuted on the Raptor pickup truck, and an improved interior specification. 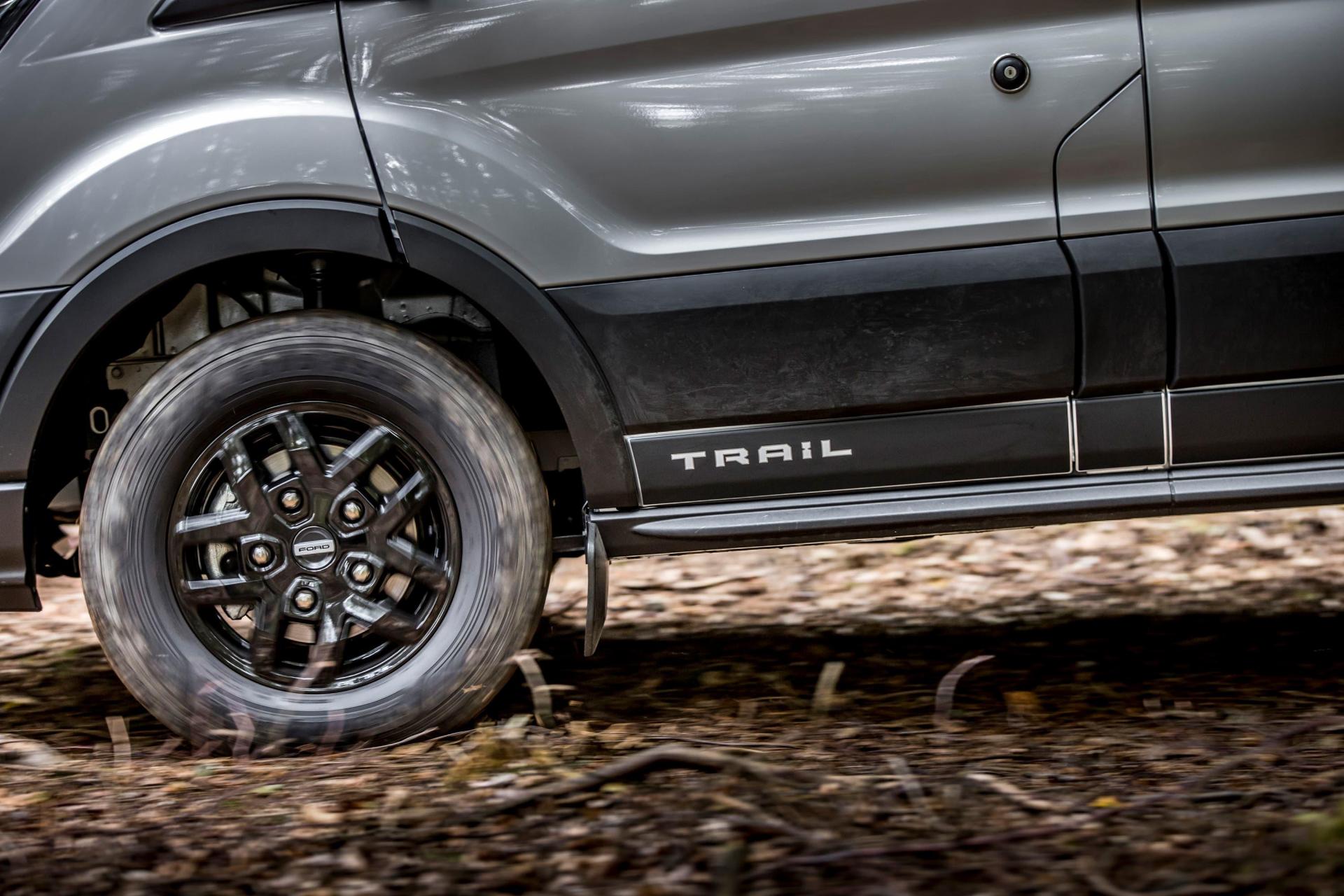 Although the power output isn’t massive, that hefty torque figure means that acceleration is brisk despite being a huge van. The Transit coincided with a house move so we also got to test it fully loaded, and the engine took everything in its stride.

If you’ve driven a Transit before, it’s very much the same experience in the Trail. Modern vans have seen huge improvements in refinement over the past decade, to the point where even the minor off-road-focused alterations make no discernable difference to driving on the road. 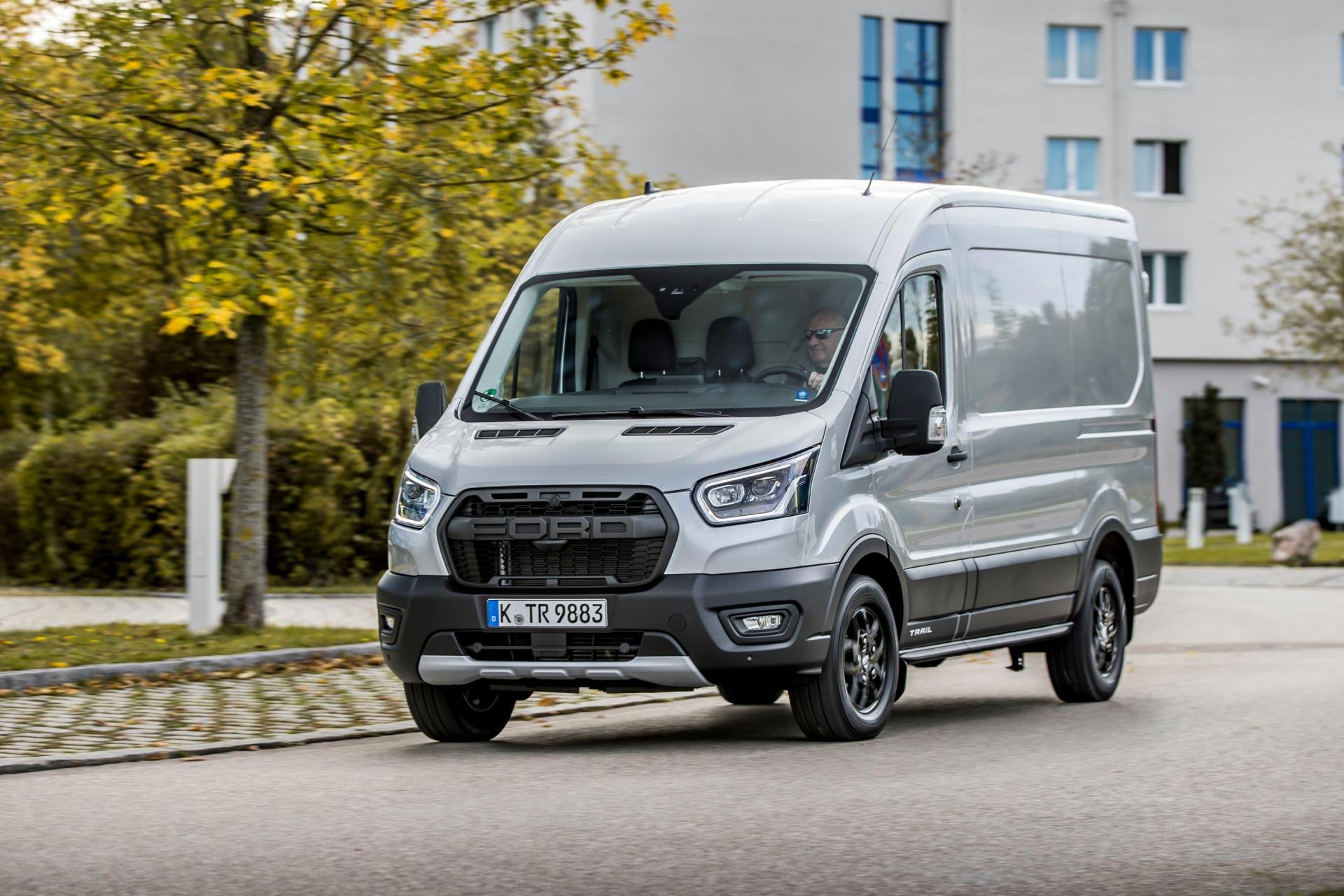 For those not accustomed to driving a full-sized Transit, it can take some time to get used to threading it through traffic, but once you’re tuned into its size the ride quality and handling are hugely impressive. B-roads require a restrained driving style given the high centre of gravity, but the steering is brilliantly judged so it’s easy and relaxing for a long day at the wheel.

Although our off-road testing amounted to little more than gravel green lanes, the mLSD worked its magic so there was no hesitation despite copious puddles.

The Transit is quite a good-looking van as it is, but the Trail upgrades give it a fantastic new lease of life that works better than it should. The highlight is the front grille, with the black and blocky FORD lettering within an all-black grille that gives it serious presence. 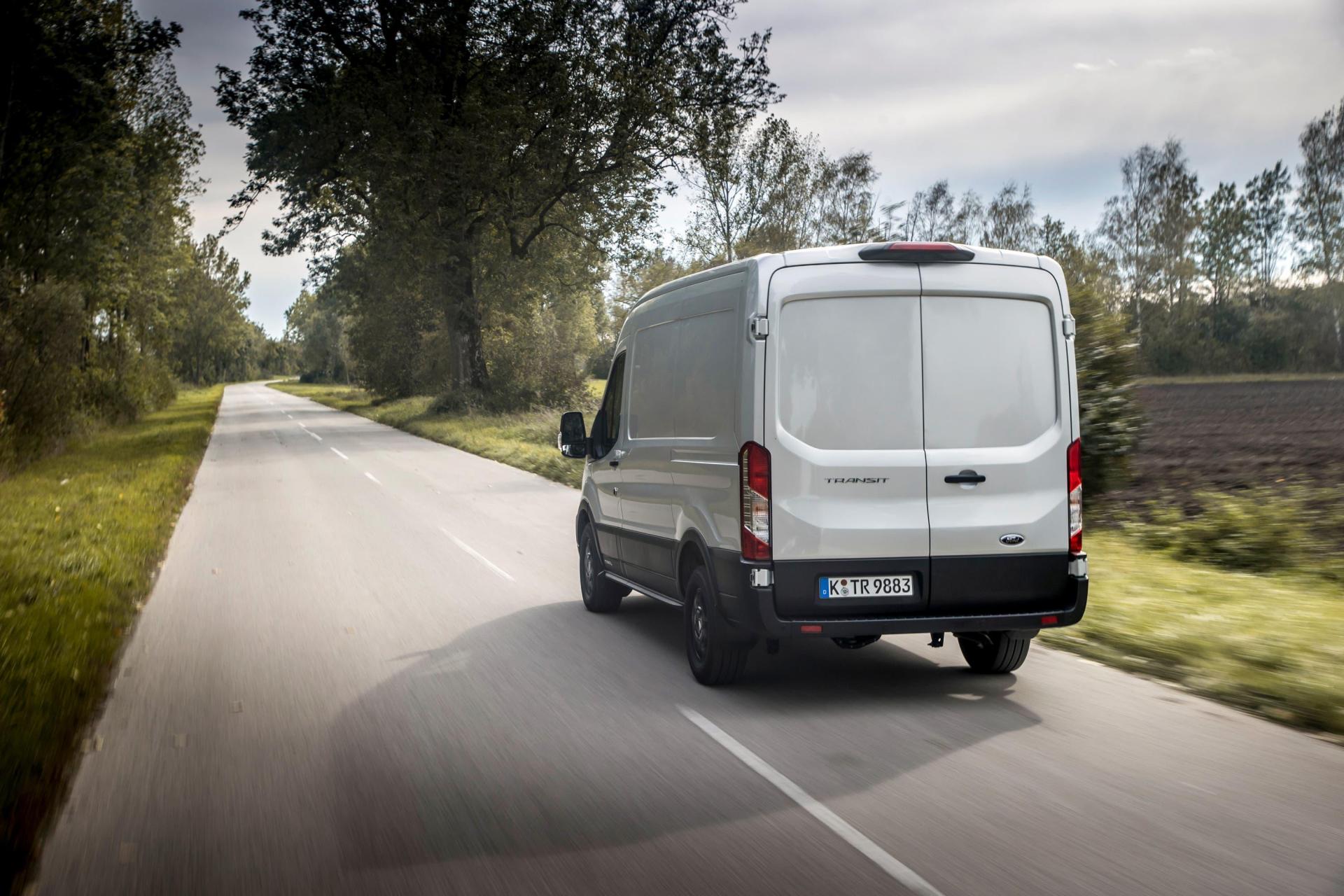 If you’re looking to show off the new chunky body kit, pick a colour other than our test car’s black, because it hides the cladding. Looking through Ford’s marketing material, red and white paint jobs, for example, showcase the Trail’s unique selling point much more prominently.

Trail models get a more high-spec interior than standard Transit variants, including leather upholstery that’s said to be ‘wipe clean’. It’s far from premium material but it certainly helps to elevate the traditional van cabin to something much closer to that of the family car. 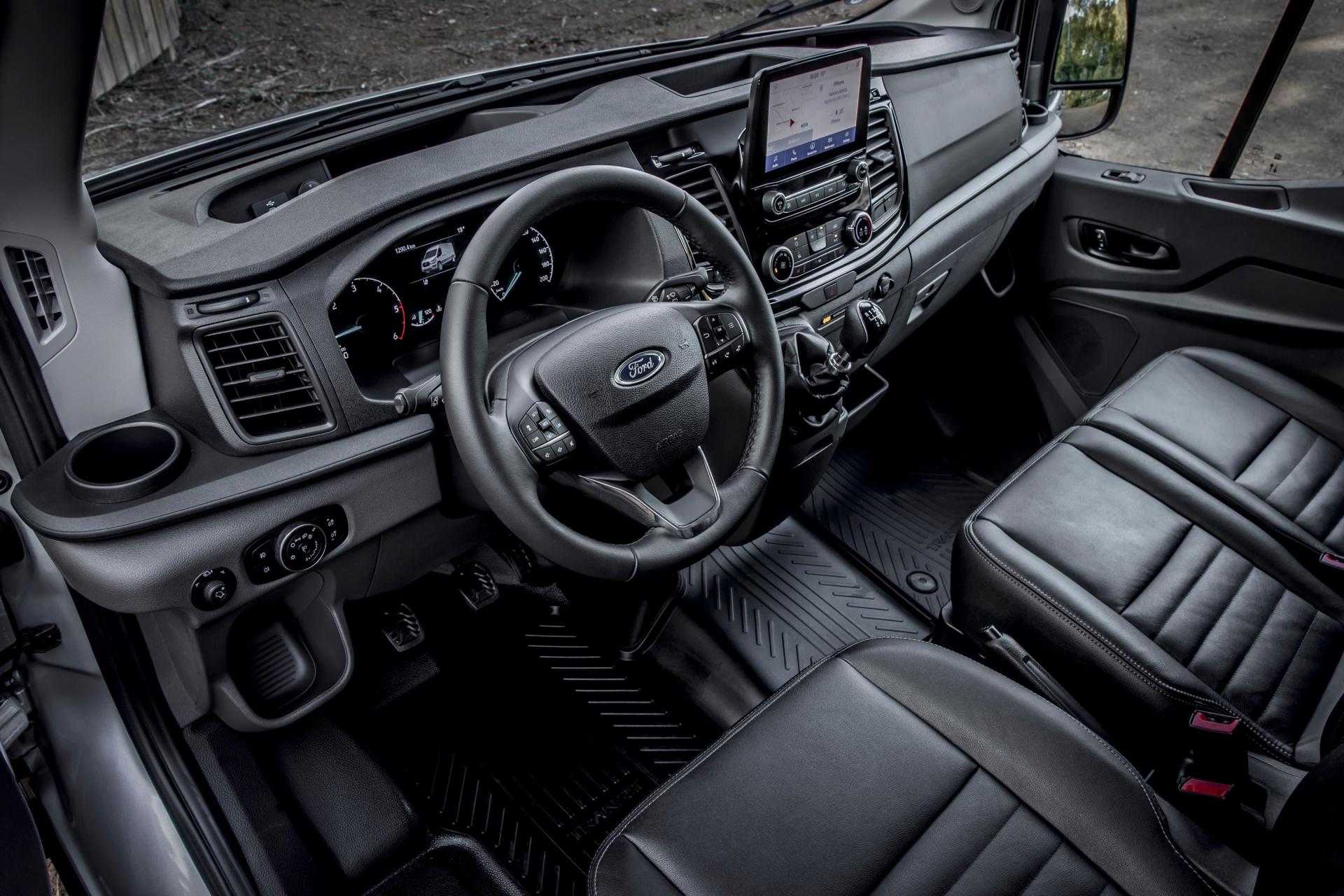 The infotainment system with Apple CarPlay and Android Auto also made navigation and communication easy, which are essential for commercial users. Perhaps the only complaint is the driving position, with the pedals quite far beneath the driver – this is typical of vans but in the Transit it required a lot more trial and error to get comfortable. 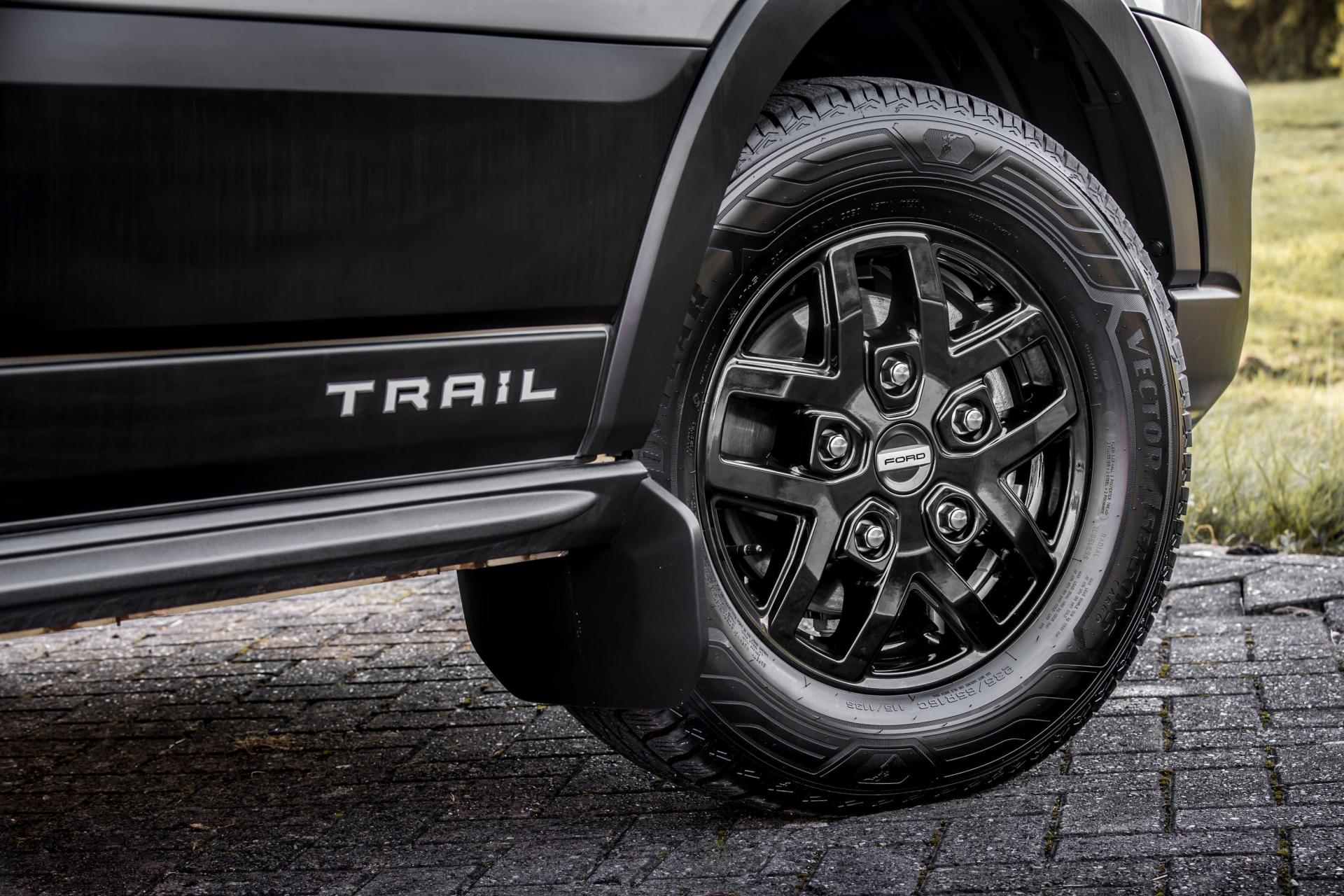 Our car also had the ICE Pack 25 has some excellent kit such as adaptive cruise control and the eight-inch touchscreen.

The already-excellent Ford Transit was never going to be a failure with the addition of more off-road capabilities, but the fact it has been added with next to no impact on everyday driving is commendable.

It’s not cheap, but for those who regularly work off the beaten track, the extra abilities can only be a good thing. The four-wheel-drive model will be pricier again, but for those who need it, add an extra breadth of capability that will be welcomed.