It has been just three weeks since the appointment of psychologist Anthony Gatt as director of Caritas Malta, the Church organisation whose primary mission is to alleviate poverty and promote social justice. But the new head, who has been involved in social work since 1999, is off to a flying start.

What is one thing that could be implemented immediately to alleviate poverty?

Caritas acknowledges the economic development and prosperity of part of the population, however the gap between the rich and the poor is growing. There are growing bands of society that are at risk of poverty, including those depending on pensions or non-contributory benefits, those with mental health issues, those completing a drug rehabilitation programme, young separated people who cannot make ends meet and elderly people who are not homeowners.

The surge in rent needs to be addressed through a regulatory framework and efforts to curtail abuse, such as in cases where landlords increase the rent for tenants who qualify for a subsidy.

While sleeping on a bench, they fear that someone might steal their only bag, which they carry with them everywhere they go

While acknowledging the pledged investment in social housing, I don’t believe this will address the waiting list of 3,000 people. Therefore, people who are not provided with social housing could be offered accommodation with affordable rent or adequate purchasing prices.

We are seeing a new category of poor people on our streets: foreigners who migrate to Malta in search of a job. Can our shelters keep up with the demand?

This is a double-edged sword: migration of foreign workers contributes a lot to the economy, as new residents require accommodation, food and services, keeping the economic wheel turning.

However, there are some who do secure employment but have to wait a while to cash their first paycheck, and seek refuge at a shelter in the interim. At the same time, some foreigners are renting out apartments in large groups, living in very densely populated apartments.

So while there have been rare occasions when shelters, which are run by Caritas, the government and the Alf Mizzi Foundation, were full up, these instances were very rare. In such cases, Caritas tried to refer people to other shelters, but it transpired that these too were full.

Still, so far there has been no particular trend indicating whether shelters will be able to keep up with the demand or not.

Don’t you think that opening new shelters to absorb homeless people makes it easier for policy makers to postpone tackling the issue of homelessness?

No matter the cause behind suddenly being unable to make ends meet and losing the roof over their head, the suffering of homeless people is tremendous. I have not gone through the experience personally, however I have met people whose suffering on a psychological and physical level is emotionally moving.

These people need an immediate solution to alleviate their situation: shelters.

I recently met someone with social issues who told me that most of their income goes to their rent, and had it not been for the shelter, they would have nothing to eat.

Another person, who suffers from drug addiction and mental health issues, spoke of a sense of insecurity where even while sleeping on a bench, they fear that someone might steal their only bag, which they carry with them everywhere they go.

Given the economic trend, we need to alleviate people’s immediate suffering. There will still be a need for shelters.

Mental health issues, which can eventually lead to poverty and homelessness, are on the increase. Is Caritas concerned about this?

Caritas provides space for weekly support group meetings for people with mental health issues, however it is not one of the main mental well-being service providers.

On the other hand, Caritas provides mental health support to those suffering from drug addiction. Recent figures show that 80 per cent of under-45-year-olds who were involuntarily admitted to Mount Carmel Hospital suffered from substance abuse. Meanwhile, one third of the population at the hospital has a drug-related problem.

Every week the university’s chemistry department finds a new street drug in Malta. Have we lost the battle on drugs?

Drugs have been around for as long as human beings have. Drugs are here to stay in some form or another. Our responsibility is to try and contain the problem, but we cannot realistically eradicate it.

We could try containing it in two ways: reduce supply and demand and cure those with an addiction problem.

If we did go ahead with this policy on recreational cannabis, Caritas would call for more funds to be invested in drug rehabilitation services

How is Caritas preparing for the possible legalisation of recreational cannabis? Is it concerned that this could increase demand for its services?

We do acknowledge benefits for those who are not dependent, as they would not have to deal with the black market and they would know exactly what they are consuming. Legalisation could also generate income for the country. However, removing sanctions passes on a message – especially to adolescents – that a substance is not so harmful. And as we have seen in the case of alcohol and cigarettes, if a substance is consumed more, dependency will increase.

While recommending against the legalisation of recreational cannabis, if the country goes in that direction, there needs to be more investment in rehab services. Caritas’ resources in the sector of drug rehabilitation are stretched. So if we did go ahead with this policy, Caritas would call for more funds to be invested in drug rehabilitation services – we cannot have one without the other. 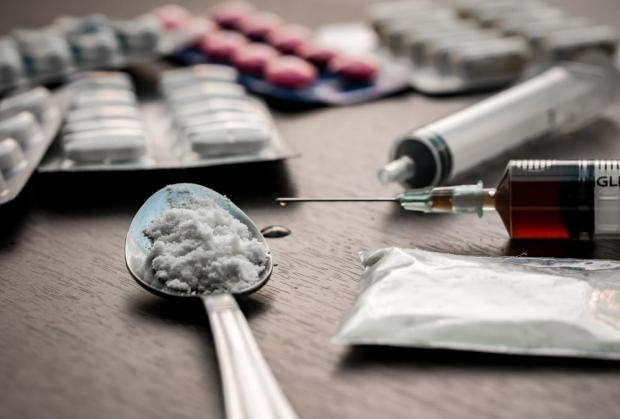 Caritas has not yet taken an official position on this issue.

From my experience, most Maltese women in prostitution have a history of social issues, while those coming from abroad are trying to improve their financial situation. When speaking to the women following our drug rehab programme, I have not yet met one person who said they willingly wanted this as their career.

These people are caught up in a vicious cycle and some tell us that prostitution is very demeaning and abusive… it robs their soul away.

Caritas holds strong to its position that it does not agree with any policy that would increase exploitation.

What is the number one cause of suffering among the elderly?

When it comes to basic needs, there are some – not the majority – who are living in great fear that they will not be able to make ends meet and might end up homeless if their rent is increased.

However, there are several who suffer from solitude.

I recall that we expected only a few people to turn up for the first edition of the Christmas Day lunch. However, we soon realised that there were people who, despite having an adequate income, had no one to share Christmas lunch with. Solitude is a current reality that can lead to depression.

What is your main priority as the head of Caritas?

My main aim is to continue, and to consolidate, Caritas’ 50 years of work within the drug rehabilitation sector, social assistance and advocacy.

Caritas Malta’s vision is inspired by the Church’s social teachings and its main aims are social justice, the development of people’s full capacity and the alleviation of poverty. At the same time, Caritas advocates for vulnerable people and will continue to pass on its message to policy makers.

Teenagers to have dedicated centre for drug rehabilitation

Caritas has been working in the drug rehabilitation sector for some 30 years, but the need to have a programme and premises dedicated specifically to adolescents has been a gap in the local service.

That gap will soon be filled. Caritas is working with the government to open a rehab centre in Ta’ Kandja for adolescents. Construction will start in the coming weeks. Mr Gatt said a lot of thought had gone into planning the building, operation and development of a programme, with the idea being to have residential and day programmes for those aged up to 19.

“Most of the experimentation with illicit substances starts at the ages of 13 and 14. Those who require residential services do not run in the hundreds, and throughout my 20 years of work in the sector, 11-year-olds who require interventions are one-offs,” Mr Gatt explained.

“In the meantime, we have been approached by social services on behalf of those who needed to be pulled out of their current environment and would otherwise end up in the youth prison or Mount Carmel Hospital.

“Although we do accommodate some adolescents within our residential programmes, we felt we needed to respond to the reality with a specialised programme, because not everyone can be hosted in our current programmes that target adults.”

What are Caritas’ priorities for the Budget?

Caritas insists that everyone should have adequate income to fulfil their basic needs and as such is in favour of an increase in the minimum wage.

“There were some positive steps forward, however some people still don’t manage to keep up with the expense of basic needs,” said Mr Gatt.

“We would also like the government to tackle rent and social housing and reintroduce efforts that incentivise children not to drop out of school,” he added.