Lives and ways of expressing emotions have witnessed a pronounced shift during these past 12 months. Normality has been replaced by a dehumanising reality that has regressed the traditionally mundane into a warped counterpart. Devices like the computer and the mobile phone have become windows, opening up into our minds and souls. 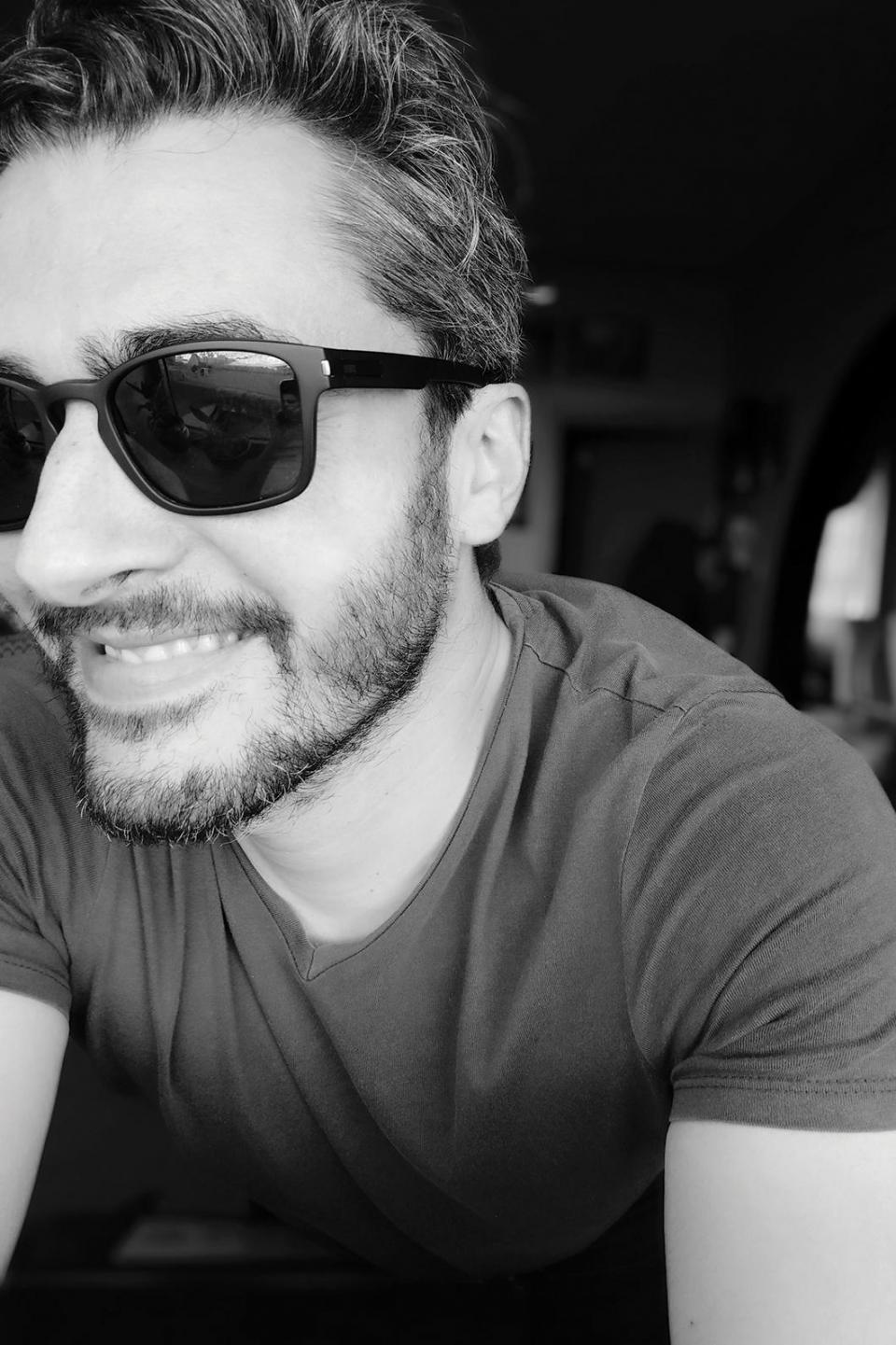 The externalisation of our thoughts, opinions, emotions and hopes have become intricately dependent on social media. Human interaction has on occasions been reduced to a Zoom meeting, virtual hugs, kisses and all. The most basic instinctive human behaviour of sincere endearment has become a forlorn travesty, emoticons and such. However, this outward expression of repressed feelings is still a necessity for some, even though reduced to a most empirical and elemental digital format.

Pawlu Mizzi, in his mission statement for his Wiċċ Imb Wiċċ exhibition, clearly expresses this: “The pandemic is a pro­tago­nist game-changer that has manipulated how we behave; how we eat, how we relate, how we have sex, how we breathe, how we experience our innate human senses.” It is as if life has been suspended in a virtual, simu­lated nether space, compounded by an impotence and an apathetic despondency. Our frustration is vented through the urgent clicking away on a computer keyboard or through the frantic caressing of a screen. 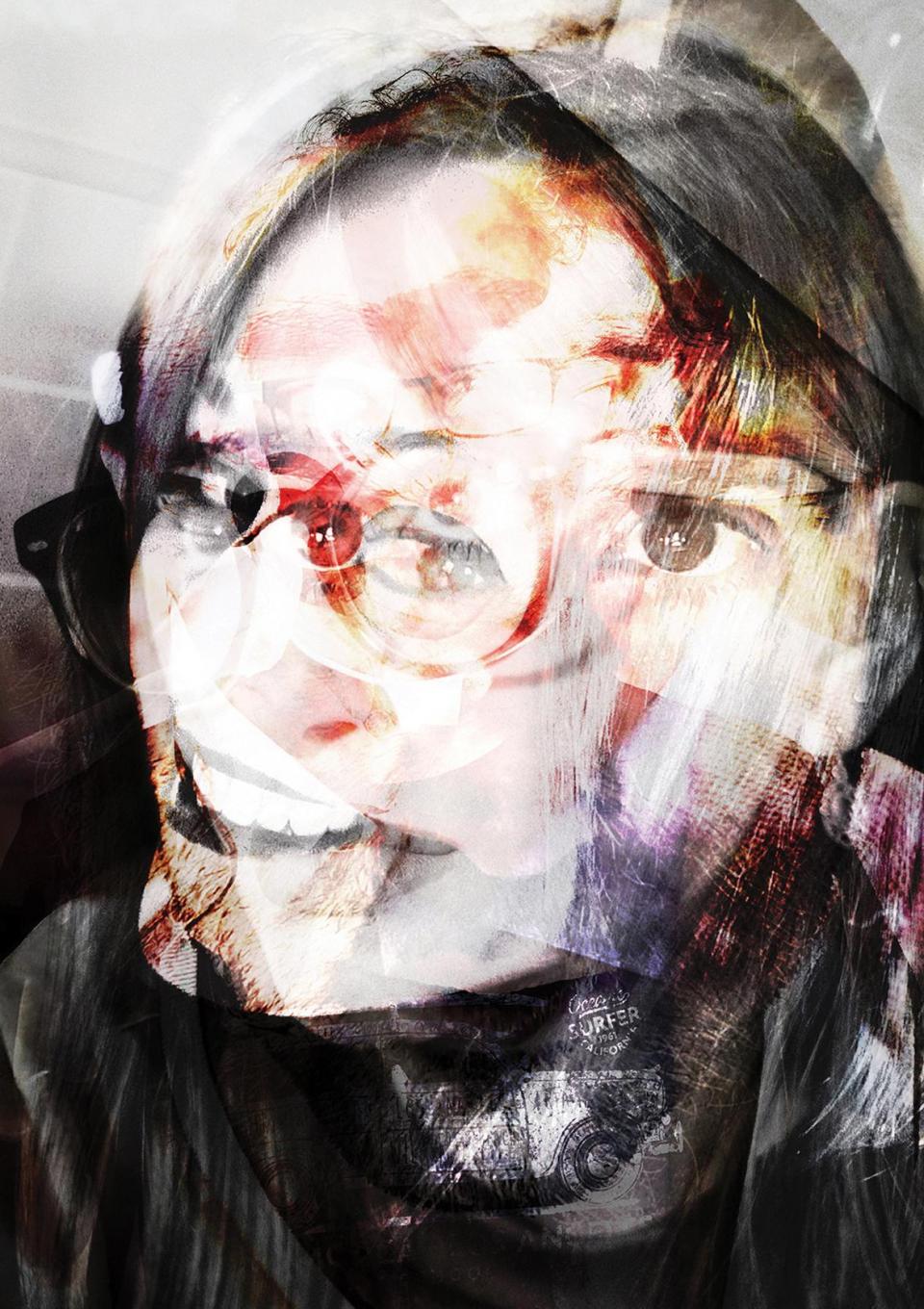 Going through the online comment boards of newspapers can be regarded as a litmus of frustration levels. Arguments at times degenerate into a demonstration of our mother tongue’s ability at the most colourful of expletives. Hate speech is showing a more dehumanising pathway, augmented by the relative safety offered through this inhuman impersonal interaction. Aldous Huxley, the author of Brave New World, was insightful and prophetic when he declared that “I like being myself. Myself and nasty.” It is so exasperating when one cannot put a face to an offensive or insensitive comment.

Whoever coined the term ‘keyboard warriors’ was certainly on to something; he or she captured so effectively the zeitgeist of our times, particularly these pandemic ones. Sometimes, confinement and solitude bring out the worst in us, that which former human interaction somewhat mellowed. Those who lived in the pre-internet age, and who were more temperamental and impulsive, often resolved a squabble via strong words, followed, in the most extreme of cases, by a fist fight. The argument hence would many times be resolved, and bad blood would not curdle into lingering, simmering hatred and distaste that might fester into something dreadful; an invitation to forego the safety of one’s home and venture outside into the real world, to deliver on one’s keyboard threats. 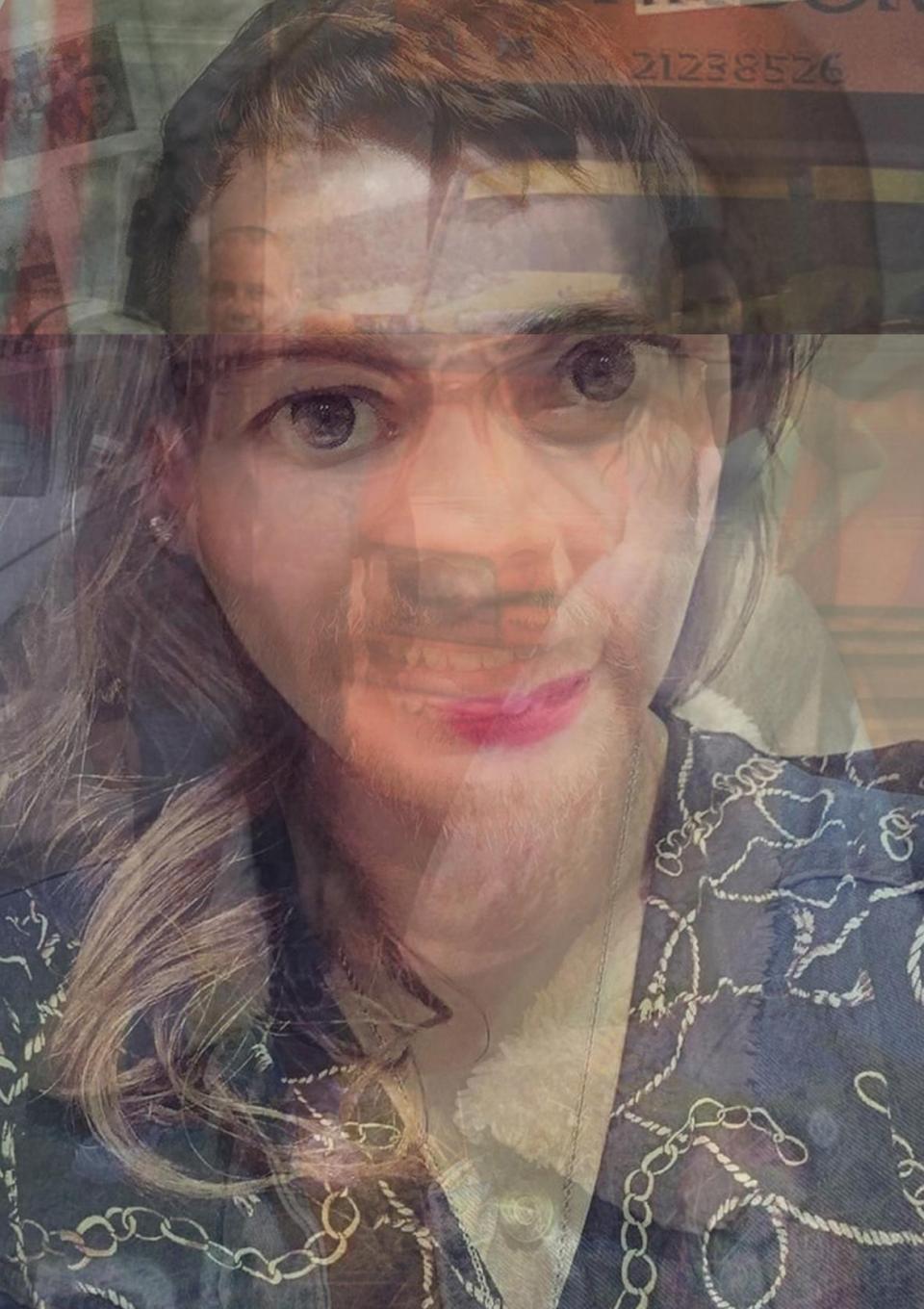 The photographic technique of double or multiple exposure has been used since the early days of photography, way back in the 1860s. These early photographers used this novel manipulation of the medium in double portraits of the same sitter, thus creating an otherworldly image that was intriguing and somewhat upsetting. Eadweard Muybridge’s pioneering photographic work, via his studies of motion and motion-picture projection, explored the possibilities of recording multiple images of the same subject in various stages of movement and abandon. In the 20th century, master photographers like Man Ray, Cecil Beaton and John Deakin poetically exploited the surrealistic possibilities of the technique.

Mizzi has transposed multiple exposure to a contemporary digital setting that integrated images from social media into totally new 21st century narratives. The protagonists are people who have agreed to participate in a project that the artist defines as a social exercise of collective portraiture. This was launched via ‘The (Facebook) Portrait Project II – Fading Social Distancing Facebook group’ on December 27 of last year, having an end-of-the-year deadline for any interested individuals from all around the world. 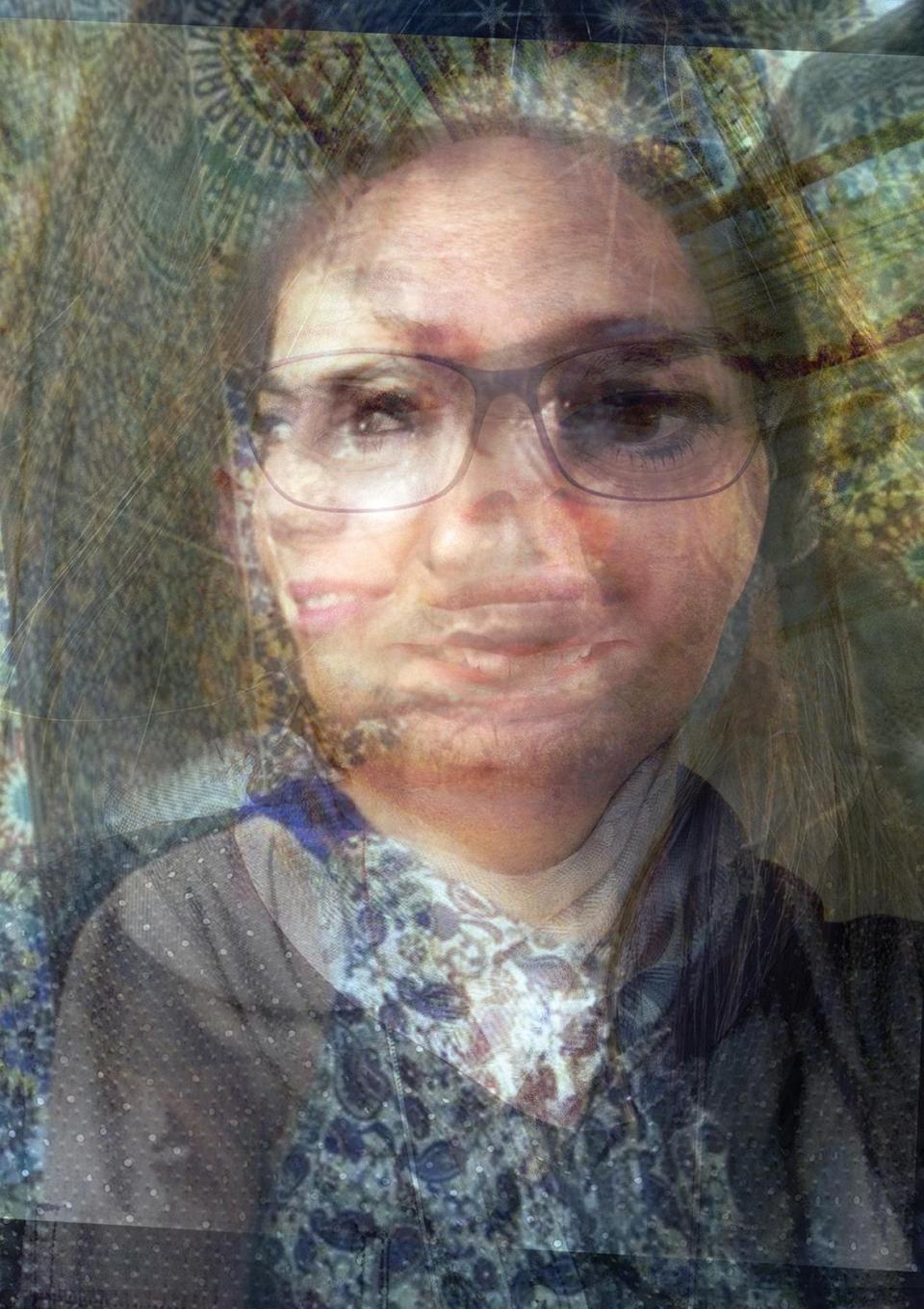 Each participant was consequently tagged and invited to share his/her thoughts and reactions about the modern ostracisation of social distancing, and the itch for the human touch, lost through the imposed solitude of lockdown.

The outreach transcended geo­graphical boundaries, bringing the whole world together into one global village. A total of 363 people replied to this request, who were game to the project. Chronology was the only non-variable that Mizzi considered in the improvised juxtaposition of the profile pictures. The exercise is slightly reminiscent of Tristan Tsara’s 1920s Dada experiments in spontaneous poetry, and of the much later Burroughs-Gysin cut-ups of articles and their impromptu rearrangement into new unconventionally structured narratives. 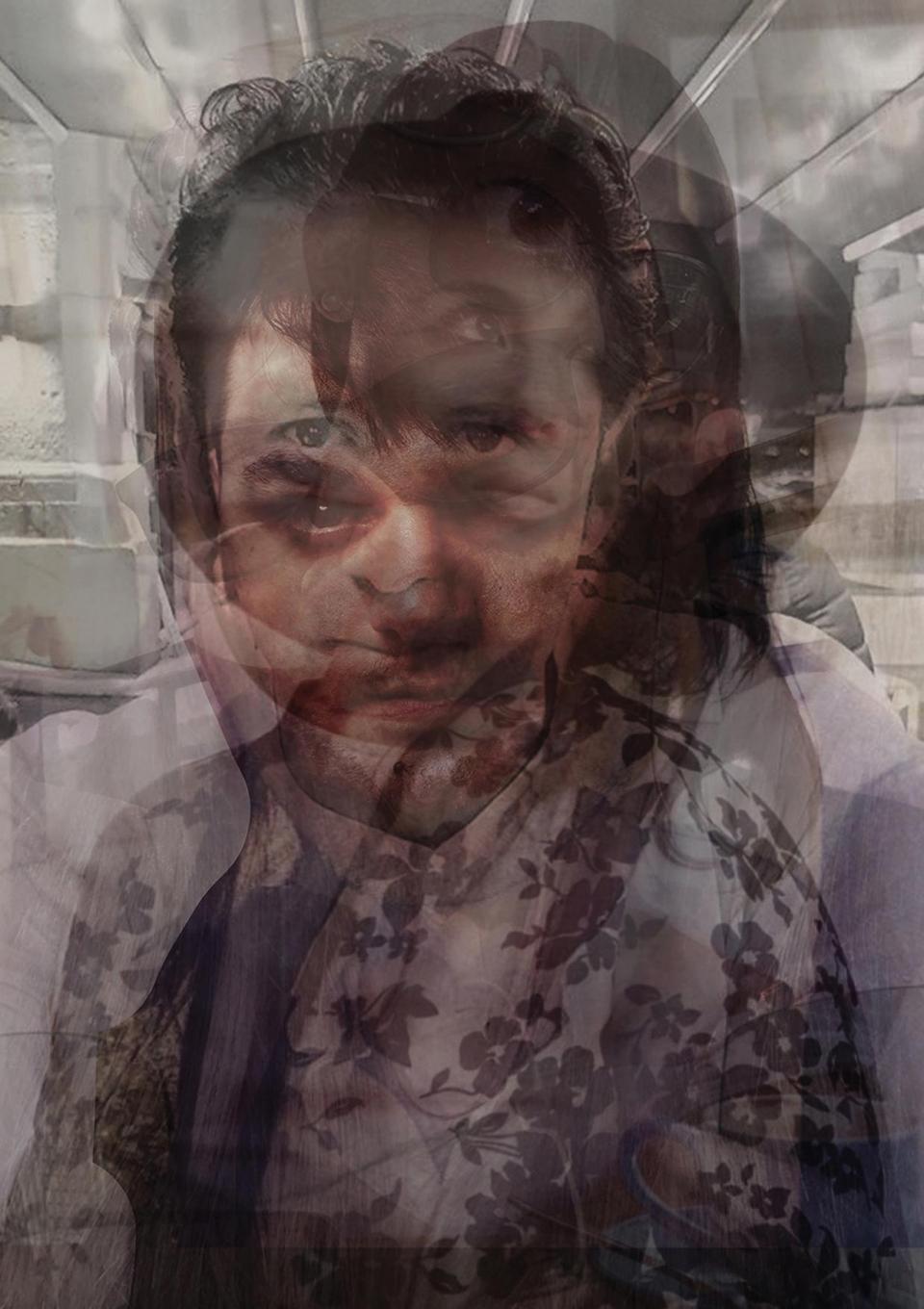 Mizzi factored in the chrono­logy regarding the enrolling progression of members to the Facebook group as a springboard for the finished pieces. A collective portrait was created for every 10 consecutive group members who enrolled and who had to furnish the artist with one of their Facebook profile pictures to be used as fundamental material for the artist to work on. Thirty-seven composite Auerbach-like deconstructed portraits were thus crea­ted, which democratically merg­ed physiognomies, emotions, disabilities, traits, cultures, races and ages into the blurred, schizoid, out-of-synch collective portraits, seemingly thriving amid multiple personalities.

The pandemic has deprived us of our identity and of our corporality, reducing our individuality to a mere shadow lost in the many pathways of the internet. Mizzi has exploited the ‘mediumistic’ idiosyncrasies of social media to summon pixelated ghosts, together with their stories.

The artist has printed these composite portraits on aluminium dibond, for his third solo exhibition. His preoccupation with dualities has defined the artist along his career. Wiċċ Imb Wiċċ builds on his 2013 master’s research project, titled ‘(Facebook) Portrait Project’. This current exhibition’s title, loosely translated into English as ‘face to face’, investigates the metaphor by actually transposing and integrating multiple faces and identities. Absolute strangers, with no connection to each other, are merged into metaphysical, virtual alternatives. 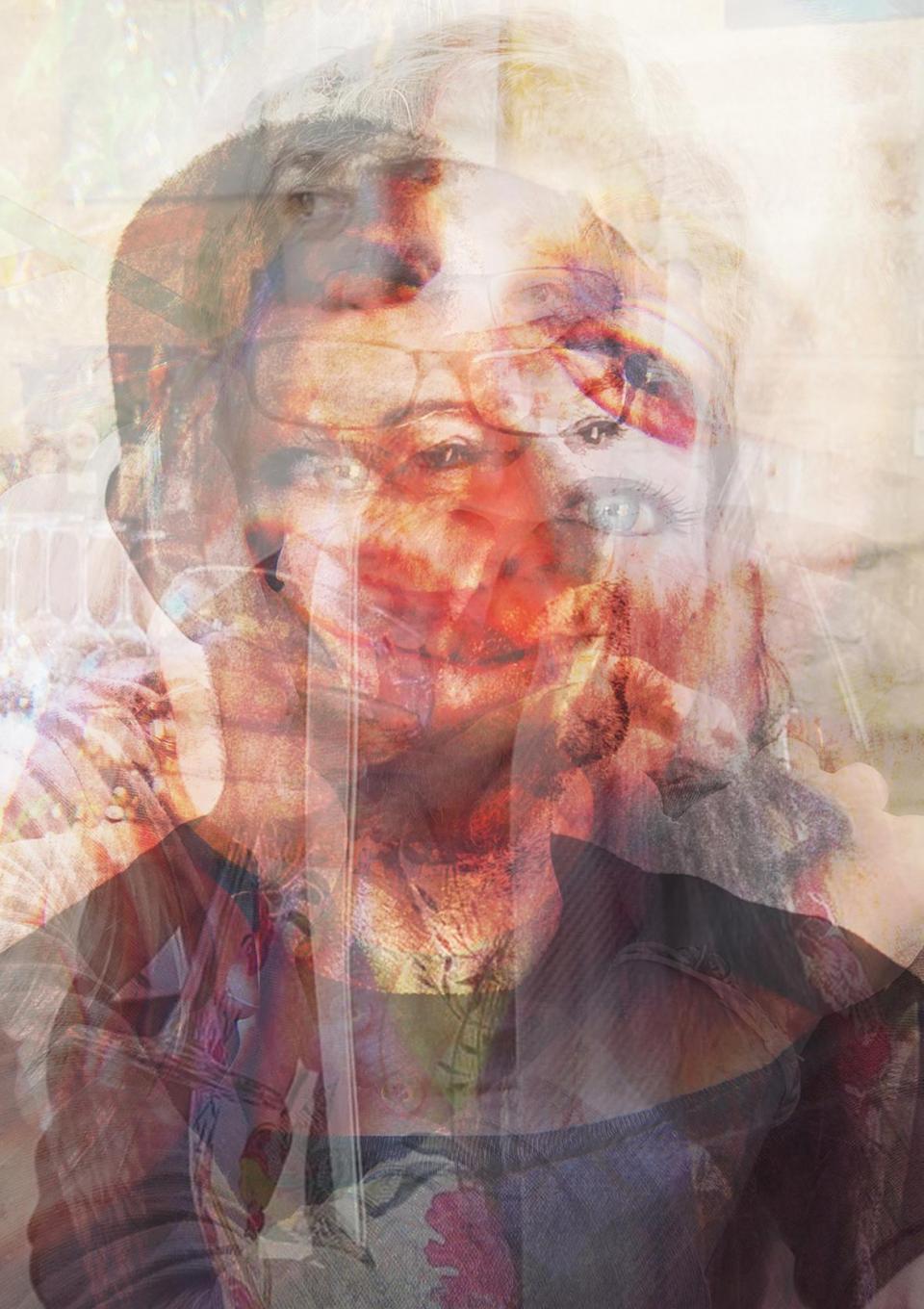 The early photographers, even Muybridge, enjoyed the playful magic of a new technology which enabled them to create multiples of singular subjects in various ways and manners. Photographers like Beaton and Deakin crea­ted multiple exposures which are like ripples, most of the time originating from one single human face. Mizzi’s portraits are eddies that interact between themselves, through concealment and through selective revelation. These manifestations, captured on aluminium dibond, seem to embody the famous biblical verse: “I am Legion, for we are many”, a Boschian contemporary devilish nightmare of loss of identity.

Wiċċ Imb Wiċċ, curated by Melanie Erixon from Artsweven, is open at Il-Kamra ta’ Fuq, Mqabba, between April 27 and May 18 and can be visited by appointment. Visit the event’s Facebook page for more information.