The ‘lifestyle’ vehicle segment is flourishing, thanks to buyers wanting cars which encapsulate the look of a go-anywhere vehicle with fair smattering of creature comforts. The pick-up section of the market isn’t immune to these desires, either, with cars like the Ford Ranger Raptor already appealing to those who feel even a jumped-up SUV is too ‘ordinary’. Now, Isuzu is getting in on the action with this – the D-Max XTR. 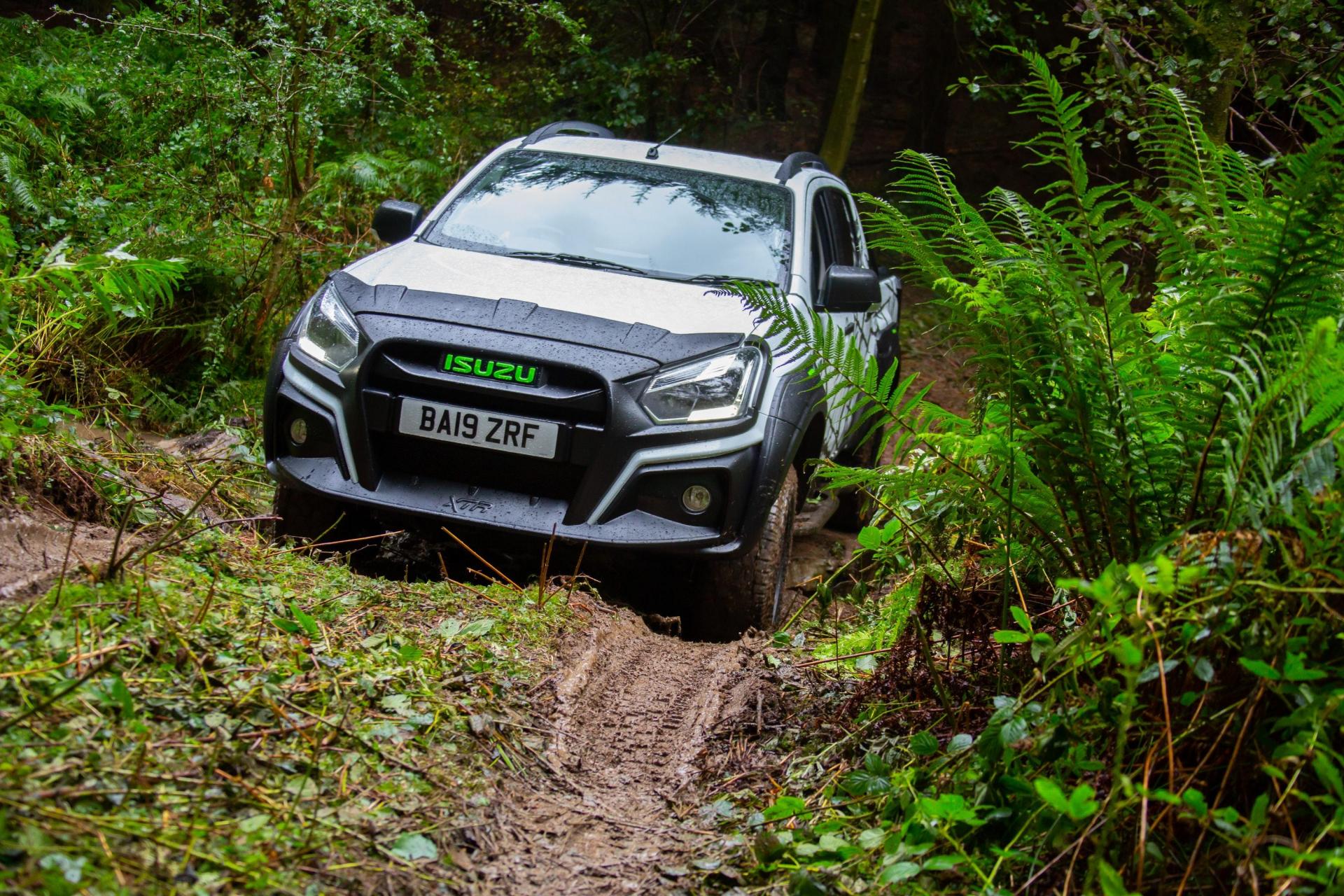 It’s a tougher, more look-at-me version of Isuzu’s rugged pick-up and boasts a variety of beefed-up extras. But is it any good? We’ve been out in it to see.

To create the XTR, Isuzu takes its rough-and-ready D-Max and adds a whole host of extras. The suspension setup, for instance, is new and brought to the truck courtesy of off-road specialists Pedders. The brakes are new to provide better performance, while knobbly Pirelli Scorpion tyres sit on all four corners. 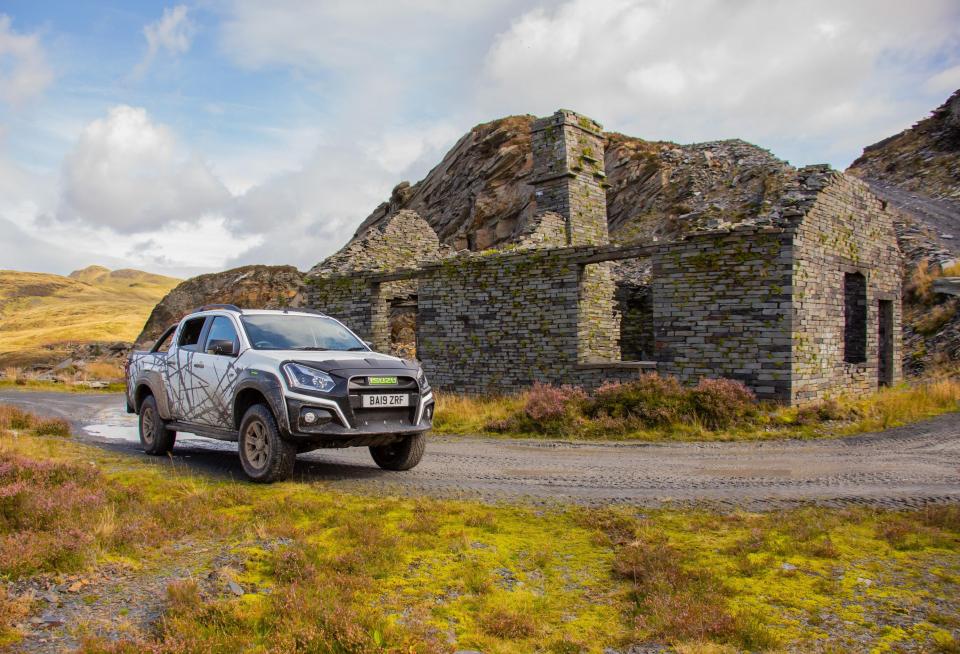 And, in case you haven’t noticed already, the exterior has been given a serious amount of extra protection with bigger bumpers, wider arches and large, matte-finished sidesteps. There’s also the hard-to-miss decal set which, if you so wish, can be removed. Our truck also got a hugely powerful lightbar fitted atop it – but more on that in a bit. 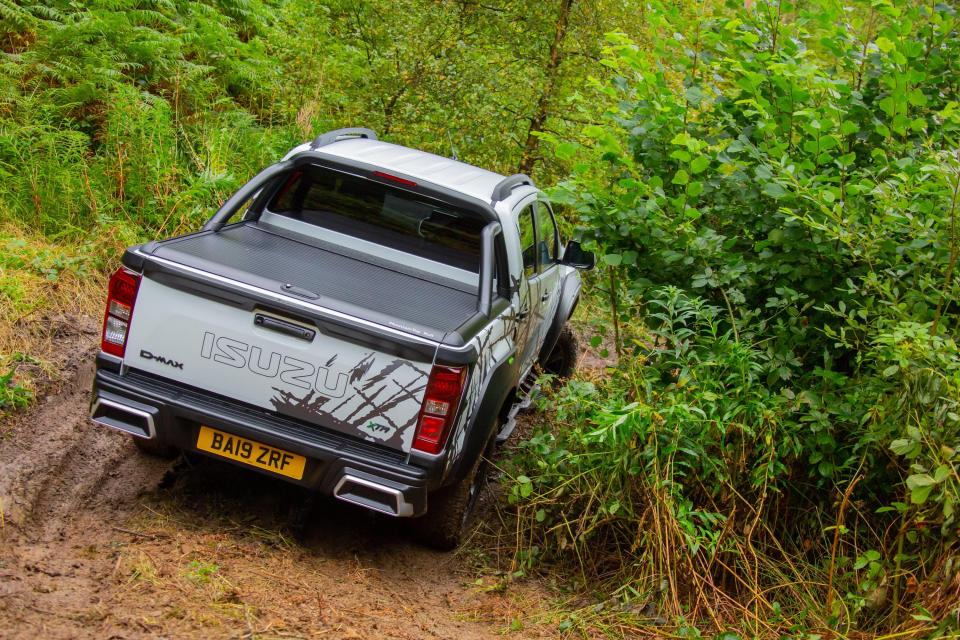 The XTR boasts no power upgrades over the standard D-Max, and that means the rather agricultural 1.9-litre turbocharged diesel under the bonnet produces just 162bhp – and in a truck weighing just over two tonnes that’s not an awful lot. However, it does kick out a useable 360Nm of torque, meaning it’s got more than enough shove for plugging through tricky conditions. Drive is sent to the wheels through a selectable four-wheel-drive system and a six-speed manual gearbox, though an automatic version is available too. 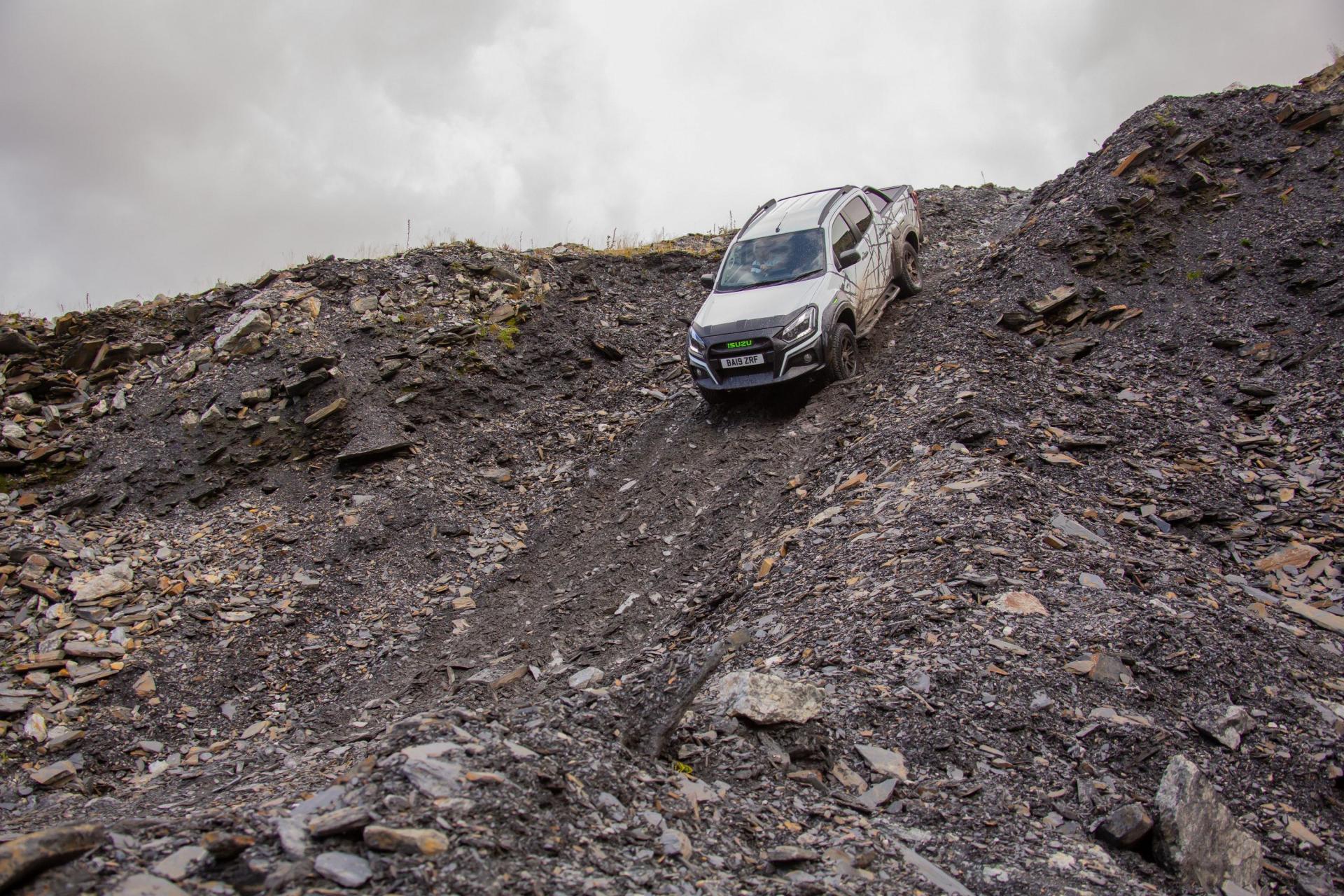 Rudimentary is probably the best word with which to describe the way the D-Max XTR drives. First and second gear are extremely short, so making even half-decent progress away from a dead stop requires a fair amount of work, while the engines reasonably low output ensures that even if you get those gear changes spot-on, you’re unlikely to out-pace anything on the road.

At low speeds the suspension is harsh, but surprisingly at higher speeds this evens out. Away from its off-road prowess, the XTR feels strangely at home on the motorway where the engine’s low revs combine with a reasonably good ride to make it far more adept at longer distances than you’d expect.

That engine’s certainly gravelly at lower speeds, but it’s not too audible elsewhere unless you’re accelerating hard. The steering is heavy but direct – this does mean that low-speed changes of direction need a lot of effort from the driver.

Big, brash and in-your-face, the D-Max XTR looks just like you’d want a larger-than-life pick-up to look. It’s imposing – there’s no doubt about that – and it’s a vehicle which turns heads wherever it goes. Whether it’s tasteful is down to the individual, but there’s no question that it’ll get a conversation started.

The green highlights may not be for everyone, but the application of this jazzy paint on certain areas such as the suspension and brakes only helps to differentiate this truck from the rest of the D-Max range. 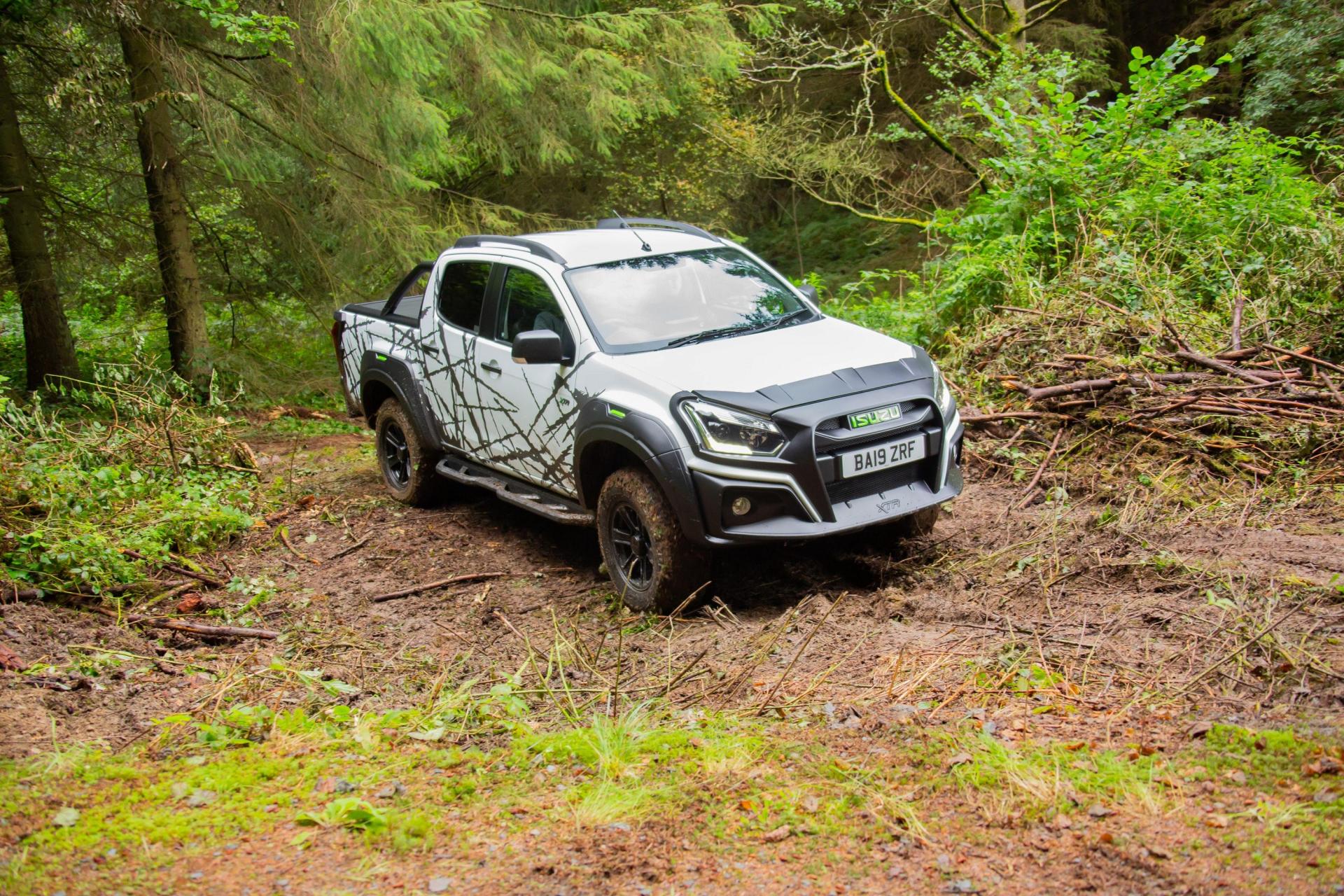 The XTR gains a series of notable additions over the standard D-Max when it comes to the cabin, with the most noticeable of these being the Alcantara-trimmed steering wheel and seats. In fact, that steering wheel has a big effect on the driving experience as a whole as its smaller size gives an impression of a better connection between driver and wheels.

The rest of the cabin features a series of harsher but hard-wearing plastics, which may not feel as high quality as the ones you’ll find on rival trucks, but offer better protection and will be far easier to clean when things get muddy. Which, if you’re considering a D-Max in the first place, is a likely prospect.

The D-Max XTR may be an old-school pick-up, but it’s bristling with a charm that is hard to ignore. Yes, it might not be as refined nor as quick as rivals, but if you’re after a truck with genuine off-road capability bolstered by enhanced looks and good levels of equipment, then it could be the one for you. Add in that it undercuts rivals on cost by some margin, and it’s likely that it’ll justify its shortcomings elsewhere as the years and miles pass by.