Keanu Reeves returns as John Wick, an assassin dragged back into the violent criminal underworld he once formed part of, when after a peaceful interval of marital bliss, he goes back to his old ways, his wife dies and his dog is killed. This simple storyline was the basis for the original John Wick movie, back in 2014. It was followed by a sequel released in 2017, in which Wick, now very much back at the top of his game, assassinates someone he shouldn’t have.

John Wick: Chapter 3 – Parabellum carries on immediately from the end of Chapter 2 when, as a consequence for the afore-mentioned assassination, Wick is declared ex-communicado by the society known as the High Table, the secretive and dangerously powerful international association of crime organisations that enforces the assassins’ code.

With a $14 million bounty on his head, and myriad killers out to get him, Wick sets out to protect himself in the only way he knows how – with extreme violence.

Wikipedia tells me that a ‘parabellum’ is a type of weapon. It is also Latin for ‘prepare for war’, which pretty much is Wick’s state of mind throughout the film as he yet again spends 90 per cent of the film’s 130 minutes fighting off an assortment of assassins of all nationalities, as the mysterious Adjudicator (Asia Kate Dillon) ensures that Wick is terminated once and for all.

The film is pretty much constructed on the frenetic, dazzlingly-choreographed, dizzyingly relentless action that has become the trademark of the John Wick films. Scene after scene depicts him dispatching his nemeses with icy efficiency, using all sorts of weapons available to him (handily, one of his first encounters takes place in a weapons shop), while oftentimes using his bare hands and, in one particularly inspired moment, using a copy of Dante’s Inferno to kill a seven-and-a-half-foot-tall attacker (played by the very imposing basketball player Boban Marjanovic) in the New York Public Library. Motorcycles and horses are used as handy getaway vehicles and Wick even finds a good use for a camel (though he is unaware of it at the time).

The settings are fabulously shot – from the night-time, monochromatic, rainy New York streets, where the (in)famous Continental Hotel (a safe haven for assassins) is situated, to the harshly beautiful blues and oranges of the Sahara Desert.

Director Chad Stahelski pulls no punches (ahem!) in the action and atmospheric stakes and has created a slick and stylish film that will undoubtedly satiate fans of the character.

And yet, for all that, barely had 30 minutes passed and tedium began to set in. There is only so much hyper-kinetic violence one can process before the mind becomes completely desensitised to it. The body count reaches ridiculous levels, the action unrealistically aggressive. Why shoot a person point blank in the head once when you can do it three or four times to make sure they are really dead? That there are very few minutes of respite in between action scenes does not change the fact that it is overlong and overwrought. The screenplay by the foursome of Derek Kolstad, Shay Hatten, Chris Collins and Marc Abrams does little to alleviate that fact.

The plotline is thin, the dialogue clunky, characterisation virtually non-existent. Wick is reduced to nothing more than a killing machine and Reeves just goes through the motions with little of his natural charisma presence, reciting his few lines a tad monosyllabically.

Granted, he sparks into life once he starts the fighting, yet there is never any sense that he is ever in any danger, robbing the story of any suspense. We had reason to engage with the character in the past, despite his penchance for violence, yet here it is nothing more than a video-game rendition of the character.

The supporting cast includes the returning Laurence Fishburne as the powerful Bowery King and Ian McShane as Wick’s friend and confidante, the hotel manager Winston – both of whom seem to relish the ridiculousness of it all.

Anjelica Huston hams it up somewhat as The Director, one of the few people willing to help Wick. Halle Berry displays some impressive action chops as Sofia, a woman from Wick’s past who also reluctantly gives him a helping hand. 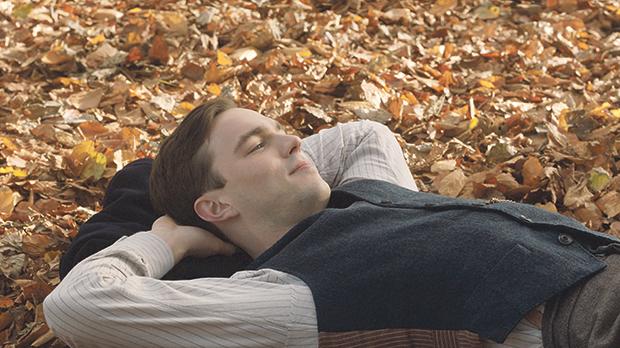 Tolkien (Classification PG) – The formative years of the orphaned author J. R. R. Tolkien, played by Nicholas Hoult, as he finds friendship, love and artistic inspiration among a group of fellow outcasts at school.

Paw Patrol: Mighty Pups (Classification U) – In this high-flying, heroic mission, the Paw Patrol are given Mighty Pup powers when a mysterious meteor lands in Adventure Bay. When Mayor Humdinger and his nephew trap Ryder and steal the meteor to take over the city, the pups must work together and use their new powers – from Chase’s super speed to Marshall’s mighty heat, Rubble’s super strength and more – to race to the rescue and save the day.