June 23, 1565: At dawn, the Ottoman forces invading Malta initiated a final irresistible attack on Fort St Elmo. The small Christian force fought back bravely but successive waves of the elite Janissaries and Sipahis hemmed them in until they could hold out no longer. They resisted till the very end and almost all the Christians, including the leaders Miranda, de Guaras and Colonel Mas, lost their lives. 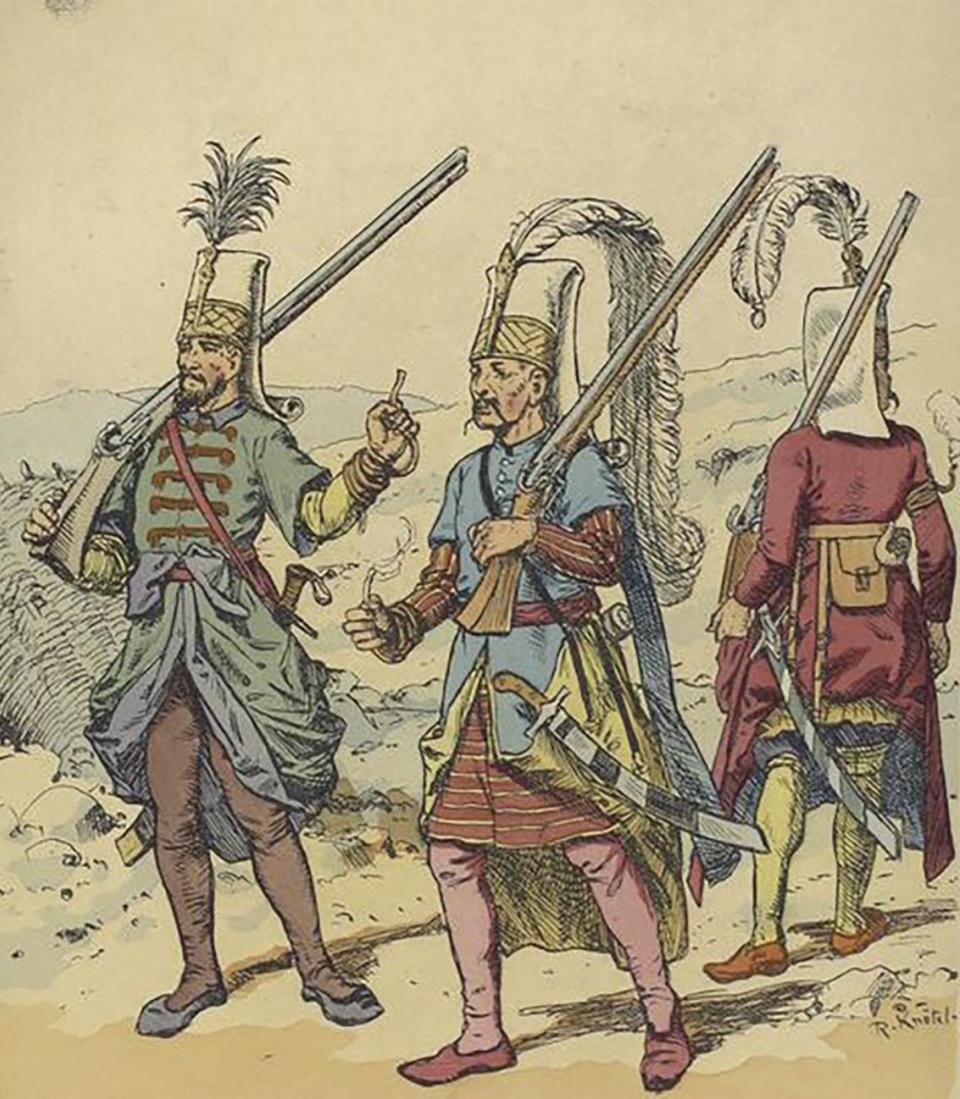 Typical Janissaries of the 16th century.

The end was signalled by a bonfire lit by one of the defenders, the Italian Knight Fra Francesco Lanfreducci. St Elmo had fallen but it had carried out its task superbly. Its prolonged resistance was one of the factors leading to the ultimate withdrawal of the Turkish forces the coming September.

Fort St Elmo was built in 1552 at the tip of the Sceberras peninsula where, later, the city of Valletta was to be erected. But building a fort in this position, where it commanded the entrances to both Grand and Marsamxett Harbours, brought with it a great problem: this stronghold would have to stand on its own and would greatly suffer from the disadvantage of being overlooked by higher ground which was sufficiently high to enable the Turks to fire into the fort itself. Yet this fort was destined to become the site where one of the greatest battles in Malta’s history was very bravely fought.

Its design by the Spanish military engineer Pietro Pardo (or Prado/Prato) came in for a lot of criticism later on. The fort had the shape of a four-pointed star with a free-standing fortress or cavalier from its seaward side and a ravelin on the Marsamxett front. It was constructed on rocky ground and could not be mined. Also, it could be continually reinforced from Vittoriosa across the harbour.

On the other hand, after the siege, it was said that St Elmo’s walls were too high, with the result that after a bombardment, the fallen masonry filled the ditches with debris to the obvious advantage for the attackers. The star points were too acute and could not be covered properly by enfilading fire. The ditch was too narrow and the counterscarp was too high. 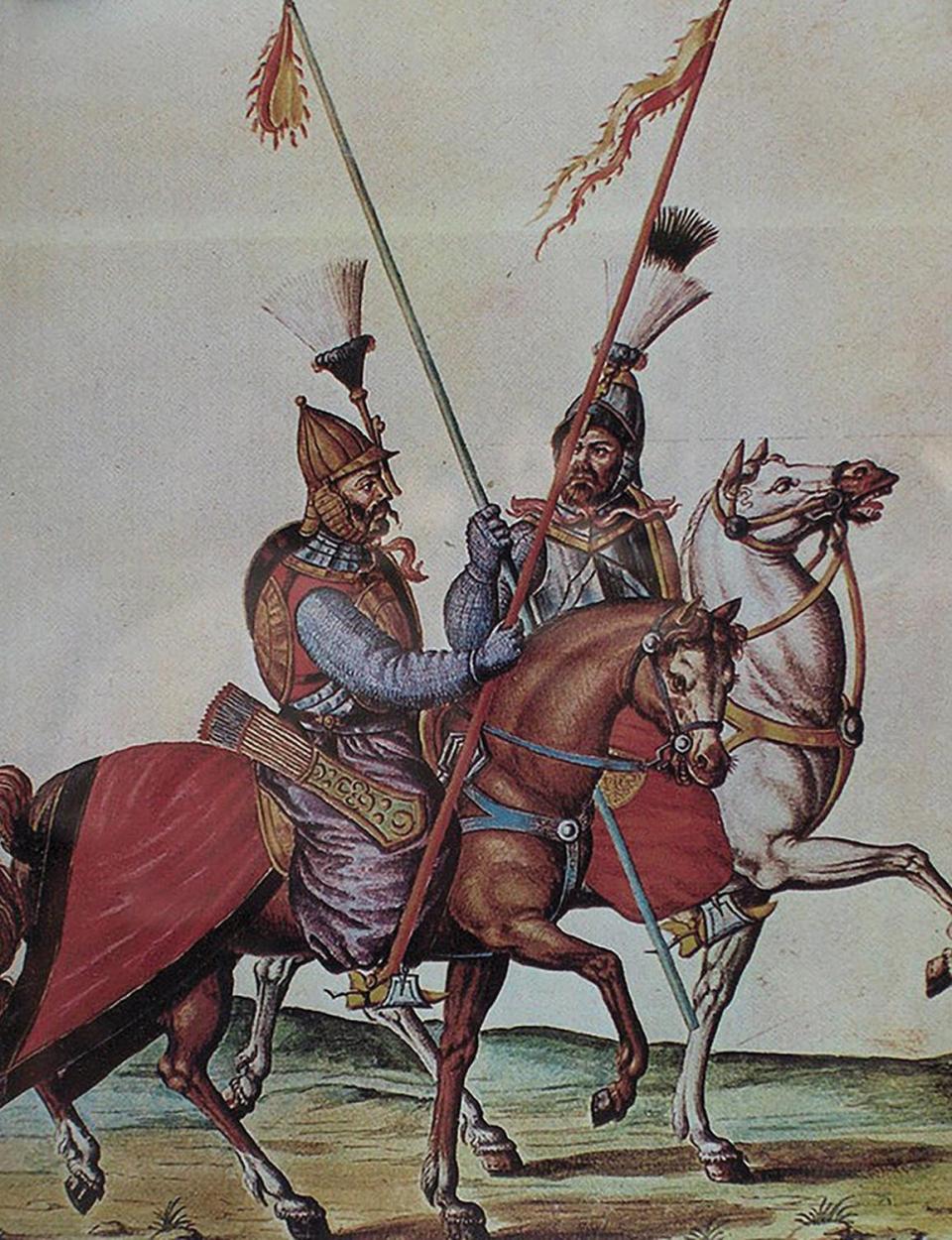 Typical Sipahis of the 16th century.

And yet this much maligned and criticised fortress managed to hold back the Turkish forces for over four weeks, or rather, 31 days to be exact.

The discussions of the Turkish leaders regarding the strategy to be adopted are not really known except from camp hearsay and gossip, but it seems that the Turkish High Command had different opinions on where to attack first.

The military commander, the experienced Mustaphà Pasha, probably favoured taking Mdina first, to be followed by Birgu (Vittoriosa) and Senglea. Mustaphà would have wanted to ignore St Elmo and leave part of the Turkish fleet at anchor in Marsaxlokk Bay while other units would blockade Grand Harbour and patrol the north and northeast coast to intercept any Christian reinforcements arriving from Sicily. This was sound military strategy, but perhaps fortunately for the Order and the Maltese, it was overruled.

Admiral Pialì Pasha opined that Marsaxlokk was not a safe anchorage and disliked keeping the other vessels on the north and northeast Maltese waters. He would have pointed out his personal responsibility for the safety of the whole fleet and the need to ensure a safe anchorage for the ships before engaging on a major land operation. 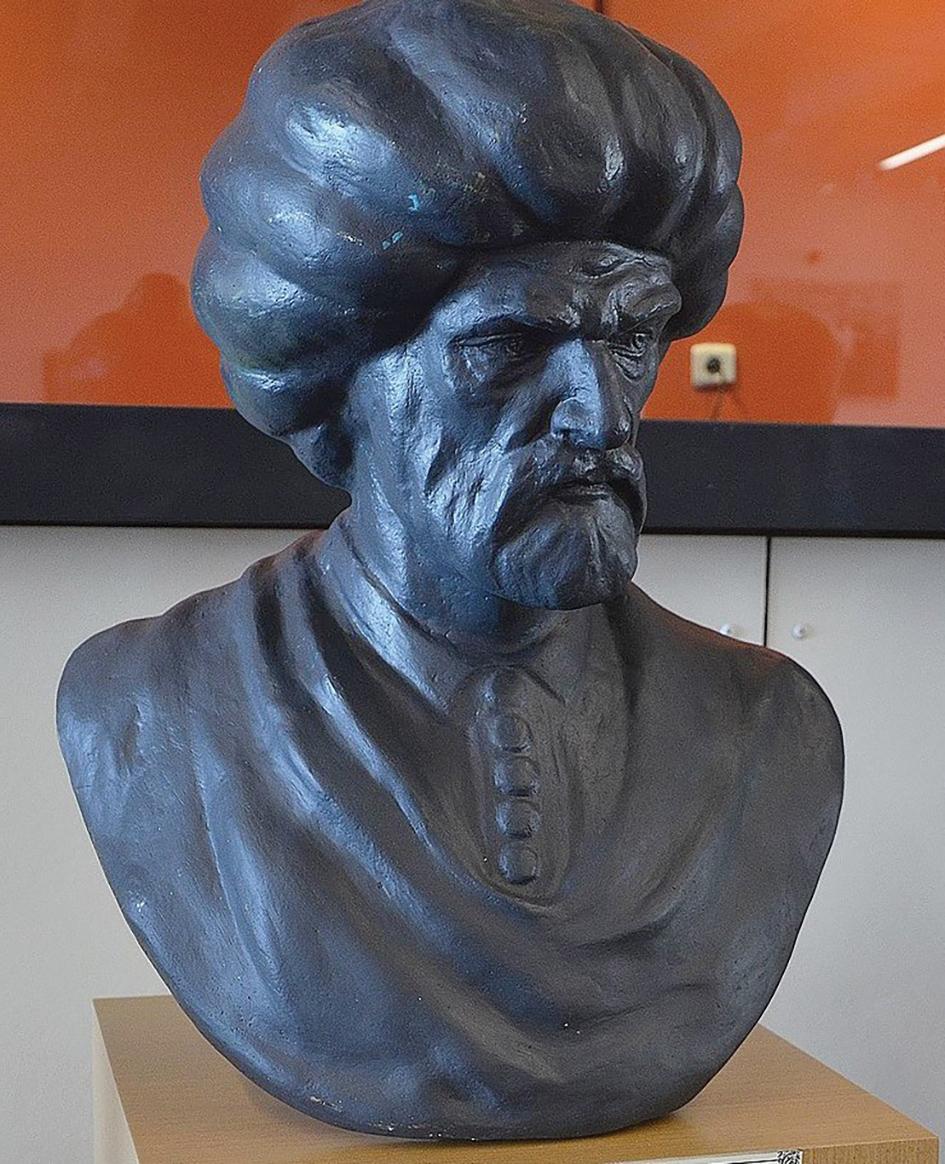 Bust of the Turkish admiral, Pialì Pasha (c.1515-68), in the Istanbul Maritime Museum, Turkey. He commanded the Turkish fleet during the Great Siege of 1565.

This left just Marsamxett Harbour as the only possible alternative, since Grand Harbour was in Christian hands. To occupy Marsamxett, Fort St Elmo would have to be besieged and captured because of its commanding position at the mouth of the harbour. However, it must be admitted that Pialì’s argument for a safe anchorage was valid.

What turned the tables was probably Pialì’s strong connections with the Turkish royal family; so Mustaphà would have acquiesced. Siege guns were moved into position in front of the fort and the attack was begun in earnest on May 24. But what the Turks expected to be a simple military operation lasting a few days turned out to be a 31-day-long affair.

Grand Master Jean de Valette was pleased with the Turkish decision because the time lost by the Turks on St Elmo was time gained by the Christians to reinforce and improve the main defences at Birgu, Senglea and Fort St Angelo, which the Turks would have to eventually attack and capture in order to take Malta. So St Elmo was continually reinforced to hold out to win invaluable time.

Eighty-year-old Dragut (or Torghut) Rais, one of the best-known Muslim corsairs of his age and Governor of Tripoli, who knew Malta well, arrived with reinforcements on May 30. Sultan Suleiman II had decreed that his advice was to be sought on all major details of the siege. Whether Dragut disagreed with the adopted plan to take Fort St Elmo first is not really known. Probably, he would have preferred to attack Mdina in conjunction with St Elmo since the latter was expected to fall easily. However, to uphold the morale of the Turkish troops, there was no retracting now, so theattack was to be proceed with greater urgency. 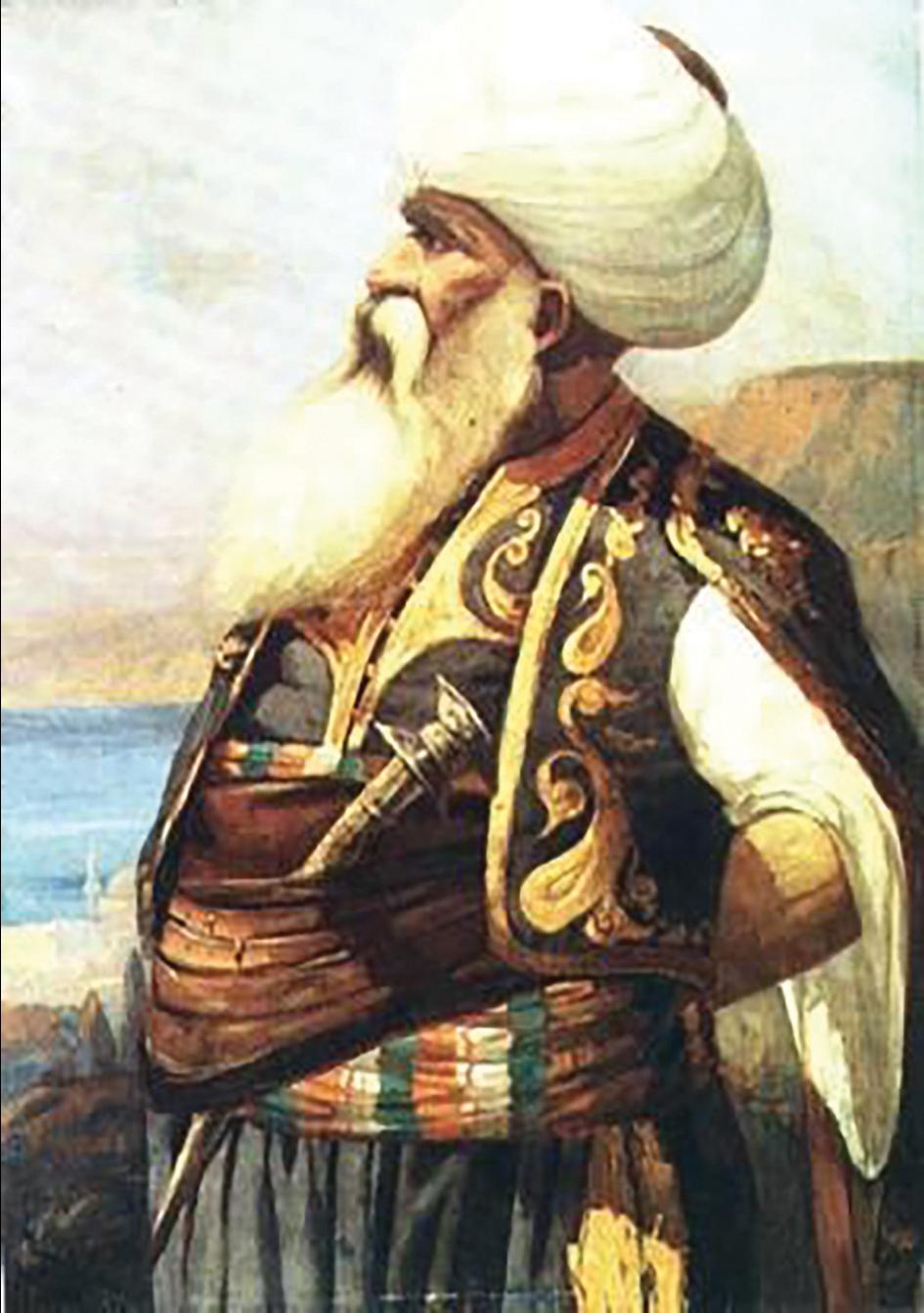 Dragut (or Torghut) Rais was 80 years old when he took part in the Great siege of 1565.

Therefore, Dragut ordered the addition of gun batteries on Gallows’ Point (modern Ricasoli), at the promontory where Tignè Point now stands, and the strengthening of the existing batteries pounding the land front of Fort St Elmo. He also ordered the immediate capture, at all costs, of the ravelin.

It was now clear that there was a coordinating brain in charge of the Turkish forces because, within 24 hours, the fire power against Fort St Elmo had doubled. Breaches began to appear in the fortifications and were shot away as soon as they were repaired.

Francisco Balbi da Correggio, an eyewitness, describes the firing on St Elmo “like a volcano in eruption, spouting fire and smoke”. However, the Gallows Point battery was not strong enough to ensure that no Christian boats crossed over from Fort St Angelo to St Elmo. 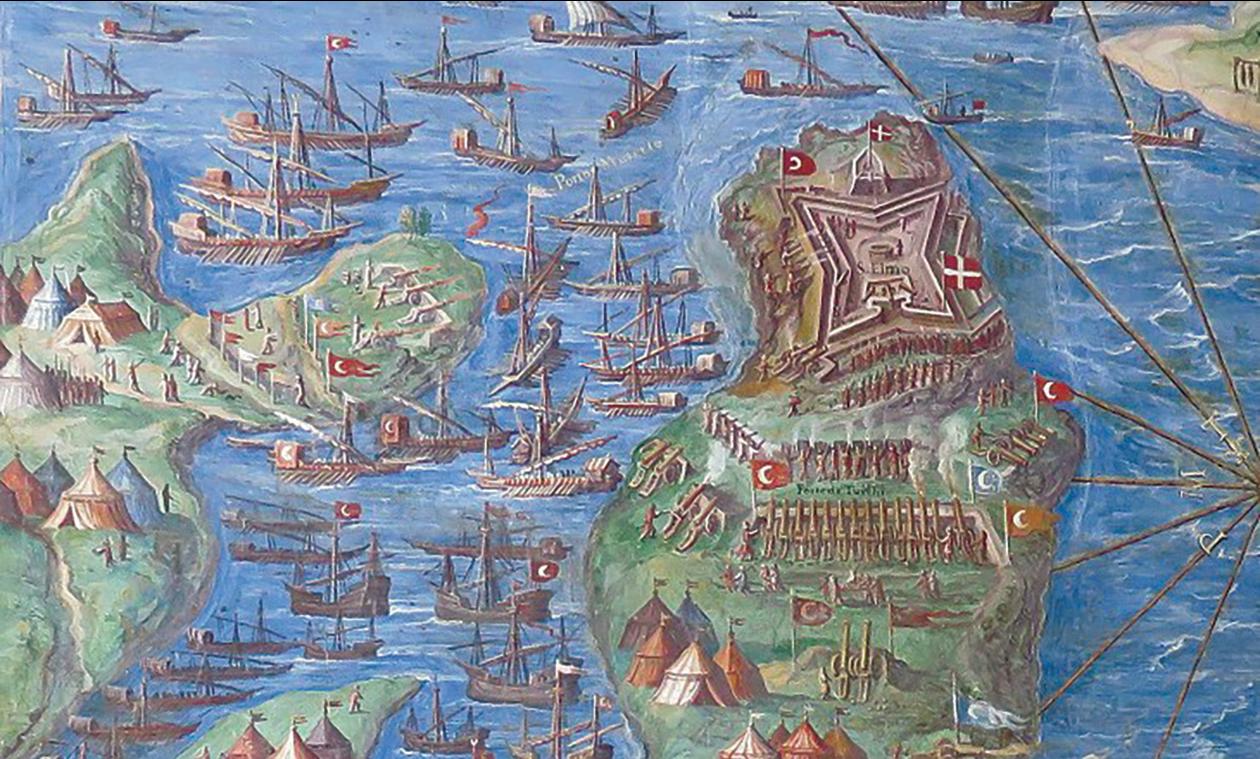 Fort St Elmo was besieged from all sides.

On June 3, the feast day of St Elmo, the patron saint of the fort, the Janissaries captured the ravelin at great cost but the main fort itself held firm against all odds.

On June 10, Dragut re-established the Gallows’ Point battery after it had been destroyed by the Christian cavalry. This time, it was made even stronger so that it would command the sea approaches between St Angelo and St Elmo. Thenceforth, assaults were carried out also at night. 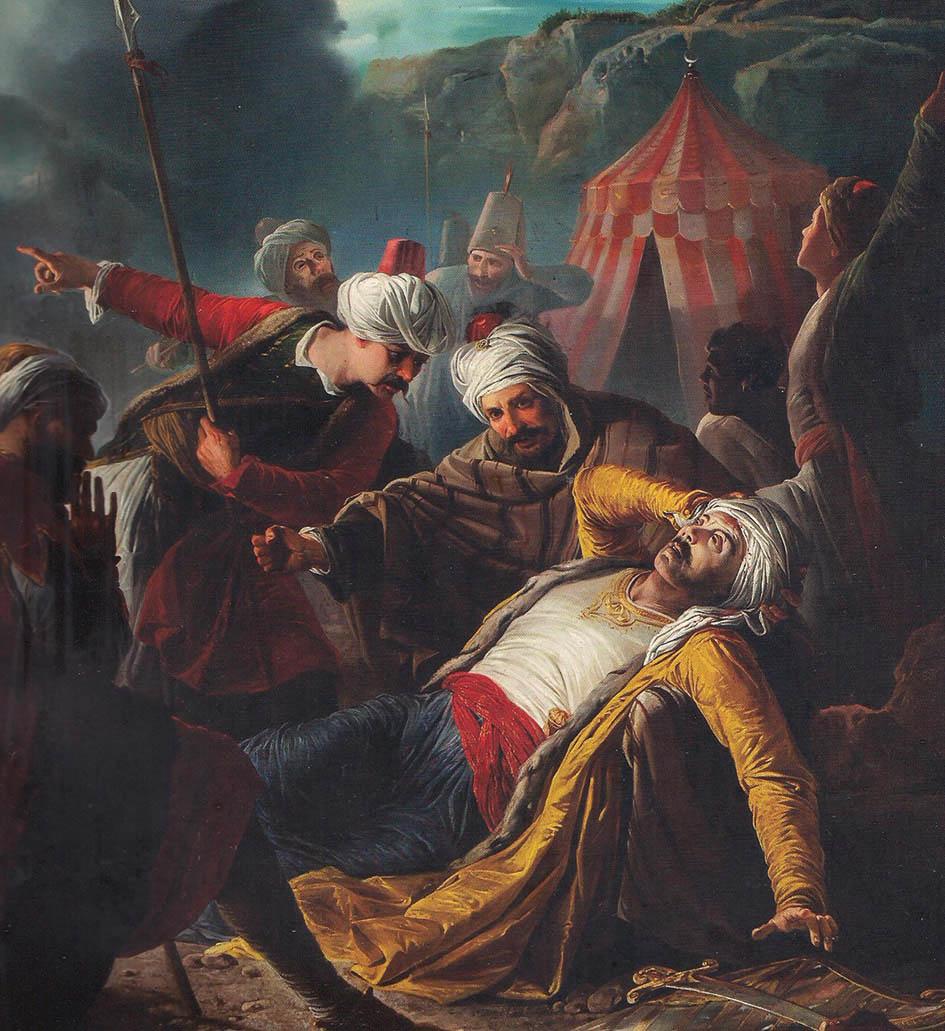 A great assault on June 16 failed but the situation was so desperate that de Valette would not send men to reinforce the defenders except for volunteers who, however, were not lacking. It is traditionally held that, on June 18, while Dragut was supervising the erection of a new battery and screen, a cannon-ball fired from a Christian gun crashed into the hard earth and ricocheted overhead, throwing up great splinters of rock. One of them struck Dragut and mortally wounded him.

However, the latest research implies that he was fatally injured due to the explosion of a badly repaired Ottoman cannon. The official Turkish version was that he lingered on for several days and expired on June 23 after he was informed that St Elmo was taken. However, it is very probable that he died on the 18th, with news of his death having been withheld for morale-boosting reasons among the Turkish ranks.

June 23 was also the day when St Elmo fell after having been completely cut off from St Angelo for three days and after a Christian relieving force had to retire. The defenders fought to the bitter end, and almost all were killed where they fought, including within St Anne chapel.

Dragut’s corsairs, who valued prisoners-of-war, were instrumental in capturing nine knights alive, though not even one was later ransomed.

A few Maltese soldiers managed to escape by swimming across Grand Harbour and recounted the story of St Elmo’s last three days.

But St Elmo and its hundreds of defenders (sources opine that the number of casualties may have been as many as 1,500 men) had not died in vain. The Turks had lost very valuable time and a large number of soldiers, with some sources putting the figure as high as between 6,000 and 8,000 men. Moreover, the siege had claimed the life of Dragut, the one man in the Turkish ranks able to co-ordinate military and naval operations and also the only person whose advice was heeded by both Pialì and Mustaphà.

Who knows what could have been the final outcome of the Great Siege if Fort St Elmo had not held out for so long! 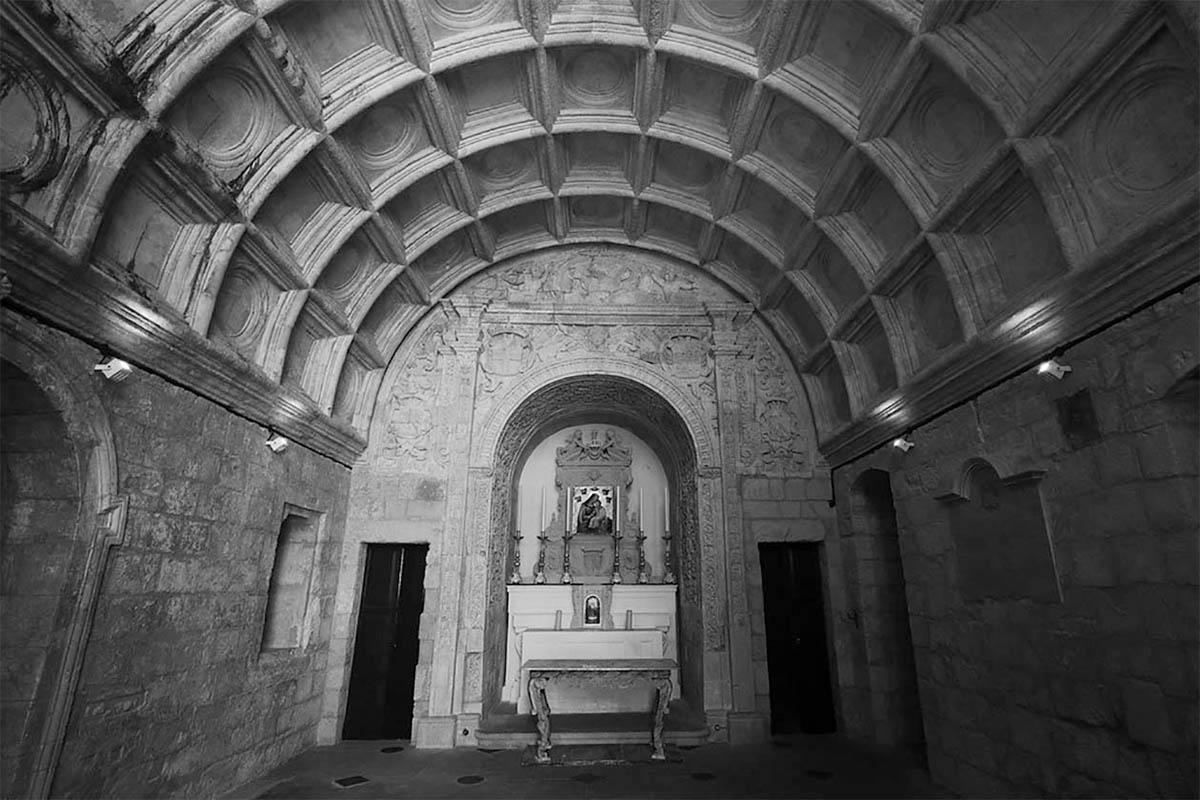