Derrick Rossi, the professor who discovered how modified mRNA can be used to treat disease – the scientific innovation behind the Moderna and Pfizer coronavirus vaccines – had Maltese parents. He speaks about how, beyond COVID-19, this discovery is set to cure genetic diseases and how he is working on other medical technologies that target blood disease and multiple sclerosis.

A decade before the global coronavirus crisis struck, a stem cell biologist at Harvard Medical School created a company that would one day become a household name.

Prof. Derrick Rossi and his team had figured out that modified mRNA, a molecule that gives DNA instructions on how to behave, could be used to treat disease.

They named the company Moderna – shorthand for modified mRNA – and last December its COVID-19 vaccine was approved and is now being distributed around the world.

In January, Malta became the first county in Europe to receive the Moderna vaccine, appropriate, perhaps, given its founder’s history.

“My family was a working class family and we’d never take trips – except to Malta,” Rossi says. He was six years old when he first visited the island, travelling from Canada, where he was born. 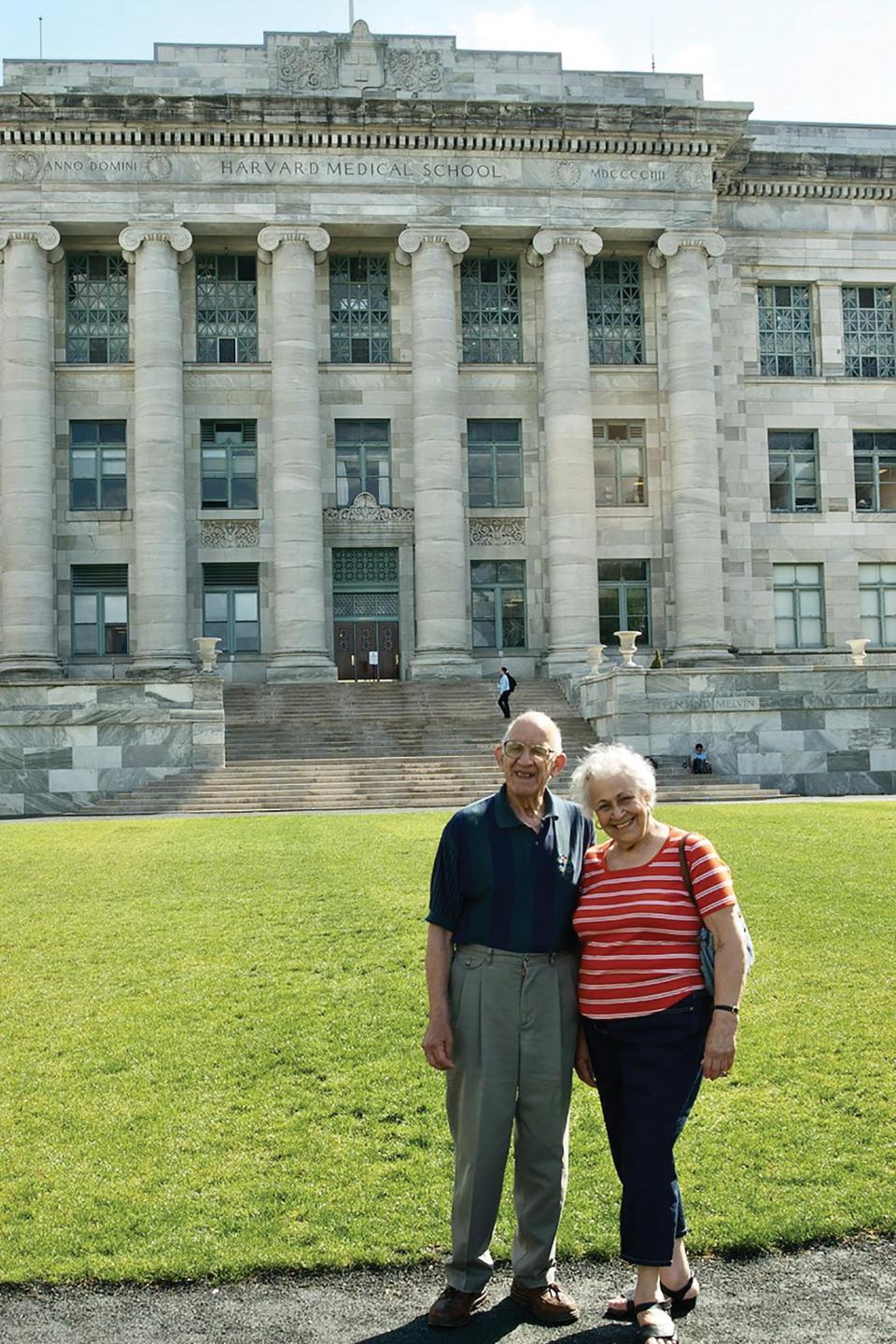 His mother, Agnes Psaila, was from Qormi while his father, Alfred Rossi, was from Valletta. Both were born in the 1930s, at a time leading up to World War II. His mother lost her father to the war when he was hit by shrapnel and, a few years later, her mother died. She was raised by her eldest sister who married a British soldier and they eventually emigrated to Canada with the whole family in the late 1940s.

Meanwhile, his father travelled to Canada with some friends as a teenager and never returned to Malta. His parents, who have both passed away, met in Canada and got married at a young age and went on to have five children. Rossi was the youngest, born nine years after the fourth child.

Sitting in his home in Boston, the US, Prof. Rossi speaks about his Maltese roots. He recalls trips to Malta where they would visit the Rossi family grave at the Addolorata Cemetery.

They usually rented a flat in Sliema and enjoyed walking along the front, taking trips to Valletta, Marsaxlokk and Mdina. As Rossi grew up, he would drive around the island which is why “I know my way around Malta pretty well,” he says. His last trip was around 2014 before his mother died.

Rossi knew what career path he wanted from a very young age. When he was in high school in Canada, he took a biology course and was introduced to molecular biology.

“I knew I wanted to be a molecule biologist as the inner workings of cells and life was fascinating to me,” he says.

After high school he travelled a lot. He went to the University of Toronto and got his bachelor’s degree in molecular science. Then he took a year off and travelled to Africa, hitch-hiking through central Africa for five months which was “pretty amazing”. He then got his master’s degree in Toronto and, after that, went on to do his PhD in Paris.

But he never completed it as he got “medically exhausted” following a lifestyle of studying and partying all night. He did some more travelling before heading to Finland where he completed his PhD and published several papers. This paved the way to his doctoral fellowship and he eventually got a faculty position at Harvard Medical School. 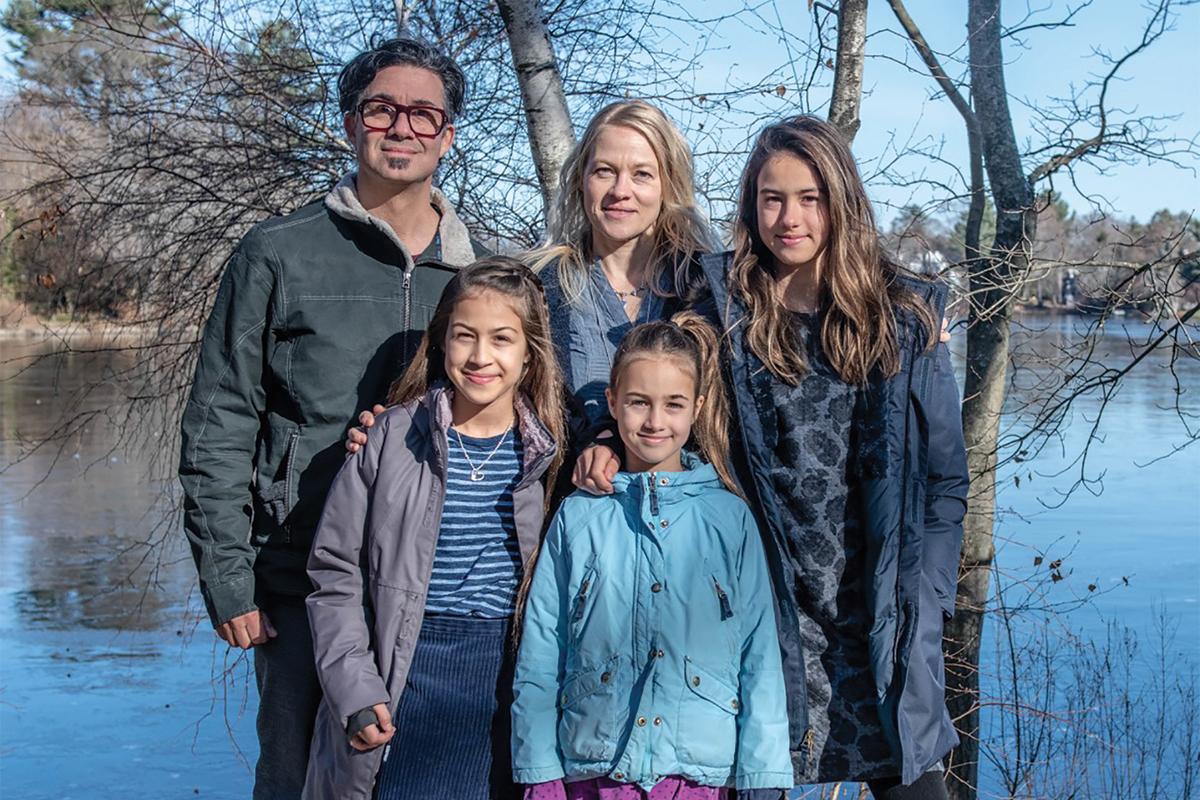 Derrick, his wife Nina and daughters Inka, Lumi and Oona near their home in Massachusetts.

In 2008, he started working on the science that led to Moderna, which he co-founded in 2010. He was on the board of directors but never joined the company as he retained his position at Harvard.

Back then, Moderna was not about vaccines. “It was a stem cell story. We developed modified mRNA technology to treat as many genetic diseases as we could,” he says.

In simple terms, modified mRNA is a molecule that gives DNA instructions on how to behave. DNA is a passive molecule. It holds the code to life but does not “do” anything. In order to “do” you need active molecules, which are the proteins, the worker bees of cells.

Take whatever vaccine is offered, without allowing stories of side effects to scare you

RNA (mRNA) is the middleman – the messenger that carries the genetic coding from the DNA so that cells know what protein to make.

Scientists have been aware of the mRNA molecule since the 1950s. What Rossi and his team did was figure out a way how to inject mRNA into cells without killing them. They did this by modifying it. The discovery that it could be inserted into cells to produce proteins opened up a world of possibilities for the medical uses of mRNA technology.

All vaccines are better than COVID-19

Then in 2020, COVID-19 struck. The coronavirus vaccine was the first mRNA application that became a product. It was the basis of the creation of the Moderna and Pfizer vaccines. Other vaccines, like Johnson & Johnson and AstraZeneca followed different models (using double-stranded DNA instead).

But Rossi’s advice is to take whatever vaccine is offered, without allowing stories of side effects to scare you.

“If a vaccine has been approved you should get it. There are rare side effects but, what is true, is that the risk of getting sick or dying from COVID-19 is millions of times greater than your chance of getting a rare event from a vaccine…  Get the vaccine that’s offered to you and get it quickly. The variants are evolving all the time – so everyone should get vaccinated,” he says.

Beyond the vaccine, there are many other products in the making from mRNA. Soon mRNA therapeutics might be tailored to instruct a person’s immune system to fight their specific type of cancer, for example.

Rossi left Moderna in 2015, but as a shareholder, he retains a significant amount of stock in the company, now worth $60 billion. Since then he founded four other Biotech companies that include: Intellia Therapeutics that is developing revolutionary genome editing therapies to cure genetic diseases; Magenta Therapeutics focusing on haematopoietic (blood) stem cell transplantation; Stelexis Therapeutics which develops new medication for treating cancerous stem cells; and Convelo Therapeutics that is developing a new class of medicines that could benefit multiple sclerosis patients.

This is also happening in Malta. The Association of Orthopaedic and Trauma Surgeons of Malta recently warned against stem-cell interventions being practised, saying any benefits are unproven benefit, with an unclear scientific basis, and resulting in “uncontrolled and unethical experimentation on patients”.

Rossi knows all too well about this.

“There’s a problem around the world. There is a big industry that is taking money from people who want treatment for disease and are willing to pay thousands for that hope. But there is one stem cell approved therapy and that’s bone marrow transplantation – it works and saves lives and happens in real hospitals and not small clinics that spring up,” he says.

Rossi retired from academia a few years ago but his passion to make a difference and develop life-changing medical technology remains strong.

“I wanted to retire and take my kids to school every day and spend time with my family. I’ve been fortunate enough to have had such success that I don’t need to work anymore,” he says adding that he and his wife, Nina, have three daughters Inka, Lumi and Oona.

Although he is retired, he remains active. “I have a hard time saying no to good science so people are always coming to me and pitching ideas,” he smiles.

And at the moment he has a new-found research goal. “Something I am passionate about now is a project focussed on treating a very big global health problem that no one in Pharma is working on as there is no money in it. 150,000 people die every year from snake bites. Most are in remote areas. I want to do something about this.”