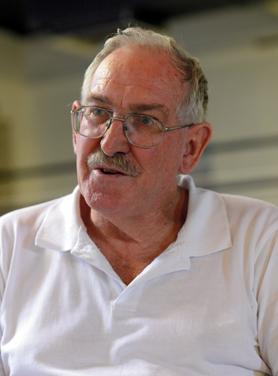 John Mayger has 22 children. But 18 of them were born as a result of sperm donation after his former wife’s second miscarriage convinced him to help women who could not have children of their own.

“I was quite traumatised and it was only then that I could empathise with others who could not have children,” he told this newspaper at the end of a three-month visit to see his seven-year-old “gift daughter” in Malta.

She is one of Mr Mayger’s daughters and sons, aged between 15 months and 11, conceived through sperm donation. The 66-year-old from Australia has another two on the way.

Most of the mothers are lesbians and the children were all conceived through artificial insemination after Mr Mayger handed over his sperm to the partner to inject into the biological mother.

The mothers are the legal parents on the birth certificates and he bears no financial responsibility towards the children. However, he likes to see his offspring as often as possible.

Mr Mayger, who has four children from marriage, is opposed to anonymous donation.

He believes that every woman has a right to have a child, but at the same time it is every child’s right to know their genetic history and have a relationship with the father. He only donates if he can keep in touch with the offspring.

He insists being a parent is not just “a want”, but is “a hard-wired need”.

Deliberately excluding children from their genetic roots is immoral, he says, insisting that anonymous donor conception prioritises the needs of the parent over the child.

Mr Mayger spoke to this newspaper following an interview in last Thursday’s Times of Malta with 43-year-old Joanna Rose, who said that anonymous sperm or egg donation was emotionally painful and biologically dangerous for the child.

Ms Rose, who was conceived through sperm donation and has a doctorate in the subject, said donor conception children were unfairly raised with a script about how wanted they were and how grateful they should be to be alive.

Mr Mayger said this proved his point that these children are born to people who desperately want them.

Mr Mayger, who first donated sperm at a clinic in 1978, started advertising in lesbian magazines after he tried to donate sperm at another hospital following the breakdown of his marriage. He was rejected because of his age and also because he already had too many children.

Through sperm donation, he believes he is fulfilling his Christian duty by showing love to the ‘marginalised’ and by being part of a changing culture that is opening up to gay families.