Is it possible to fit 35 million years, 30 museums and sites, seven world heritage sites and one national agency in just one book? Heritage Malta’s latest publication proves it can be done.

Heritage Malta Museums & Sites: The Mediterranean in a Nutshell provides detailed but concise one-page accounts focusing on essential data about each of Heritage Malta’s museums and sites. These are accompanied by one-page images and a set of brief main points, together with the address, contact, weblink and QR code of each place.

The engaging pages take readers on a journey of discovery of these islands.

Among the sites featured is Malta’s oldest one, Għar Dalam, a 144-metre deep cave which serves like a time capsule covering one million years. The remains of extinct prehistoric fauna, as well as evidence of the first humans, which were unearthed from this cave, are now exhibited in the Victorian-style museum located at this site.

Each of the six megalithic structures in Malta and Gozo – Ħaġar Qim, Mnajdra, Skorba, Ta’ Ħaġrat, Tarxien Temples and Ġgantija – have their own particular story to tell. However, they all share the prestigious honour of being listed as Unesco World Heritage sites.

The Borġ in-Nadur prehistoric ruins include a Bronze Age village, a late Neolithic temple and a cluster of bell-shaped silos. Both serving to shed further light on Malta’s prehistory while adding more enigmatic finds, the place points also to other historical elements which can be found in the surrounding context. 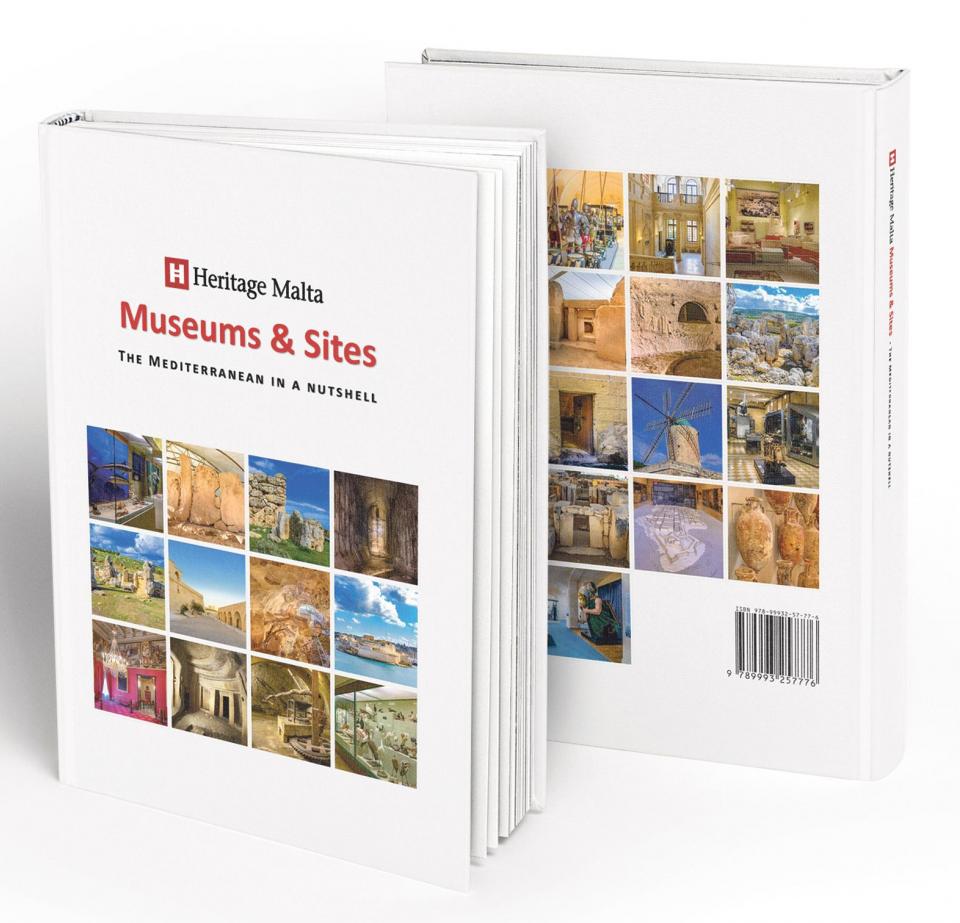 Ħal Saflieni Hypogeum is another Unesco World Heritage site. The multi-level subterranean burial site, which delves 11 metres below street level, is one of the most intriguing and remarkable prehistoric locations of the Maltese islands. Beautifully carved out using just stone and bone tools and craftily decorated with neolithic wall paintings, the place acts as a unique witness to a civilisation which has disappeared.

The two historical burial grounds, namely St Paul’s Catacombs and Ta’ Bistra Catacombs, have their own particular characteristics. While the former is a maze of 1,025 tombs situated beneath houses and streets, the latter is located in an ancient quarry and contains 44 catacombs.

The Domvs Romana is a testimony of the life of an affluent Roman family which owned this residence in Malta. While the richly-decorated marbles that have survived in this site are a direct proof of opulence, the several daily life artefacts portray a bygone era.

Having been used as a place of exile since ancient times, the Maltese islands have their share of historical prisons. One of the oldest ones is situated at the Citadel of Gozo, with its original cells dating back to 1548. Among its most curious features, one finds the scores of inmates’ graffiti, including ships, handprints, crosses, names and dates. 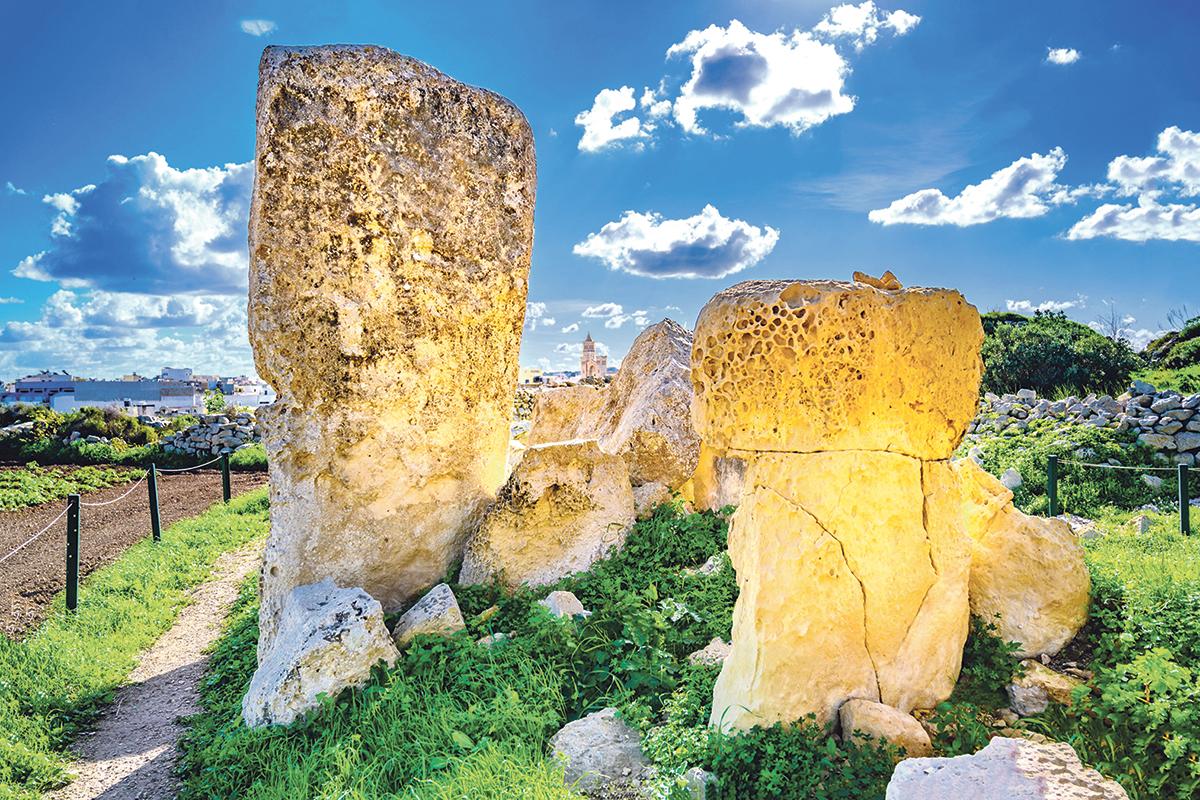 Another austere prison complex is located at the Inquisitor’s Palace in Vittoriosa. The palace, with its refined architecture, has served as a residence for 61 inquisitors, 25 of whom became cardinals, and two were elected popes.

The sumptous Grand Master’s Palace in Valletta is an architectural gem, reminiscent of the Order of St John, which ruled Malta from 1530 to 1798. The building has been serving as Malta’s principal centre of power for the past 450 years. The adjacent Palace Armoury contains one of Europe’s largest collections of weaponry and armour. 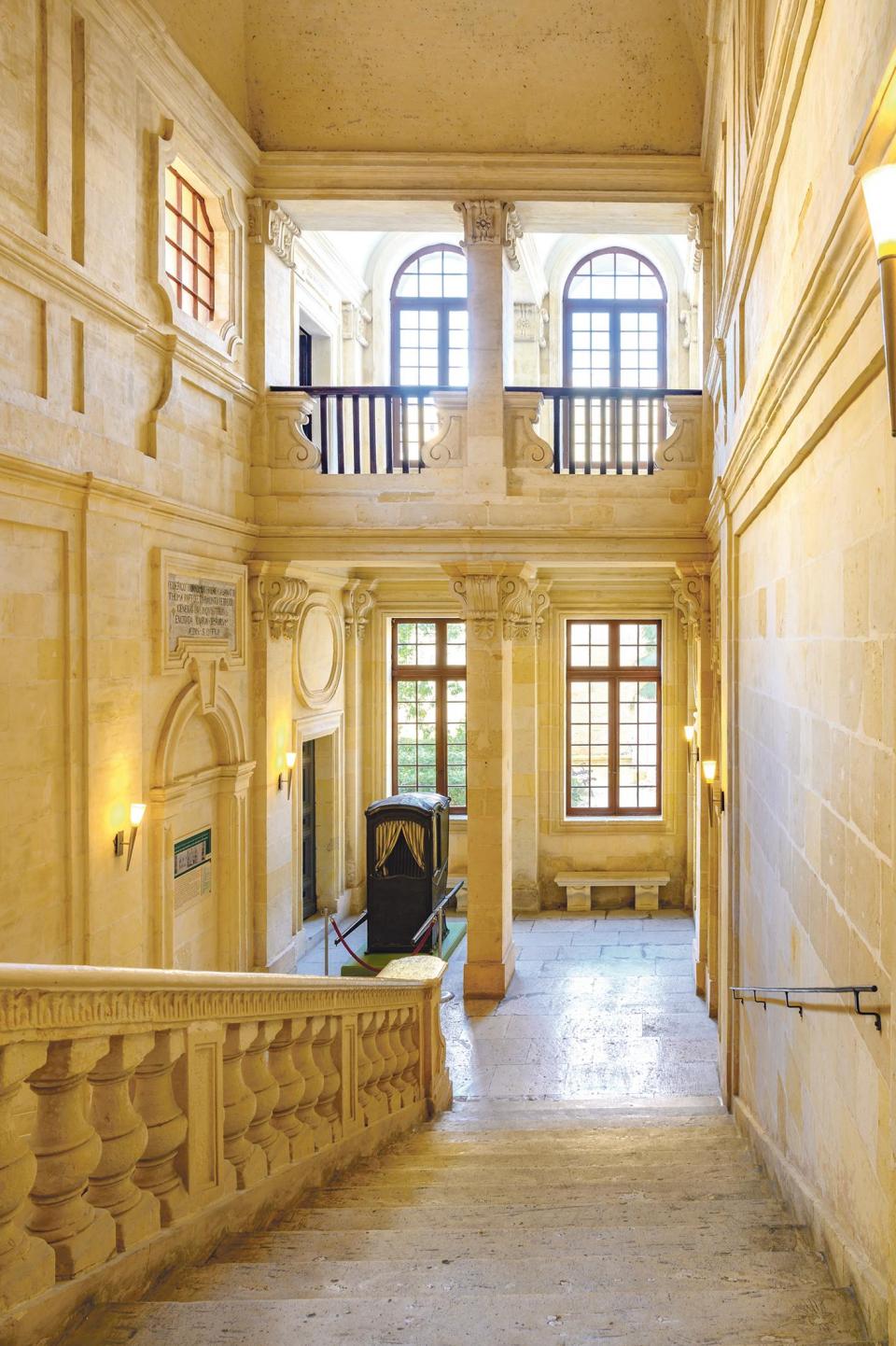 The Fortifications’ Interpretation Centre in Valletta provides an overview of the kilometres of fortifications that were constructed on the islands. Yet the book covers also Fort St Elmo with its National War Museum and Fort St Angelo in much more detail.

The two captivating sites of Villa Frere Gardens in Pietà and the underground interconnected tunnels of Valletta are also captured in this book.

A number of compelling places in Gozo are featured as well, including the Gozo Museum of Archaeology, the Gran Castello Historic House and the Gozo Nature Museum at the Citadel, together with Ta’ Kola Windmill in Xagħra.

Two of Heritage Malta’s museums are located within splendid buildings in Valletta, which originally served as auberges for the Order of St John. The National Museum of Archaeology is housed at the Auberge de Provence while the national community art museum MUŻA is located at the Auberge d’Italie.

The National Museum of Natural History is housed within one of the most monumental buildings in Mdina. Its abundant collections reach over one million specimens and cover 35 million years of natural history. 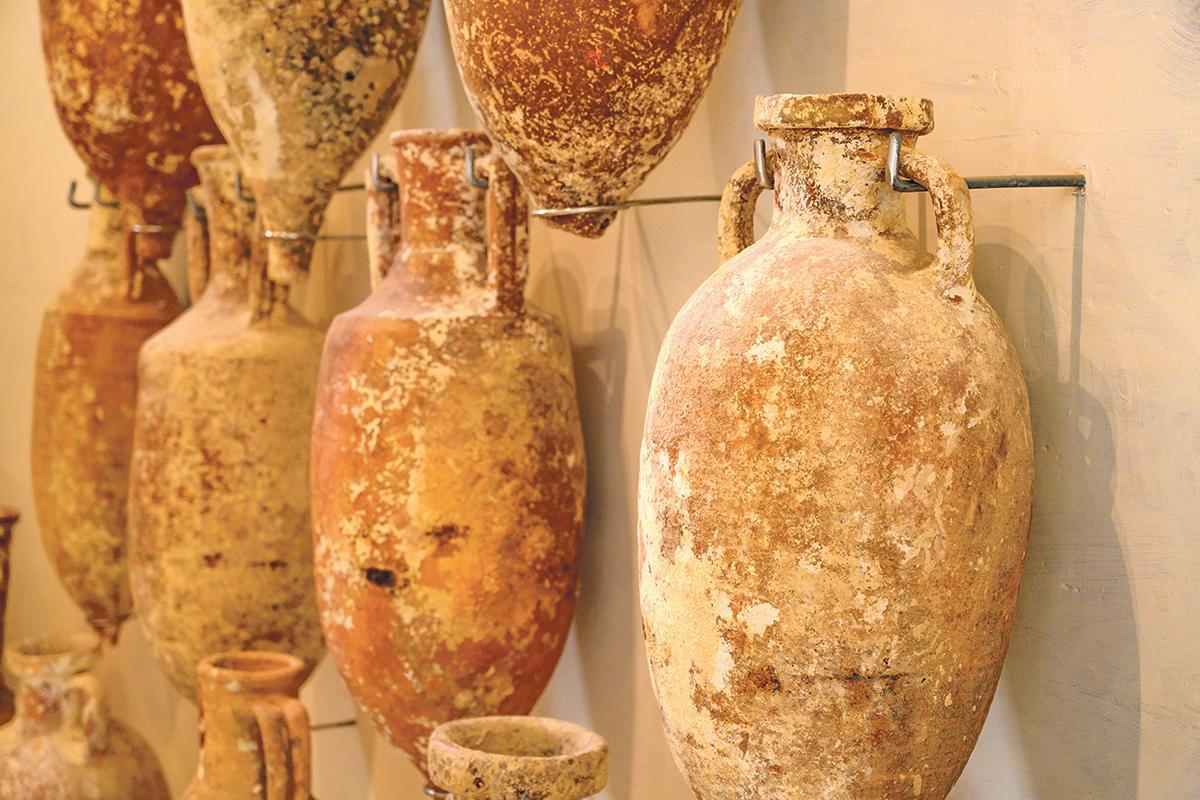 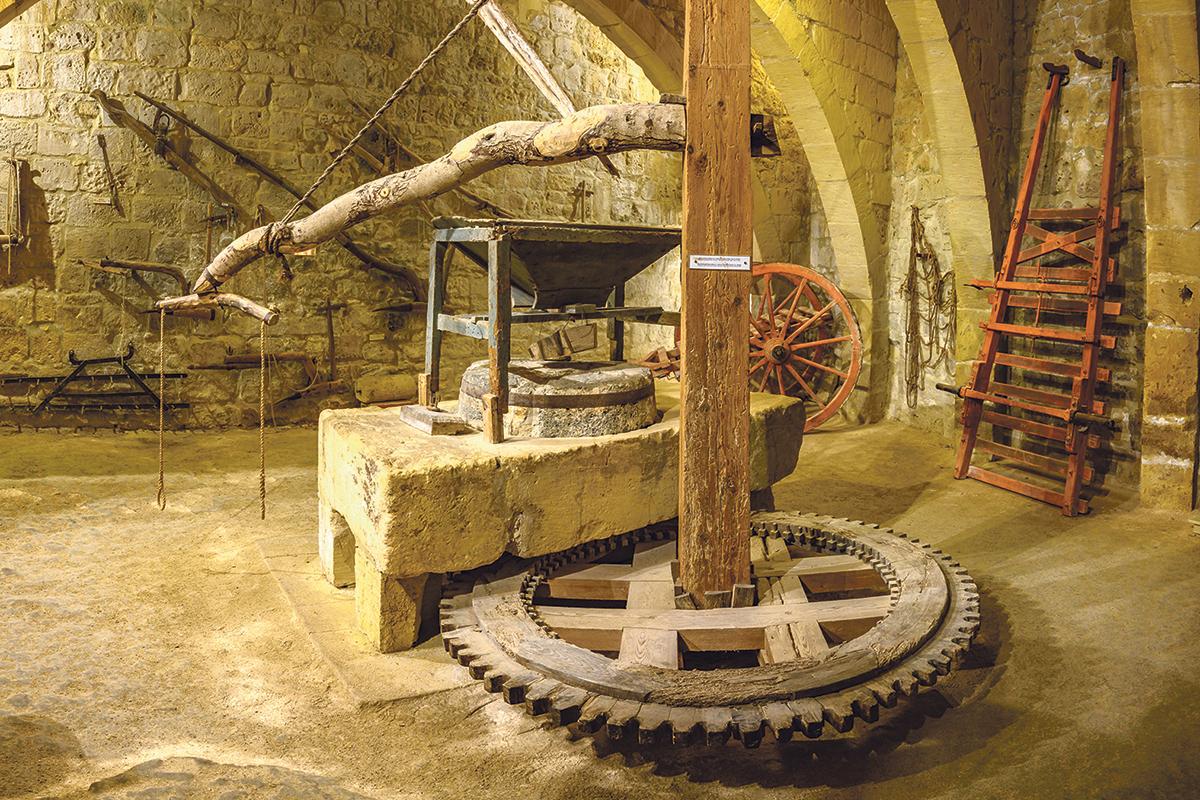 The Malta Maritime Museum is one of the grandest buildings at the Vittoriosa Waterfront. Built to serve as the Royal Naval Bakery during the British rule, this place today offers a wealth of knowledge about the marine history of our islands.

The hardbound, slender book is ideal for all those who have an interest in the Maltese islands’ legacy, for students who require reliable but brief information about the islands’ main archaeological and historical sites, and also for tourists who would like to acquire a memorable keepsake of their stay in Malta.

It is written by Alan Fenech, Godwin Vella and Vincent Zammit with photography and design by Pierre Balzia.

The publication is available from Heritage Malta’s museums and sites.