A magisterial inquiry into Lino Cauchi’s murder was ordered three years after the accountant’s disappearance, when a man who was about to wash his car in a secluded area of Buskett pulled up black bags containing human remains from a well.

The discovery was made on November 15, 1985, as political tensions in Malta were reaching their peak.

Tests in Malta, the UK and Australia established the body parts belonged to Cauchi, the man who had gone missing three years before. Inside the well, police also found a mallet usually used in the construction industry.

Forensic experts had concluded that the 32-year-old had been killed by a violent blow to the back of his head by the same mallet found in the well because the crushed skull and the gaps found in it corresponded in size.

The skull was fractured in 28 places as a result of the blows. A saw was then used to dismember the body before it was dumped into the well.

His family is now seeking compensation from the State for what they claim was a murder that was not properly investigated due to lack of will. At the time, the suspicion was that this was a political murder of a victim who knew too much. 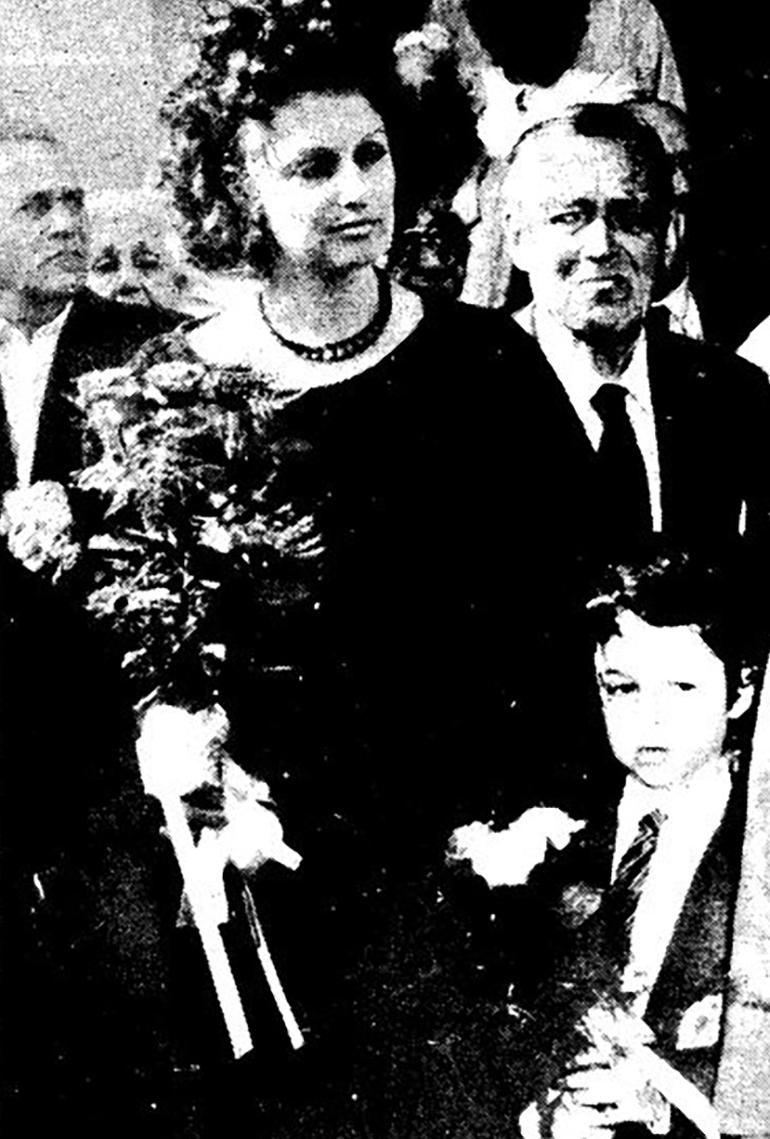 Anna and Paolo attend the funeral in 1989.

According to investigative journalist and author Dione Borg, the murder of Cauchi in the 1980s and the recent murder of Daphne Caruana Galizia bear astounding similarities because they were both killed for knowing too much about the web of corruption they had around them.

Borg believes that Cauchi and Caruana Galizia were both eliminated by criminals who thought the two had trampled on their toes.

Both murders along with those of Raymond Caruana, Karin Grech and Wilfred Cardona are five unsolved political murders, Borg says.

He believes that police inaction at the time of his disappearance was one of the main reasons the murder remains a mystery.

“There’s no doubt at all about this,” he stresses.

Cauchi, 32, was considered to be one of the finest accountants in Malta at the time and worked for Diamantino-Manfré, a well-established accountancy firm, before branching out and opening his own accountancy firm.

Through his profession, he became professionally linked to some high-profile property developers, some of them with political connections to the late Labour minister Lorry Sant, who at the time was responsible for handing out building permits. There was no Planning Authority at the time and corruption was rife, despite the lack of hard evidence.

Borg says the property developers at the time negotiated land deals and then used their influence on the political class to secure development permits and turn into gold the land they would have bought for a pittance.

Most of the land in question were in zones considered to be green areas, where people thought they could not build. 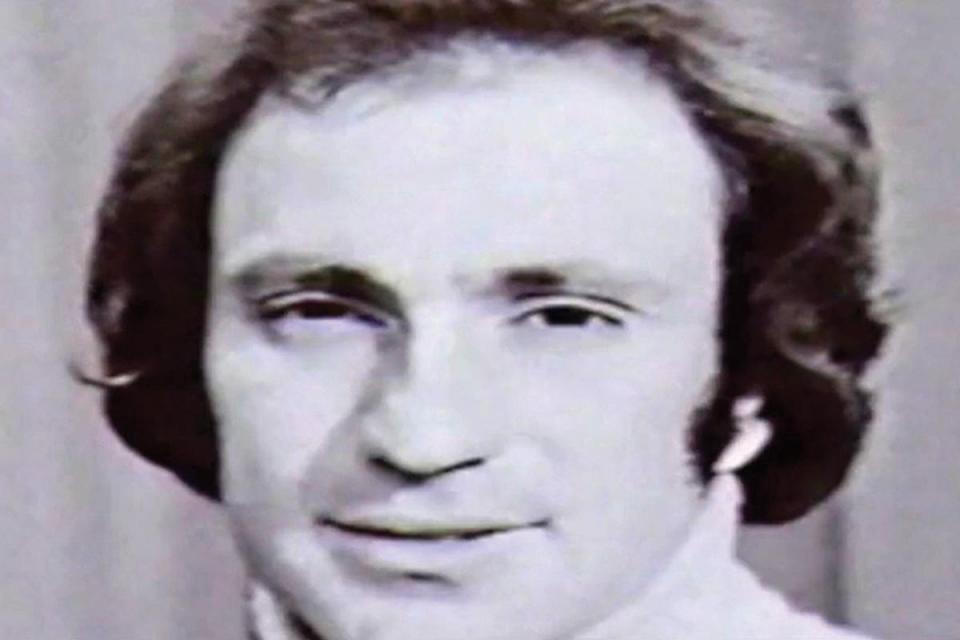 Lino Cauchi was 32 when he was murdered.

Feared for his life

The victim’s relatives, who insisted on not being named, say that before he disappeared, Cauchi was fearing for his life. The partner of the accountancy firm where he worked, Lino Manfré, died in mysterious circumstances a few days after he was admitted to hospital for treatment for something which was not believed to be very serious.

Relatives say that after Manfré’s death, Cauchi had upped the value of his life insurance because he feared for his life.

On February 15, 1982, Cauchi left home to go to work bidding goodbye to his wife, at the time three months pregnant with their first – and only – son.

Borg says that Cauchi had gone home for lunch that day. With almost a sense of premonition, before he left home, he told his wife about the documents inside a briefcase he had at home and warned her not to give them to anyone.

That day, he attended a meeting in Old Bakery Street, Valletta close to his office, but never returned home although his car was found parked outside his home.

The day after Cauchi’s disappearance, a man claiming to be from the Inland Revenue Department turned up at his residence asking for some documents. Anna Cauchi obliged and handed them over.

Two days after his disappearance, the police found Cauchi’s briefcase dumped in a field close to Chadwick Lakes. The briefcase was empty. 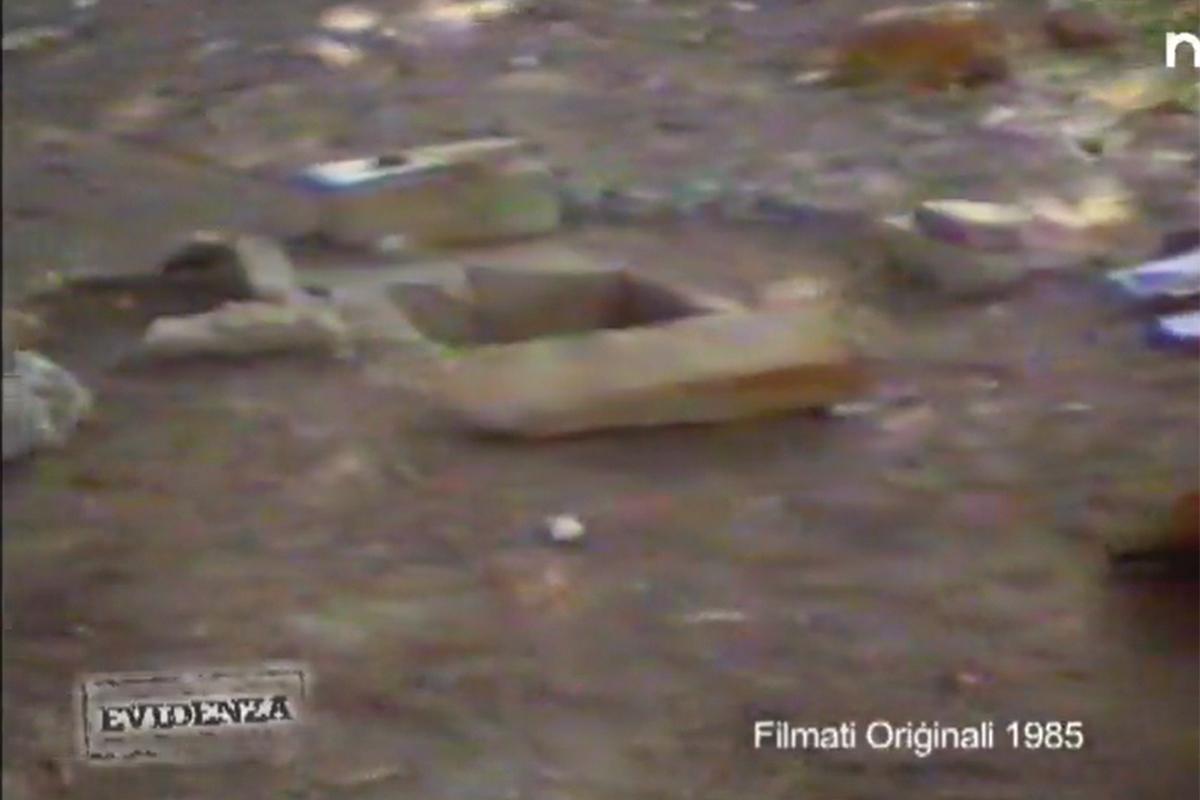 The well in Buskett where Lino Cauchi’s body was found. Still shot from Evidenza.

Cauchi was treated as a missing person. The police had picked up his wife, believing they could have had some trouble that led him to flee the country. According to sources, the police "dumped her into a filthy cell and wasn't properly questioned". Cauchi was never found until the body parts were discovered in a well in 1985.

Forensic expert Anthony Abela Medici, at the time head of the police lab, had told an investigative programme on Net TV conducted by Borg, that according to evidence he found, Cauchi may have been dismembered within 30 minutes of his death.

Abela Medici said the fact that the brain was found intact shows that the body was dumped into the well – a cold spot – shortly after the killing.

An investigation by Malta Today in 2002 had revealed court evidence on a number of corruption cases in the 1980s, which showed how Cauchi was privy to corrupt dealings by a number of businessmen, including Lorry Sant’s right-hand man and works manager Piju Camilleri, who always insisted that he did not know Cauchi.

When contacted, a spokesman for the police said the murder case is still open. 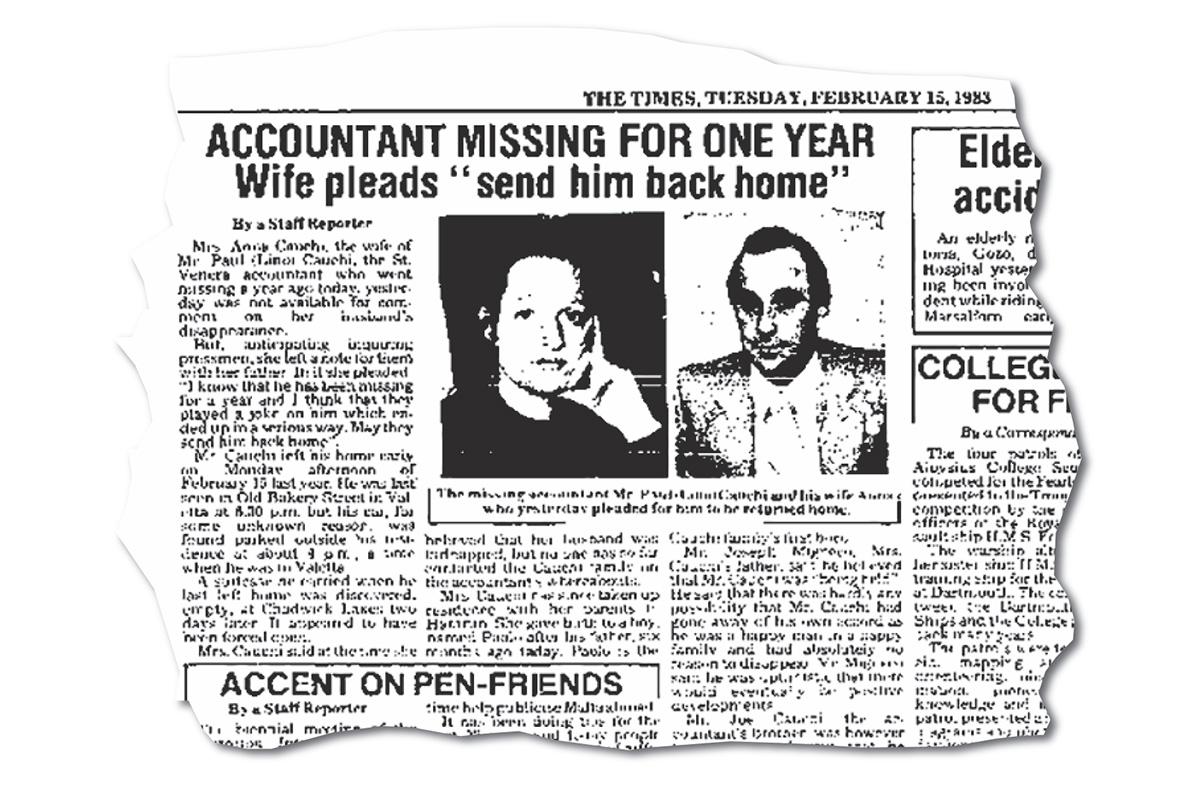 A report of Lino Cauchi’s disappearance in The Times in 1983.

February 15, 1982: Lino Cauchi leaves for work in the morning and returns home in Santa Venera for lunch at noon. Before leaving again, he warns his wife about the documents in the briefcase he  left at home. An hour later he leaves for his Old Bakery Street office but never returns. His car is parked outside his home.

February 16, 1982: A man claiming to be from the Inland Revenue Department goes to Cauchi’s home asking his wife for some important documents.

February 17, 1982: Cauchi’s briefcase is found in a field close to Chadwick Lakes. The briefcase is empty and the broken locks show that it had been forced open.

November 15, 1985: A man washing his car in a remote part of Buskett find a black bag containing body parts inside a well.

April 24, 1989: Cauchi’s funeral takes place in Ħamrun. His wife Anna and his only son, Paolo, at the time seven years old, in attendance.

September 27, 2005: Home Affairs Minister Tonio Borg tells parliament that Cauchi’s murder was still being actively investigated by the police. He says that following information received by the police, a number of people were interrogated and had given evidence before an inquiring magistrate.

July 16, 2020: Anna Cauchi and her son Paolo file court action seeking compensation from the State for what they claim was a murder facilitated by the violent political climate of the time and the lack of willingness to properly investigate the case.