Updated 6.16pm with minister's remarks about an investigation

A foundation that has poured millions into the national orchestra has a link with a Russian agency accused of being a cover for intelligence operations in foreign countries.

The European Foundation for Support of Culture was registered with the Commissioner for Voluntary Organisations (CVO) in February 2015 by a 26-year-old Latvian event organiser, using a modest €233 cash endowment.

Over the following three years, over €12 million would pass through the foundation, with its largesse helping to propel the government-funded Malta Philharmonic Orchestra onto the international stage.

Among a myriad of tours across Europe and the US, the foundation’s sponsorship of the orchestra allowed it to carry out a “dream” performance at New York’s Carnegie Hall and another at the Moscow State Tchaikovsky Conservatory.

However, an investigation by Times of Malta exposes a link between the foundation and a Russian agency often accused of being a cover for intelligence operations in foreign countries.

While the foundation’s public-facing address is an office at the Westin Dragonara, the foundation is actually registered with the CVO at the Russian Centre for Science and Culture in Valletta.

Documents reviewed by Times of Malta show that the foundation’s 26-year-old founder resigned a year after setting it up.

Replacing her was Konstantin Ishkhanov, a graduate of the Gubkin Russian State University of Oil and Gas, who was working into the local culture scene after moving to Malta around 2012.

Ishkhanov shifted the foundation’s registered address from a flat in Gżira to the Russian Centre for Science and Culture’s Valletta address. The centre is one of a sprawling network of 97 offices dotted around the world and run by Rossotrudnichestvo, a cultural exchange agency set up by a Russian presidential decree in 2008.

The European Council on Foreign Relations, a pan-European think tank, has warned how Russian intelligence bodies often work with the agency to increase Russia’s influence in European countries and covertly infiltrate societies there.

The Rossotrudnichestvo-run Russian cultural centre in Washington was the subject of an FBI investigation in 2013 into whether its cultural exchange programmes were being used to recruit Americans as intelligence assets. Ishkhanov’s sponsorship of the national orchestra and other cultural events through the foundation has seen his standing and influence in Maltese society skyrocket in recent years.

According to the foundation’s 2018 administration report, its aim is to transform Malta into one of the main European cultural destinations.

A rundown of the events organised by the foundation indicates collaboration with the Russian embassy in Malta.

On January 9, the foundation said it promoted an event together with the Russian embassy under the patronage of then-president Marie Louise Coleiro Preca to celebrate Orthodox Christmas festivities.

This event was attended by members of cabinet, ambassadors, members of the diplomatic corps, the business community and lead representatives of the Russian diaspora in Malta, according to a report compiled by the foundation.

Last year, the Malta Arts Council’s gave him and the foundation an honorary award for cultural promotion.

The Russian benefactor was even singled out in a government press release issued by the tourism and culture ministries for his “instrumental” support of Just Noise, a local film production based on the June 1919 riots.

Malta Philharmonic Orchestra chairman Sigmund Mifsud said in a November 2018 interview with Times of Malta that Ishkhanov’s foundation is one of the orchestra’s main partners.

“We have been collaborating together in different projects for the past three years and we have a very good working relationship. They are the main tour producers and organisers”, Mr Mifsud said.

Contacted by Times of Malta, a spokesman for the orchestra did not reply directly when asked if he was aware of any links Ishkhanov or the foundation may have with the Russian government.

The spokesman denied the orchestra was reliant on Ishkhanov’s foundation, saying it had only benefitted from less than €10,000 in direct funding from it.

No breakdown of how much the foundation had shelled out to organise the myriad of events the orchestra has participated in across the globe was forthcoming.

The spokesman said the Malta Philharmonic Orchestra understands the foundation’s president also holds an account in a leading Maltese bank and local financial institutions which have their own stringent due diligence procedures.

“No negative feedback regarding the foundation has ever reached the MPO,” the spokesman said.

On the same day Times of Malta sent its questions to the MPO, the Culture Ministry sent out an advisory to all entities falling under its control, telling them to carry out a due diligence report on all funding sought or promised from third parties.

The foundation refused to answer specific questions about the sources of its funding as well as some of its expense claims put to it by Times of Malta.

In an unsigned letter from the foundation’s Westin Dragonara address, an unknown representative said there was no legal basis for the request for such information.

“In view that the local normative references under which Times of Malta has submitted such a request are not sufficient to enabling the European Foundation for Support of Culture to supply such information, your attention is being drawn to the General Data Protection Regulation.

“Kindly note further that the information requested may constitute sensitive data, thus requiring the consent of third party/data subjects. Therefore, the disclosure of any data to unauthorised legal persons would constitute a breach of Data Protection Law,” the foundation said.

Questions about possible links the foundation or Ishkhanov may have with the Russian government were not addressed. 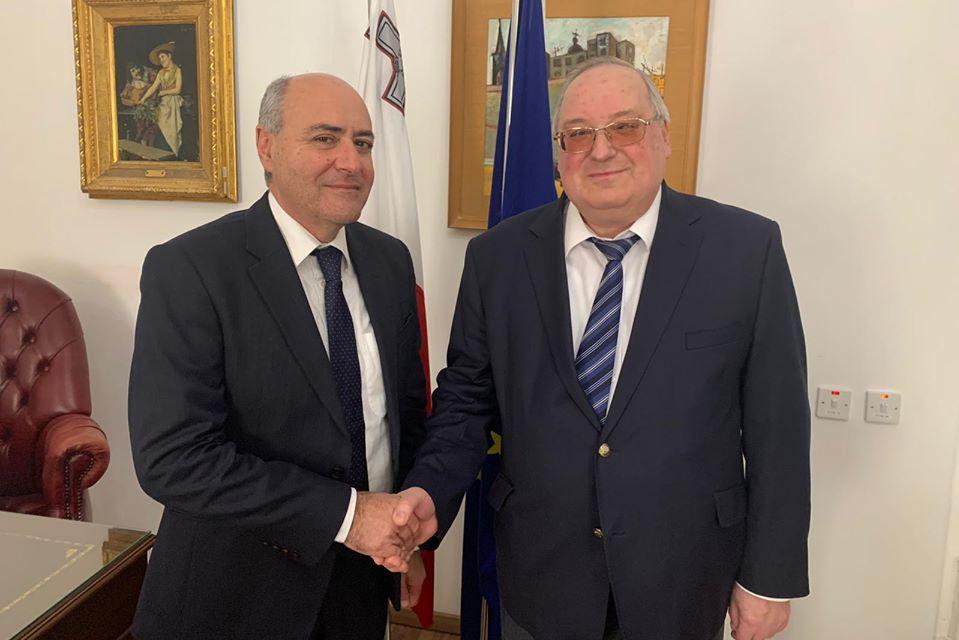 Culture Minister Jose Herrera, when questioned on the case in parliament on Monday afternoon, said an investigation is underway.

He said the Russian embassy was denying any links to an intelligence agency.

He, however, had issued instructions for a due diligence exercise of all financial transactions by the foundation involving the MPO.