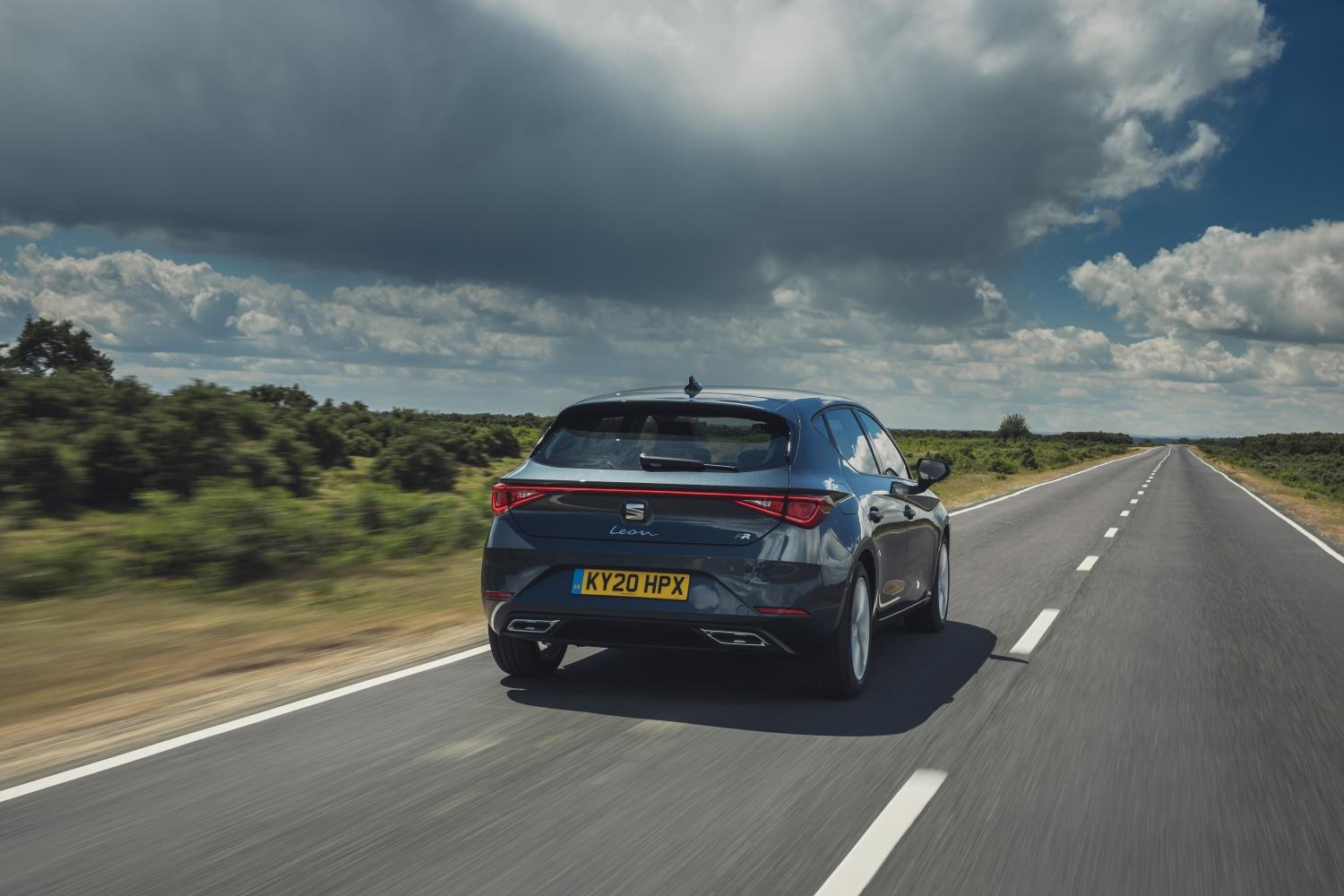 If you’re looking for a sensible family car, two models have long stood out – the Ford Focus and the Volkswagen Golf. However, the Seat Leon has long been an appealing alternative, sharing much of its underpinnings with the Golf but with more interesting styling and a more playful driving experience.

That’s still true of the latest model, which is a similar size to its German cousin but with sharper looks and the same excellent build quality – yet like for like it costs less. It all seems a bit too good to be true, so let’s delve a little deeper. 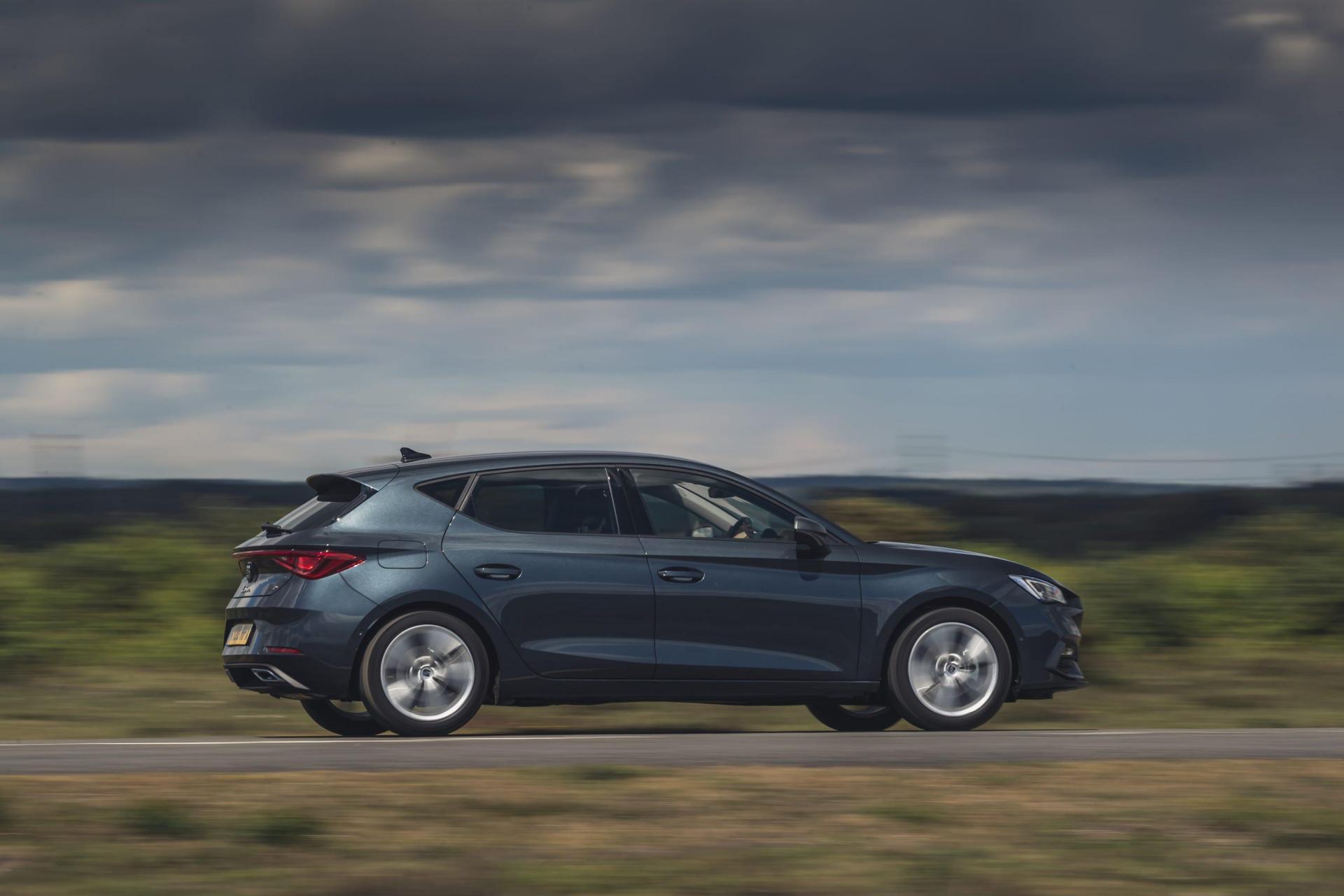 Seat has given the Leon a pretty comprehensive makeover for the fourth generation, as part of a 1.1 billion euro investment in its model range. It gets that smart new exterior look, updated interior design and technology, and the latest generation of Volkswagen Group engines – with a plug-in hybrid on the way.

Being based on the latest MQB Evo platform has allowed Seat to add more connected services, advanced driving assistance systems and more safety technology while also being bigger and more practical than before. 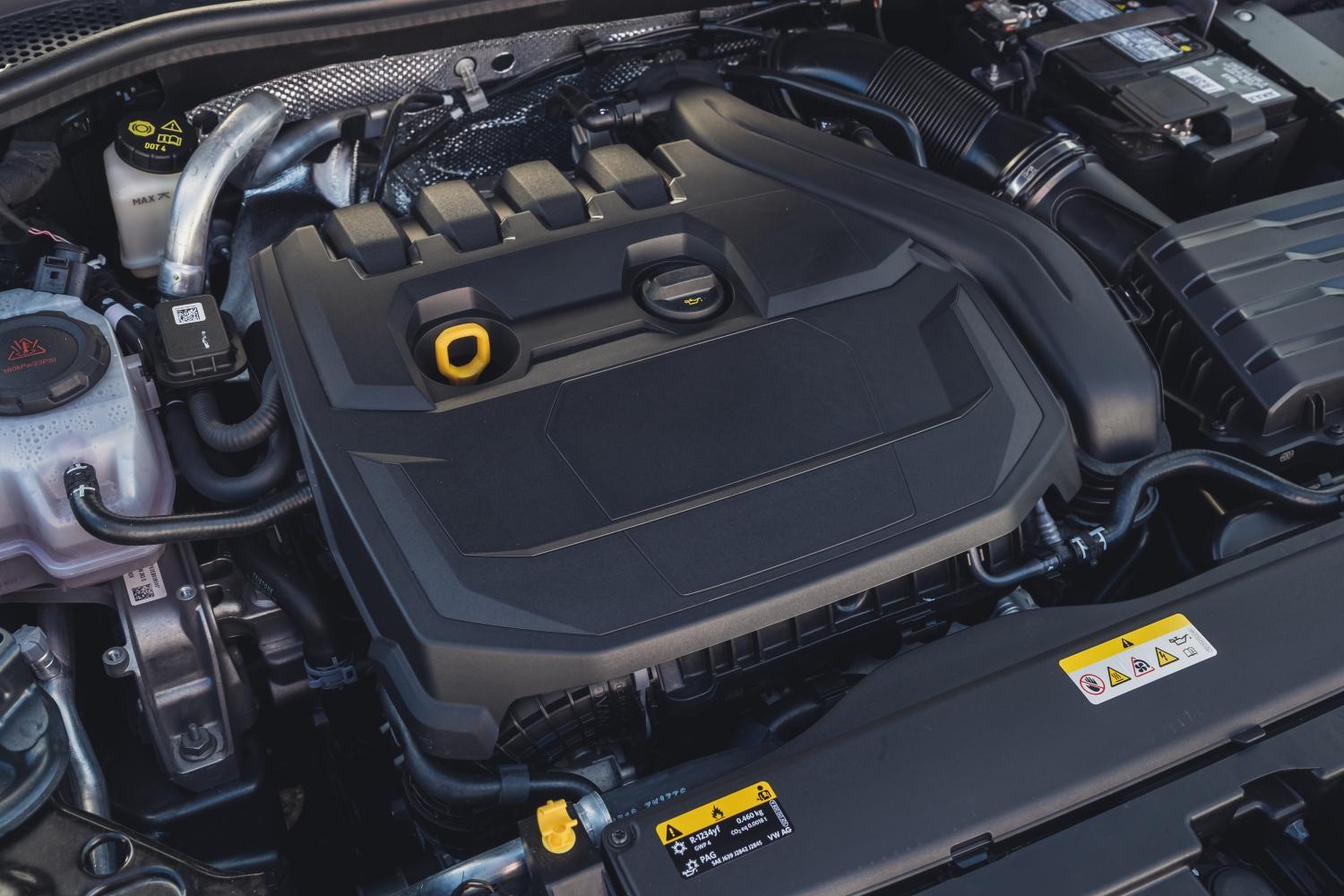 There are currently three petrol engines and one diesel available, with the trim level dictating which are available. Opt for the standard SE Dynamic trim, and the petrols are a 109bhp 1.0-litre and 128bhp 1.5-litre, while the diesel is a 113bhp 2.0-litre unit, each with a six-speed manual gearbox.

However, upgrade to the sporty-looking FR trim and you have the choice of the two petrols, as well as a 1.5-litre unit making 148bhp, which is available with both the manual or a seven-speed automatic.

For everyday driving the 128bhp unit is more than enough, but if you’re looking for something with a bit more pizazz for family duties, an FR model with 148bhp could be your best bet. 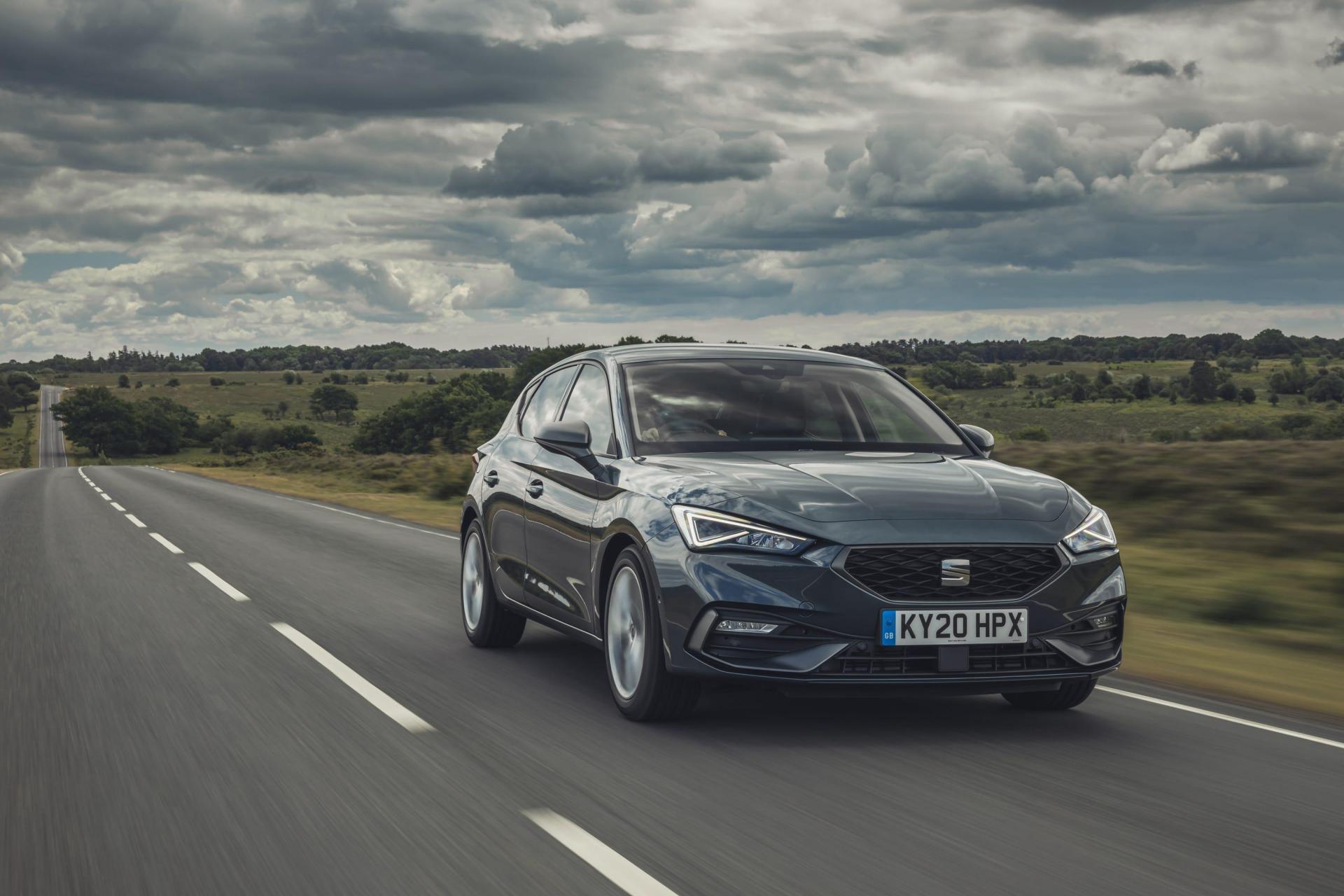 We got behind the wheel of the FR trim, which has traditionally been the sportier of Seat’s specifications. However, the latest generation does appear to have lost some of that light-footed sparkle that was evident in its predecessor – it’s closer to a Golf in mannerisms than ever before.

However, that’s not necessarily a criticism, because it’s immediately obvious that this is one of the most pleasant, fuss-free driving experiences in the segment. The ride is comfortable despite the FR’s slightly stiffer suspension, and the steering light enough that city driving is a breeze while still being stable at motorway speeds. A great all-rounder, then. 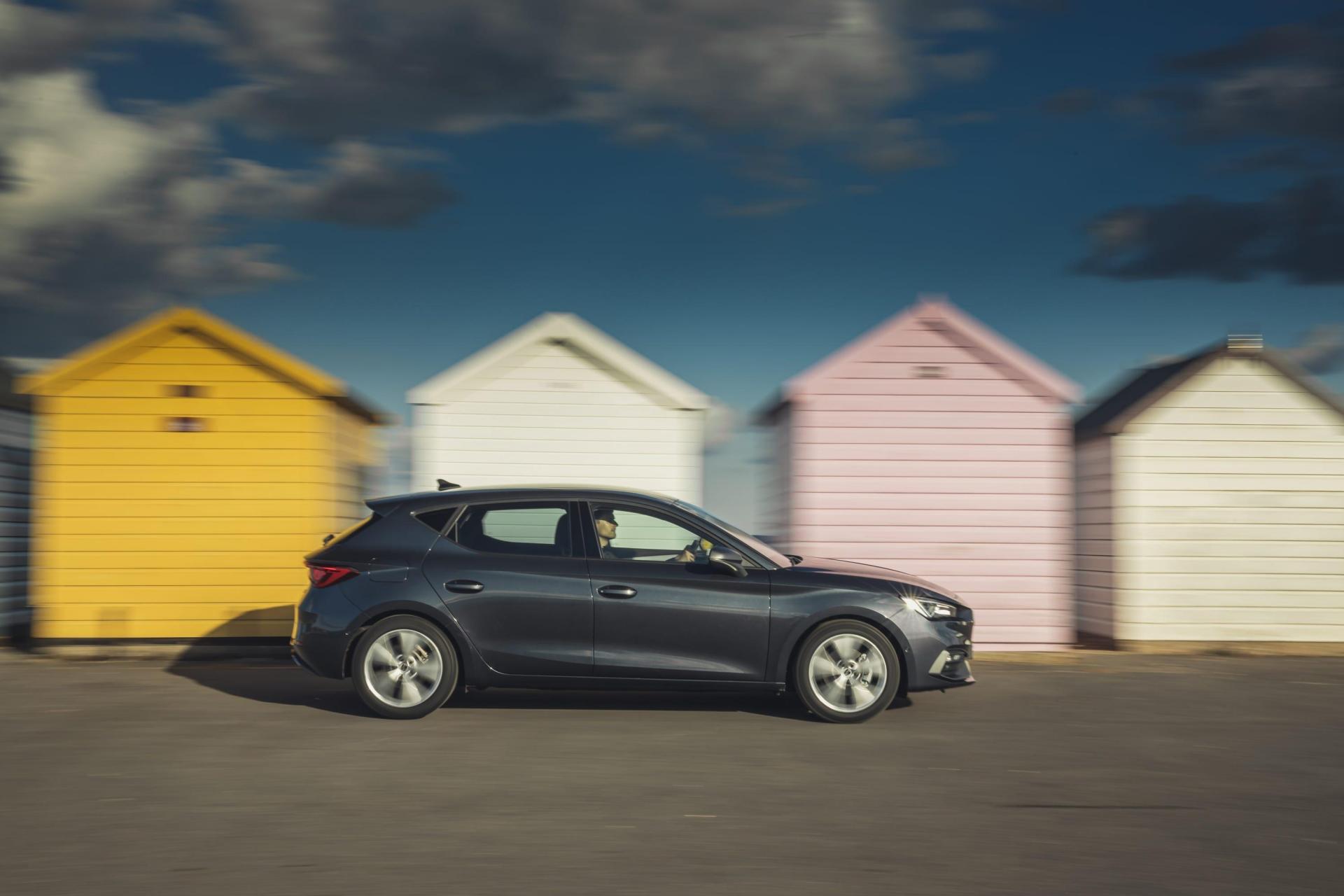 Although we were testing an FR model – meaning it had sporty-looking bumpers and smart 17-inch alloy wheels – the dull grey paint made it more subdued than we would have liked. You don’t need to go mad, but a bolder colour such as the metallic red (a no cost extra) would be preferable.

A particular highlight of the new Leon is the full-width rear light, which gives off a futuristic look when driving at night while adding a splash of colour to the rear during the day. Seat’s penchant for sharp creases in its cars’ styling continues to serve it well, taking a similar silhouette to the Golf but injecting a little more character. 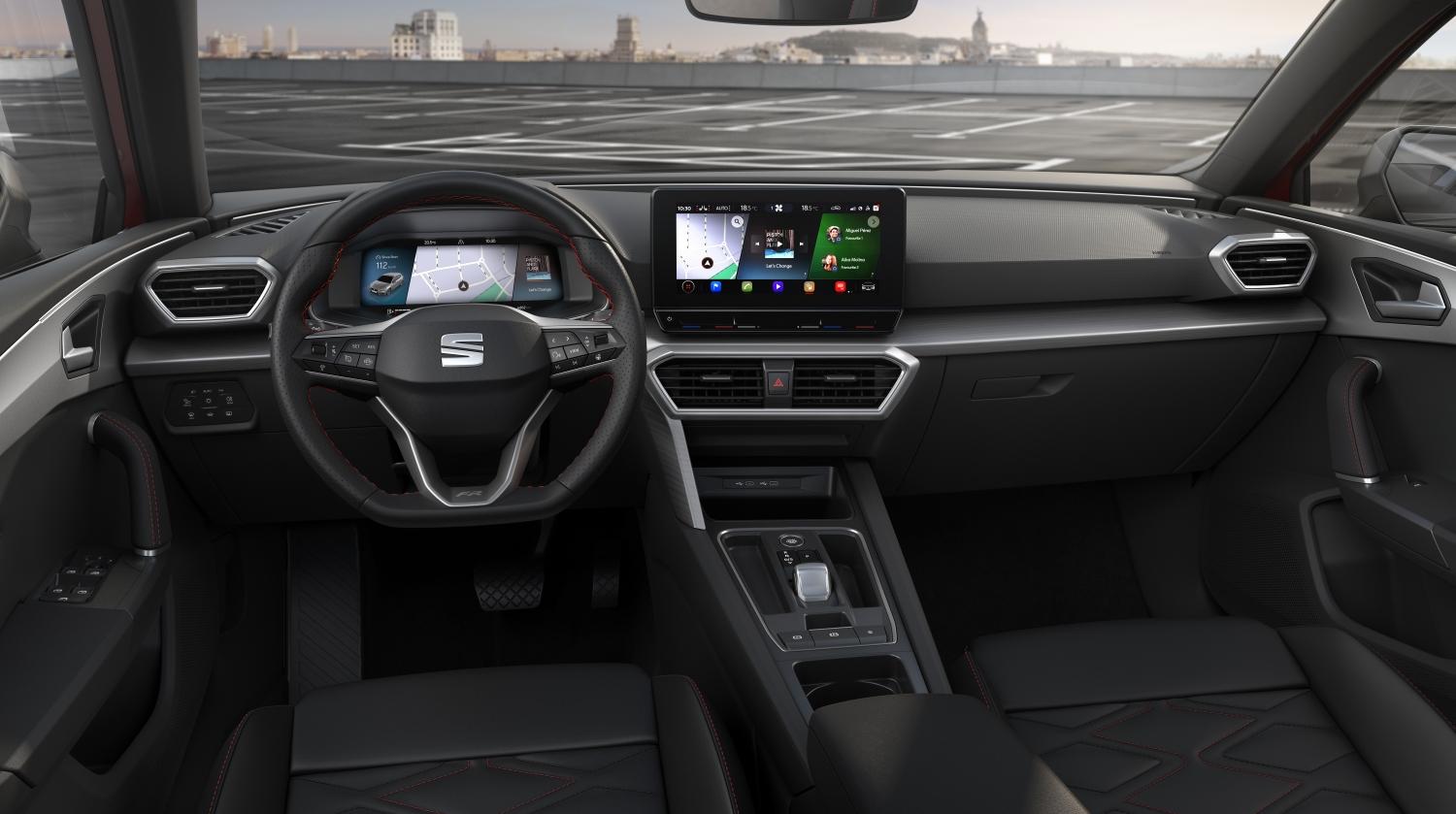 Sorry to keep going on about the Golf, but with the new one recently released and the Leon sharing so much with it, it’s tough to not make comparisons. Again, inside, the Leon borrows heavily from the new Volkswagen, having the same minimalist interior.

The dashboard has a large central screen for the infotainment and a digital instrument binnacle ahead of the driver, with minimal physical buttons. It looks fantastic, with Seat doing a great job of elevating the premium feel of the cabin while keeping it cool and modern with lots of sharp angles in the design.

However, the downside is that navigating menus while on the move to change simple settings like the climate controls becomes annoying quickly. The sooner manufacturers move away from fitting everything behind a screen the better. 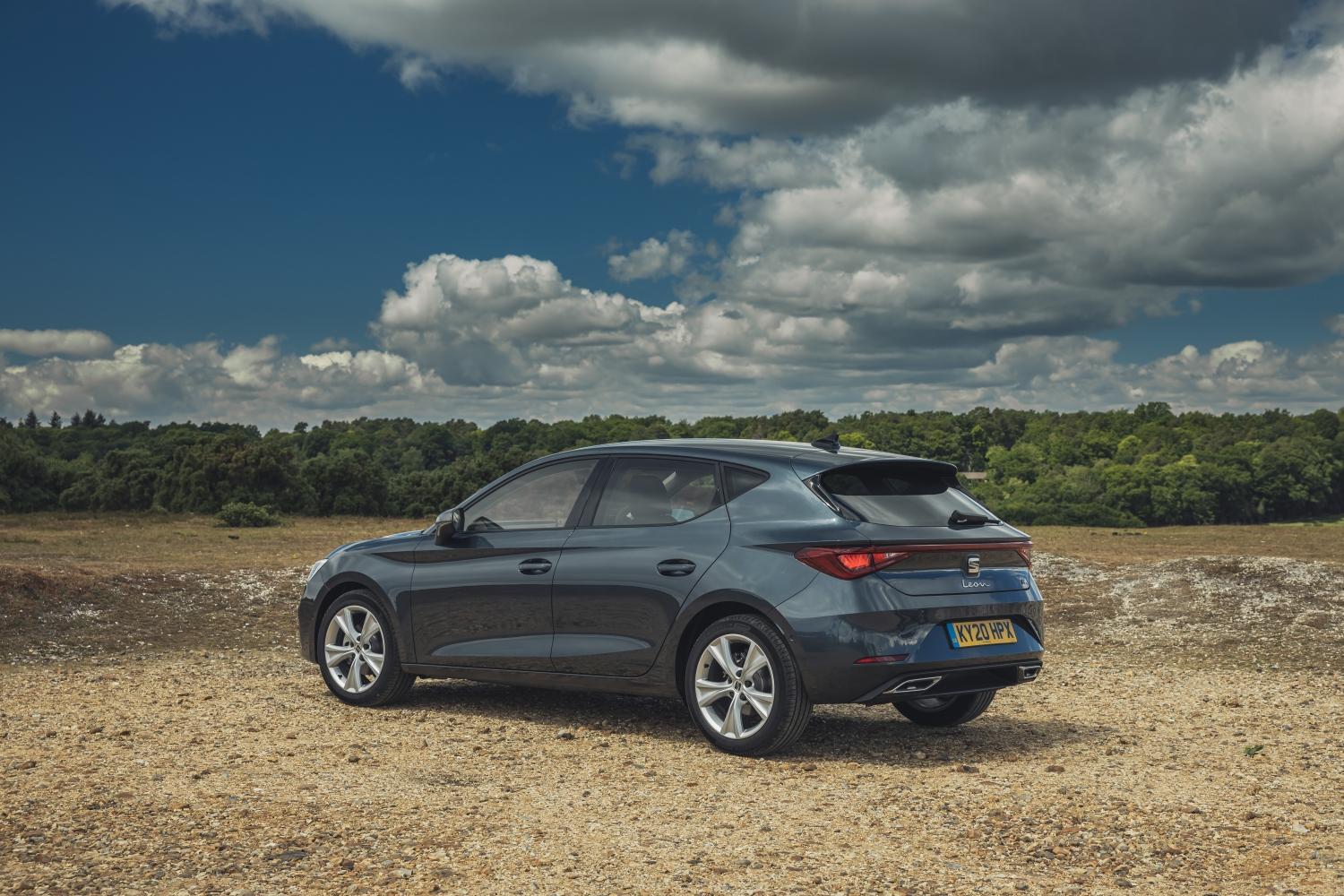 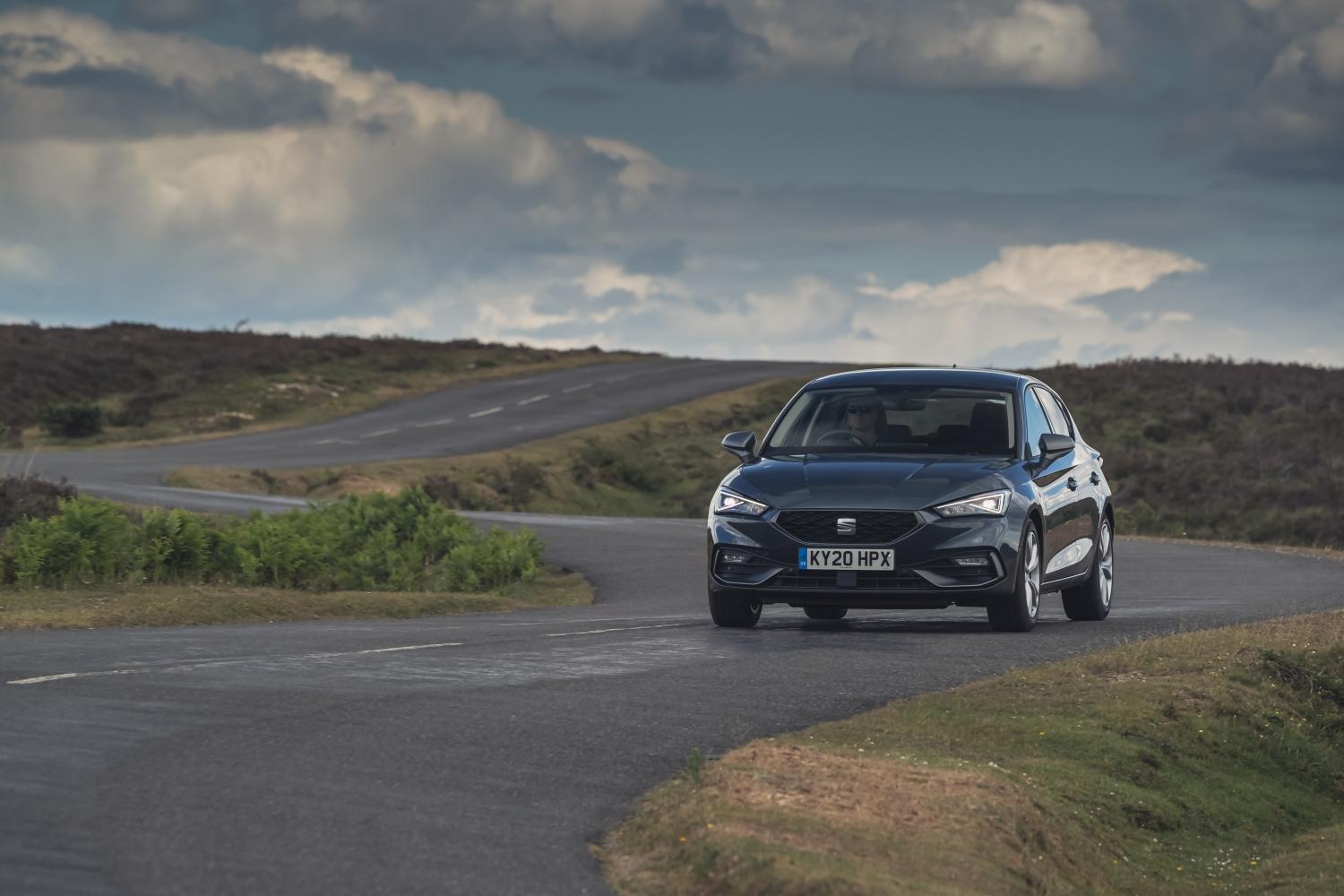 There’s no two ways about it – the new Seat Leon is a brilliant car. It looks great, it’s practical, it’s quiet and comfortable to drive and comes packed full of kit. The down side? The Golf does all of those things, and the extra cash won’t be too offensive when divided across the monthly payments of a finance deal.

The thing is, its greatest negative is the existence of the Golf, but it’s also a positive. It has all the great things the VW does but without forcing you to accept the dull, predictable choice – and if you can get dependability and character in one hit, why wouldn’t you?