It has been 20 years since Siamese twins Gracie and Rosie Attard were born, generating huge controversy over whether it was right to separate them and let one die. Claudia Calleja spoke to one of the surgeons involved.

Twenty years after the Gozitan Siamese twins were born, a Maltese surgeon involved in their controversial surgical separation has no doubt in his mind that the medical team did the right thing ethically and morally.

Over these years, Manchester-based pediatric surgeon Adrian Bianchi has maintained a “pleasant relationship” with surviving twin Gracie Attard who has just turned 20. 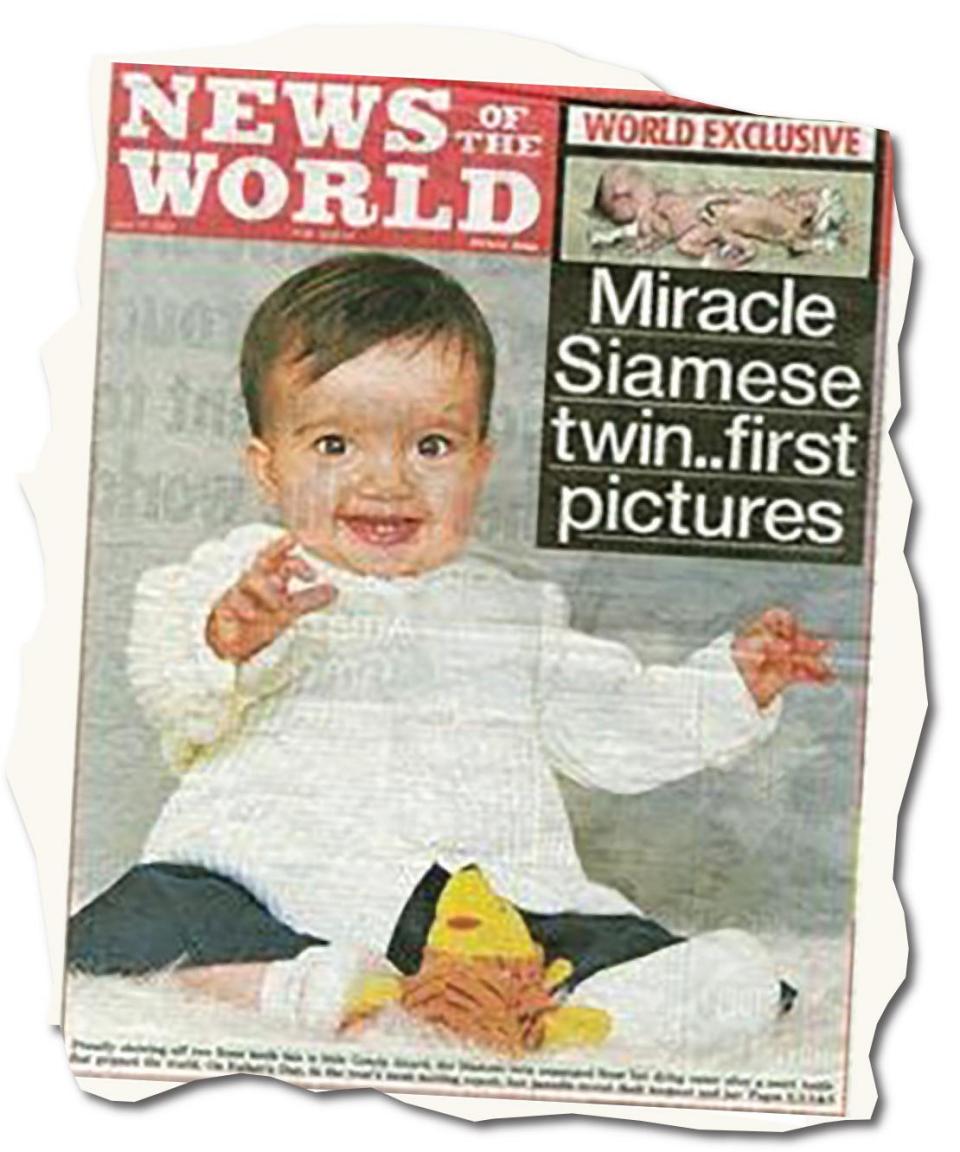 Screenshots of the coverage of the case in newspapers at the time.

“It has been gratifying to watch her develop into a stable, intelligent, independent yet family-oriented young lady who is intent on establishing a professional career, Bianchi told Times of Malta.

“This has been a sobering experience that has left its mark, confirming the correctness of the decision to offer the opportunity for life to the surviving twin, yet never forgetting the sad and unfortunate loss of a child who ‘lives on’ in our thoughts and prayers.”

Speaking from his home in Manchester, Bianchi looked back on the case that created a moral, ethical and religious debate on a global scale.

It centred around the surgical separation of the twins with the knowledge that one would most likely not survive.

Gracie and Rosie were born to Rina and Michelangelo Attard, of Xagħra, at St Mary’s Hospital, Manchester, on August 8, 2000. Gracie had normal vital organs while Rosie was entirely dependent on Gracie’s heart through the circulation of blood across a large vascular link.

The parents’ deepest parental feelings, moulded by strong cultural and religious beliefs, did not allow them to choose between their girls. They chose to submit to God’s will, to the extent of accepting the loss of both.

However, regardless of the issue of parental consent, it was the medical team who resorted to the court.

On August 25, 2000, London’s High Court ruled in favour of separation despite the predictable death of Rosie. But the parents, still unable to reconcile themselves with the decision, sought redress in the Court of Appeal.

On September 22, 2000, the Court of Appeal, after many a “sleepless night”, ruled that Rosie was living off time borrowed from her sister. This was putting a strain on Gracie’s heart. All three judges concluded that the operation could be lawfully carried out.

This has been a sobering experience that has left its mark, confirming the correctness of the decision to offer the opportunity for life to the surviving twin 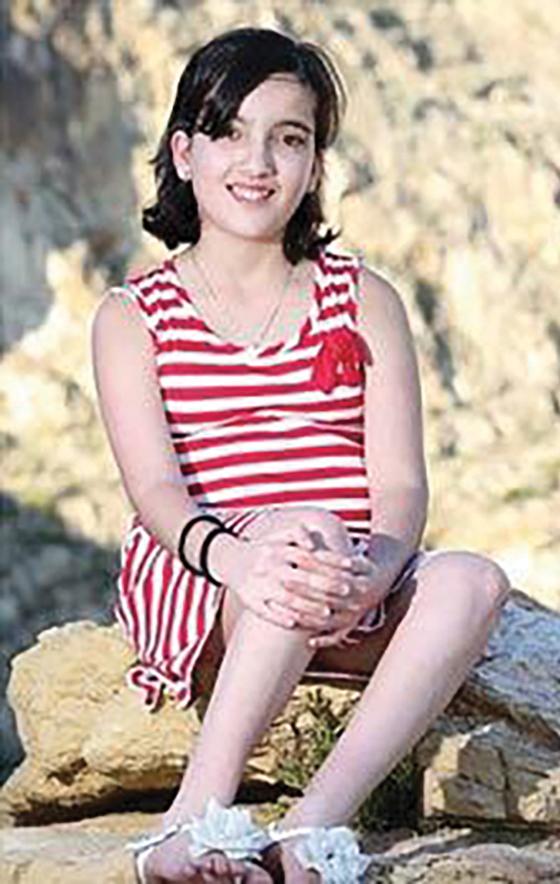 The parents accepted this decision and on November 6, 2000, a 20-strong team started the 15-hour operation to separate Gracie and Rosie.

Bianchi, who was the lead pediatric surgeon performing the twins’ surgical separation, spent another six hours reconstructing Gracie’s pelvic organs and relocating her hips and legs that had been at right angles to her body.

Gracie did well but Rosie died on November 7 at 12.10am. She was eventually buried in her hometown Xagħra.

The moment of no return

Reflecting on this journey, Bianchi recalled how apart from facing the difficult management of a conjoined pregnancy and the complex surgery required for twin separation, the team at the maternity and neonatal surgical units also faced critical legal and moral issues.

“Extensive legal discussion, much public scrutiny, conflicting ‘advice’ from religious and other authorities, and much personal soul-searching from all carers led to the eventual decision, with parental understanding and consent, for the separation of the twins based on the British High Court requirement that the intention in separation was to provide all opportunity for survival to both twins, that would be determined by each twin’s innate ability so to do,” said Bianchi who is now in his early 70s. 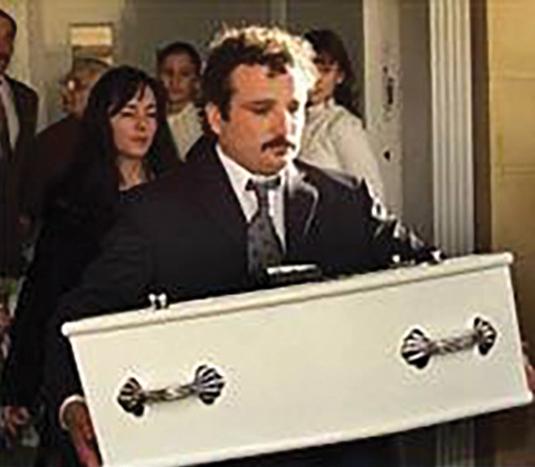 “The surgical team, led by two specialist paediatric surgeons, two neurosurgeons, and four anaesthetists came to operation with anxiety and trepidation, conscious of public scrutiny and the ‘critical’ gaze of dissenting colleagues, but with conviction and expertise gained from many previous experiences,” he says.

“Despite intense personal moral preparation and prayer, this was a most difficult and memorable moment that lives on with us.

“All then relaxed and concentrated on offering the best attention to both children and maximal support for the apprehensive parents, confident in the knowledge that the correct course had been followed,” he says.

Happy to be alive

The publication of the names of the twins was initially banned by the courts. They became known by the fictitious names Jodie and Mary. The ban was lifted on the request of the parents in December 2000 and, some time after, the first photos of the surviving twin were published.

The Attards decided to sell their story exclusively to the British media – it is thought to be the biggest cross-media deal brokered by PR consultant Max Clifford. The family said money would go towards a trust fund to pay for their surviving daughter’s continuing medical care.

Over the last 20 years the family have turned down requests to speak to Maltese media. When contacted for this story, they preferred not to comment.

However, six years ago the world got a peek into the life of Gracie when in 2014 The Daily Mail reported the first ever interview with her.

Then 14, she said she got to know about her and her twin sister’s story over time but her parents regularly took her to the cemetery where Rosie was buried.

Gradually she was old enough to read the newspaper stories archived on the internet. “I read the stories and it felt as if I was reading a book about someone else. I didn’t exactly feel detached, but I wasn’t really involved either,” she told The Daily Mail during the interview where she was flanked by her younger sister, named Rosie in memory of her twin.

“I don’t feel guilty that I lived and she died because what happened wasn’t my decision. I haven’t cried, but there is sadness. Sometimes I want her to be with me. We were the same age. We’d probably think like each other,” she had said.

Asked what she would like to do in future, she replied: “I’d like to be a doctor, perhaps a children’s doctor, because I want to help people. Maybe it’s because doctors saved my life, but I think I’d want to anyway.”