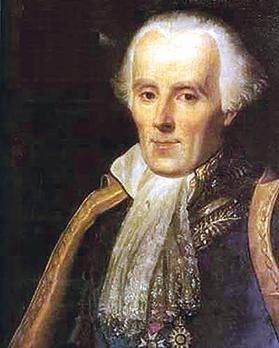 The theory of probability had its origins in games of chance and gambling. Probability originated from a gambler’s dispute in 1654 concerning the division of a stake between two players whose game was interrupted before its close. The problem was proposed by a well-to-do gambler, the Chevalier de Mere to prominent mathematicians including Blaise Pascal who shared his thoughts with Pierre de Fermat.

The correspondence which ensued between the two mathematicians was fundamental in the development of modern concepts of probability. From a mathematical point of view, games of chance are experiments generating various types of aleatory events, the probability of which can be calculated by using the properties of probability on a finite space of events.

The work of Christiaan Huygens, in 1657, is a systematic treatise on probability and deals with games of chance and the problem of points – what today is known as expectation values. 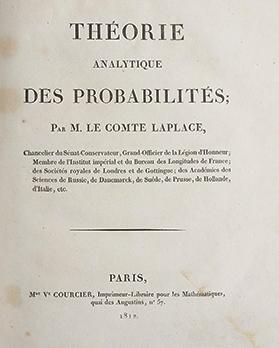 The first attempt at some mathematical rigour is credited to Pierre-Simon Laplace.

In 1812, Laplace issued his Théorie Analytique des Probabilités in which he gave the classical definition of the probability of a discrete event, which is the proportion of the number of favourable outcomes to the total finite number of all possible outcomes, given that all outcomes are equally likely.

The methods used to compute these probabilities were mainly combinatorial. Till the end of the 19th century, Laplace’s contribution remained the most influential of mathematical probability theory.

An extension of Laplace’s classical definition incorporated the probabilities of events with infinite outcomes, where the notion of equal likelihood of events was fundamental in its development.

According to this extension, the sample space could be any region with a well-defined measure (length, area, volume, etc.), where the number of points is uncountable. Many problems of geometric probability were solved using this extension.

The mathematical theory of probability as we know it today was developed by Andrey Kolmogorov.

In 1933, Kolmogorov issued his Foundations of the Theory of Probability, where he combined the notion of sample space and measure theory to axiomatise probability.

In this measure-theoretic development, random events are represented by sets and the probability of an event is just a normed measure defined on these sets. Besides becoming the undisputed axiomatic basis for modern probability theory, Kolmogorov’s work provided a logically consistent foundation for probability theory and joined it to the mainstream of modern mathematics.

• From the international scene: In 1972, Nelder and Wedderburn introduced the concept of Generalised Linear Models (GLM), which extended Regression Models to accommodate any distribution in the exponential family of distributions. A fundamental assumption of GLMs is that the responses are independent and that these models are not appropriate for longitudinal or nested data. This limitation paved way to two different methodologies adequate for dependence and correlation between the observations. In 1986, Liang and Zeger introduced the concept of Generalised Estimating Equations (GEE).  GEE models drop the assumption of independence and accommodate highly correlated data by specifying a structure for the working correlation matrix. One of the limitations of GEE models is that they do not accommodate data that has a nested hierarchical structure.  In 1992, Bryk and Raudenbush introduced the concept of Multilevel models, also known as hierarchical linear models. These models differ from GLM and GEE models in the fact that the equations defining the hierarchical linear models contain an error term at each hierarchy, and this makes it possible to estimate the variance at each level of nesting. Moreover, these models accommodate both fixed and random effects.

• From the local scene: The author of this page (Liberato Camilleri) applied these statistical models in several research fields including social well-being, education, insurance and mortality through the following publications:

For more science news, listen to Radio Mocha on Radju Malta 2 every Saturday at 11.05am.

For more trivia, go to www.um.edu.mt/think