Beyond the mainstream religions is a world few know of or get to experience. But, the world of modern witchcraft is a far cry from that depicted in popular culture. Here, Iggy Fenech sits down with ROSALIND DOUGALL to talk about modern-day Paganism in Malta.

Although the European continent has a long Christian tradition dating back well over a millennium, many of our current customs actually date back to ancient times.

Indeed, from the Christmas tree to the rabbits that characterise our Easter decorations, our best-loved customs hark back to the time when Paganism was still widely practised – and accepted – in Europe.

Of course, today, you’d be forgiven for thinking that in predominantly Catholic Malta, Paganism is all but extinct.

But the reality is that, through the ages, there has always been a small community of Pagans – or witches, as they are sometimes dubbed – who have continued to practise the ancient rituals.

“The one other country I can think of which has a similar Pagan tradition to ours is the US,” explains Rosalind Dougall, who has been researching Paganism for over 21 years.

“Both countries are melting pots of cultures where many peoples from different nations and with different customs have lived side-by-side for many generations.

“Paganism is not like other religions, however. There is no one holy book (such as The Bible) to follow, or an administrative headquarters (such as the Vatican). 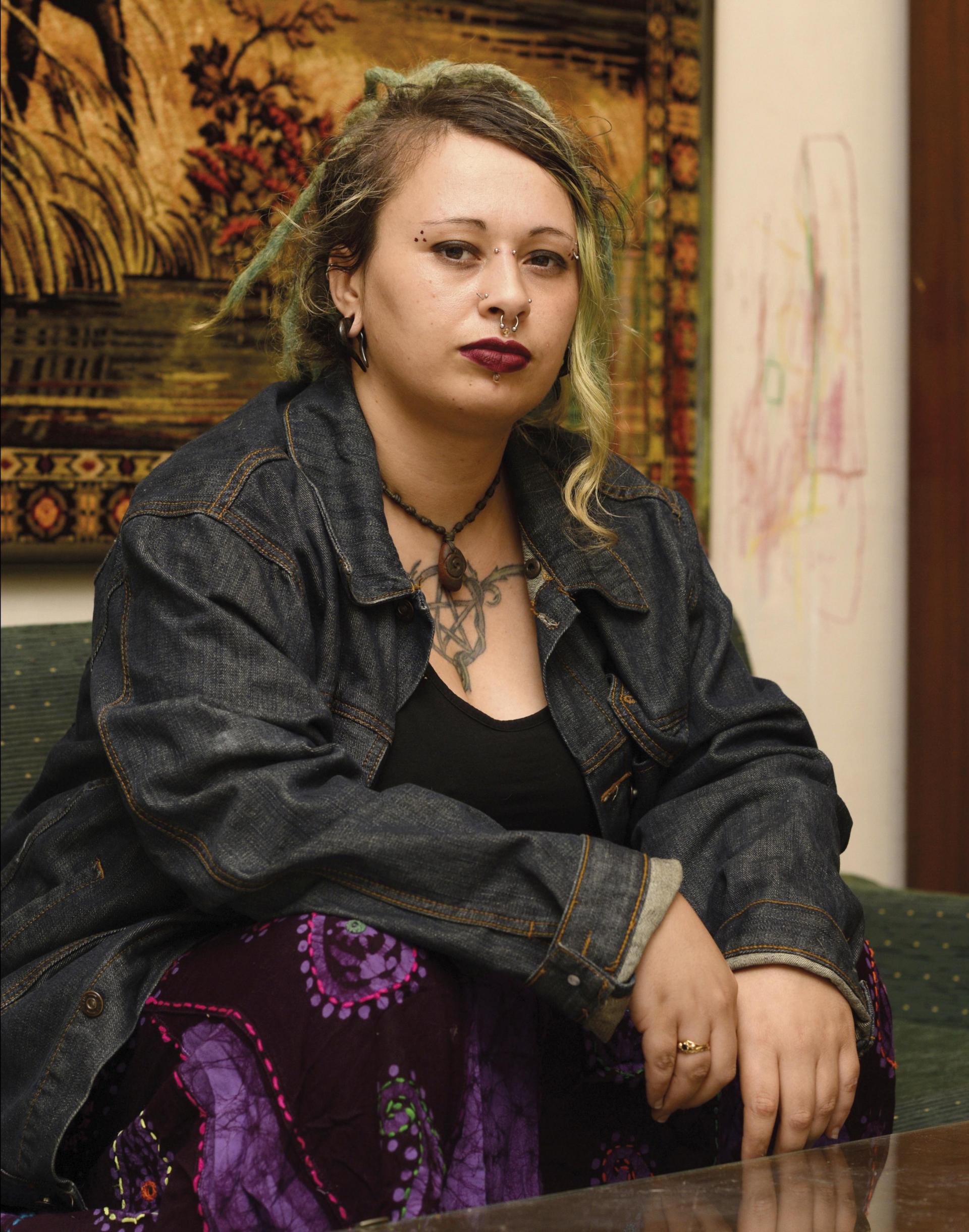 Paganism, instead, is different from country to country and region to region. They are all united by the belief in the power of nature and the five elements – earth, air, fire, water and spirit, the five points on a pentagram. However, the deities [Gods or Goddesses] can be different.”

On our islands, Rosalind tells me, one native deity would be the Venus of Malta, representations of which have been unearthed in Tarxien, Ġgantija and the Hypogeum.

Yet, there have been other deities which we have taken over and made our own, and the Eye of Osiris, found on either side of our traditional luzzu boats, is proof of that.

Rosalind, however, isn’t just someone who has read thousands of books in her pursuit of understanding Paganism, but someone who actively practises the religion in her day-to-day life. 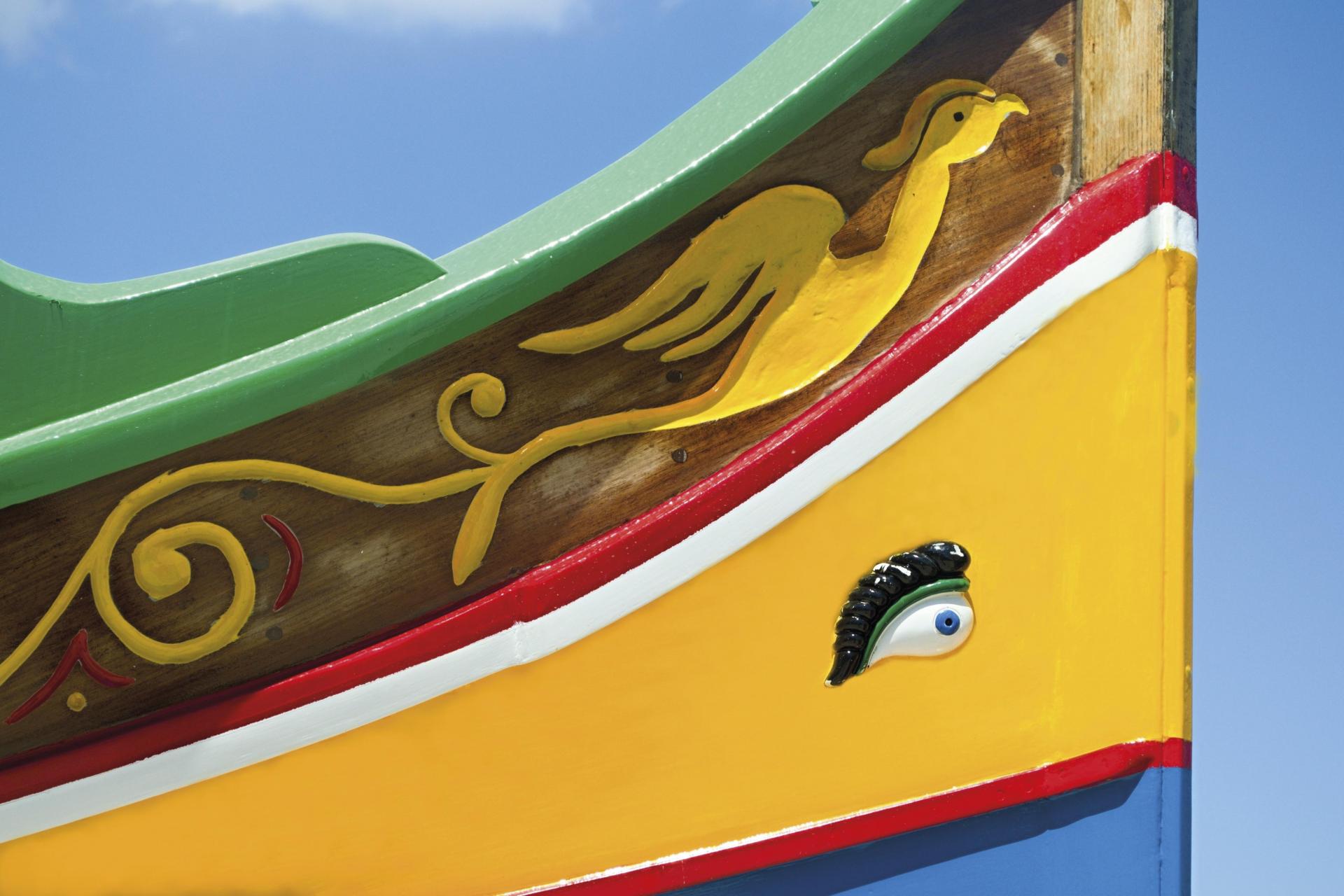 The Eye of Osiris is found on either side of traditional luzzu boats.

And, from the way she prays to the way she celebrates Christmas, her customs are based on the beliefs of a branch of Paganism called Wicca, a religion based on modern witchcraft that was founded in 1940s England by Gerald Gardner and that has become legally recognised in many countries including the US.

“Then, when I was in my early teens, I watched The Craft – a coming-of-age movie about four young witches – and my imagination ran wild. I needed to know which parts of it were true and which ones weren’t, and I would spend all-nighters looking up modern-day witchcraft online – with a 56kb-modem, that was no mean feat!”

While spells in real-life Paganism are more like prayers than the hocus pocus most of us are used to seeing in Hollywood movies such as Practical Magic and TV series like Charmed, the idea that everything in this world has some form of power and magick within it is a real belief in Paganism.

“We use magick – with a ‘k’ – to help us differentiate between the magic tricks of magicians and the power that’s found within nature. And nature is very important to us Pagans – after all, the etymology of the word takes us back to the Latin ‘Paganus’, which literally means ‘country dweller’.”

Baptised a Christian at birth, like so many other Maltese people, Rosalind chose Wicca as her religion very early on in life and, while her parents do not entirely understand or accept her choice, she has never looked back.

“Discovering Wicca was a eureka moment for me as I realised that I wasn’t alone; that there were others out there who questioned and believed the same things I did. Even so, I wouldn’t call it a conversion to Paganism, because that would imply that I had other beliefs before. And, quite frankly, I didn’t.”

To become a Wiccan, a person must go through an initiation process. This, as I have come to discover, depends on the tradition you follow and on whether you’re part of a coven (a group of witches) or are a solitary practitioner.

The initiation is conducted by casting a circle for protection – figuratively (by visualising one) or actually (by using candles, crystals, chalk or sand) – before committing yourself to a year and a day of exploring the religion by practising and learning more about it.

“I did my initiation myself in my own bedroom when I was 14-years-old,” Rosalind reminisces.

“The circle is more of a bubble to divide you from the mundane, a bit like finding your Zen during meditation. Then, all you do is cast a spell – or, if you like, say a prayer – asking the deities to help you understand whether this is the right path for you, or not, in the time you have allocated.”

Following the initiation, and given that after the one-year-and-one-day probation period you decide that Wicca is the religion for you, then you officially become a Wiccan.

Nevertheless, one does not need to join a coven, and is free to stop practicing at any point.

“Within Paganism, there is no such thing as the devil,” Rosalind tells me as I ask the question I’m sure most readers will be asking themselves. “In nature, there is no complete good or complete bad: Fire can burn you or give you light and heat. Water can hydrate you or you can drown in it. And so on and so forth…

“In many ways, actually, magick follows the principles of physics in that we believe that energy can neither be created nor destroyed. So, with that in mind, our belief is that we can tap into the energy of nature, such as the energy of trees, water or the lunar cycle, to bring about closure, help kick-start new beginnings, and to grow as individuals, among other things.”

As our interview draws to a close, I ask Rosalind about whether her six-year-old daughter is being raised in the Pagan tradition. Her answer is simple yet powerful:

“I’m a vegan, but my daughter eats meat. I’m a Wiccan, and my daughter is neither baptised nor has she been initiated. It is up to her to find the religion – if any – that best fits her views on life and the world when she’s older.”

Nevertheless, Rosalind does admit that, as a family, they follow the Pagan Calendar, particularly for the eight Sabbats (festivals celebrated by Wiccans and neo-Pagans) and the 13 Esbats (cycles of the moon) within it.

And, as it turns out, the Pagan Calendar follows that of nature down to a tee, with the Pagan New Year (which celebrates the end of the harvest season) being celebrated on Samhain (known to us as Halloween), Yule on Imbolc (December 21, or the day when light triumphs over darkness) and Lughnasadh making the beginning of a new harvest season (August 1) – among many other dates, of course.

“These special dates are more of a way to remind us to be grateful for another year and all the things that it has brought with it. As a family, however, we often celebrate these like anyone else would – with a tree, music, presents and merrymaking for Yule, and a barbecue for Lughnasadh.”

Rosalind’s beliefs may be different to the norm, but they are not unique in Malta. In fact, the Pagan belief boasts a few hundred followers across the islands.

The truth, however, is that you won’t see them flying on broomsticks, waving wands or chanting around a fire.

In fact, you may not even be able to tell them apart from those doing yoga by the sea, practising meditation, or going to mindfulness retreats – and, in a way, there’s no reason to, because in essence, all those practices are, traditionally, Pagan.

This article originally appeared in the December 2017 edition of Sunday Circle.