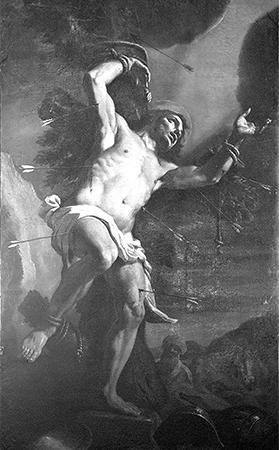 For the first eight months of 1676, Malta was ravaged by an outbreak of the plague that left 11,300 dead. That was the most devastating catastrophe that ever hit the island, which had to wait another 137 years for another similar outbreak, although in this latter case the number of victims in 1813 was a ‘mere’ 4,500 souls!

This plague and its devastating social effects had been splendidly recounted in a book in English, long out of print, in 1985, published two years after the actual death of its author, Fr Joseph Micallef. The sad loss of Fr Micallef, at the young age of 54, was indeed a cruel blow to Maltese historiography; he had already distinguished himself with books about his native Luqa and Safi and an excellent account of social life during the Second World War in Malta. The long-promised account of the social life during the siege of 1565 was unfortunately buried with Fr Micallef, whose friendship and memories I still greatly treasure.

The present book is an excellent translation by another respected historian, Joseph F. Grima, which serves to bring Fr Micallef’s important, meticulously researched work to a new readership, especially those who prefer the vernacular and those who were not able to obtain a copy of the original publication. My only cavil is the idiosyncratic approach in the references to printed works in the footnotes. 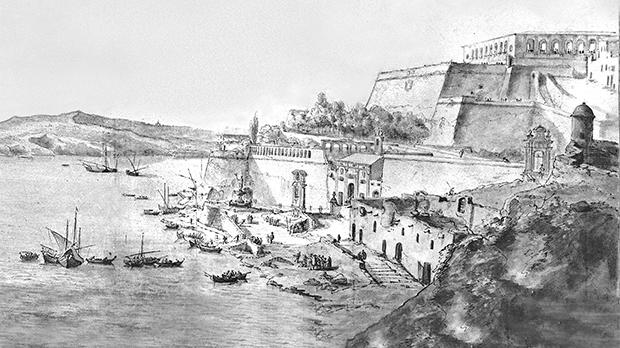 A drawing of Grand Harbour showing Barriera Wharf and Upper Barrakka, Valletta, which features on the book’s front cover.

Fr Micallef’s narrative is an easy one to follow with a strong emphasis of the various anecdotes, incidents, and developments that occurred during the outbreak, which saw its fair share of heroic characters as well as despicable selfish deeds.

The outbreak began in the Valletta house of Matteo Bonnici, a successful trader and importer of cloth. On Christmas Eve 1675, his 11-year-old daughter Anna started showing symptoms that alarmed the family doctor. She died four days later. When most of her family and a neighbouring one as well, succumbed to this mystery illness, it became evident that some terrible disease had reached our shores. The purveyor of this devastating outbreak was most probably an English squadron that had previously visited Tripoli.

An excellent translation by a respected historian

The Order soon set its famed medical organiSational skills to work, but the plague soon got out of control. The effect was enormous; a few who could afford to, left the island, while others sought refuge in the country, with some even choosing to live and sleep in the open. Others locked themselves inside their houses or chose places in the countryside or by the sea. 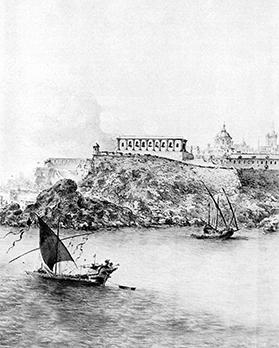 A drawing of Grand Harbour by Willem Schellinks showing the Lower Barrakka/Sacra Infermeria area of Valletta.

The four-man commission of public health issued stringent laws, even though there were serious disagreements among the doctors as to the nature of the illness and the various treatments that could be given. Strict measures were enforced to limit contact between the villages, and especially with Gozo and abroad.

Eventually foreign doctors were brought over to help in a situation which was rapidly running out of control. These medical practitioners confirmed that the disease was the plague, and even more stringent rules were enacted, including much stricter quarantine laws and sectioning off of particular areas.

Only one person per household was allowed to go out in the streets, and women could not walk outside with their head covered, even with the traditional black manto.

The plague brought out heroic beha­viour, especially among the clergy and the medical and the nursing professions, not a few of whom paid for their devotion to duty with their lives. Some others made hay while the sun shone and demanded no little recompense in money or goods. Yet others succumbed to cowardly or egoistic deeds, sometimes looting the houses of the victims and imperilling their own lives.

Almost all turned to the divine for protection in those months of desperation, with many pledging gifts of money, the erection of niches and churches, and pilgrimages, if they were to be delivered from the illness. Many of these mementoes still survive around us and Micallef’s book will open the eyes of many to this aspect of our heritage. 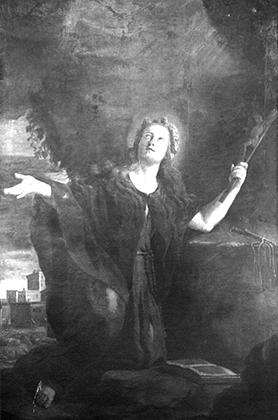 Perhaps the most notable relic of the plague is the elegant Sarria rotunda church, the only church that Mattia Preti ever actually designed. Preti himself was then a long-term resident of the island and he is reputed to have sought a safe haven in Żurrieq.

An entire chapter is dedicated to the effects of the plague in Mdina and Rabat, where the first case was reported on March 11, and the efforts of the Universitas to control its spread. Rabat, where there were 88 deaths, had the best organisation in the island.

Gozo was not infected at all, as were Mdina and Safi. The cities were, of course, the worst to suffer, with over 41 per cent of the fatalities, with the poor and the indigent being particularly badly hit. Overall, over 22 per cent of the population of the island succumbed to this terrible disease, which was the universal fear in medieval and early modern times.

Only 10 knights died of the plague, but they included Giovanni Bighi, the nephew of Pope Alexander VII. The Order interpreted as a divine sign the fact that the plague started to abate on June 24, the feast of its protector, St John the Baptist, but the prattica universale was only granted exactly three months later. The news was received with the joyous pealing of bells and cannon- and musket-firing.