A year ago this week marked the start of dramatic developments and unprecedent protests brought about by the Daphne Caruana Galizia murder probe. Matthew Xuereb reports.

Civil society had been almost entirely absent from the Maltese political arena when the murder of journalist Daphne Caruana Galizia in 2017 sparked regular protests.

But nothing could have prepared the country for November 2019, when media revelations of the links of politics and business to the murder ended up bringing down Joseph Muscat’s seemingly untouchable empire.

Muscat’s impressive economic legacy and record employment figures provided the slogan for his 2017 election campaign that the best was yet to come. But little did he envisage the way Caruana Galizia’s murder and the subsequent probe would destroy his legacy in two turbulent years.

From Labour’s golden boy, Muscat went on to be named as the 2019 ‘Person of the Year’ for organised crime and corruption by a consortium of investigative journalists.

It was this week a year ago that Malta was jolted by a series of shocking revelations and developments that linked Caruana Galizia’s murder to individuals in government.

The arrest of businessman Yorgen Fenech on November 20, 2019, in connection with the journalist’s murder, sparked a sequence of events that saw thousands of people taking to the streets. 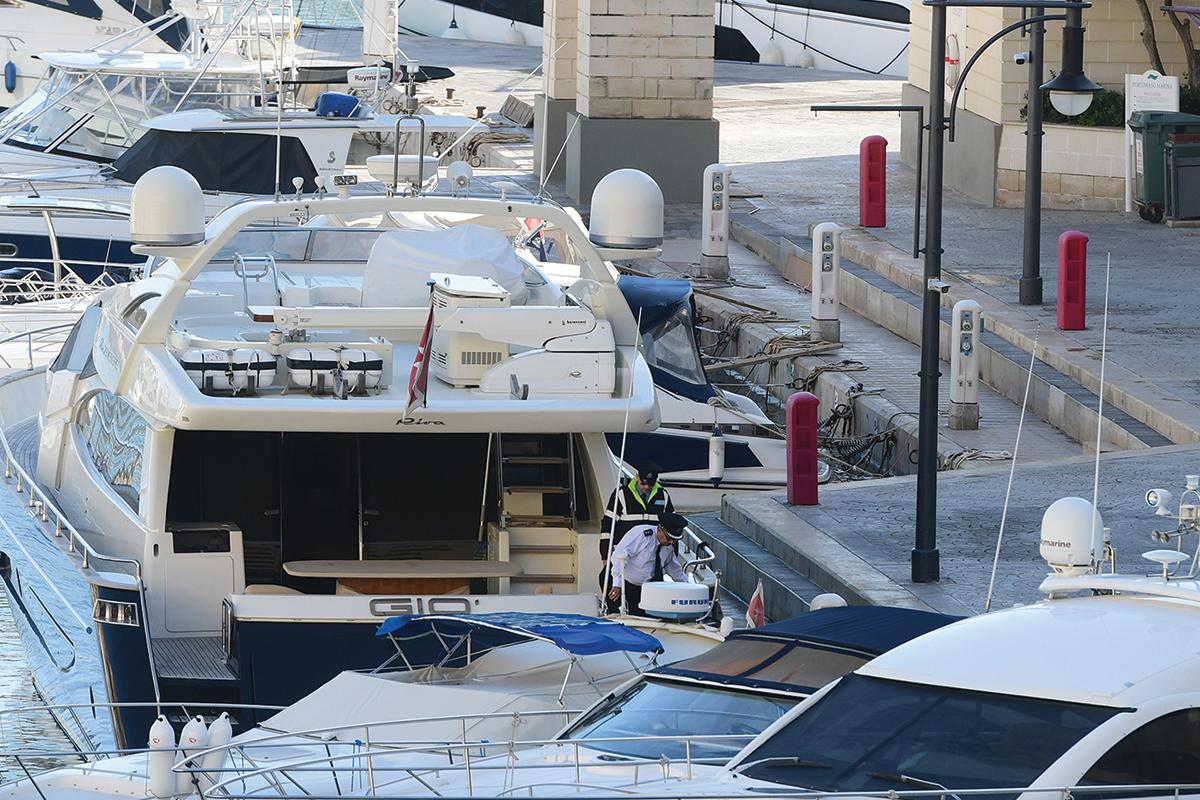 That day began with Fenech’s dramatic arrest on board his luxury yacht and ended with the first of a series of protests calling for resignations at the heart of government.

The tycoon had been arrested before dawn when his yacht was intercepted at sea by the Armed Forces of Malta. It took place a day after the middleman in the October 2017 murder, Melvin Theuma, was offered a presidential pardon to tell all about the crime.

The developments were the culmination of two years of investigations, which critics felt were deliberately slowed down by political influence.

The protest came on the back of Times of Malta’s revelations that Fenech was the owner of the secret company 17 Black, which was identified in leaked e-mails as being one of two sources of income for companies set up on behalf of Mizzi and Schembri.

Six days after Fenech’s arrest, Schembri, a close friend of the murder suspect, resigned from office. It later emerged that Fenech had implicated him in the murder.

Within hours, Mizzi also decided to step down while then Economy Minister Chris Cardona suspended himself until he cleared his name because he too was being implicated in the murder plot. All denied any involvement. 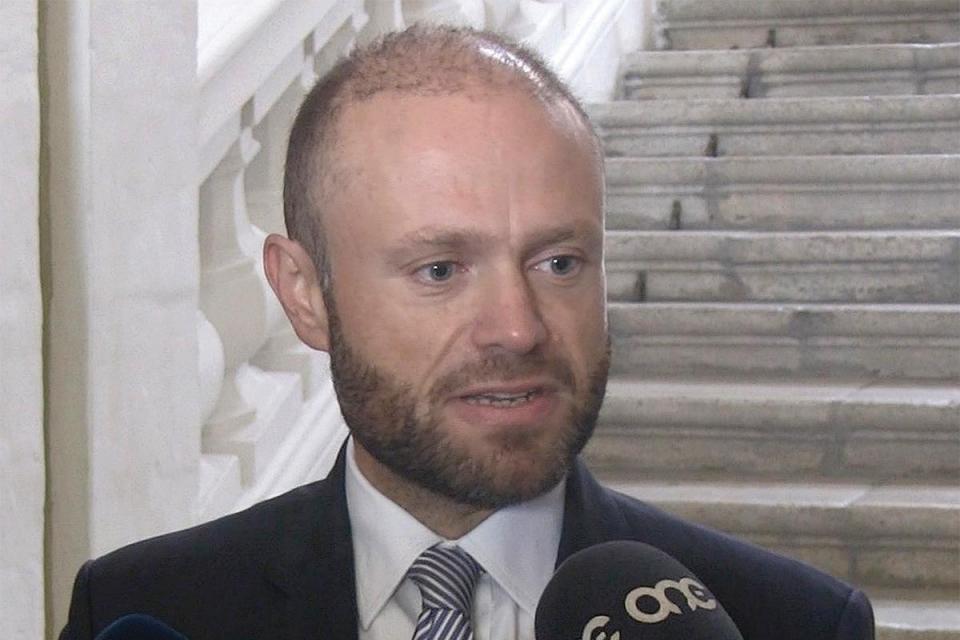 As street protests raged on, pressure mounted on Muscat to take the cue and resign. This arrived on December 1 when, in a televised speech, Muscat announced that he would be stepping down by mid-January.

According to Daphne Caruana Galizia’s sister, Corinne Vella, those two weeks of protests had sown the seeds of change, showed the power of civil society and started a process towards offering more protection for journalists.

“Those two weeks showed the power and significance of civil society. Disparate individuals and groups acted together for the common good, forcing long-overdue resignations and the beginning of some sort of accountability,” she told Times of Malta.

It was a time of both validation and vindication for all we had been saying, but it was also a war on many fronts

“But, as a country, we still have a long way to go. We know that what Daphne reported was true. But we have yet to see full accountability: both full justice for Daphne’s murder and any sort of justice for her stories.

The protection of journalists, Vella said, was “poor to non-existent” and journalism itself was under greater pressure.

The protests, she said, had started a process of change. “Are there green shoots of change? Yes, but they cannot grow in darkness. They need the light of journalism and that won’t happen if free and independent journalism isn’t properly protected.”

Civil society group #Occupyjustice was one of the main organisers of the two weeks of protests which were only called off because of the festive season.

Pondering on the protests, a spokesperson for #Occupy Justice said the protests were “a pivotal point in the fight for justice”.

“It was a time of both validation and vindication for all we had been saying, but it was also a war on many fronts. There were the criminals in power we were holding to account, and then there was the majority of the public – those that dismissed us as ‘bored housewives’ motivated by bitterness, and those who actually agreed with us, but believed the criminals who captured Castille were invincible, and that resistance was futile. Why fight if you can’t win, right?

“Nobody can now take away the fact that, when the people of Malta took to the streets with one voice and without the protection of political patronage, we brought down a government, despite the fact it held a significant popular majority. That is enormously empowering and came at a very crucial time.

“The world over, the rise in authoritarianism, even as we barrel towards the climate crisis, will prove to be a deadly combination. It should be obvious to all, by now, that no one is coming to save us, least of all our elected leaders, emasculated as they are by the grip of big business. The system is profoundly broken, and whether we have the will to fix it and save ourselves in the process remains to be seen.”

She said mass protests showed that results could be achieved if people worked together. “Change is not only possible, it’s inevitable. If we have any hope of a future, obtaining the whole truth and full justice for Daphne and her stories is the first defining step. And so, we will fight on.”

The protests generated international exposure, putting Malta at the centre of a macabre story of murder, corruption and attempted cover-ups.

November 20, 2019
Business tycoon Yorgen Fenech is arrested in connection with the murder of journalist Daphne Caruana Galizia. Thousands take to the streets of Valletta demanding resignations and accountability by the ‘clique’ in Castille.

November 23, 2019
While being interrogated at the police depot, Fenech is hospitalised over chest pains. In the meantime, talks were under way with his lawyers over the possibility of a presidential pardon for him too to turn State witness and tell all about the murder and the people behind it.

November 26, 2019
Keith Schembri and Konrad Mizzi resign and Chris Cardona suspends himself. It emerges that Fenech called Schembri before leaving the island on the yacht. Parliament descends into chaos and protesters hurl eggs at MPs as they leave under heavy security.

November 27, 2019
Fenech tells police that Schembri is the mastermind of the journalist’s murder as protesters take to the street for the fifth time in a week. Schembri is under arrest along with Fenech’s doctor Adrian Vella. Vella is suspected of passing messages to Fenech from Schembri who is released without charge within 24 hours.

November 28, 2019
A marathon cabinet meeting is held until the early hours of the morning, with protesters outside Castille demanding resignations. During the cabinet meeting, ministers are told of a plot to pin Caruana Galizia’s murder on Chris Cardona.

November 29, 2019
Fenech files urgent court proceedings to get police inspector Keith Arnaud off the case because of a claimed conflict of interest. The proceedings are still pending.

November 30, 2019
Fenech is formally charged with conspiracy in Caruana Galizia’s murder. He pleads not guilty and is remanded in custody.

December 1, 2019
Joseph Muscat announces he will step down from his role on January 12, following an election for a new leader. The announcement came as more protests are held in Valletta.

December 3, 2019
Protests move to Floriana, outside the police depot where protesters demand the rearrest of Schembri.

December 4, 2019
Theuma testifies in court detailing how he was directed by Yorgen Fenech to commission the hit with the words “get on with it. I want to kill Daphne”.

December 8, 2019
Thousands of protesters gather in Valletta in what is considered to be the largest protest since the start of manifestations. The protest is also backed by independent media outlets, including Times of Malta.

December 13, 2019
President George Vella uses his Republic Day speech to say that Malta is bigger “than the gang who brought shame”.