Germany votes Sunday in one of the most unpredictable elections in its recent history, with Angela Merkel's conservatives and the centre-left Social Democrats in a tight race for her crown as she prepares to leave the political stage.

The epochal election ushers in the end of 16 years in power for Merkel and places Germany, a byword for stability, in a new period of uncertainty.

Opinion polls show the race for the chancellery headed for a photo finish, with Merkel's CDU-CSU conservative alliance on around 23 percent, just behind the centre-left Social Democrats on 25 percent -- well within the margin of error.

"We will certainly see some surprises on Sunday," said Nico Siegel, head of the Infratest Dimap polling company. 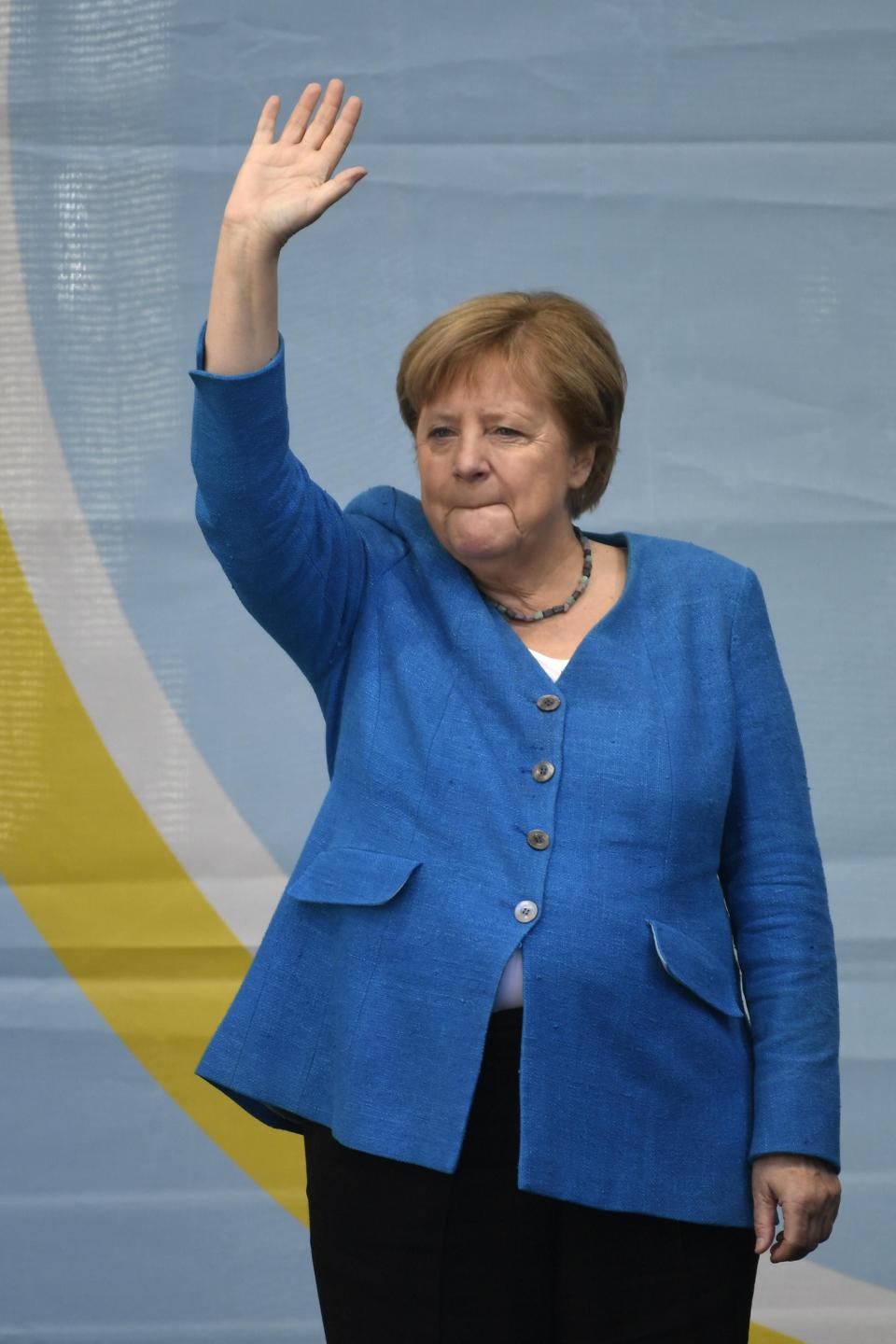 Angela Merkel departs after 16 years at the helm.

Despite the SPD's lead in the polls, a victory for the conservatives "can't be ruled out", he said.

"The race for first place is wide open."

Around 40 percent of Germany's 60.4 million eligible voters have said they are undecided, while the same proportion have already cast their ballots by post -- including Merkel herself.

The battle for the chancellery has boiled down to a contest between two men: Finance Minister and Vice Chancellor Olaf Scholz, 63, of the SPD, and Armin Laschet, 60, of the CDU-CSU.

But with both parties likely to fall well short of the majority needed to govern alone, there could be weeks or even months of fraught coalition negotiations.

After Germany's last election in September 2017, it was February before the CDU-CSU formed a coalition with the SPD.

Laschet, an affable but gaffe-prone centrist and longtime Merkel ally, was for some time the clear favourite to take the reins after the veteran chancellor leaves the stage.

But his popularity began to wane after a series of blunders over the summer, including being caught on camera laughing in the background during a tribute to the victims of devastating floods in Germany.

In the meantime, Scholz, who at the start of the year had looked down and out in the race, saw his ratings begin to rise as he avoided making such embarrassing mistakes.

Often described as capable but boring, Scholz has positioned himself as a safe pair of hands and the true Merkel continuity candidate, despite hailing from a different party.

Along with social justice, climate change has been one of the top concerns among voters in the run-up to the election.

The Green party enjoyed a surge in support earlier this year after naming 40-year-old Annalena Baerbock as its chancellor candidate, at one point even briefly taking the lead as the most popular party.

But after a series of missteps by Baerbock, including a plagiarism scandal, the Greens are now polling well behind the two leading parties on around 17 percent.

While the chancellery may be out of reach for the party, it will likely have a role in Germany's next government.

All bets are off on the composition of the next coalition, as the SPD and the conservatives could each try to cobble together a ruling majority if there is little to divide their score.

On the eve of the polls, Scholz voiced his preference for a partnership with the Greens, calling on voters to give him the score needed to go with a two-way coalition.

If those numbers don't add up, he may have to also rope in the liberal FDP, which is not a natural bedfellow with the SPD or the Greens.

Laschet has signalled he could still try to form a coalition even if the CDU-CSU do not come first, most likely calling on the FDP and the Greens for support.

But coming second would be a devastating blow for the party, which has dominated German politics since World War II and has never won less than 30 percent of the vote in federal elections.