After their Oscar-winning movie Free Solo, about a daredevil rock climber, Elizabeth Chai Vasarhelyi and Jimmy Chin found an even more remarkable true story for their next film – the rescue of a boys' soccer team from a Thai cave in 2018.

The husband-and-wife team had watched transfixed with the rest of the world as amateur divers, Navy SEALS and hundreds of volunteers pulled off a seemingly impossible rescue through miles of dark, perilous, flooded caves. 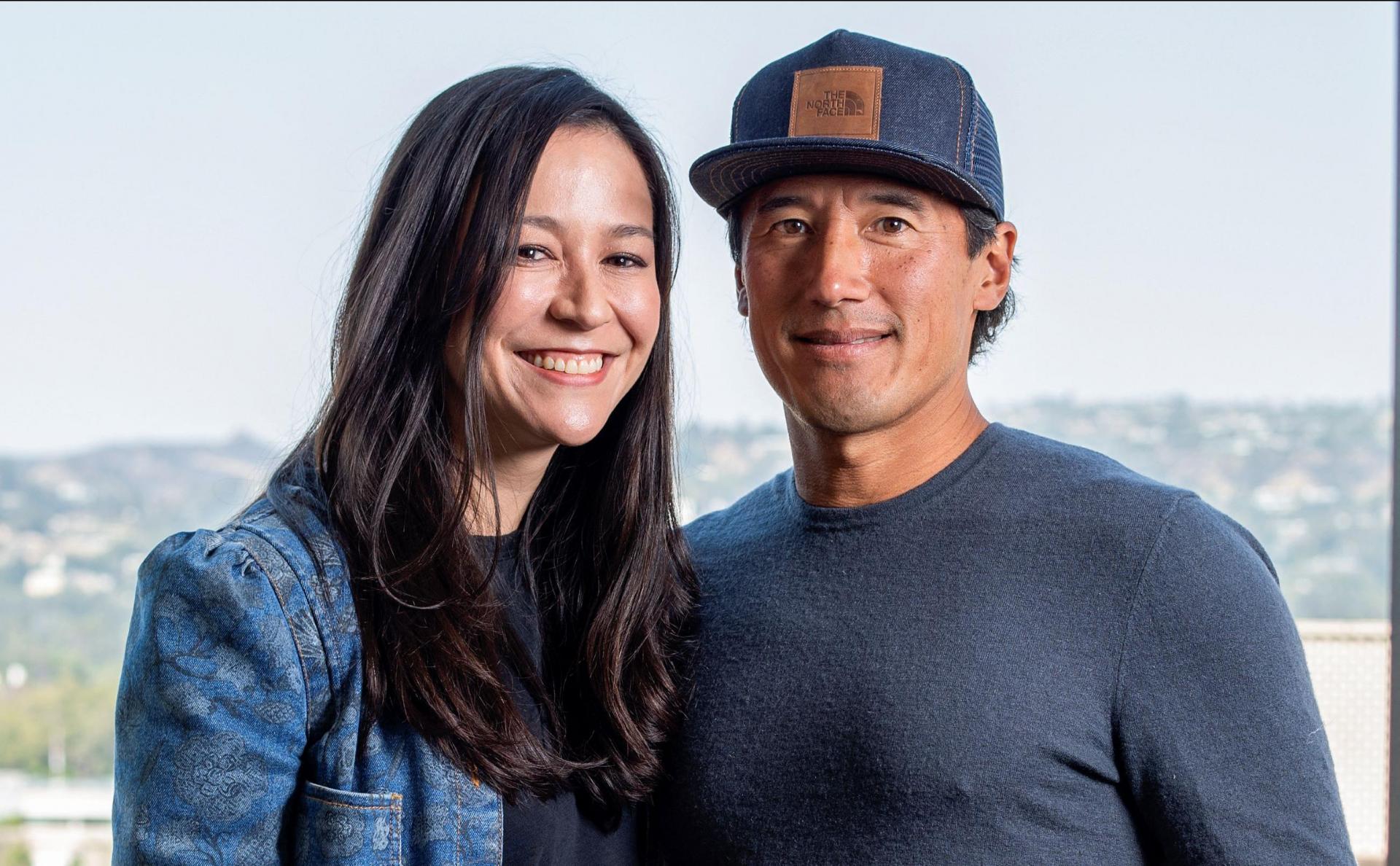 Once the 12 boys and their coach had been plucked miraculously from their subterranean prison, the documentary makers teamed with National Geographic to tell the inside story in The Rescue, out in theatres October 8.

"It moved us as humans, as Asian parents and as storytellers. I think that this really is one of the great stories of the last 10 years," Vasarhelyi told AFP.

The directors sifted through 87 hours of never-before-seen footage obtained from the Thai Navy Seals after two years' of negotiations during which military chiefs "said no in every possible form of 'no'," Chin recalled.

"For me it wasn't fair – if it existed the world needed to see it," said Vasarhelyi. 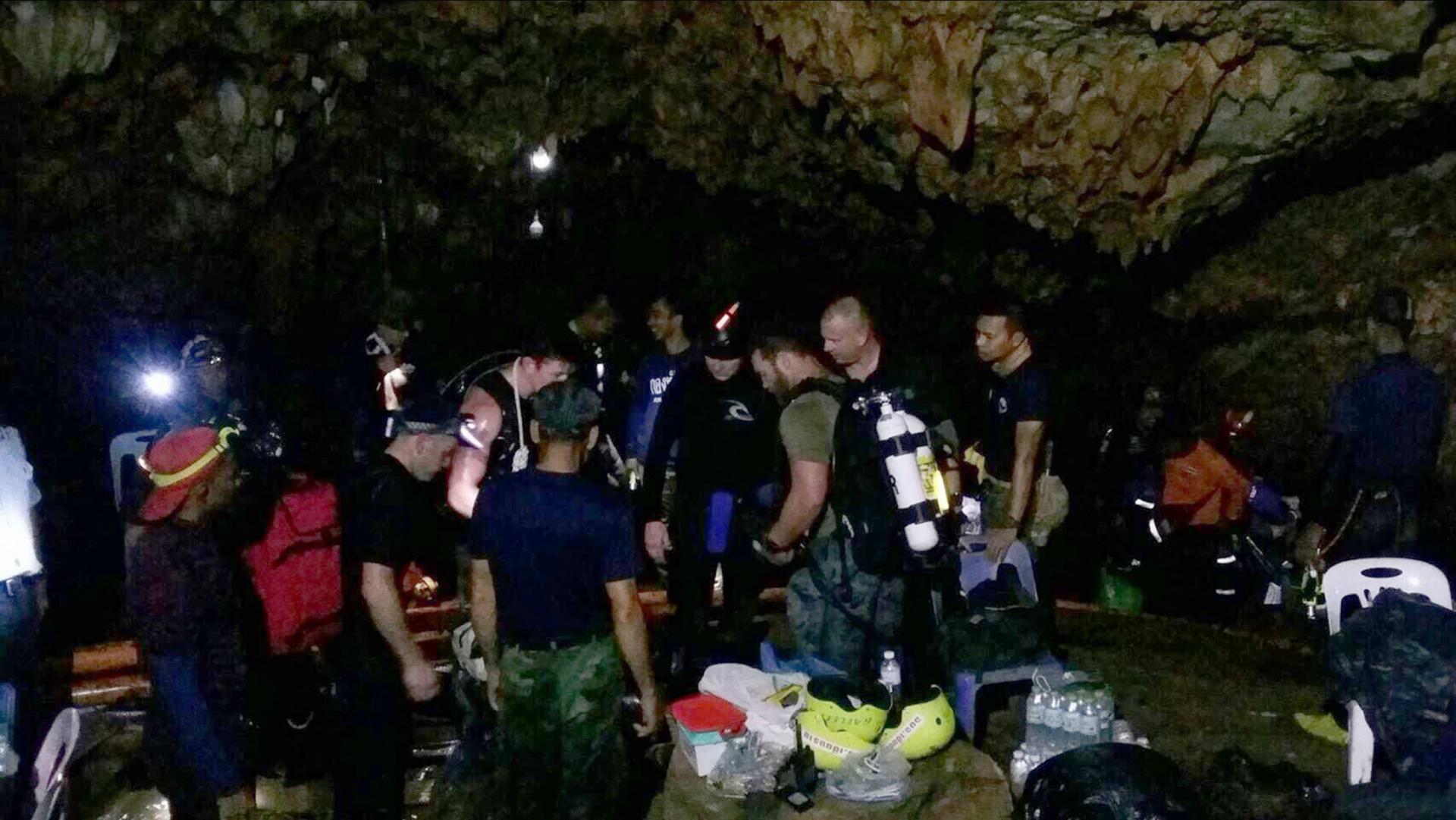 In this file photo taken on July 02, 2018 and released by the Royal Thai Navy shows a group of foreign divers preparing to search flooded section of Tham Luang cave at the Khun Nam Nang Non Forest Park in the Mae Sai district of Chiang Rai province. Photo: Royal Thai Navy/AFP

The behind-the-scenes footage shows the euphoric moment two British divers returned to the cave's entrance with news they had located the children, and the precarious pulley contraption used to transfer them on stretchers out of the final cavern.

But the film focuses mainly on the personalities and back stories of the rescue's unlikely heroes.

The rag-tag group of middle-aged hobbyists' unique skillsets and homemade equipment enabled them to reach sections of the cave that military divers could not begin to fathom.

"Here are these weekend warriors – one's a retired fireman, one's a meteorologist, an IT consultant, an electrician," said Vasarhelyi.

"They're kind of misfits, they feel awkward, they have found purpose in this very strange subculture of cave diving on the weekends, which has allowed them to become the best in the world." 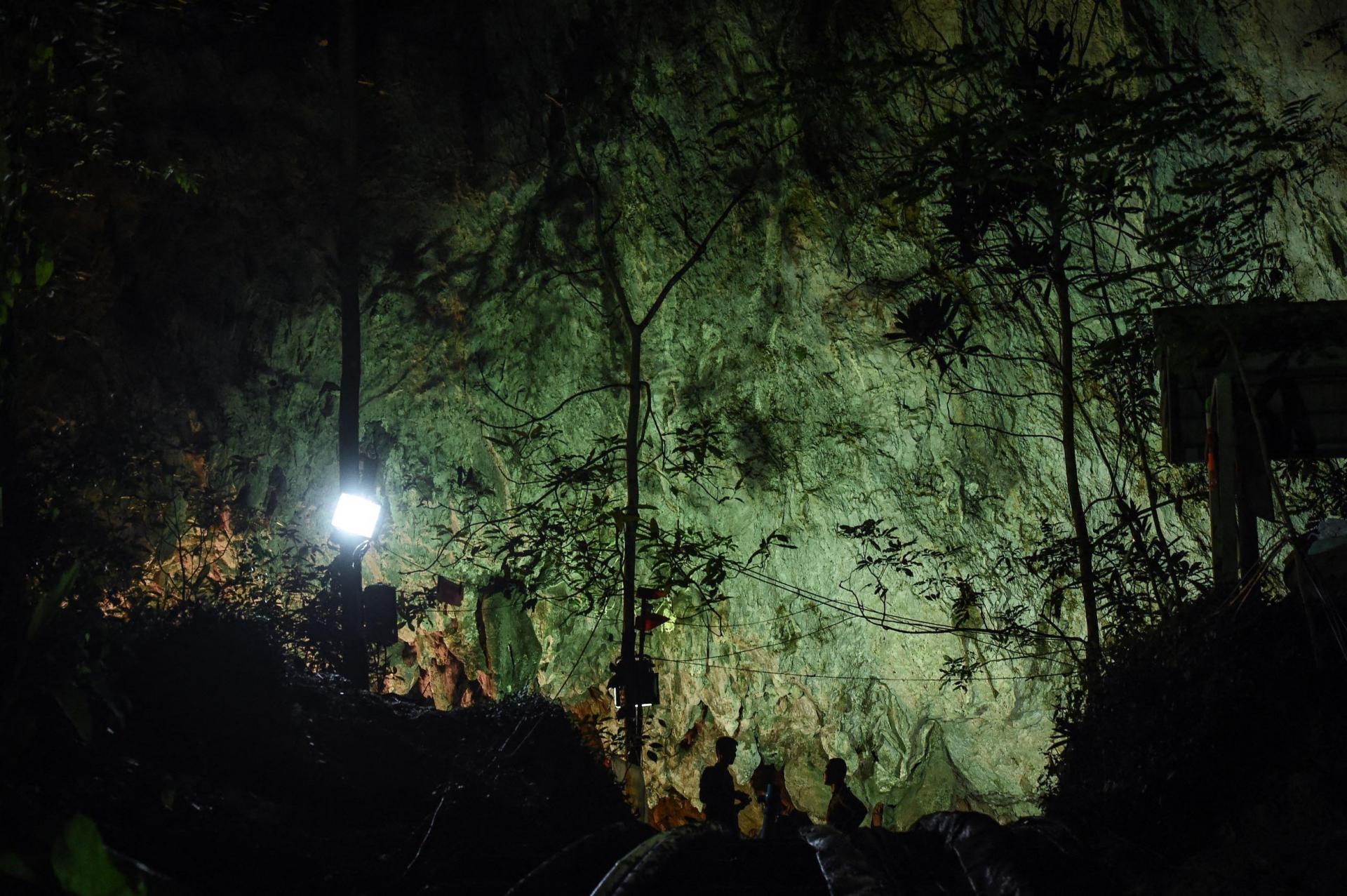 In this file photo taken on July 01, 2018, Thai soldiers stand at the mouth of Tham Luang cave. Photo: Lillian Suwanrumpha/AFP

The divers not only appear in interviews, but re-enacted key moments of the rescue on camera for the movie.

"This is the first film that we've made that we weren't present for the principal action," Vasarhelyi.

"The only way to really understand the gravity of tying a kid's arms together behind their back and putting their head underwater is when you see it."

The interviews reveal hair-raising details about the rescue, for which the children were injected with a cocktail of drugs to sedate then.

One diver bringing out a child became disoriented and ended up swimming backwards to the previous cave – following an electrical cable – after losing his dive rope.

Another accidentally stabbed himself with a ketamine syringe while underwater with a child who was recovering consciousness. Thankfully, it was empty at the time.

For Vasarhelyi, one of the rescue's most compelling features was the personal risk shouldered by the amateur divers, who were warned by embassies they could land in Thai jail if any of the children died, and given extraction plans in case it failed.

"If you're the only person in the world who can save these kids, are you going to risk everything to try to do it? And can we be our best selves? And what is the consequence of that?" she said.

"I think that even going to Thai prison would probably pale to what it would have been like to live with yourself, knowing that you participated in the death of 13 people," she added.

"And I don't think we can really ever overstate – they really considered that saving one child would be a success."

Notably absent from the film is Elon Musk, who infamously traveled to Thailand with a prototype mini-submarine which was rejected as unusable by the divers – triggering a bizarre spat. 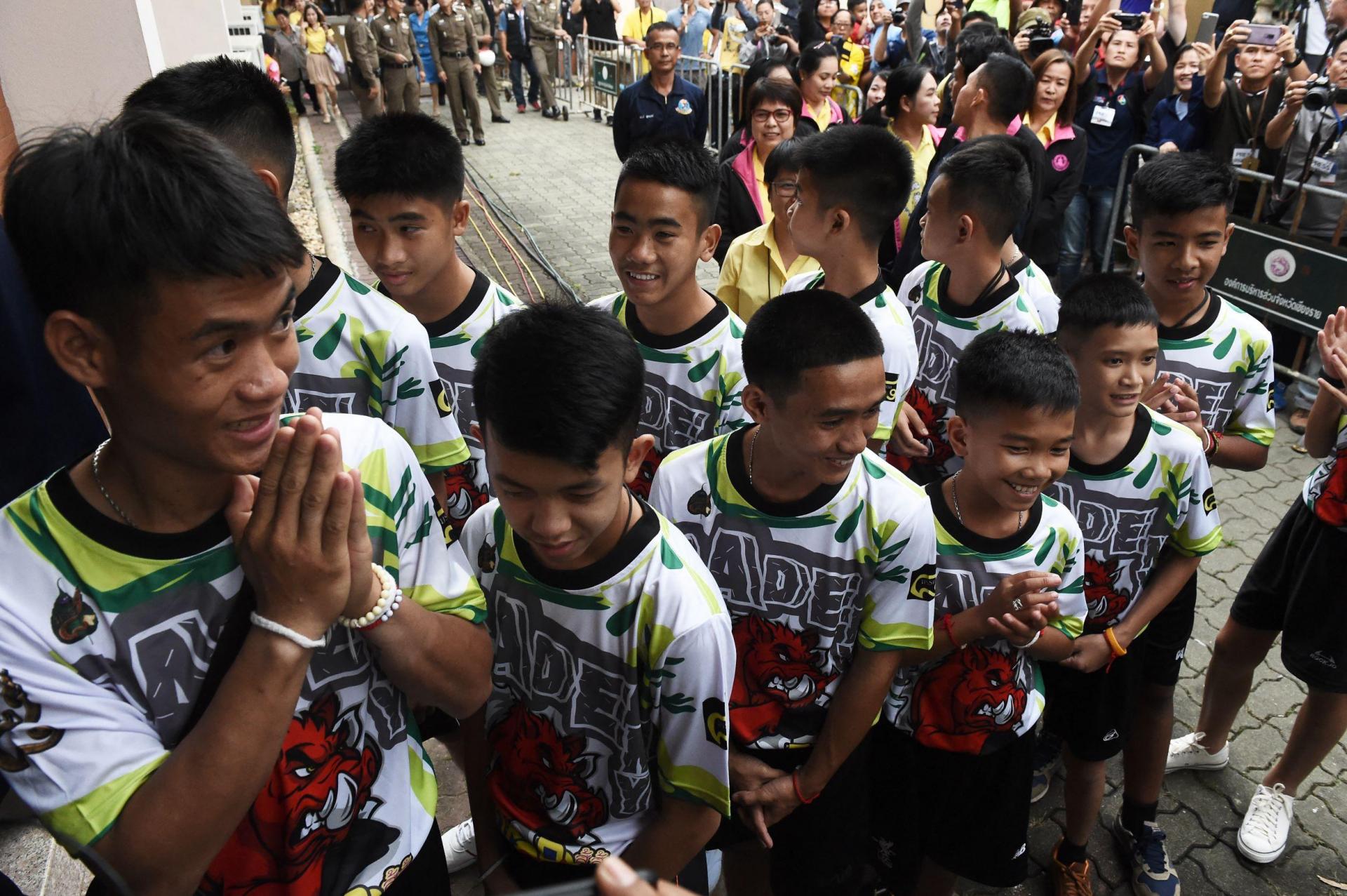 In this file photo taken on July 18, 2018, 12 boys and their football coach Ekkapol Chantawong (left), dramatically rescued from deep inside a Thai cave after being trapped for more than a fortnight. Photo: Lillian Suwanrumpha/AFP

"This is such a rich story, and that particular incident really had no impact on the rescue itself," said Vasarhelyi.

"It felt like a diversion – it just took away from the principal action. So we thought as it wasn't a big deal to the rescue itself, it shouldn't be a big deal in our film."