His close associate Keith Schembri is appointed as chairman of the Labour Party’s working group on energy.

Electrogas shareholder Paul Apap Bologna presents a proposal to the PN government for the building of a new power station.

Former Electrogas shareholders Gasol are mentioned in the presentation, along with Maltese investors comprising a “diverse group of Maltese citizens and prominent business families”.

Konrad Mizzi publicly enters the scene as a Labour spokesman for energy. He tells the Times of Malta in an interview that he is working on the Labour Party’s energy policy.

“We have a roadmap,” Dr Mizzi says.

Mr Apap Bologna, along with 17 Black owner Yorgen Fenech and fellow Electrogas partner Mark Gasan, last month all denied ever having any meetings with Labour officials about their energy plan prior to the March 2013 election.

March 9 sees the Labour party return to power in a landslide victory.

Shortly afterwards, OPM consultants Nexia BT begin the process to incorporate three Panama companies, using the services of Mossack Fonseca, the firm at the heart of the Panama Papers leak.

Two of these companies, Tillgate and Hearnville, would eventually be owned by Keith Schembri and Konrad Mizzi.

A call for expressions of interest is issued by Enemalta for the power station project, bypassing the Department of Contracts. Energy Minister Konrad Mizzi says the expression of interest route was taken to expedite the process.

October 2013 – Shell, Gazprom and Edison out, Electrogas in

Major players like Shell, Gazprom and Edison have their bids rejected, as the Electrogas consortium is announced as Enemalta’s preferred bidders.

According to leaked business plan extracts drawn up by Nexia BT, Electrogas will receive revenues of €3.9 billion over a 19-year period. 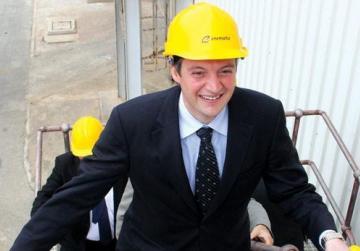 The Times of Malta reveals the existence of a secret €88 million government bank guarantee to cover a massive BOV loan taken by Electrogas.

During the same period, Dr Mizzi and Mr Schembri transfer shares in their Panama companies to trusts set up for them by Nexia BT in New Zealand.

That same month, an account for 17 Black at Noor Bank is set up.

The purpose of the transaction was for “manpower in Qatar”, yet financial investigators in America say 17 Black is a shell company, meaning it has no employees or meaningful presence.

The State guarantee shoots up to €360 million to cover a €450 million loan taken out by Electrogas. Dr Mizzi says the temporary guarantee will be in place for 22 months.

Azerbaijani national Rufat Baratzada wires a total of $1.4 million in two transactions to 17 Black. American financial investigators deem this to be “suspicious activity” between shell companies.

The Daphne Project reveals this week that Mr Baratzada works as a security guard on a construction site on Azerbaijan.

Nexia BT partner Karl Cini sends an e-mail to Mossack Fonseca providing information about the payments that will be made to Dr Mizzi and Mr Schembri’s Panama companies.

The Dubai company 17 Black is named as a “target client” of the Panama firms meaning it will be a source of income for the offshore shell companies.

Another Dubai company called Macbridge is also named as a “target client”.

The e-mail says €150,000 will be paid in monthly instalments to both Dr Mizzi and Mr Schembri’s Panama companies. The total income from 17 Black and Macbridge is put at $2 million in the leaked e-mail.

February 2016 – Banking on the Bahamas 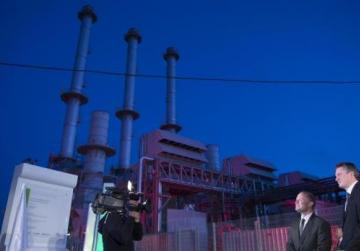 The inauguration of the new power station.

Prime Minister Joseph Muscat “strips” Dr Mizzi of his energy and health portfolios, in response to growing pressure over the Panama scandal. Despite losing the energy portfolio, the Prime Minister keeps Dr Mizzi in charge of seeing through “the implementation of our energy plans”.

The Prime Minister says no action was taken against Mr Schembri because “he is not a political figure and he enjoys my trust.”

Prior to the reshuffle, Police Commissioner Michael Cassar goes out on sick leave and then resigns after receiving a formal request from the FIAU to investigate Mr Schembri and Dr Mizzi.

A month later, 17 Black’s name is changed to Wings Development.

Police Commissioner Lawrence Cutajar reiterates there is no need to open up an investigation into Mr Schembri and Dr Mizzi.

In the meantime, the FIAU is compiling a report into all of Dr Mizzi’s energy deals.

The €360 million loan guarantee given to Electrogas is secretly extended on the eve of the election, after Electrogas failed to secure long-term funding by the stipulated deadline.

The Malta Independent publishes a story based on leaked extracts from the Konrad Mizzi FIAU report. Schembri denies any knowledge of the company, as does Dr Mizzi.

The FIAU receives transaction information from Latvia about 17 Black, in connection to the $1.4 million transfer from Rufat Bartzada.

This information, together with a comprehensive report into Dr Mizzi’s energy deals, is submitted to the police after that. Yorgen Fenech is identified as 17 Black’s owner in this report.

Financial and law enforcement agencies in the United Arab Emirates are examining the company’s activities. UAE authorities vow to cooperate with their Maltese counterparts.

The Daphne Project sends out questions to all those linked to 17 Black, including to the Prime Minister.

In the weeks that follow, the project faces attempts to discredit its work.

Fielding questions from the press following the 17 Black revelations, the Prime Minister says he will not be taking any action against Mr Schembri and Dr Mizzi until inquiries are completed.

A day before the Prime Minister’s comments, his lawyer Pawlu Lia continues to forge ahead with an appeal to halt a magisterial inquiry into 17 Black requested by former Opposition leader Simon Busuttil.

Judge Antonio Mizzi adjourns the appeal hearing until after his retirement.