Scientists are often portrayed as drab and humourless, hunched over beakers and microscopes while wearing stained lab coats and sporting dishevelled hair.

Dispelling this myth is a constant battle, and much effort has been put into showcasing just how imaginative, varied and exciting science can be. Enter the Ig Nobel Prizes: named after the more renowned (and prestigious) Nobel Prizes, the Ig Nobel Prizes have been awarded annually since 1991 to ten scientific achievements which “first make people laugh, and then make them think”.

Initially, the prizes were highly satirical in nature but have since shifted to rewarding bizarre and unusual science which may have unexpected conclusions and unintuitively practical applications. The award ceremony during which the prizes are conferred has, however, lost none of its original quirky and comic character.

In recent years, winners have been presented with the prize and a signed certificate, as well as a cash prize of 10 trillion Zimbabwean dollars (worth less than the paper it’s printed on) by real Nobel laureates. After being awarded the Ig Nobel Prize, winners are invited to talk about their research but are given a time limit of just sixty seconds, after which a young girl will rush onto the stage shouting “Please stop! I’m bored!”

The 2020 edition of the Ig Nobel Prizes award ceremony will take place on September 17. With ten new areas of unusual and zany research about to be publicly lauded, it is perhaps a good time to look back at some of the seemingly bizarre research that has led to an Ig Nobel Prize and why it made us laugh, and then think.

Although the exact reason why riding a medium-intensity roller coaster aids in the passage of kidney stones is unknown, the researchers suggest that riding such amusement park rides on a regular basis after passing a stone may facilitate the passage of remnant fragments, thus reducing the risk of kidney stone recurrence.

For their work, Mitchell and Wartinger were awarded the 2018 Ig Nobel Prize in Medicine.

Unusual medical research such as this was by no means the first to win an Ig Nobel Prize: in 2015, a group of medical researchers were presented with the award for “determining that acute appendicitis can be accurately diagnosed by the amount of pain evident when the patient is driven over speed bumps” while in 2010 Simon Rietveld and Ilja van Beest were awarded the prize for using roller coaster rides in the treatment of asthma.

The knots in your earphones

Dorian M. Raymer and Douglas Smith were awarded the 2008 Ig Nobel Prize in Physics for “proving that heaps of string or hair will eventually tangle.”

This statement is certainly obvious to the owner of any set of wired earphones, but how does this occur? Raymer and Douglas investigated this by developing a mathematical model that would calculate the probability of knots forming in a string which has been tumbled about. Their results showed that the highest probability of a knot forming occurs when the string is long, flexible and tumbled about for as long a time as possible. 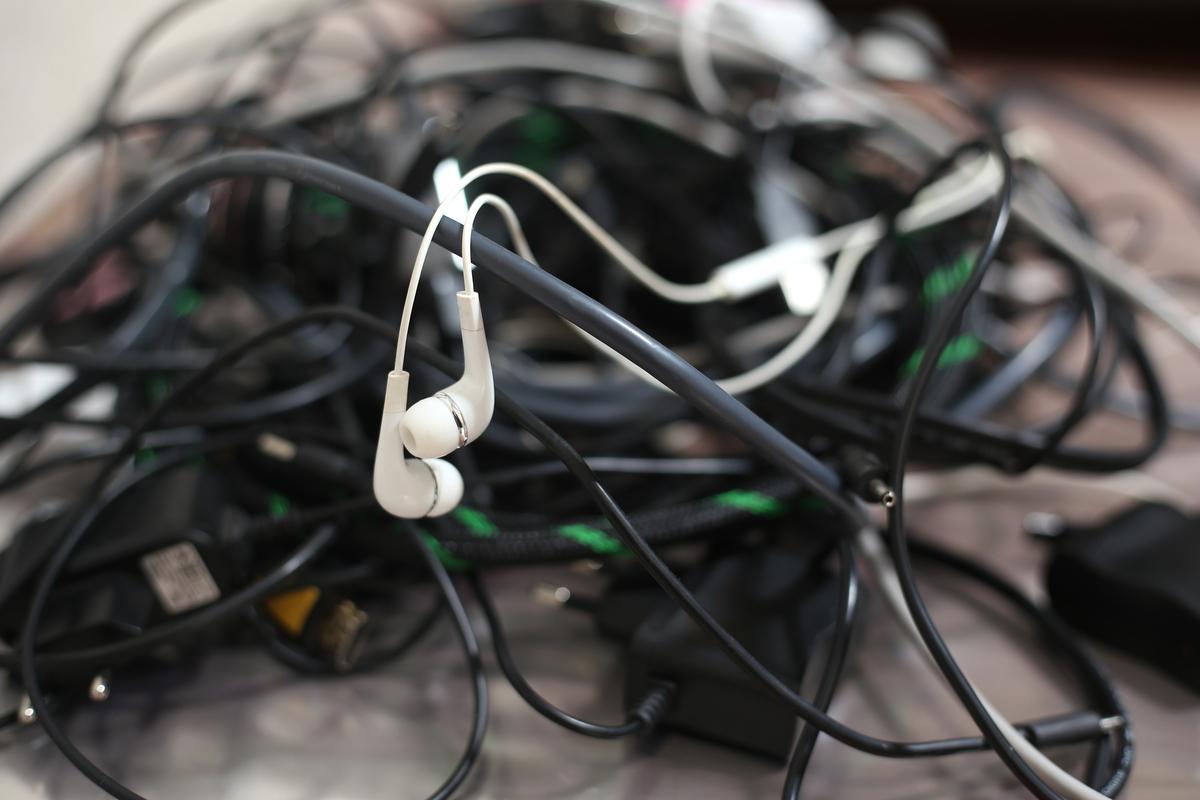 Tangled cables: they've frustrated all of us, but did you know there is a science to understanding those knots? Photo: Shutterstock

Although such a result may seem quite trivial, the underlying mathematics that went into this work – knot theory – is actually applicable to various other sciences, among them biochemistry and cryptography. For example, during DNA replication the double helix structure must unfurl before replication can take place, and even the replicates themselves need to be untangled from their parent strands. Knot theory is able to provide biochemists with a method for determining how the enzymes which mediate this process work.

The 2007 Ig Nobel Prize in Biology was awarded to Johanna van Bronswijk for “taking a census of all the mites and other life forms that live in people’s beds.” While the idea of listing down all the known species of bed bugs may seem silly, the results of this study have profound implications in medical science.

By studying the occurrence and abundance of different species of mites in house dust sampled from a plethora of locations around the world, van Bronswijk and her colleagues were able to show that fewer mites were found in the Mediterranean and Arctic regions; areas which are characterised by an arid environment. Conversely, the greatest number of mites were found in locations with a maritime cool temperate climate. 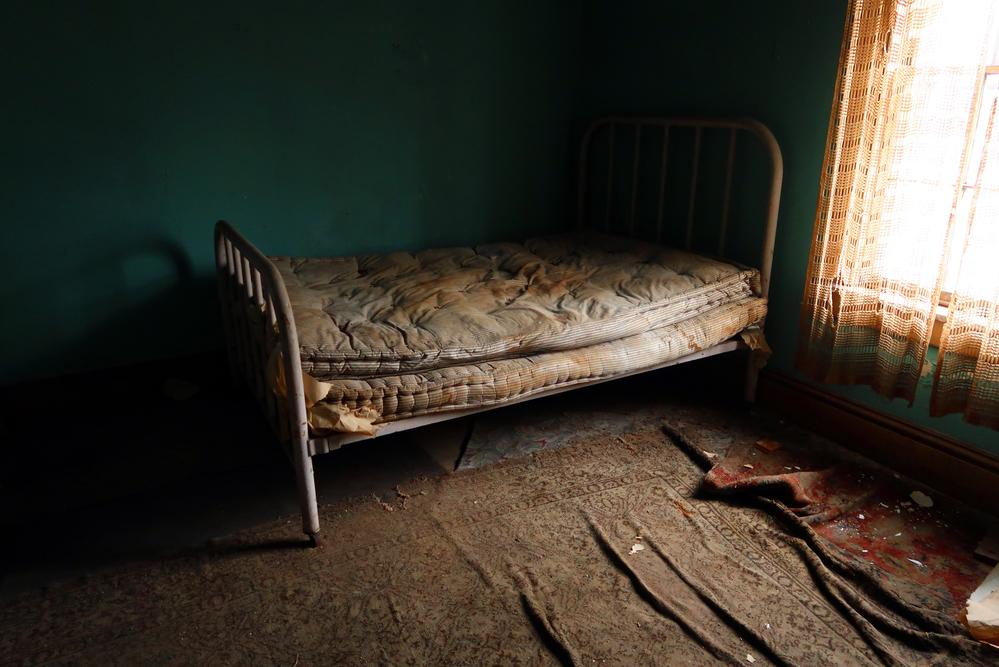 Bed bugs thrive in cool, temperate climates but are not so common in warmer ones. Photo: Shutterstock

Although these so-called bed bugs are not particularly dangerous to most people, their bites may cause irritation to the skin which leads to itching. In more serious cases, an allergic reaction to the bite may develop which may require medical attention and even hospitalisation.

Through the work led by van Bronswijk, however, we now have a clear understanding that these mites do not thrive in arid conditions, and so their numbers can be effectively curtailed not only by means of proper hygiene but also through dehumidification and air conditioning.

Undergoing a surgical procedure is a nerve-wracking experience at the best of times, and so it is comforting to know that the surgeon performing the operation has had the highest quality medical education; but how would you react if you were told that the techniques used to teach your surgeon his or her skills were no different to those used during dog obedience classes?

Karen W. Pryor and Theresa R. McKeon discovered that first- and second-year medical students actually learned how to perform basic surgical skills more accurately when trained using operant conditioning (in this, case the sound of a mechanical clicker) than by demonstration alone. Their results showed that students taught through clicker training performed simple surgical tasks with much greater accuracy than those students taught by traditional demonstration alone, despite taking slightly longer to complete the task.

Perhaps one of the better examples of how relatively simple ideas and experiments can lead to important results, this work earned Pryor and McKeon the 2019 Ig Nobel Prize in Medical Education.

Duncan V. Mifsud is a doctoral candidate at the Centre for Astrophysics and Planetary Science, University of Kent and a Fellow of the Royal Astronomical Society.

Benji Fenech-Salerno is a doctoral candidate at the Department of Chemistry, Imperial College London