The plight of migrants at sea will literally take centre stage when Pope Francis visits the Ħal Far Peace Lab during his two-day visit this weekend.

The podium on which the pope will meet migrants on April 3 will tell the story of the dark reality that is often ignored as people get on with their busy lives, said artistic director Carlo Schembri. 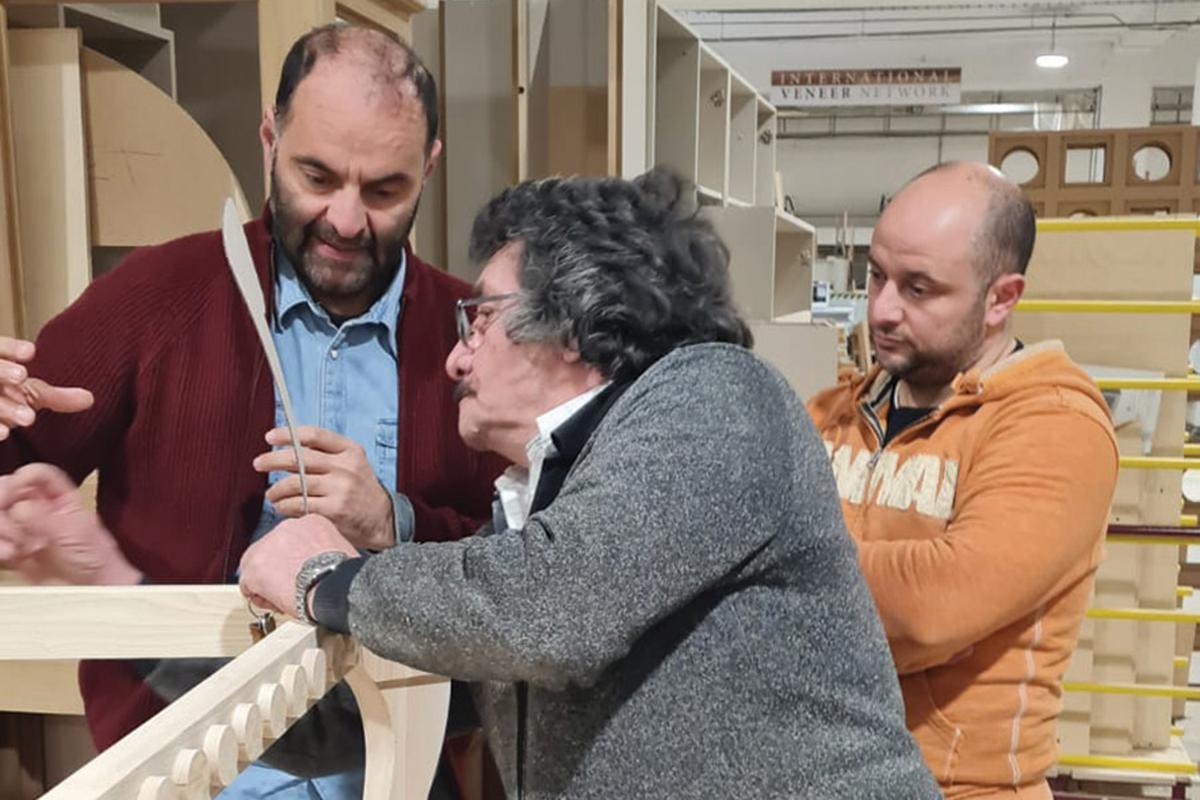 Schembri is overseeing the design of the key backdrops to the papal visit.

“Malta is beautiful. But there is a reality in Ħal Far that cannot be ignored,” he said.

“So if you look at the podium at a glance you will see a bright and shimmering representation of the sea – the beautiful blue Mediterranean sea.

“But when you look deeper, you will see that the sea is made of recycled plastic bottles, because there is more plastic than fish in our sea.

The backdrop in Ħal Far will be made up of plastic bottles in the form of waves, with life jackets symbolising the loss of migrants’ lives at sea.

“And the red blobs are life jackets: the lives of people lost at sea.

The podium will not be adorned with a crucifix, given that mass will not be said during the Ħal Far visit.

Pope Francis has defended refugees and migrants, making the issue a focal point of his papacy and appealing for the European Union to be more welcoming to those arriving in the face of adversity. 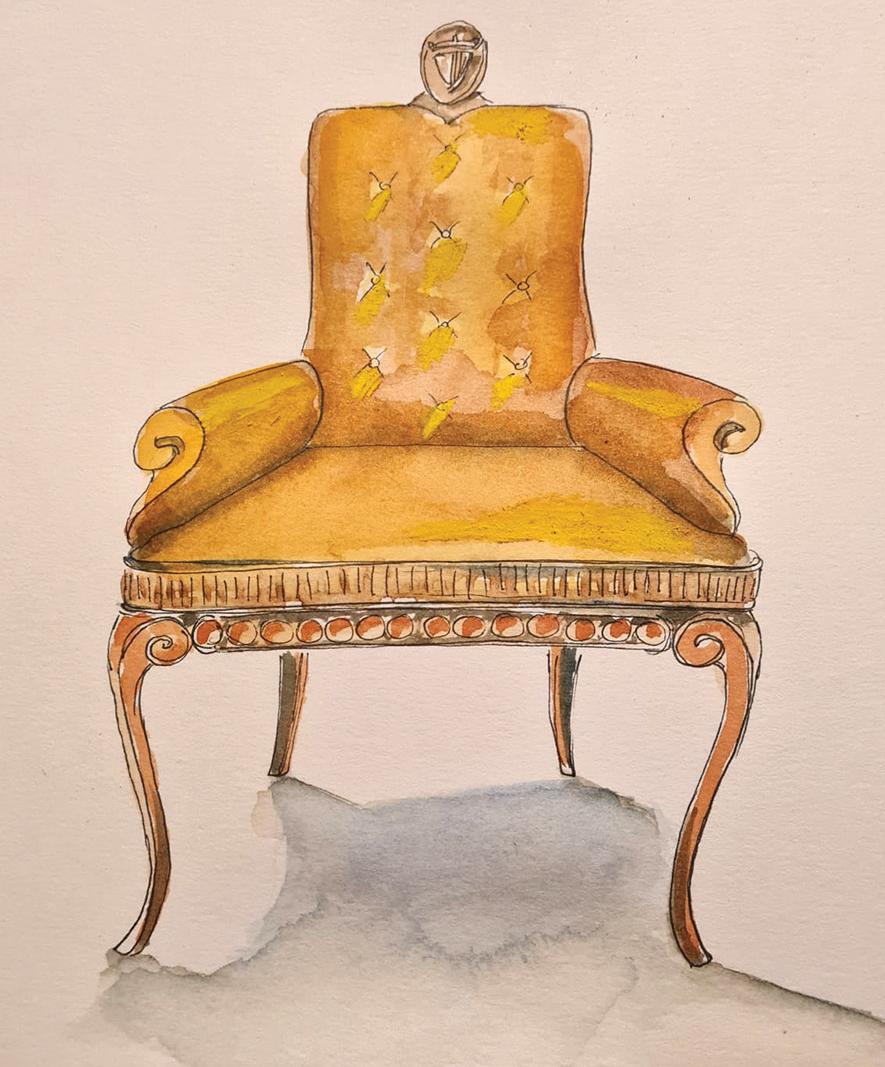 The new chair of state designed for the occasion.

The pontiff’s visit is expected to draw attention to the plight of Malta’s migrant community. It will be a politically sensitive visit as Malta is on the frontline of migration into Europe and the government has been accused of involvement in illegally pushing back migrants to war-torn Libya.

The Peace Lab – set up in 1971 following an appeal made by Pope John XXIII for the world to reflect on peace – is now home to migrants and refugees.

It will be the pope’s last stop to a visit that starts on Saturday, April 2, when he lands in Malta at 10am. 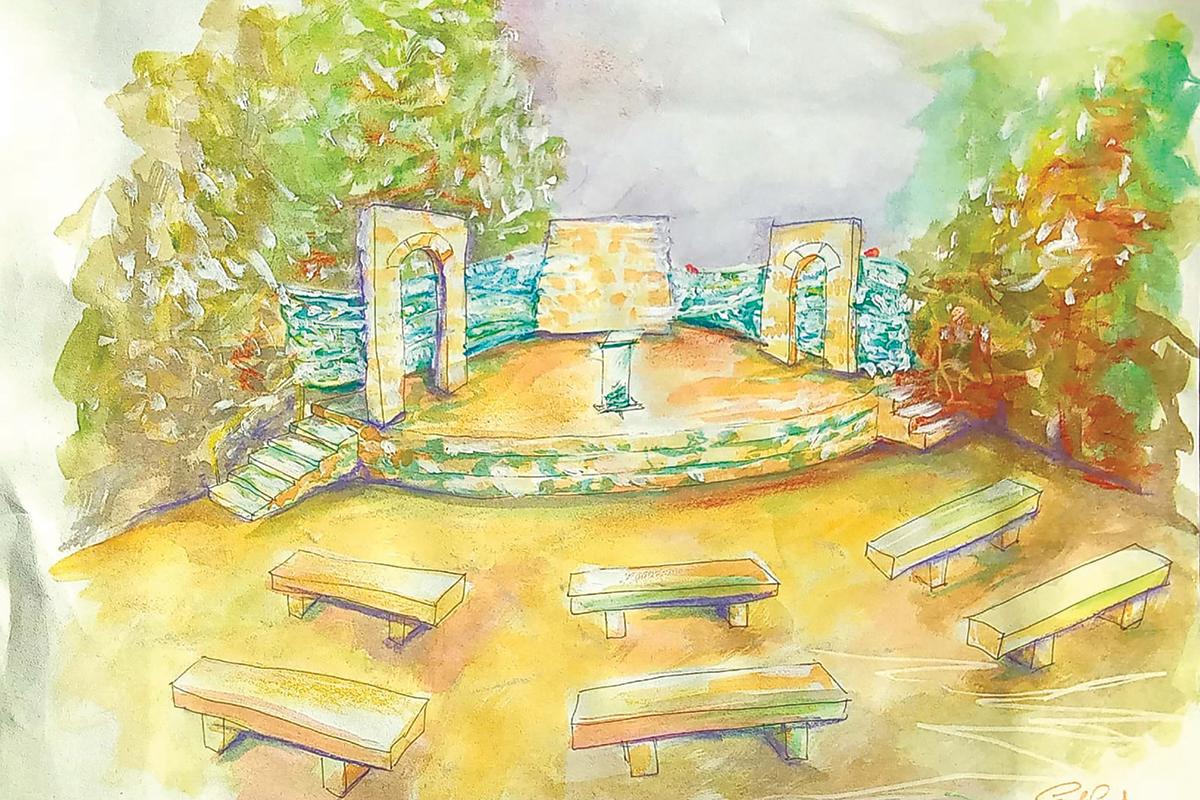 The podium on which Pope Francis will meet migrants in Ħal Far.

On arrival, Pope Francis will head to the Grand Master’s Palace in Valletta where he will meet the president, the prime minister and other dignitaries.

There he will launch the new chair of state designed by Schembri for the occasion.

There are two chairs, made of golden yellow fabric, a papal colour, to complement the dark blue damask.

They will be used by Pope Francis and President George Vella on the day and, after the visit, for state visits at the palace. The pope’s emblem will be removed and replaced with the Maltese coat of arms.

On Saturday afternoon, Pope Francis will head to Ta’ Pinu, in Gozo, the last stop for the day. 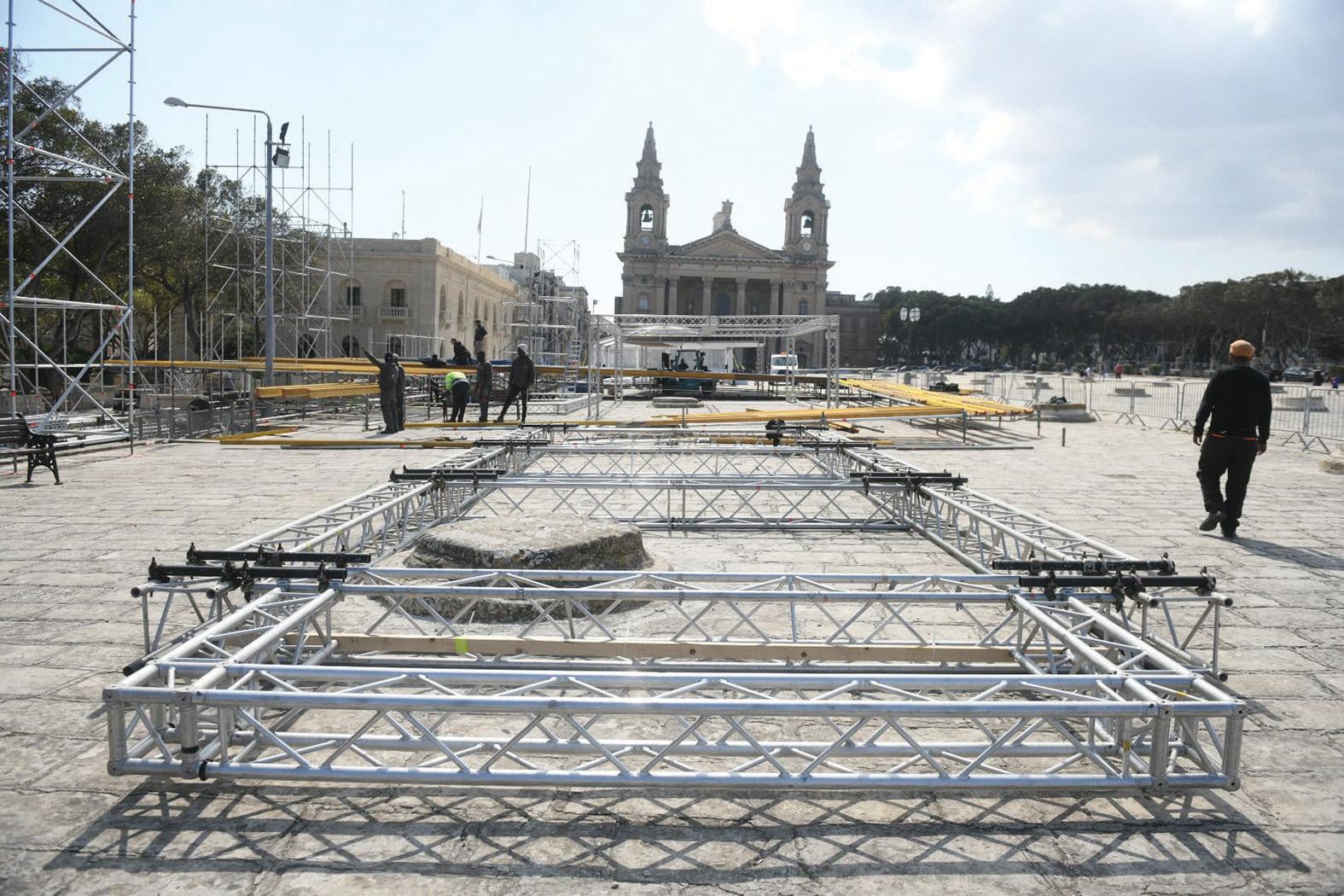 The stage for the papal Mass being set up in Floriana yesterday. Photo: Matthew Mirabelli

On Sunday, following a visit to the Grotto of St Paul, he will celebrate Mass from a papal platform at the Granaries in Floriana at 10.15am.

A Curia spokesperson confirmed that Malta's political parties had agreed not to use the Granaries for their election and post-election events due to the construction of a stage for the Papal mass.

He has health problems, which include knee and vision issues, so we have to count every step- Designer Carlo Schembri

Schembri, who was also the artistic director for the visit of Pope Benedict 11 years ago, said designs have to abide by strict Vatican specifications centred around the pope’s health and safety.

“We have to keep in mind that the pope, who is 85, will be here for a day-and-a-half and his schedule is packed. He has health problems, which include knee and vision issues, so we have to count every step,” he said.

The papal platform will be 14 metres deep and 60 wide. It will not be very elevated since Pope Francis likes to be close to the people. It will have ramps and low stairs to ensure minimum exertion.

Given the pope’s knee problems, the sacristy is being built underneath the stage to avoid a walk to the Catholic Institute 300 steps away. Behind the stage are also a toilet and a secret emergency exit door.

The pope’s chair is 53cm high, as opposed to the standard 45cm, so he does not have to lower himself too far.

The overall design is minimalist, mostly white and light grey with hints of purple to represent Lent.

The purple robes of the 500 priests and Vatican delegation, sitting on clear ghost chairs, will light up the space “like flowers”.

To keep things simple, the greenery adorning the platform will not be elaborate. It will be made up of local fauna also mentioned in the bible, such as olive trees and cycas.

The 10,000 members of the public will be seated in clusters and will be able to follow on three massive screens and a good sound system.

By the side of the platform there will be a 400-square-metre area for the 200-strong choir and orchestra.

Screening at the back will be installed above the awnings to filter out the bright sunlight. The platform and trees behind it will be lit up to maximise the light and ensure that photos turn out well and not dark due to the sun.

“These photos are what make memories: the selfie with the pope’s platform behind you,” Schembri said.

Amended April 16, 2022: A previous version stated that the podium did not have a crucifix because most migrants were Muslim.