The Subaru Forester has always been a go-to of the ‘lifestyle’ sect. For those people who want something practical that could carry all the bits and bobs their outdoorsy lives require while also being capable off the beaten track. That’s still applicable here, but this new e-Boxer variant is designed to make the car more appealing to city slickers with its hybrid powertrain. 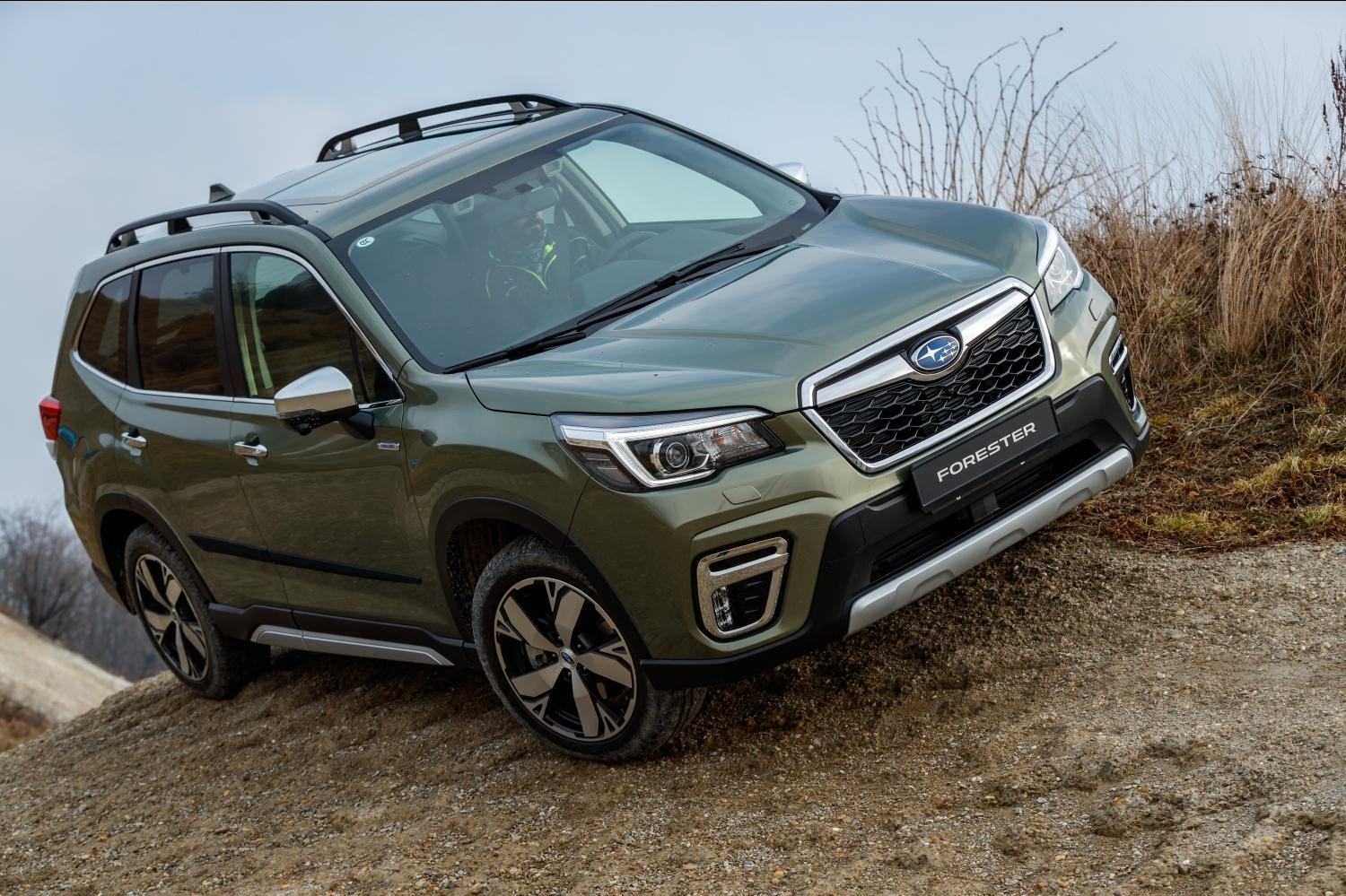 On the face of it, though, it’s closer to a mild hybrid than a traditional hybrid, with a very limited all-electric range. It’s very much Subaru dipping its toes in the waters of electrification, and with economy and emission figures not overly impressive compared with hybrid rivals the Forester will have to make a case for itself elsewhere.

This model is the fifth generation of Forester, and while it might look similar to its predecessor, it actually sits on the new Subaru Global Platform (or SGP). It’s the third car to do so, and not only does this standardised platform help the firm reduce production costs, it allows for the electrified powertrain at the heart of this model. 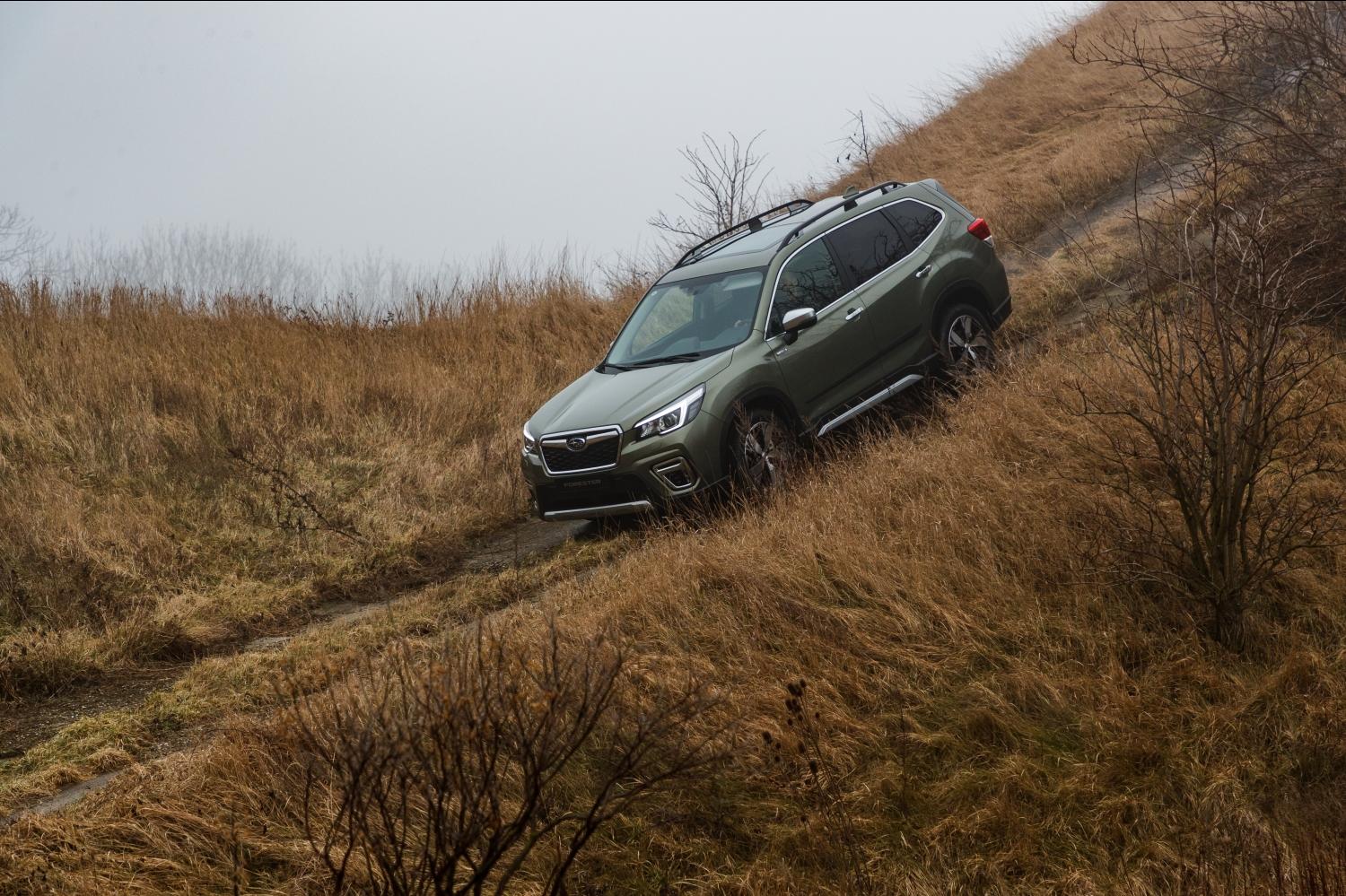 Other changes include an increase in size to make more room for passengers and their things, the latest EyeSight safety technology, and driver facial recognition software.

It’s the powertrain that’s the real story here, and at its heart is a familiar Subaru ‘boxer’ petrol engine. It’s a 2.0-litre unit paired with an electric motor that’s powered by a small lithium-ion battery. It allows for all-electric driving of up to one mile at speeds of 25mph (40km/h) and Subaru says it improves fuel economy by 10 per cent compared with the standard engine. 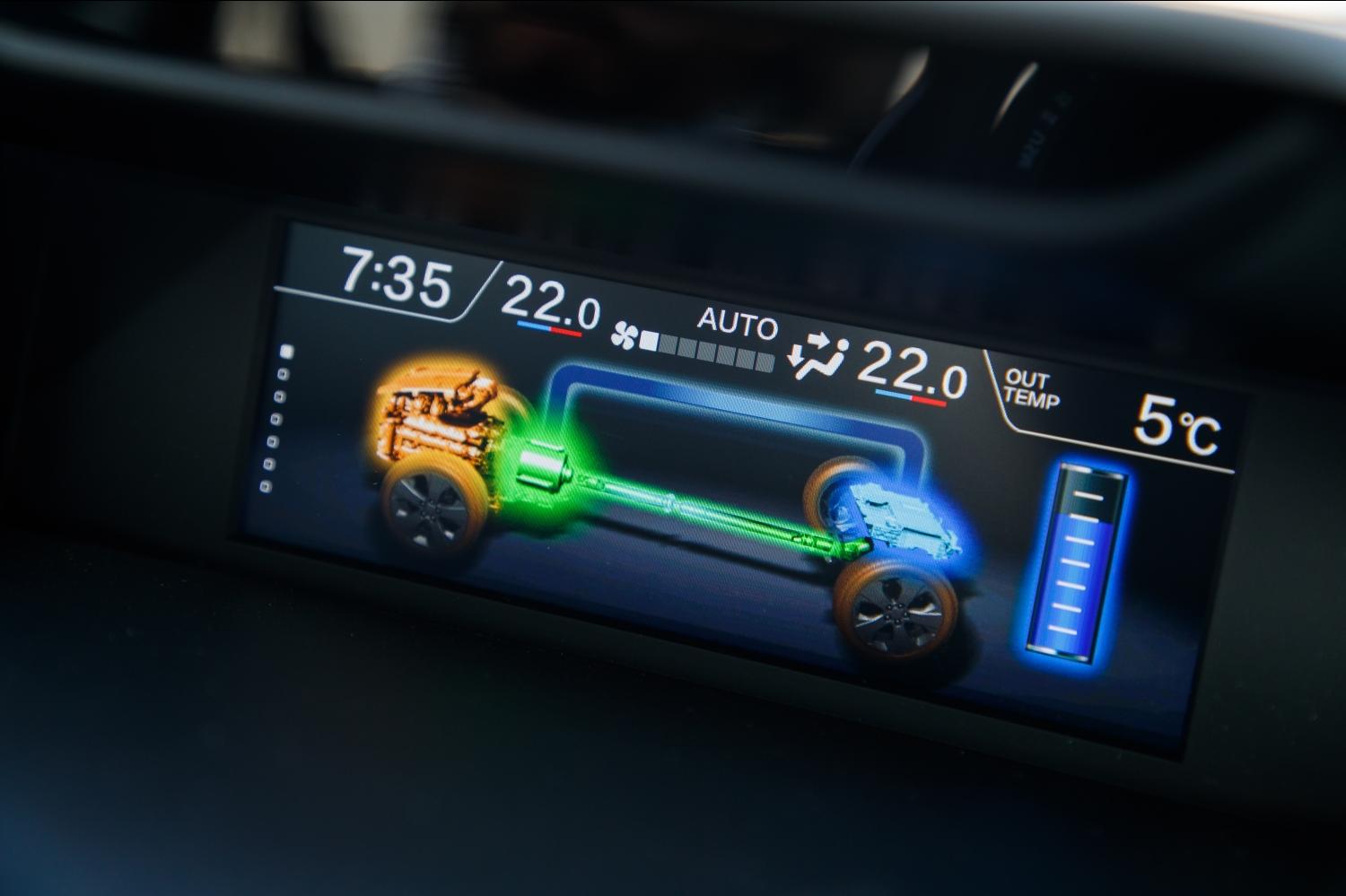 The result is, well, a little underwhelming. With the combined fuel economy figure of 34.7mpg, it’s well off the 50mpg-plus of the similarly sized, similarly priced Toyota Rav4, which benefits from a bigger battery to support its petrol engine.

And because it’s a CVT, when you put your foot down you get that odd sensation of zero progress despite the high engine revolutions. On the plus side, if you have a couple of screaming kids in the back seat, they’ll be drowned out by the screaming engine as you accelerate up to motorway speeds.

It’s not all doom and gloom, though, because the Forester is generally a decent drive. A bit of pre-planning to avoid the need for full throttle maneuvers and the engine is relatively quiet, with the added bonus of avoiding the worst of the automatic gearbox’s droning. 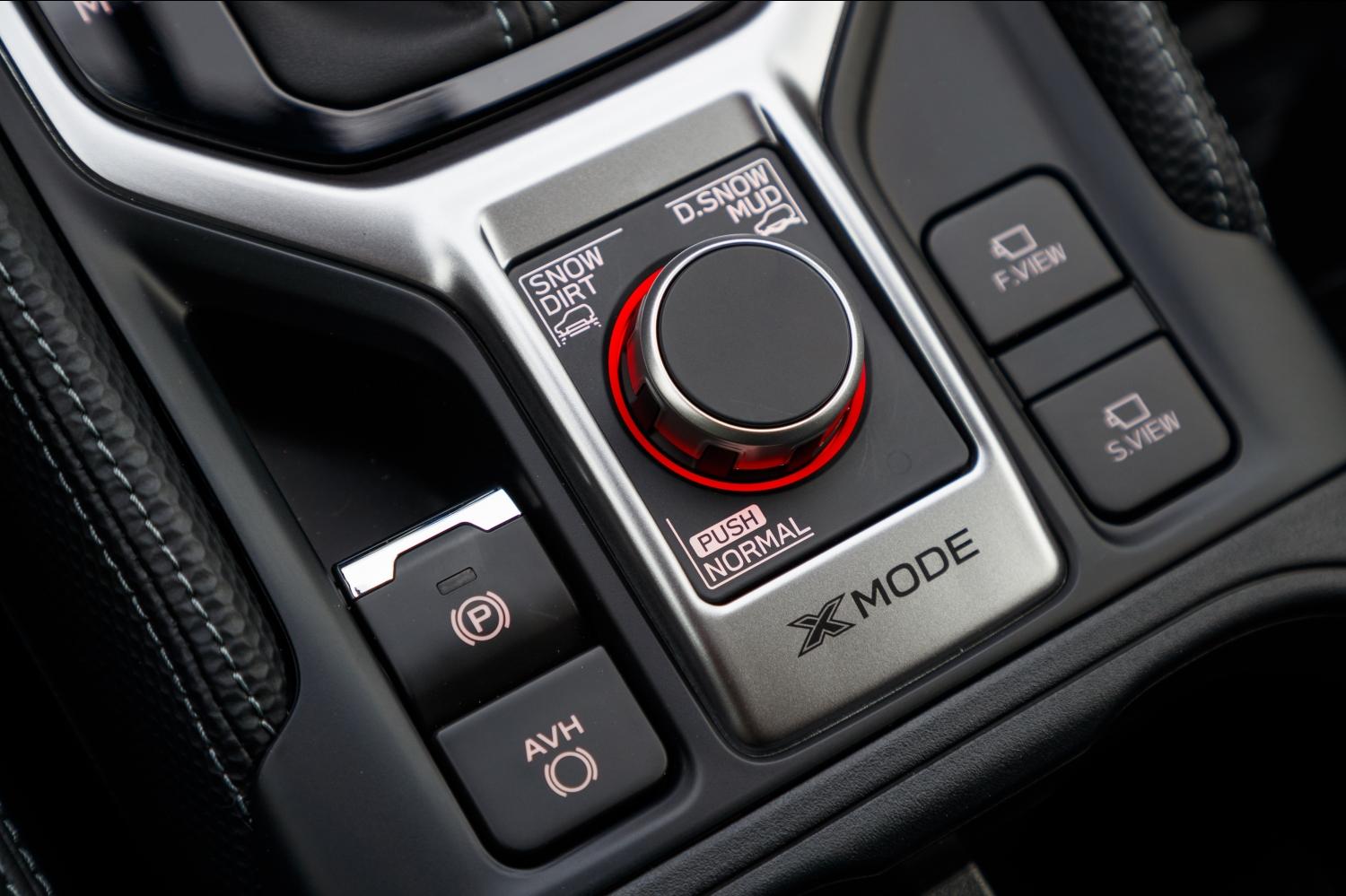 The ride is great, too, thanks largely to the off-road-ready raised suspension and high-sidewall tyres. On the road, you do notice its weight in the corners, but this is not a car that encourages you to channel Subaru rally legends of old. It’s at its best driven at a sedate pace, which will also help maximise that disappointing fuel economy…

Take the Forester off road, and it’s brilliantly capable. It has the firm’s excellent symmetrical all-wheel-drive system, and a drive mode dial that can optimise the powertrain for road driving, snow and dirt, or deep snow and mud.

At the launch of the Forester e-Boxer, Subaru’s designers said the car wasn’t “styled to win beauty contests”, which is quite an admission but totally understandable – this car is about rugged practicality, or function over form.

That being said, the Forester isn’t an unattractive car. Its boxy side profile is reminiscent of all large SUVs, while the rear lights have a cool angular design. The front end is a little fussy, but its chunky features make it look off-road ready. 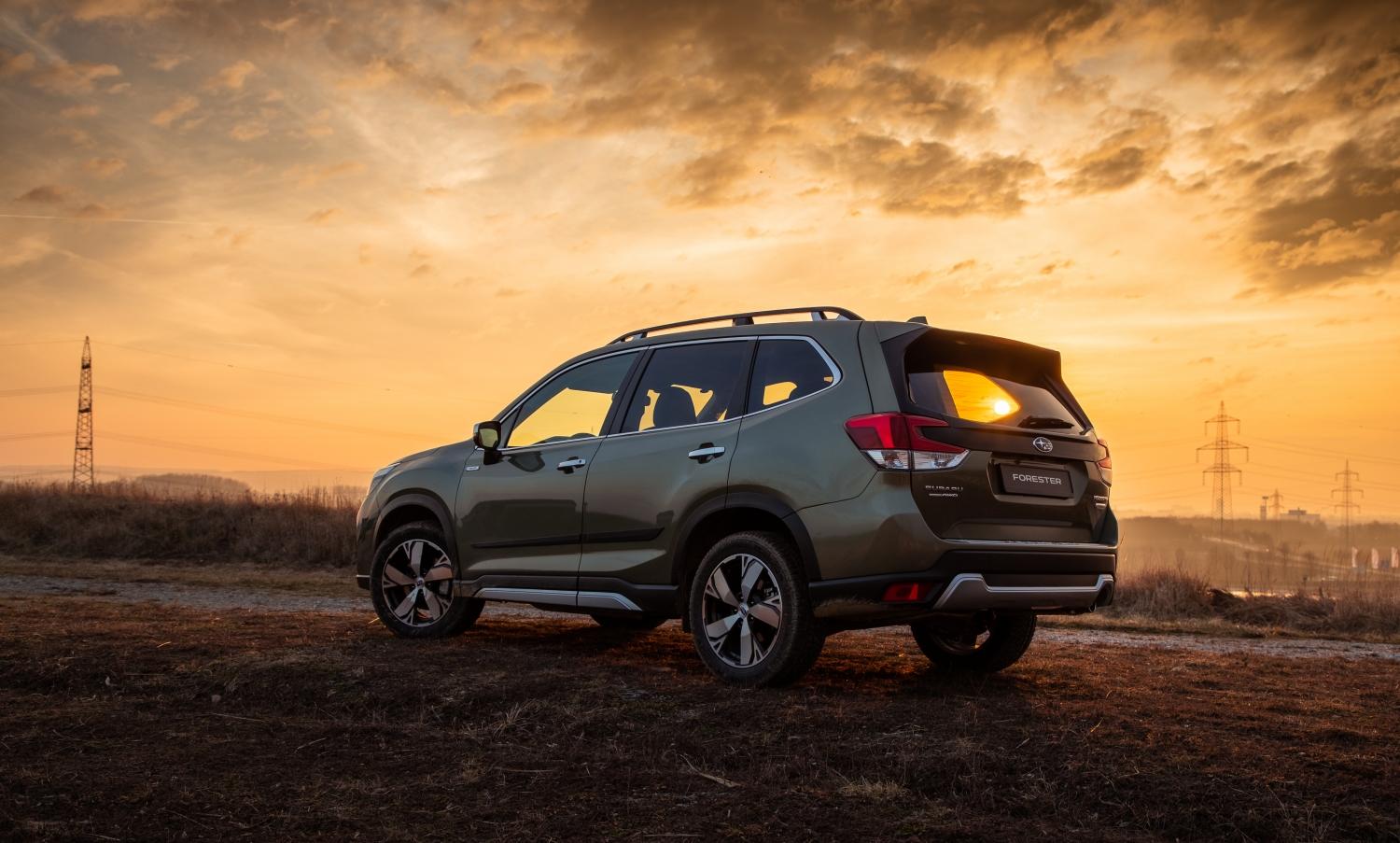 New features include LED headlights, new gloss black styling details and a two-tone panel above the rear lights. The plastic cladding, which looks rather cheap on closer inspection, is perhaps the only real complaint on the outside.

Jump in the cabin and it’s immediately clear that this isn’t a premium car, but it does a great job of balancing creature comforts with its focus on durability. There are soft-touch and premium-looking materials on show, with the worst of the cheap plastics hidden away. The infotainment system has plenty of features and is easy to use, though the graphics do look rather aftermarket. 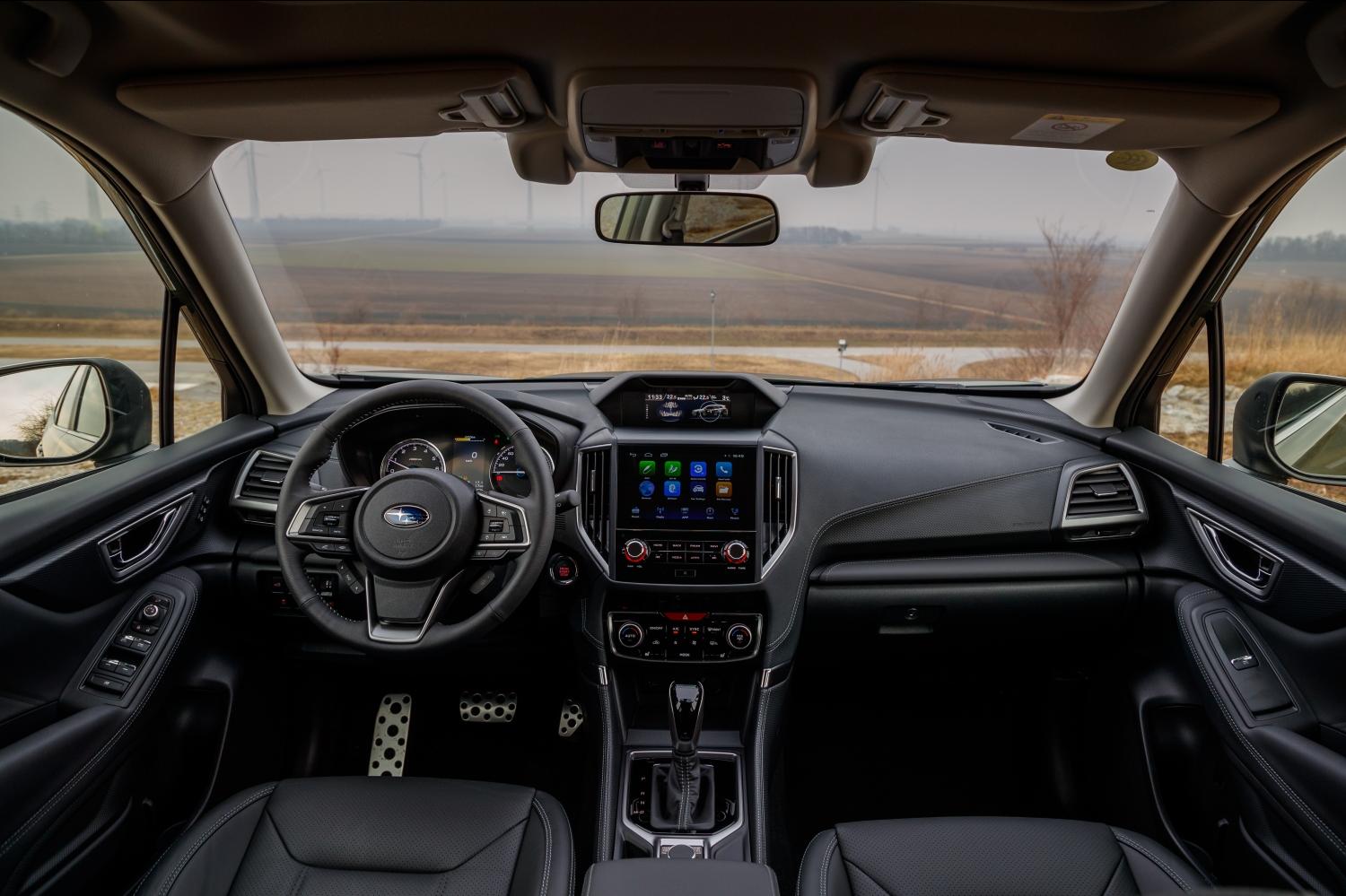 Its real USP is the space on offer, though. It feels massive inside whether you’re sat in the front or back, largely because of the increased wheelbase improving cabin and boot space. The rear doors have also been made wider to make it easier to get in the back seats.

Our high-specification XE Premium model came with all the bells and whistles you could require of a car. Exterior equipment includes automatic LED headlights, automatic rain-sensing wipers, 18-inch alloy wheels, and a sunroof. Inside, there’s plenty of leather, heated seats and steering wheel, dual-zone climate control, and an eight-inch infotainment system with satellite navigation. 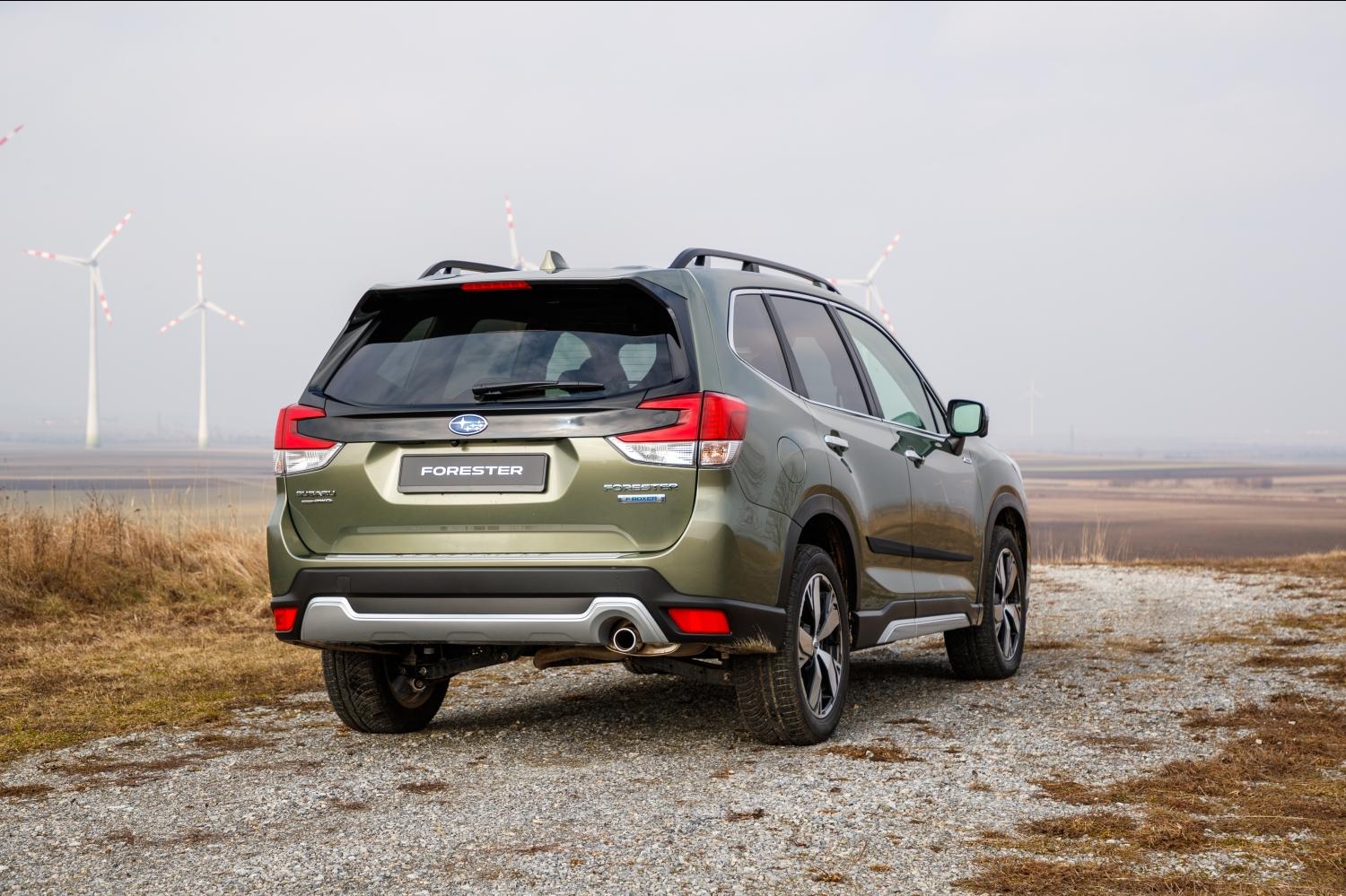 The Subaru Forester e-Boxer is a tough one to deliver a verdict on. On the one hand, it’s very likeable, offering a comfortable driving experience, plenty of space and loads of on-board equipment, especially in our highly specified test car.

However, it’s hard to ignore that largely pointless integration of electrification, which barely improves fuel economy and doesn’t push the Forester into a low tax bracket. There are rivals that do and therefore make a better case for themselves, but if you need something rugged and practical with some off-road capability, the Forester makes a compelling case for itself.