Court hearings linked to the murder of journalist Daphne Caruana Galizia continued after a recess sparked by the pandemic. Ivan Martin goes through the main revelations.

It was another gruelling week in court for self-confessed murder middleman Melvin Theuma who spent around 20 hours at the witness stand in three separate sittings, walking prosecutors and lawyers through reams of transcripts from recordings he took of alleged murder conspirator Yorgen Fenech.

This is what we learnt:

Theuma said he had advanced knowledge of his planned arrest through Fenech who was being tipped off by OPM chief of staff Keith Schembri and former deputy police commissioner Silvio Valletta.

The middleman was arrested in November on the back of a money-laundering operation built by police to get their hands on evidence linked to the murder of the journalist.

Speaking in court, Theuma detailed how Fenech and his associate, Johann Cremona, had promised to forewarn him about places which were to be searched by police in a raid.

Theuma had asked Fenech to speak to the “man from Luqa” when he learned of the arrest. That man has since been identified as former police commissioner Lawrence Cutajar.

A close associate of Theuma’s, Edwin Brincat, known as il-Ġojja, had met the then-police chief to help settle a police fine. Cutajar allegedly asked Brincat whether he knew of the secret murder recordings Theuma had been taking. Theuma, however, insists that he never spoke to Cutajar.

Theuma had even asked Fenech to talk to il-kbir ta’ Ħal Luqa (the hotshot from Luqa) to try to keep his partner and her daughter out of the arrests.

Fenech and Cremona had also allegedly assured him that after the raid, he would only be subject to questioning and then be let off.

Theuma said he practically begged Fenech to help put off the raid until he could get his act in order. These messages were exchanged on the eve of the middleman’s arrest.

Theuma also says Fenech would tell him that deputy police chief Silvio Valletta would leak information about the investigation.

The words “God forbid he (Valletta) is removed” can be heard in one of the secret recordings.

If Labour retained power they would be OK. That was implied by that message

Times of Malta had exposed how Valletta had travelled abroad with Fenech after the businessman had already been identified as a lead suspect.

The court also heard how investigators had found other recordings taken by Theuma while they were searching through other devices.

Last week, Times of Malta reported that newly-discovered recordings raised concerns that former commissioner Cutajar may have tipped off Theuma about his arrest.

Lead inspector Keith Arnaud told the court, however, that these were only discovered after Theuma himself had indicated there may be more clips than those originally handed over.

The despair amid the fear

Reliving the months after the murder, Theuma told the court that he had spent months living in fear and had wanted to come clean about the murder.

Theuma told the court how he had once been unable to get through to Fenech as his phone was switched off.

In a fit of despair, Theuma had driven to the Auberge de Castille in the hope of bumping into Keith Schembri or one of his staff and telling them to get Fenech to switch his phone back on.

The former OPM chief of staff featured repeatedly in the week’s testimony. The middleman says he came to the conclusion that Fenech and Schembri were in cahoots and that they may have been plotting to kill him after the murder. But he maintains he has no first-hand knowledge that Schembri was involved in commissioning the murder.

The court also heard sections of text conversations between Fenech and Theuma.

In one conversation, the businessman warned Theuma to make sure that “everything is clean, not only on this case”.

Theuma says Fenech had been referring to pen drives and numbers in connection with Theuma’s illegal betting and not the murder.

He revealed how, at one point, Fenech had promised to hand over a phone to the Degiorgios while they were already in jail “since all phones there were tapped”. 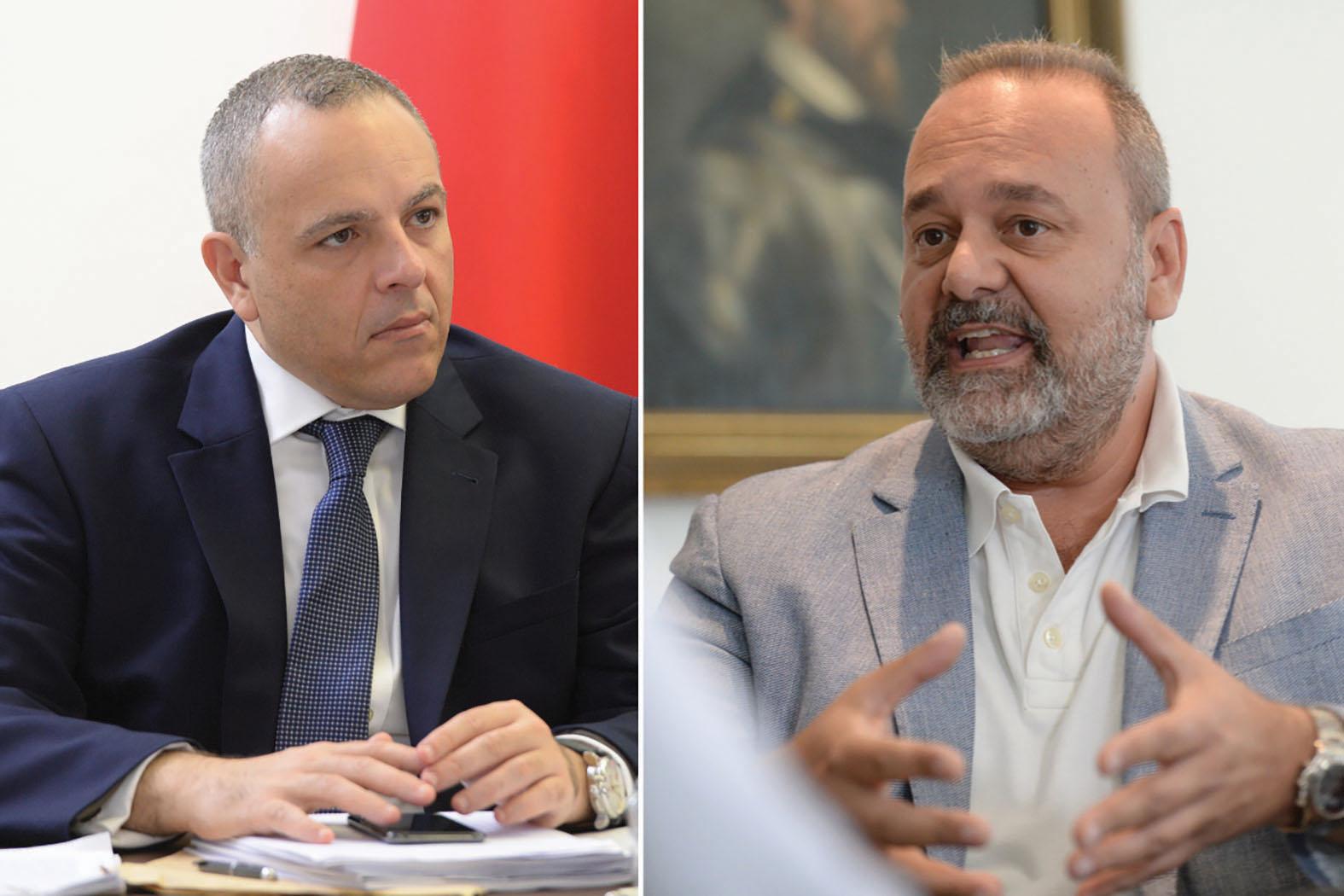 Another message sent by Fenech refers to a political survey which had shown the Labour Party ahead by 80,000 votes.

“If Labour retained power, they would be OK. That is what was implied by that message,” Theuma explained.

Theuma told the court that when he had first heard of former Economy Minister Chris Cardona’s possible link to the murder, he was surprised but relieved.

Theuma told the court he had been told by Fenech that the deputy leader of the Labour Party had allegedly paid the Degiorgios to have the journalist murdered.

In one sitting Theuma testifies that Fenech had sent him a message to reach out to a group known as tal-Maksar.

Brothers Robert and Adrian Agius, known as tal-Maksar, were among those arrested in December 2017, but never charged. They are believed to have procured the bomb that killed Caruana Galizia.

In one recording, Theuma turns to Fenech and suggests speaking to then prime minister Joseph Muscat about securing the Degiorgio brothers’ bail.

Fenech, however, is heard replying: “that’s the biggest mistake I can make”.

The court case will resume on Monday with a number of witnesses to be summoned in the coming days, including Schembri, former OPM official Kenneth Camilleri, Fenech’s business associate Johann Cremona and Adrian Vella, the doctor who had allegedly passed on a note from Schembri. The Caruana Galizia public inquiry will also convene three times in the coming week.