Caterham’s line-up has expanded in recent years, with variations of its iconic Seven appearing thick and fast. There are supercharged cars, turbocharged cars and cars which follow a familiar formula, like this – the 420R. Utilising a Ford-sourced engine and featuring a track-focused equipment package, it has been created for those who like to inject a bit of motorsport pedigree into their road car. 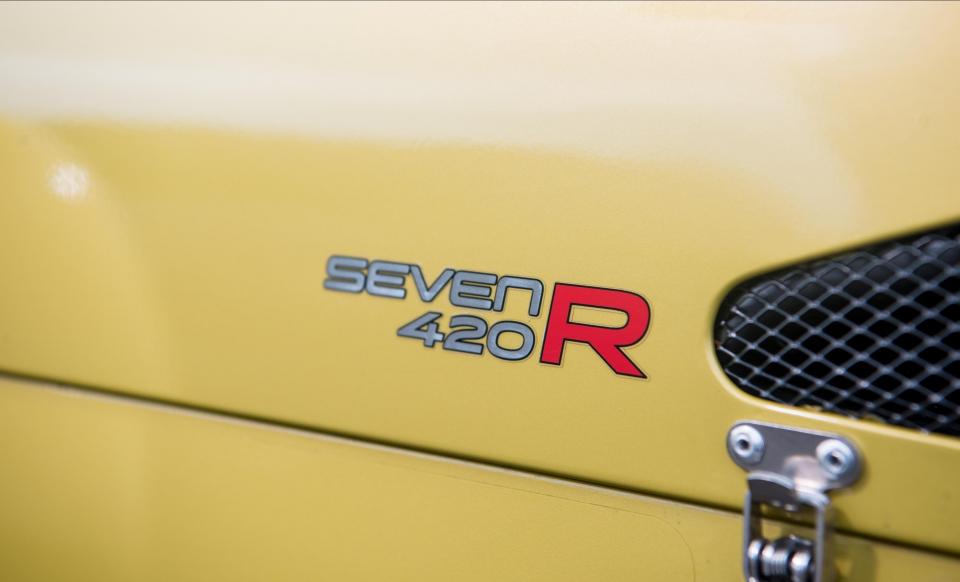 But does it still succeed out on the public roads, or is it too sharp and too much of a handful?

Believe it or not, despite its classic styling there’s quite a lot of new features on the 420R. It’s now got LED headlights – a big bonus for Caterhams – as well as new backlit dials and even a heated windscreen. It may not be cutting-edge tech by modern car standards, but for the Seven it’s big news indeed. 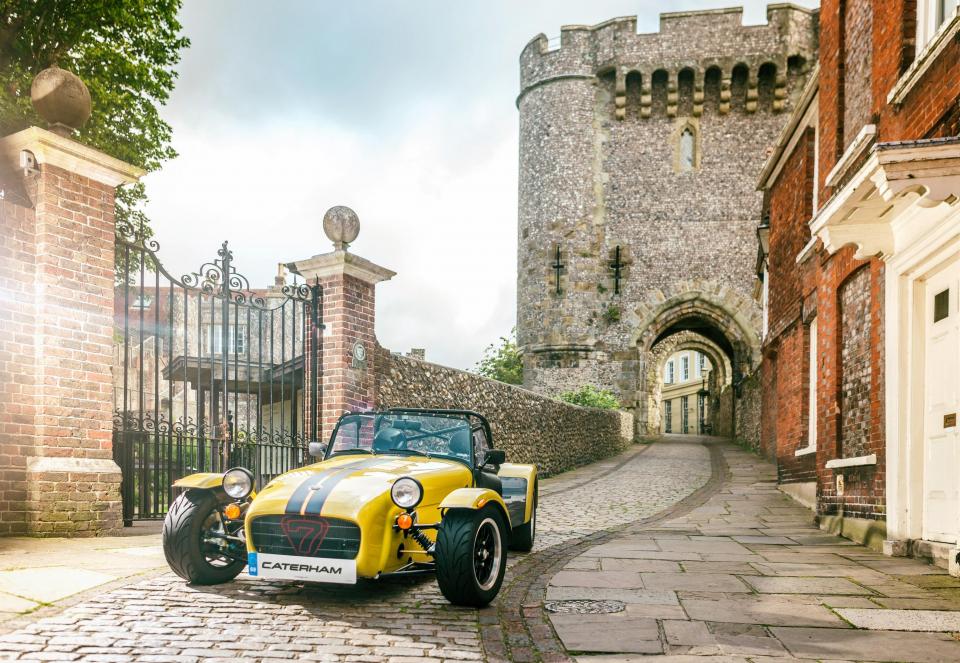 But, of course, the main point of a Caterham is to be driven. It’s why, in this R-spec car, you get a limited-slip differential, uprated suspension and a lightweight flywheel. You even get composite race seats and a four-point harness. It’s a serious bit of kit, this, so you can forgive it for not having the latest in comfort-related technology.

The 420 is the entry point into 2.0-litre engine-powered Sevens, with those underneath utilising a 1.6-litre instead. Here, you get 210bhp from a Ford-sourced four-cylinder engine, driving the rear wheels through a five-speed manual gearbox. Weight comes in at just 585kg, and Caterham quotes 375bhp-per-tonne. 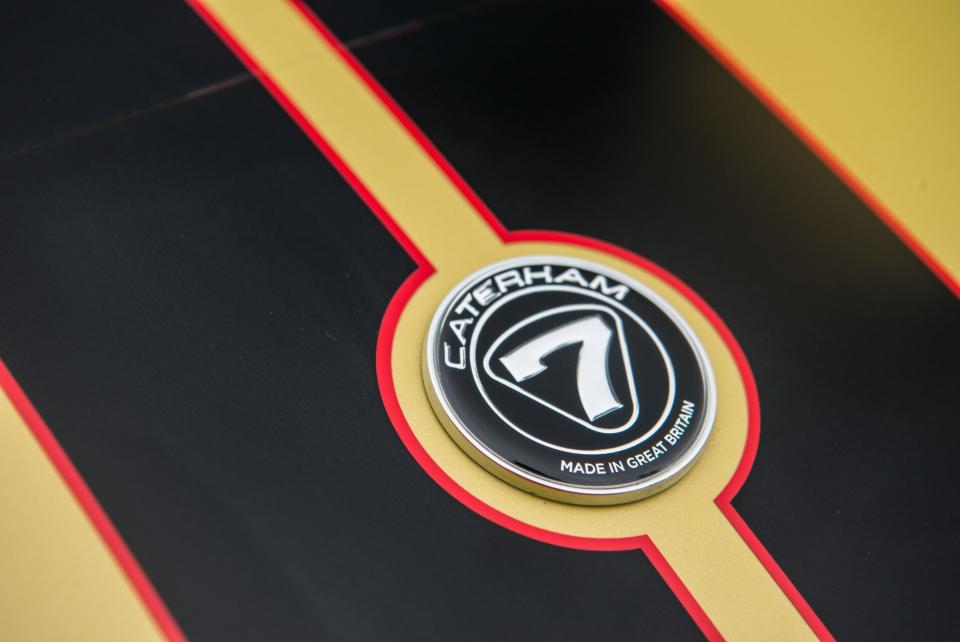 It means that the 420R will go from 0-60mph (0-97km/h) in just 3.8 seconds before hitting a top speed of 136mph (219km/h). It’s performance that will scare off most sports cars, and even give some supercars a run for their money. You also get coil spring suspension with Bilstein sport dampers up front and a semi-independent suspension setup at the rear. In addition, sticky Avon ZZS tyres help give the Caterham even more grip.

Driving the 420R is a mixture of the rudimentary and the sublime. Get out of a modern car – even a run-of-the-mill hatchback and into the 420R and it’s like jumping time periods. The steering is heavy and unassisted, the clutch is snappy when cold and the gearbox has the strong, mechanical feel that you just don’t get today. Around town it’s a challenge to drive, that’s for sure. 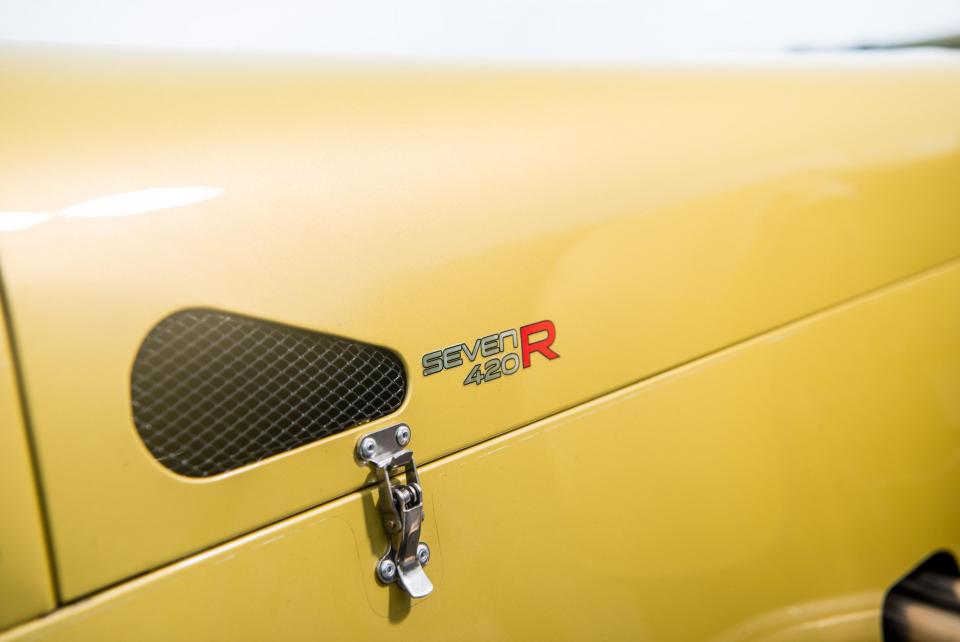 But increase the speed and things clear pretty quickly. The Ford-sourced engine just loves to be revved out – you get the best of it towards the top of the rev range – while the perfectly spaced pedals make heel and toe gearchanges a breeze. Then there’s the grip, which in the dry is available in spades. It’s in the wet where the Caterham becomes a bit more of a handful, where the Avon tyres and plentiful power mean that the rear wheels can quickly be overcome with the slightest amount of throttle.

The Caterham Seven still looks like nothing else on the road today. Park it near a modern supercar, and it’s likely that people will naturally be drawn towards the dinky two-seater instead. The LED headlights have helped to sharpen things up a bit, and they’re not only better to look at but a lot more effective at night – the standard halogens found on the Seven simply don’t do enough to light up the night in front of you.

The 420R’s styling is more aggressive than other Caterham models, that’s for sure, but it’s still recognisable.

It’s worth mentioning that our test 420R came in large body specification, which means that there’s a good amount more room in the cabin than you’d find in a standard Caterham Seven. It opens up the car to those taller drivers for whom a Seven may have been too uncomfortable to drive, as well as those people who find the regular cabin too constrictive. 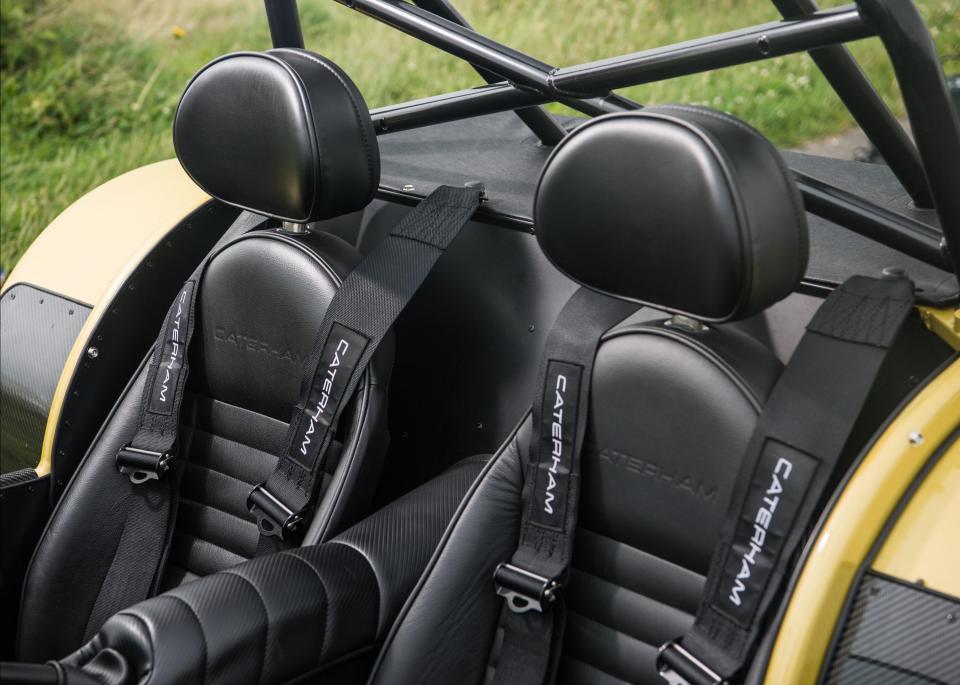 The sport seats are impressively comfortable and there’s a great sense of snugness when you’re sat in the cabin. The heaters are surprisingly effective too and though the roof is rudimentary in its construction, it does a good job at keeping the worst of the weather out – though we’d always argue that the Seven is best driven with the roof off unless absolutely necessary.

It’ll come as no surprise that the 420R isn’t bristling with technology nor laden with screens and displays. It’s a great antidote to how complex modern cars are, mind you, and the bare-bones experience that you get with a Caterham is one that few other manufacturers can match.

There is the option to fit heated seats – our test car didn’t come with them, however – so this is an extra which could help to lift the comfort levels inside the Seven, should you want it.

The Caterham 420R is arguably one of the sweetest points of the entire lineup. It features a sharp edge that only Sevens fitted with the 2.0-litre engine get, without bringing the lunacy associated with the supercharged 620R range-topper.

Yes, it may not be to everyone’s tastes, but for those who want to get out and experience just how a car should handle, then the 420R is hard to beat. Throw in those optional heated seats and you could have a car which will put a smile on your face in all weathers.