A Bill to legalise cremation and introduce the first crematorium for humans in Malta is expected to be presented in Parliament at the beginning of next year. Eddie Attard gives some background on the subject and the trial that led to the legalisation of the practice in the UK.

Although cremation was illegal in Malta at the time, in June 1835 a woman’s body was burned in St George’s Bay, St Julian’s. The body had been washed ashore and a post-mortem examination revealed no marks of violence on it. 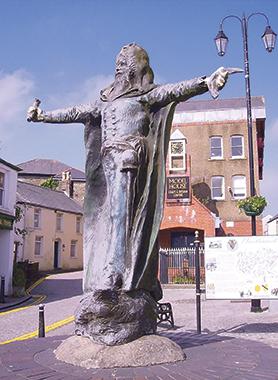 At that time, cholera had reached Marseille, with which Malta had frequent connections. Fearing that the woman had died on a ship and was thrown overboard, the health authorities were anxious to dispose of the body as quickly as possible in case it was a carrier of the cholera infection. For this reason, the health department instructed that the body be burned on the spot.

The practice of cremation dates back to ancient times, but after Christianity was introduced, cremation in Christian countries was stopped because it was seen as a sacrilegious act towards Christians and God. However, in 1963 Pope Paul VI lifted the ban on cremation.

In England and Wales, burial took place principally in churchyards until the late 19th century when advocates of cremation founded the Cremation Society of Great Britain with the aim of constructing the first crematorium. This first Act of Parliament concerning cremation in the UK was the Cardiff Corporation Act of 1894, a piece of legalisation which came about following the eccentric activities of Dr William Price.

Price was born in Rudry, about 10 miles from Cardiff, UK, on March 4, 1800. He set up his medi­cal practice at Craig yr Helfa in Glyntaff, where he remained for seven years.

In 1879, a 19-year-old woman named Gwenllian Llewellyn moved into Price’s cottage at Llantrisant as his common-law wife, and in December 1883 she gave birth to  her first son. Price publicly an­nounced that he had named the child Jesus Christ Price. However, after a few weeks the boy developed convulsions and died.

On the evening of Sunday, January 13, 1884, the villagers of Llantrisant were startled to see flames coming from the top of a hill named Caerlan that the doctor owned. When some villagers and two policemen ran to the spot they found Price in front an oil drum in the blaze, chanting loudly in different languages with his arms spread.

Believing it was wrong to bury a corpse as it would pollute the earth, Price had decided to cremate his son’s body, an act that at the time was taboo. The corpse was re­mov­ed from the fire by an angry mob and Price was arrested.

The following Tuesday the local coroner held an inquest and his verdict was that the child had died of natural causes.

Eventually, Price was indicted on three counts: (1) That on January 13 he had unlawfully, wilfully and indecently attempted to cremate the body of his deceased infant male child, and that he had caused indignities to the remains of the body; (2) that by such conduct he had caused a public nuisance and (3) that he had attempted to dispose of the child’s body when the coroner intended to hold an inquest upon it, without first giving notice to the coroner.

Price’s trial began on February 16, 1884, at the Glamorgan Assizes at Cardiff, presided over by Mr Justice Stephen. Price conducted his own the defence, and the court gave him permission to stay in the well of the court, instead of the dock. When the judge remarked that there were points of law involved in the case and that it would be wiser if the defendant was assisted by a lawyer, Price replied: “I am content to place myself in your hands.”

In 1963, Pope Paul VI lifted the ban on cremation

The prosecution was conducted by G.B. Hughes, assisted by Francis Williams. Hughes submitted that even if not done so as to cause a nuisance, cremation itself was illegal in England, citing a court decision. In the case R v Varm, it was contended that burial was the expression that had always been used in law and that this mode of dealing with the body was the only one the law ever contemplated.

With regard to the case R v Varm, the judge had said that the question before that court was whether Varm was to be forced to incur a debt to bury a child, and Lord Stowell had held that he was not. According to Mr Justice Williams, Lord Stowell had said “buried” simply because the whole question of cremation had not entered his mind. 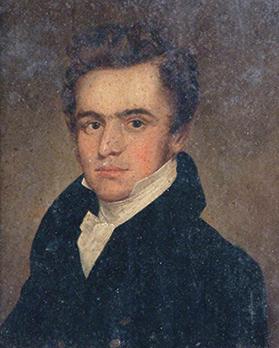 Portrait of William Price in his youth.

Mr Justice Williams then told the prosecution that he had discussed the law on this point with Lord Justice Fry, who had agreed that the act of cremation was not a crime, but if the body was burned in a manner that gave or was likely to give offence to any people gathered where they had a right to be at the time then the act might be a common nuisance. It was also said that Lord Justice Fry did not see that burning, if done de­cently, was more horrible than burying.

Price called just two witnesses for the defence – his servant Emanuel John, and a local surveyor who established that the distance from the nearest public place to the site of the cremation was 387 yards of land that he owned.

The jury returned after three hours to announce themselves unable to agree, with no prospect of agreeing about a verdict.

The judge discharged them and asked the prosecution whether the Crown intended to proceed further.

The trial continued with a new jury but this time Price was charged with disposing of a body without the holding of the coroner’s inquest. In his final speech, Price said: “When I die, if I cannot get someone to burn my body, then by God I shall somehow contrive to come back and burn myself!”

This time the jury reached a not guilty verdict and Price was set free.

On January 23, 1893, after a week’s illness, Price passed away. A week later, a group of people formed the congregation of the first officially authorised and sanctioned public cremation ceremony in Britain.