As an avid daily reader of the Times of Malta’s editorials, I could not ignore the editor’s request for me to explain in greater detail what the Guardian for Future Generations had in mind when he made a reference to the uniform housing in Prague, Vienna, Corfu and in other European towns. 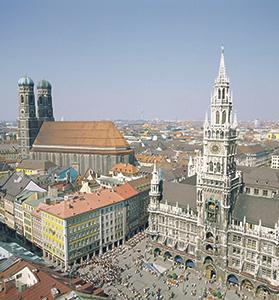 The guardian had no intention of touching any raw nerve but merely made a suggestion for a type of town planning we all enjoyed in our youth such as the uniform lovely two-storey buildings complete with bay windows that had graced Sliema’s Tower Road a few decades ago.

The guardian also had no intention to suggest the type of boring housing commonly seen in East European towns. Instead, he had in mind beautiful uniform buildings similar to the ones in Munich’s square (above) but perhaps having a slightly more Mediterranean look.

In the guardian’s opinion, non-descript streets of hotchpotch planning, the result of artistic flamboyance favoured by that respected and eminent engineer president of the Chamber of Architects and Civil Engineers, Alex Torpiano, have stood out in ugliness like a sore thumb. That definitely has not worked.

It is one thing for an artist to use all his artistic genius in mixing clashing colours and lines and producing a colourful abstract display in a painting he will hang on his wall. It is another story when planning a street where buildings should be uniform in height, in colour and in appearance.

To sum up what the guardian had suggested was quite simply the production of a template by the Planning Authority that will be used strictly by everyone building a new block in a particular street. This will give a certain amount of uniformity even though the buildings may belong to different owners.

A different template may be used for buildings in another street.

In this way, we will, in time, have a country that will vie in looks with other European cities. An island that will make all of us proud to be Maltese.

I trust that I have explained fully the guardian’s proposal.