Almost 300 cases of abuse against the elderly have been reported to the police so far this year, according to official statistics that show an overall increase in crimes targeting older victims over the last five years.

A look at the figures, provided by police, shows that this year, as with previous years, elderly people were most vulnerable to financial and especially psychological abuse.

This comes as no surprise to Nora Macelli, from the St Jeanne Antide Foundation – that supports people living in poverty – since for years the foundation has been helping vulnerable elderly people deal with the web of situations that render them very vulnerable to abuse.

“We see a lot of abuse of the elderly. We also come across living conditions that have deteriorated to such an extent that the elderly person is living in an unsafe place, which is of risk to self and neighbours.

"This is a serious and hidden problem and no one talks about it. They don’t need to be poor but because of their frailty, helplessness, inability to manage their affairs and routines of daily living they become prone to financial abuse and slide into poverty,” she says.

Until August 31 this year a total of 281 cases have been reported to police. The majority, 111 cases, concerned domestic violence (64 of which were of psychological abuse), followed by 95 reported cases of fraud, 55 cases of bodily harm (mostly slight) and 20 case of theft.

On Wednesday, the appeal court confirmed a five-and-a-half year jail term for a woman found guilty of the neglect of two elderly British men who died in her Buġibba apartment in 2016 where she was meant to be caring for them.

Dragana Mijalkovic was the subject of a criminal investigation when 78-year-old Neville Ayers was found dead inside her flat, merely months after another man, 67-year-old David Grant, had been discovered dead under similar circumstances, both men bearing visible signs of neglect.

‘My daughter-in-law beat and abused me’

Elderly abuse is a hidden problem that results in old, vulnerable people living in fear and poverty. All too often, they are likely to remain in this situation until someone speaks up for them – as happened in these two cases – where names have been changed to protect identities.

Ten years ago, Josephine went shopping and returned home to find that her son had decided to move into her home with his family – and started gutting the apartment without telling her.

300 cases of abuse reported to police this year

She knew he was facing financial problems so she accepted the situation – that dragged on for 10 years and soon started spiralling out of control: Her son and his wife threw out all her belongings and replaced them with theirs, they took her bedroom and moved her into a smaller room, they imposed a set of rules she had to follow.

Josephine had to give them half her pension. She also had to leave the house at 8am and could not return home before 8pm, come rain or shine.

“I would go to Mass then walk around the area or meet friends. If I returned early, she [the daughter-in-law] would start shouting and not let me in,” recalls Josephine, who is now 75.

“My son’s wife used to threaten and insult me. She called me a whore and told me I’d end up in the cemetery and that nothing here was mine – even though I had been living there for over 40 years,” she said.

Josephine had raised her two children, a son and a daughter, alone after her husband left years back. The family were united until the children grew up and got married – and her son started experiencing financial problems and asked to move in with her.

Josephine’s daughter, Jane, knew this would not be a good idea but did not want to interfere.

Years passed and, one day, Jane was talking to one of her mother’s neighbours who told her to keep an eye on her mother. “I didn’t know what he was talking about since, in my mind, she was being taken care of by my brother… By time, I started realising that it felt as though my mother wanted to tell me something but couldn’t bring herself to,” said Jane.

Then, one day, a neighbour heard Josephine screaming and called the police.

“That day she [the daughter-in-law] beat me while I was in the bathroom because I had told her I couldn’t continue living this way,” Josephine said.

Social workers and the police were brought in and the case eventually ended up in court – where the daughter-in-law was put on probation for a year for threatening Josephine and causing her to fear her.

For several months after the police report was filed, Josephine continued living with her abuser, until she could no longer take it and moved to a residential home.

When Jane realised what her mother had been through, she was shattered.

“The first time she came to my house on Sunday, while living at the residential home, I prepared vegetable soup. She said she had not eaten such a meal in years,” Jane recalled, adding that over the years her brother had limited her contact with her mother.

About a year ago, Josephine went back into her home – after her son and his wife and two children moved out. When she stepped inside, she found it all trashed: they had taken most of the furniture, removed the doors and light bulbs, torn her clothes, taken her jewellery and wrote insults on the walls.

They left some €4,000 in utility and rent bills which Josephine is now paying in instalments from her pension.

Josephine explains that she stayed in the situation for so long because she didn’t want to cause problems between her family.

“I knew this was not right. I didn’t want my daughter to worry, so I kept quiet.

“Today my son doesn’t talk to me. Sometimes I walk past his place of work to see him. He will always remain my son,” she says. 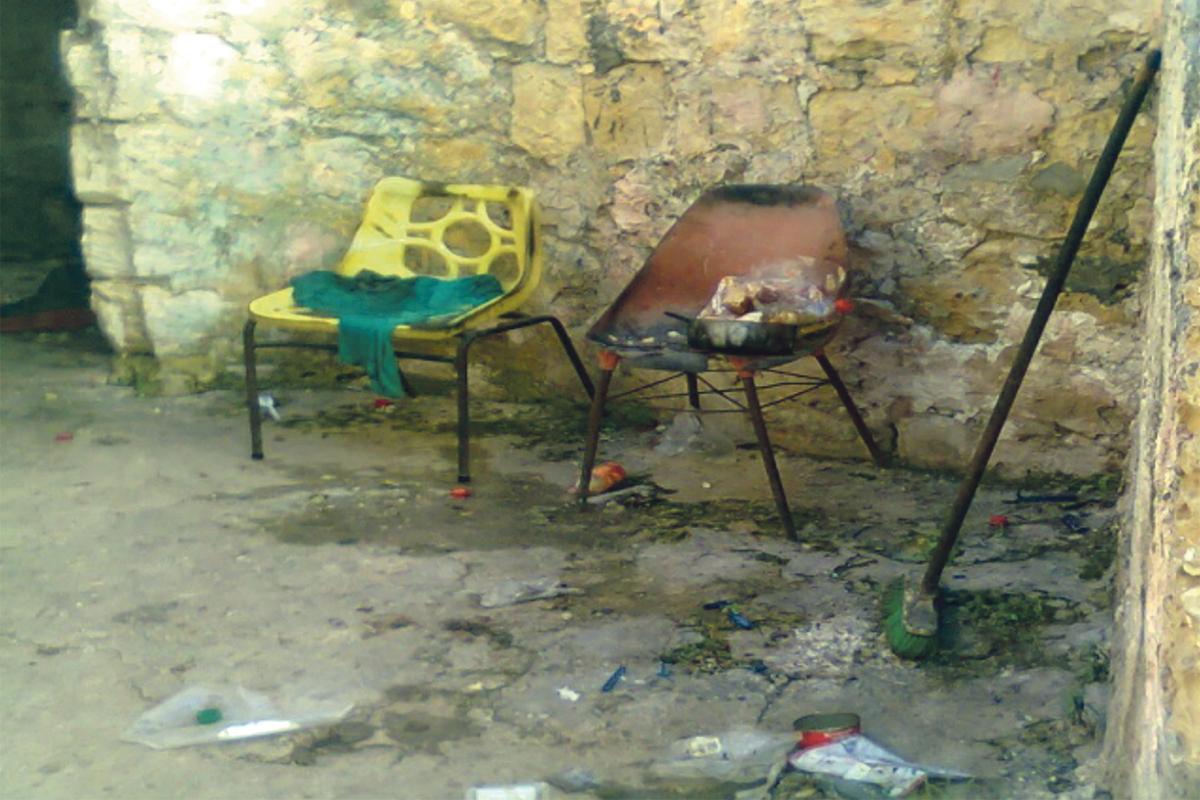 When Gianna fell off the grid

When social workers walked into Gianna’s house for the first time, the floor was covered in white powder and, as they stepped further into the house, they felt it crunch beneath their shoes.

That’s when they realised that the powder was years of accumulated tablets which Gianna, in her early 70s, had dropped, walked over and never cleaned up.

Gianna was an alcoholic with a mental health condition and problems with her eyesight.

As social workers made their way into the kitchen they cringed. 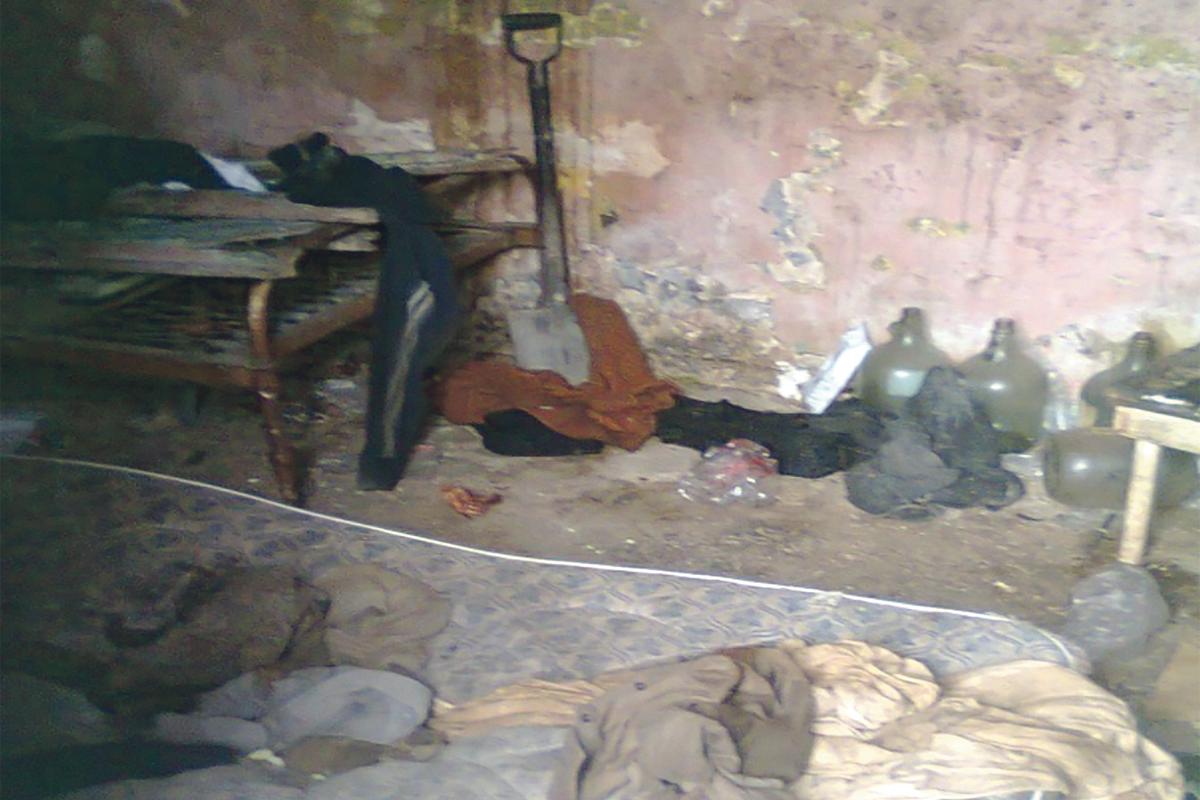 “The kitchen and countertop were covered in opened cans of peas and tuna. One of the rooms in the flat was burnt. The bedding was soiled and a complete disaster. Her clothes had not been washed in a long time. Here was a person living alone. In poverty. Surviving on canned food and not taking the medication she clearly needed,” said Nora Macelli, from the St Jeanne Antide Foundation that supports people living in poverty.

“When we asked her about her pension, she had no idea how much she received. We soon learnt she had signed a power of attorney agreement and her pension was being collected by a man who ran a nearby shop.”

Gianna had no one. Relatives had abandoned her. Social workers and members of the community joined forces to help. They cleaned her home, replaced furniture, painted the walls.

Here was a person living alone. In poverty. Surviving on canned food and not taking the medication she clearly needed

They reconnected her to the mental health and health system for both her mental illness and eye-sight problems. She was accompanied to see a psychiatrist and volunteers made sure she took her medication. They helped open a bank account and requested Social Security to deposit her pension in it rather than having it cashed by the shop owner. Parish Diaconia (service) volunteers started cooking a warm meal for her every day.

Gianna passed away a few years ago. The foundation organised her funeral and the foundation staff and parish volunteers who helped her were the only ones to attend.

“She fell off the grid. We have a lot of cases of elderly people who become frail and not so mobile and some one – a  relative or neighbour – takes control of their pension.  They end up in a Charles Dickens situation,” Ms Macelli said explaining that the foundation came across many people like Gianna. 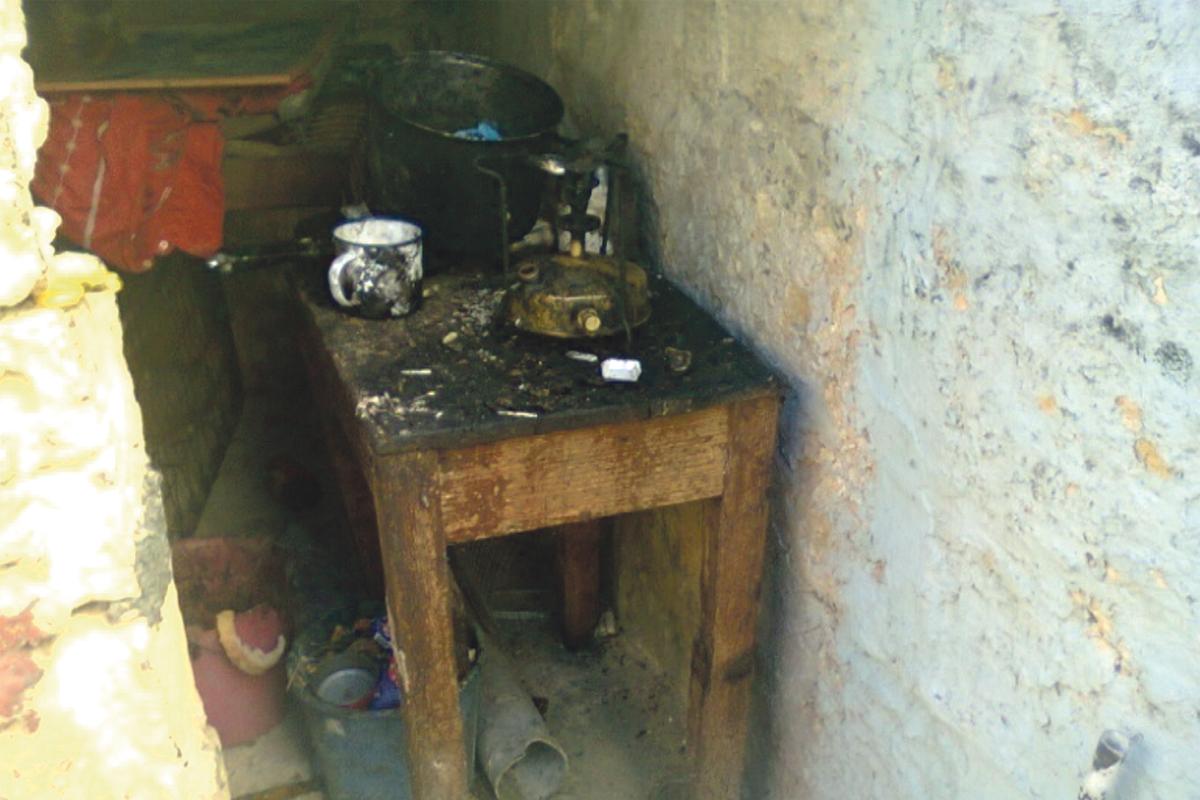