‘We must not put up with this’: Mikhail Gorbachev’s warning to world leaders not to depart from the spirit of cooperation that marked the USSR-US Malta summit 30 years ago today.

It was nicknamed ‘The Sea-Sick Summit’ because of the rough weather that day. 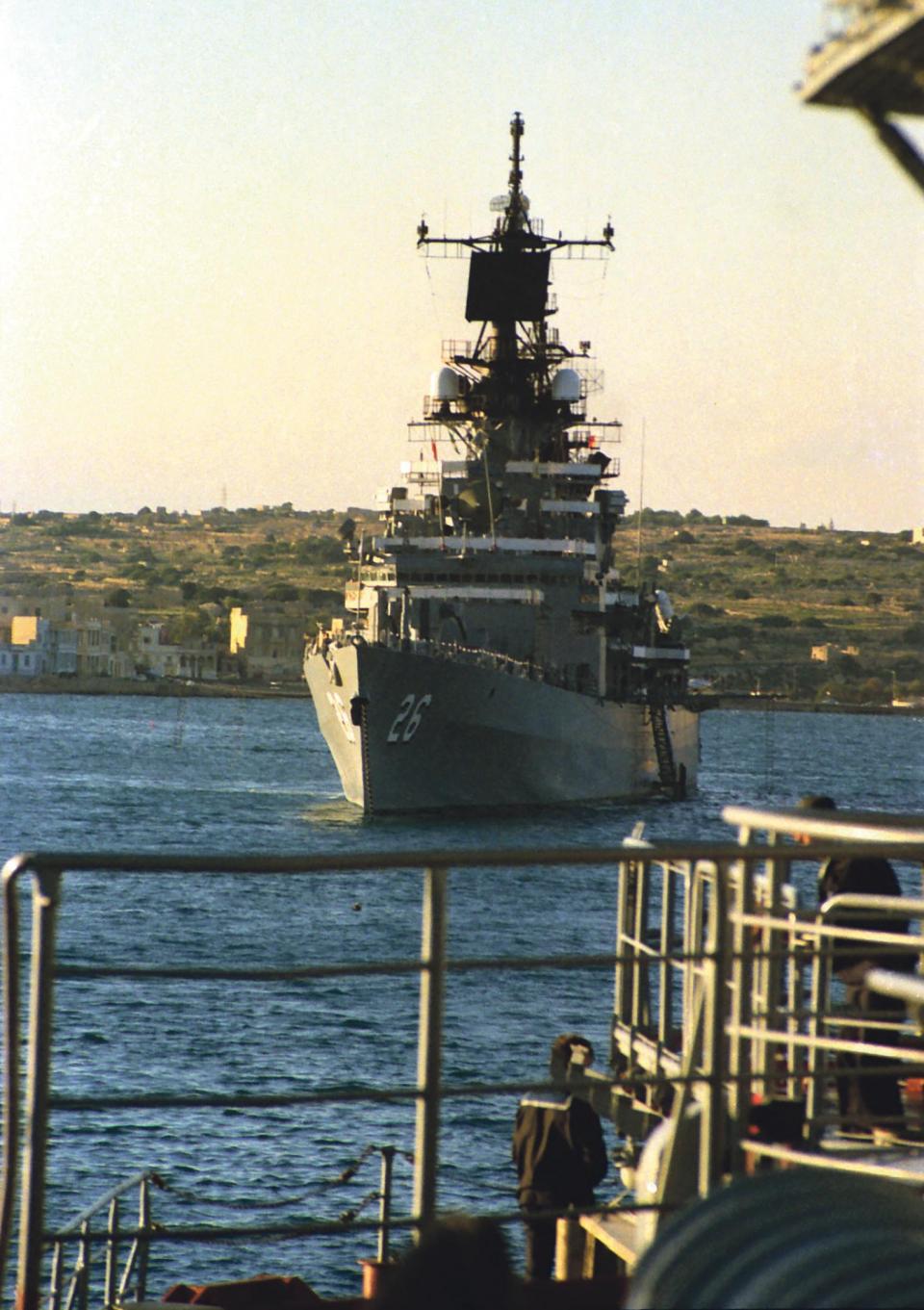 The US Navy ship docked in Birżebbuġa for the summit.

On December 2, 1989, Malta hosted one of the greatest peace-deals of the last century, when Soviet leader Mikhail Gorbachev met US President George Bush in Malta for the talks that eventually ended the Cold War.

“It’s true that the weather changed for the worse on the eve of the meeting – a storm broke out, and what a storm!” he told The Sunday Times of Malta ahead of the 30th anniversary of that momentous event.

“We therefore had to give up the idea, proposed by President Bush, of holding the talks on naval ships.

The Soviet ship and the US Navy ship were lying outside the harbour but we could not even board them because of high waves.

“The good thing was that the cruise liner Maxim Gorky was in port to serve as the Soviet delegation’s residence. So, we invited the President of the United States to that ship.”

Mr Gorbachev also remembers the intensity that surrounded the 48-hour meeting and the pressure both leaders were under to walk away with a positive outcome, which at times seemed almost impossible.

“Negotiating at the highest level, particularly at a time when the course of history sharply accelerates, is very complicated business, so one can ever be absolutely certain what will transpire and how it will end.

“For me and President Bush, it was very important to look each other in the eye, to clarify each other’s intentions and to evaluate the proposals that the two sides brought to the negotiating table.”

Mr Gorbachev told Mr Bush that the Soviet Union was ready not to regard the United States as an enemy, and to say so publicly. 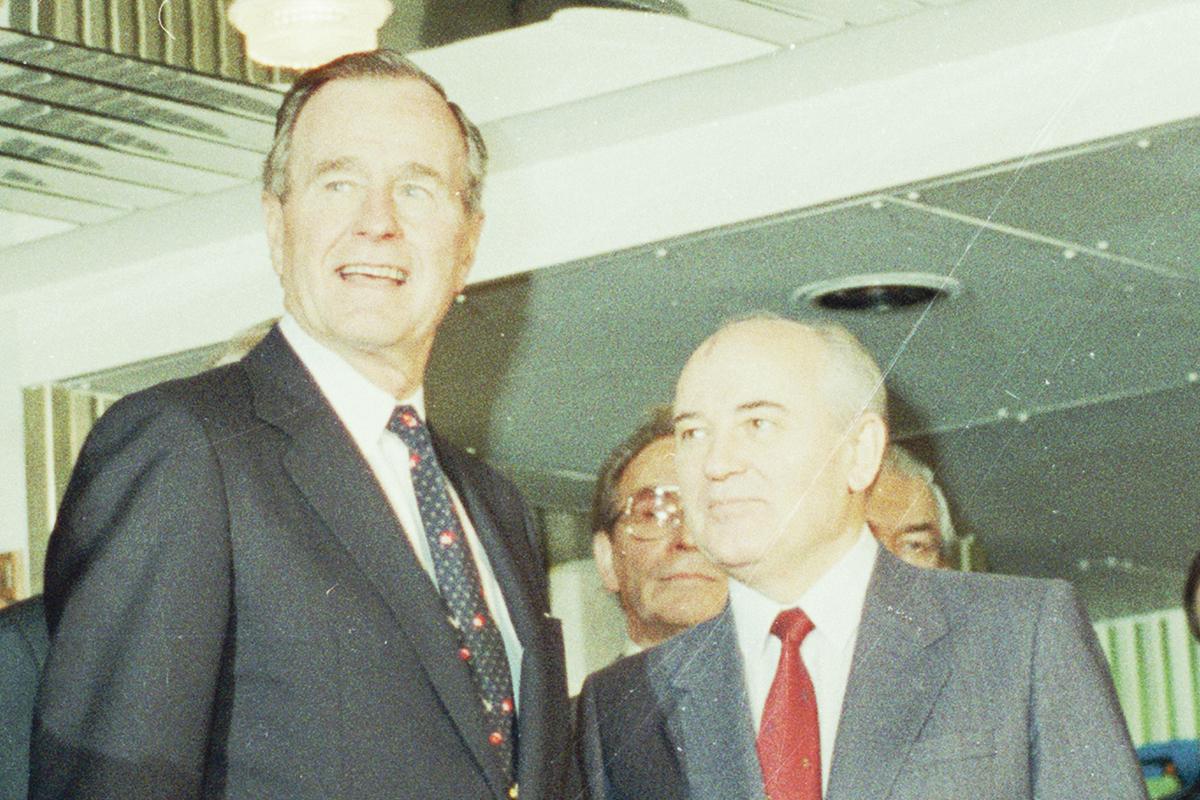 “In response, George Bush rose and held out his hand to me.”

The two days of intense discussions convinced the Soviets that the USSR and the United States were ready and willing to engage in cooperation. The events that followed, which severely tested their new relationship in Europe and in the Middle East, confirmed that the two nations were no longer enemies but partners, he said.

“The end of the Cold War was our common achievement. I believe that the generation of leaders that put an end to confrontation acted courageously and responsibly. There were so many obstacles and unexpected turns along the way, that it sometimes seemed that the process would go off the rails and confrontation would resume. But we had enough self-control and perseverance not to allow it to happen. And now we must not allow things to go downhill, towards a new Cold War.” 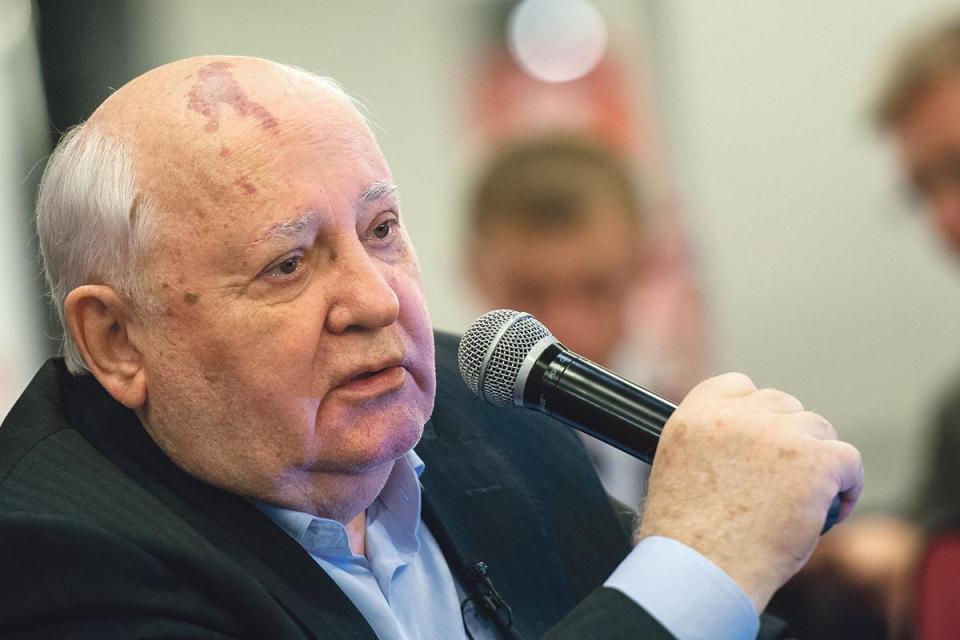 With that in mind, does the former president ever feel that some of his work to unite Europe has been undone, as countries such as Hungary erect walls to keep those coming from the East out of Europe?

“I am concerned about many things in the world today. After the end of the Cold War, the new generation of leaders failed to build a reliable security architecture, with a mechanism for preventing and resolving conflicts, particularly in Europe.

“We had started this work, but it was broken off after the dissolution of the Soviet Union. And then Western leaders succumbed to triumphalism and declared victory in the Cold War. But we had ended it by joint efforts, so it was a common victory.”

What was needed, he said, was to continue along the path of cooperation and build relations of partnership, as was promised in the Charter of Paris, signed by all European countries in 1990. 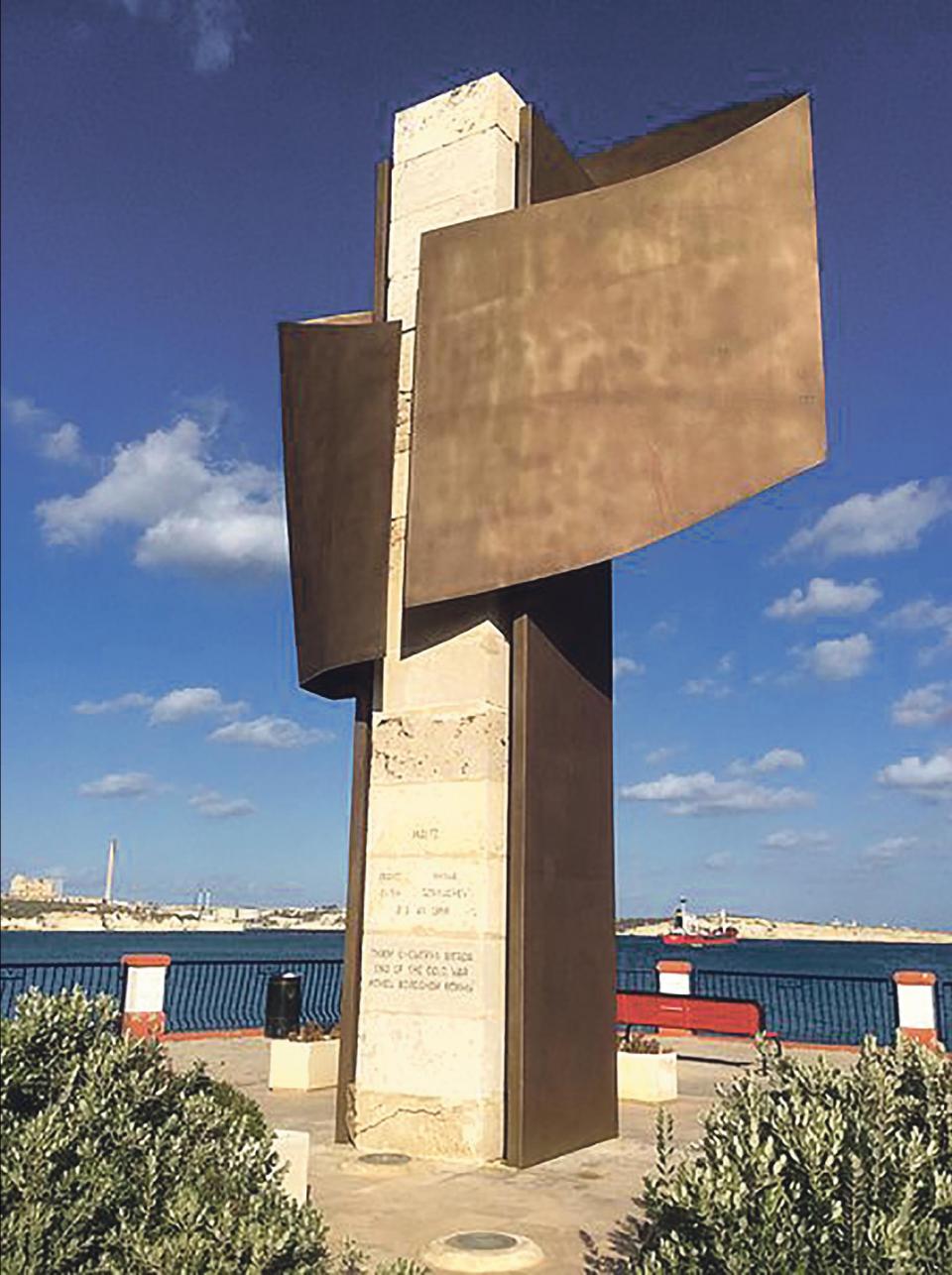 “I am sure that would have prevented the conflicts we are now witnessing in Europe – some of them smoldering, and some actually aflame. We must not put up with this.

“I therefore urge world leaders to resume cooperation in the spirit of Malta, in the spirit of the Paris Charter.” Mr Gorbachev, who is currently busy writing a book which will compile some of the most interesting letters he’s received over the years, says he still follows global developments closely.

“First of all, I think that none of us should feel nostalgic for the Cold War. We ended it and the world is better for it. Eighty-five per cent of the nuclear arsenals that existed at the height of the arms race have – by now – been destroyed.”

On the other hand, he said, the remaining weapons of mass destruction are still enough to destroy human civilisation. Instead of continued movement towards disarmament, the world is witnessing militarisation of international relations.  “This is cause for grave concern. So, every one of us should think what we can do to preserve peace and to move towards a world without nuclear weapons, without violence.”

Unlike his wife – who was taken on a tour of heritage sites such as St John’s Co-Cathedral while the couple were here – Mr Gorbachev didn’t see much of Malta: “I had a meeting and a brief talk with the Prime Minister, however, because of the very full schedule of two-day talks, I didn’t have a chance to really see the island.

“But I am grateful to Malta, and I think the world should be grateful to it, for it was there that the final line was drawn under the Cold War.” 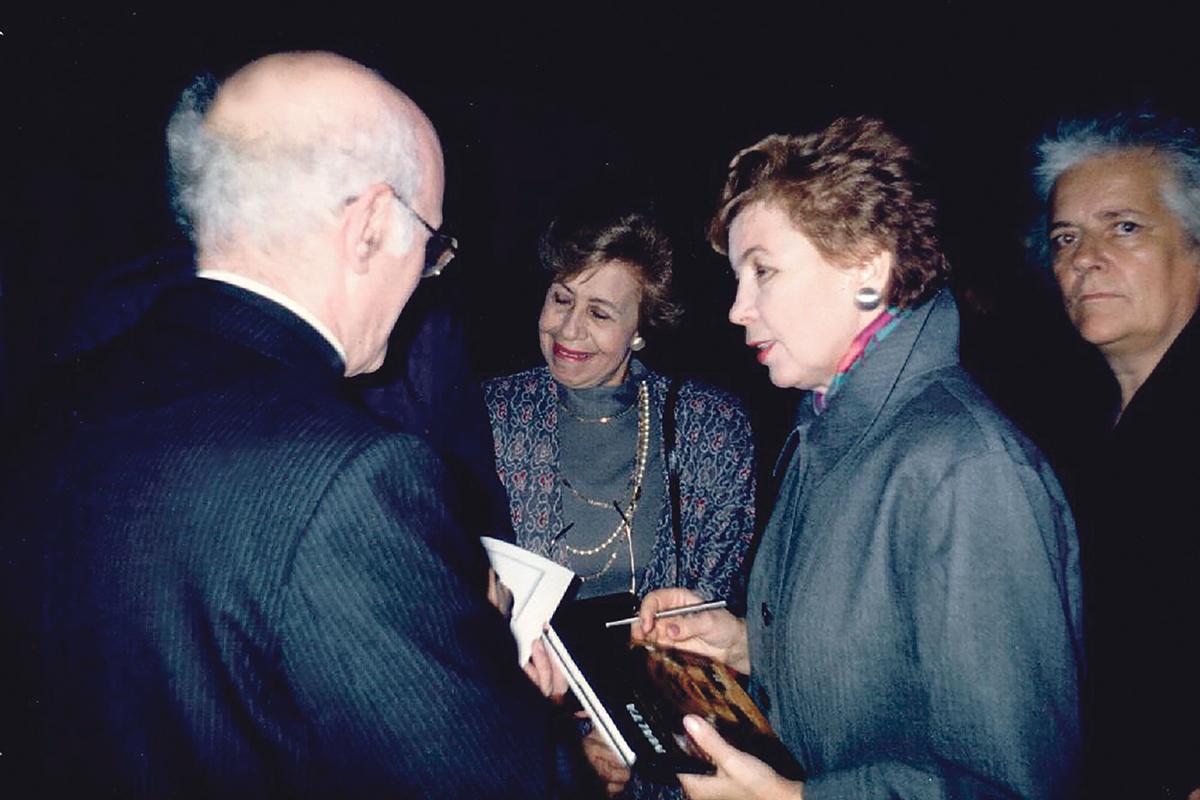 Raisa Gorbachev was taken on a tour of heritage sites such as St John’s Co-Cathedral. On the right is Mary Fenech Adami. 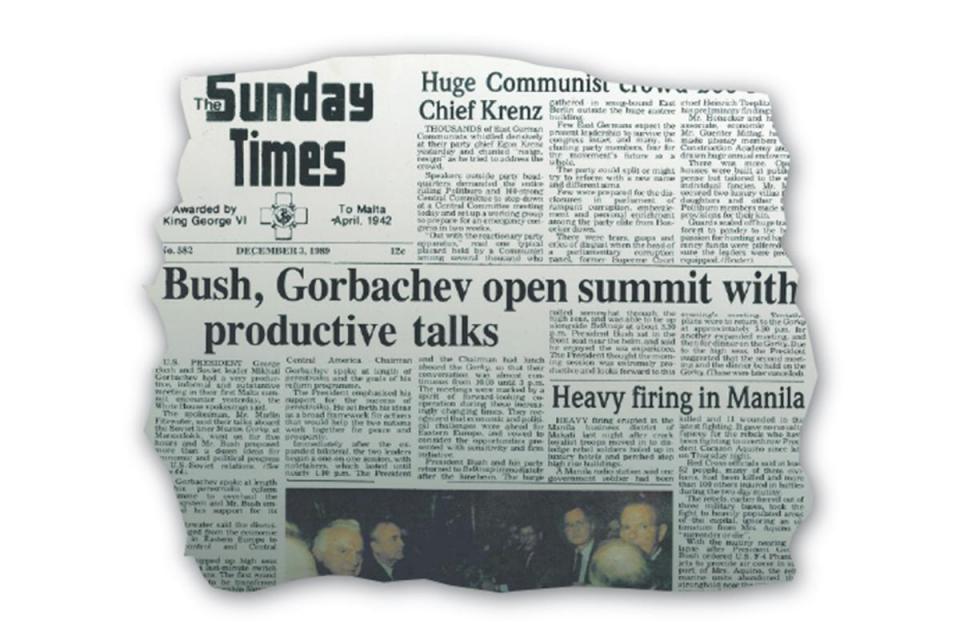 The Malta Summit was a meeting between US President George H. W. Bush and Soviet General Secretary Mikhail Gorbachev,and took place on December 2–3, 1989, just a few weeks after the fall of the Berlin Wall.

It was the leaders’ second meeting following a meeting that included Ronald Reagan, in New York in December 1988.

During the summit, Mr Bush and Mr Gorbachev declared an end to the Cold War.

News reports of the time referred to the Malta Summit as the most important since 1945, when British prime minister Winston Churchill, Soviet Premier Joseph Stalin and US President Franklin D. Roosevelt agreed on a post-war plan for Europe at the Yalta Conference.