Guess what the world's most popular, and worst passwords were last year?

Really, you do not need to guess. Nor do you need to be a hacker.

They are '123456' and 'password', and that was the case in previous years as well, SplashData, a firm that lists the most popular passwords every year has reported.

It noted that most of these passwords were used in North America and Western Europe.

Morgan Slain, the CEO of SplashData, said in comments to the World Economic Forum website: “Unfortunately, while the newest episode may be a fantastic addition to the Star Wars franchise, ‘starwars’ is a dangerous password to use. Hackers are using common terms from pop culture and sports to break into accounts online because they know many people are using those easy-to-remember words.”

The risk of using such weak passwords should not be taken lightly. The World Economic Forum lists cyber attacks as the third most pressing threat of our time.

The survey showed that although people may believe that cyber security is important, they still reuse the same password for multiple logins. 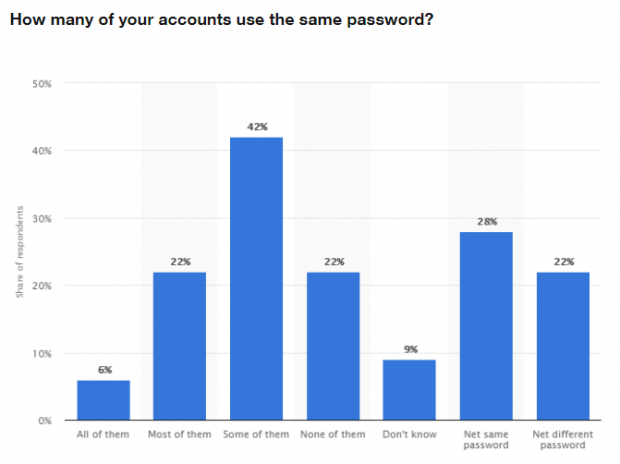