Though the incredible rise of the crossover has seen vast swathes of the country opt for higher-riding models, it’s fair to say that the humble saloon remains a great fit for many people.

It’s why so many manufacturers see them as their ‘core’ models and ensure that they’re kept as up to date as possible. Because of this, there are plenty to choose from in the new car market, but how to pick between them? We’ve selected some of the star performers of 2020. 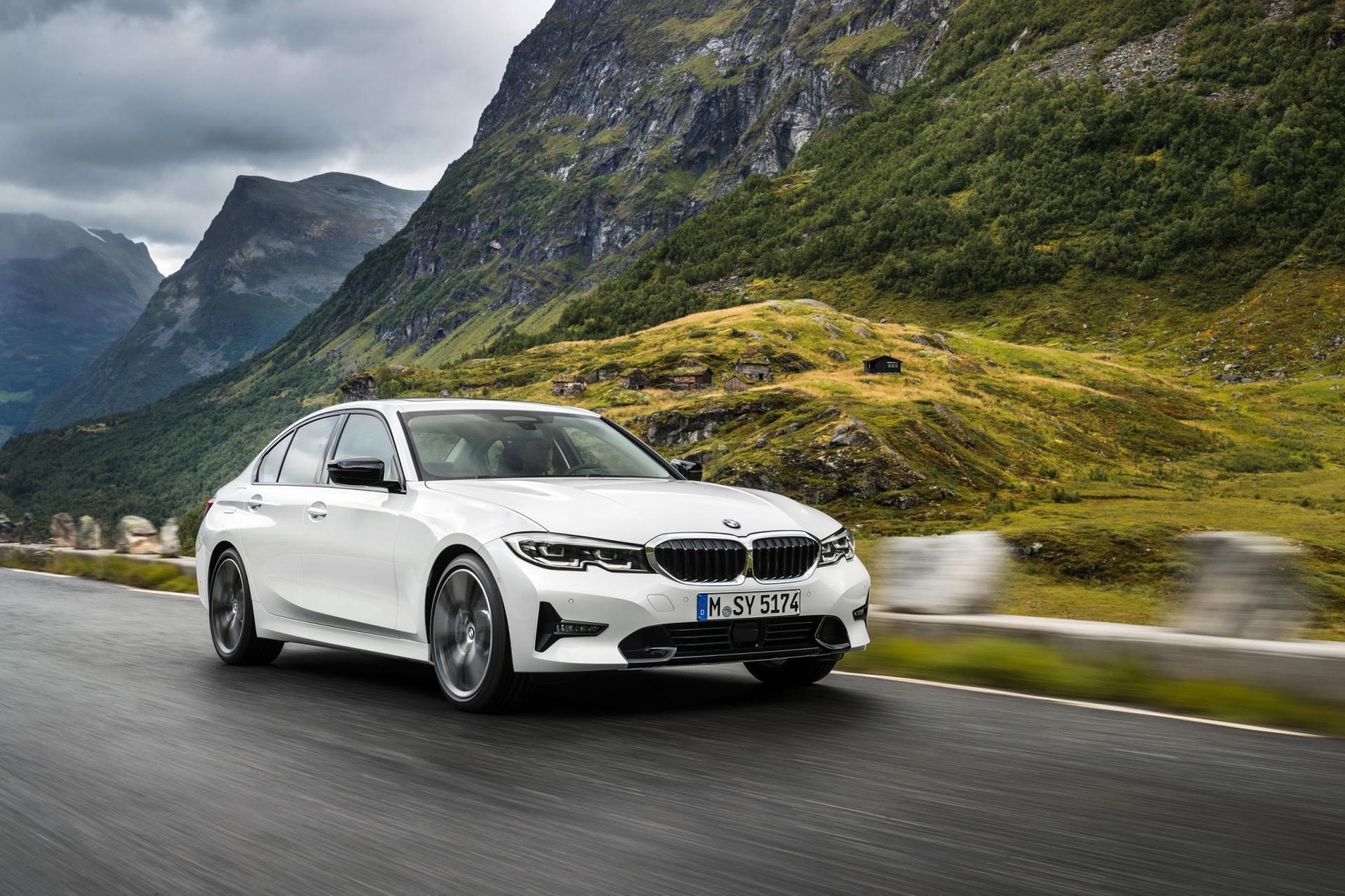 BMW’s 3 Series is one of the best-known names in the saloon segment thanks to its continued ability to deliver a great driving experience along with a premium and refined cabin. It’s also available with a variety of engines, ranging from fuel-sipping plug-in hybrids to powerful and punchy diesels.

The saloon might not be quite as practical as the estate version, but it still provides more than enough space for most. 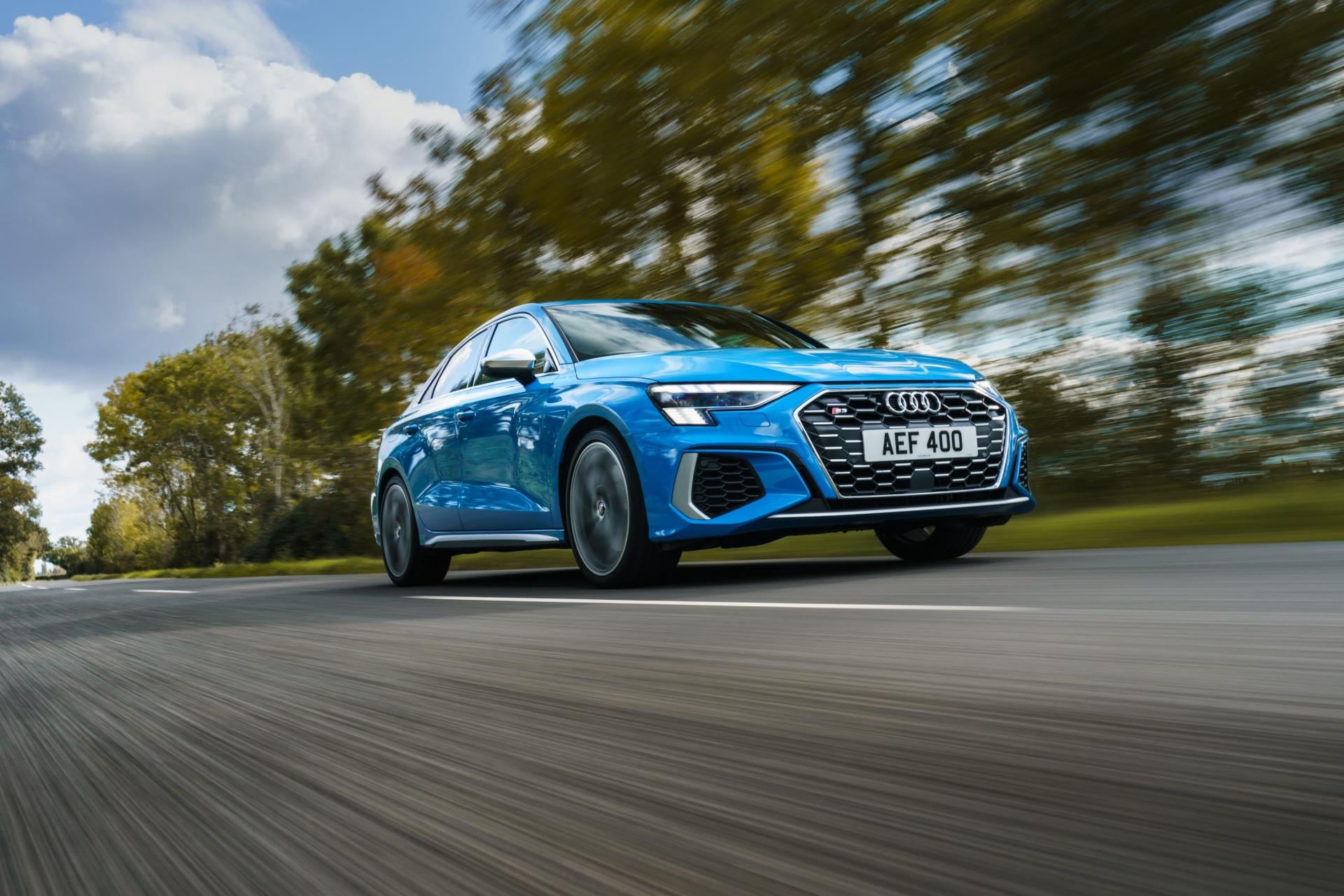 The new S3 features a host of revisions over the older model.

The pint-sized Audi A3 Saloon is a great option for those who want saloon car looks and practicality but don’t want the elongated wheelbase and size that this often brings. Based on the latest A3, it’s packed with technology too.

There’s a range-topping S3 variant as well, which adds a genuine lick of performance to this saloon car’s appeal. 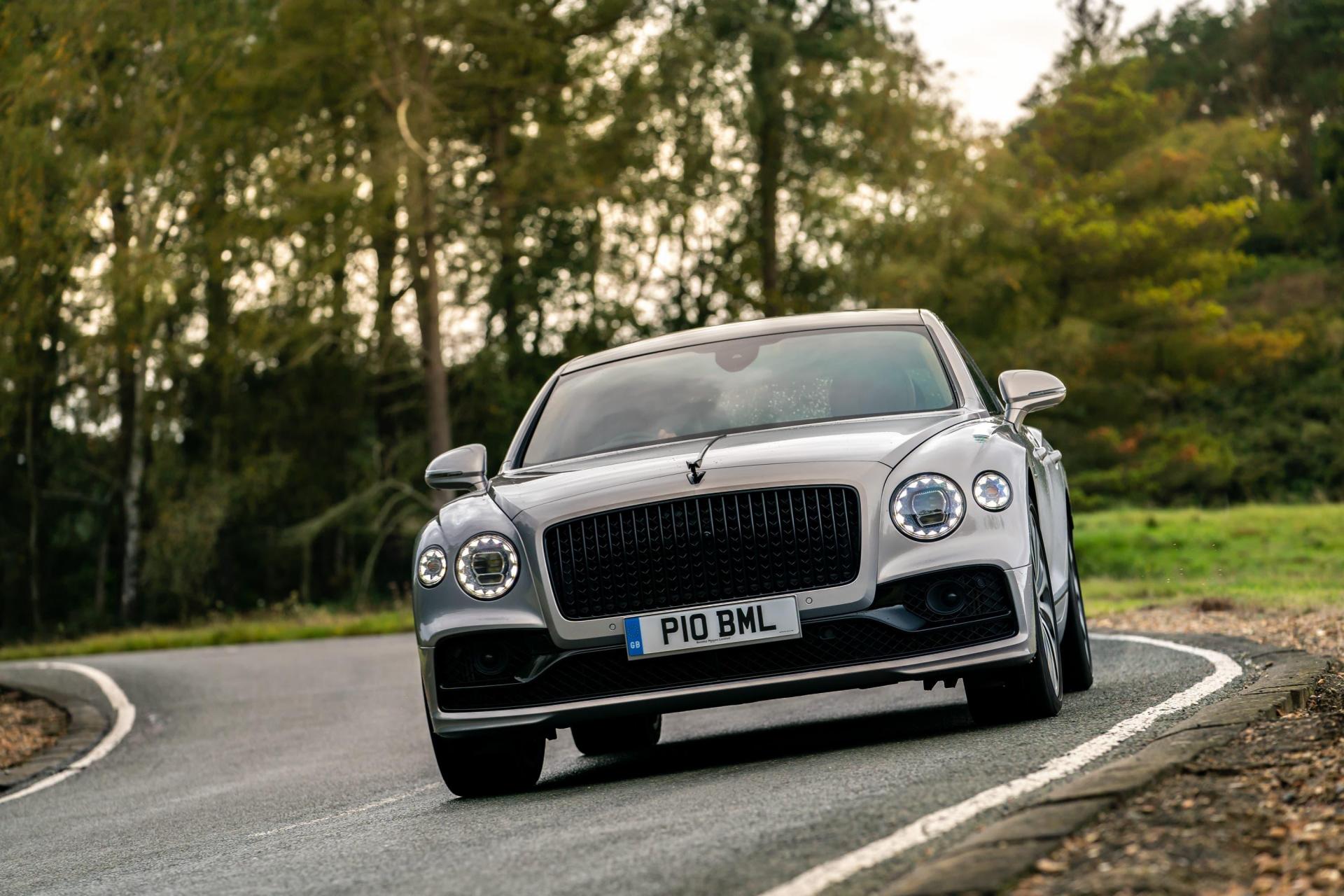 The Flying Spur remains remarkably composed in the corners.

We’ve taken a turn for the luxurious now with the Bentley Flying Spur. Though released in the back end of 2019, the Flying Spur has only really come on song in terms of production and output in 2020.

It’s a gloriously well-rounded machine, this, bringing a masterfully well-made interior and a classy driving experience. There’s the option of W12 and V8 powertrains, too. 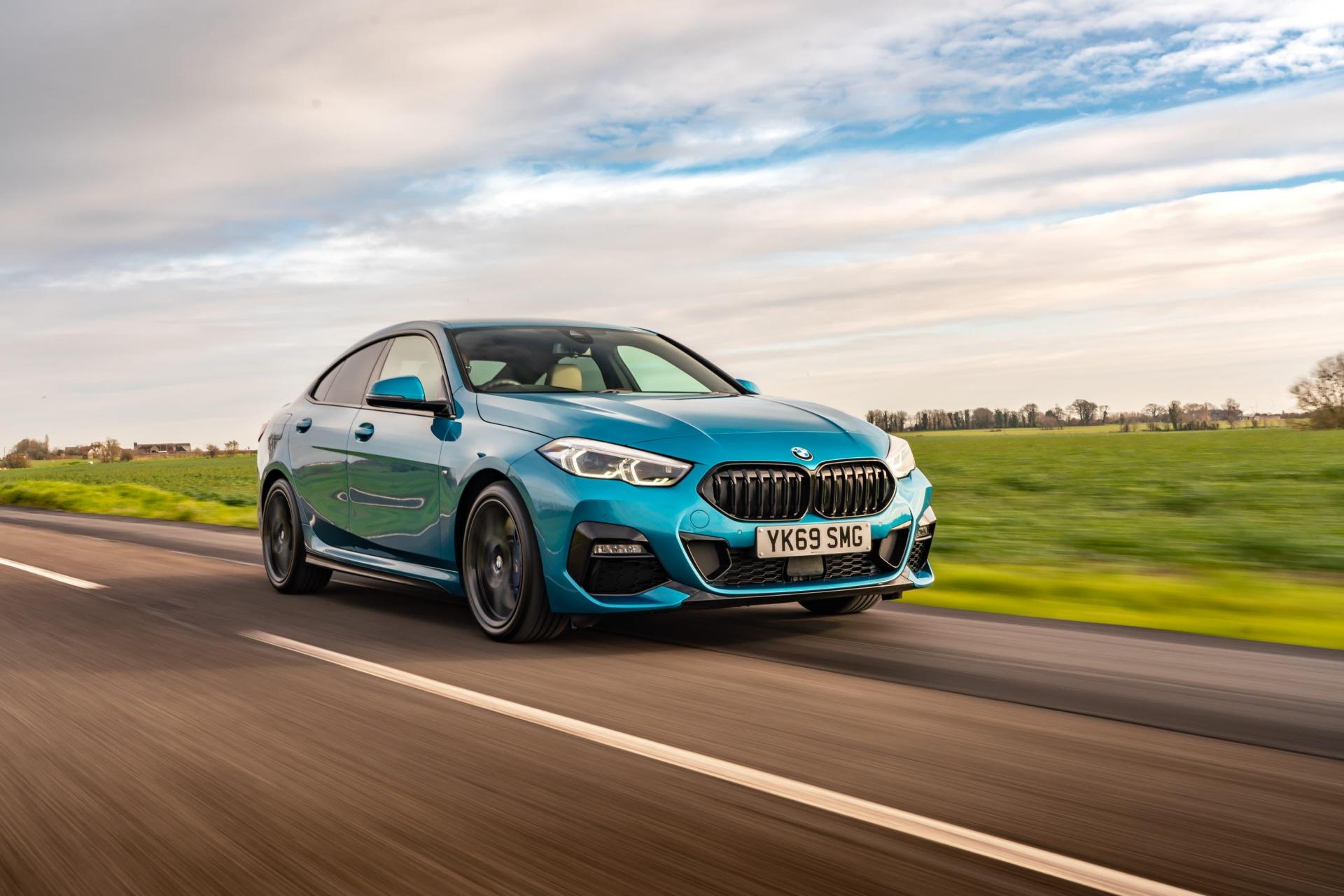 The new S3 features a host of revisions over the older model.

BMW’s 2 Series Gran Coupe is a direct rival to the Audi A3 saloon. Compact and well-proportioned, it’s essentially a four-door version of the firm’s smallest 1 Series models.

It’s an excellent long-distance cruiser, though, and this is particularly the case with the fuel-sipping diesels which bring heightened levels of refinement. 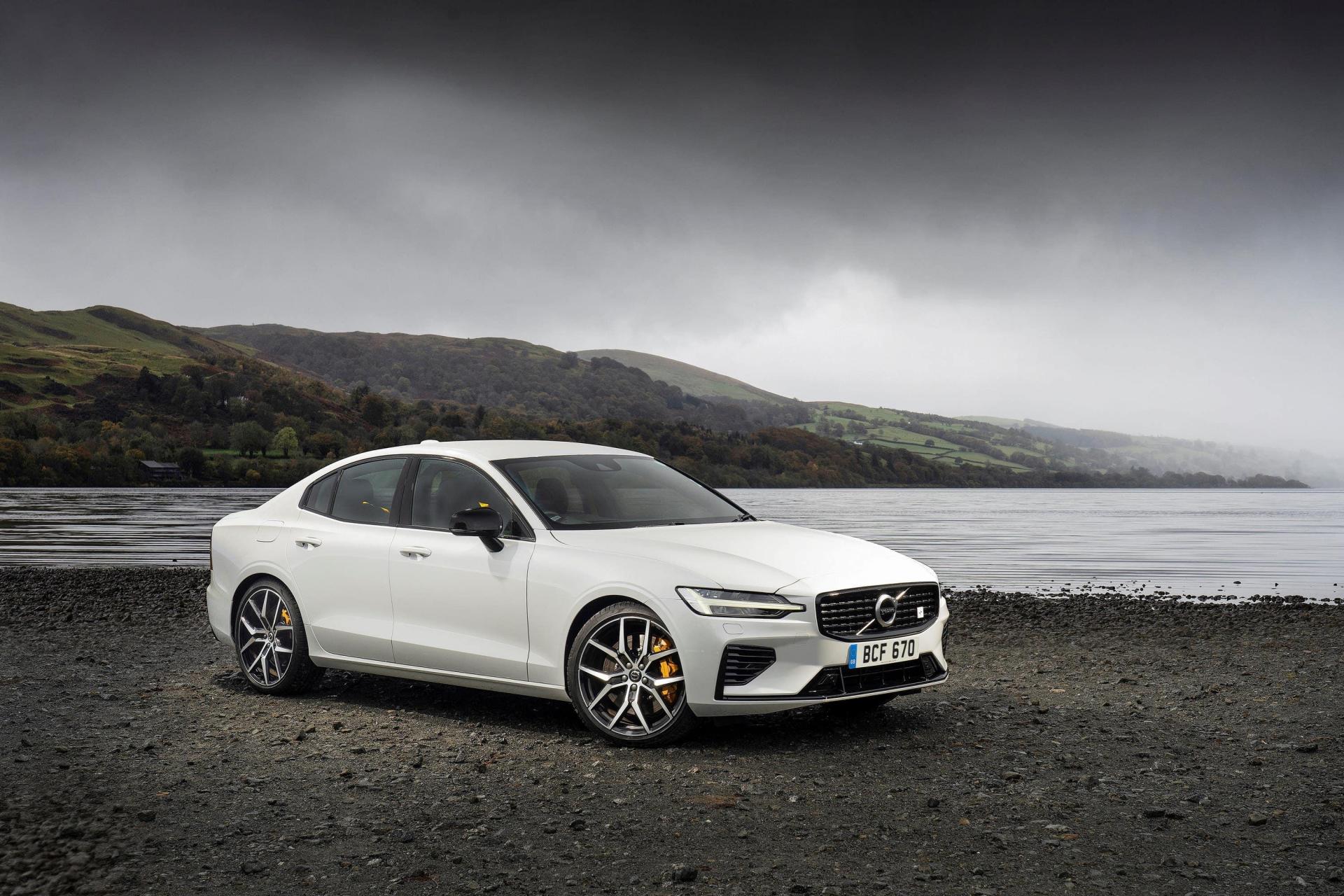 Volvo’s S60 is sharper than ever.

Volvo has been on a bit of a roll of late, producing models which feel well made both inside and out. The S60 is a shining example of this thanks to its smart design, cleverly made interior and efficient range of engines.

Though it’s been on sale for some time now, the S60 remains an excellent saloon car option – which is why we believe it’s worthy of 2020’s list. 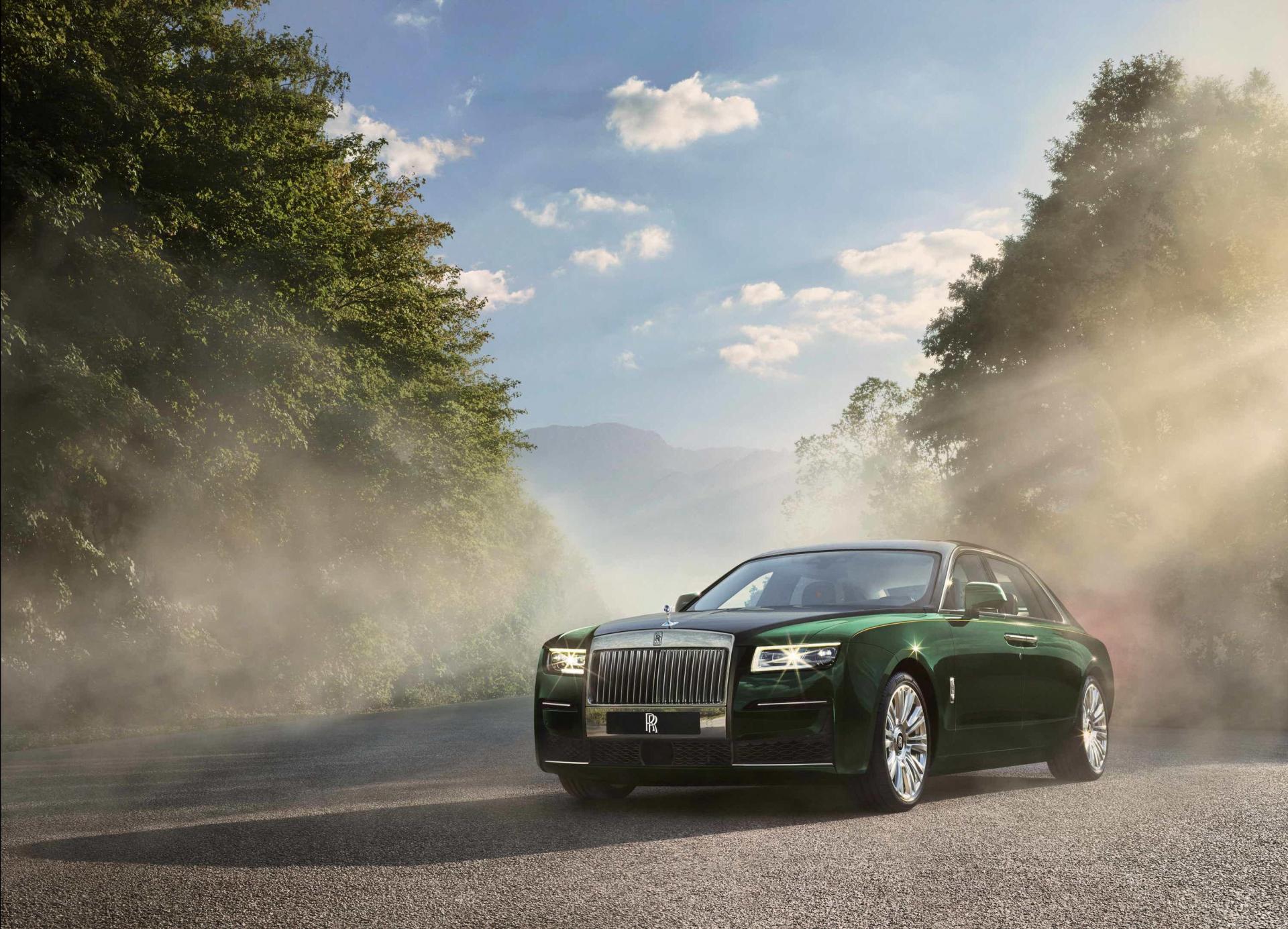 The Rolls-Royce Ghost Extended is considerably longer than the regular car.

The Rolls-Royce Ghost stormed onto the scene in 2020. Essentially the firm’s ‘entry level’ model, the Ghost features a high-end interior and an equally classy exterior. Thanks to a well-sorted ride, the Ghost is just as classy to sit in as it is to look at. 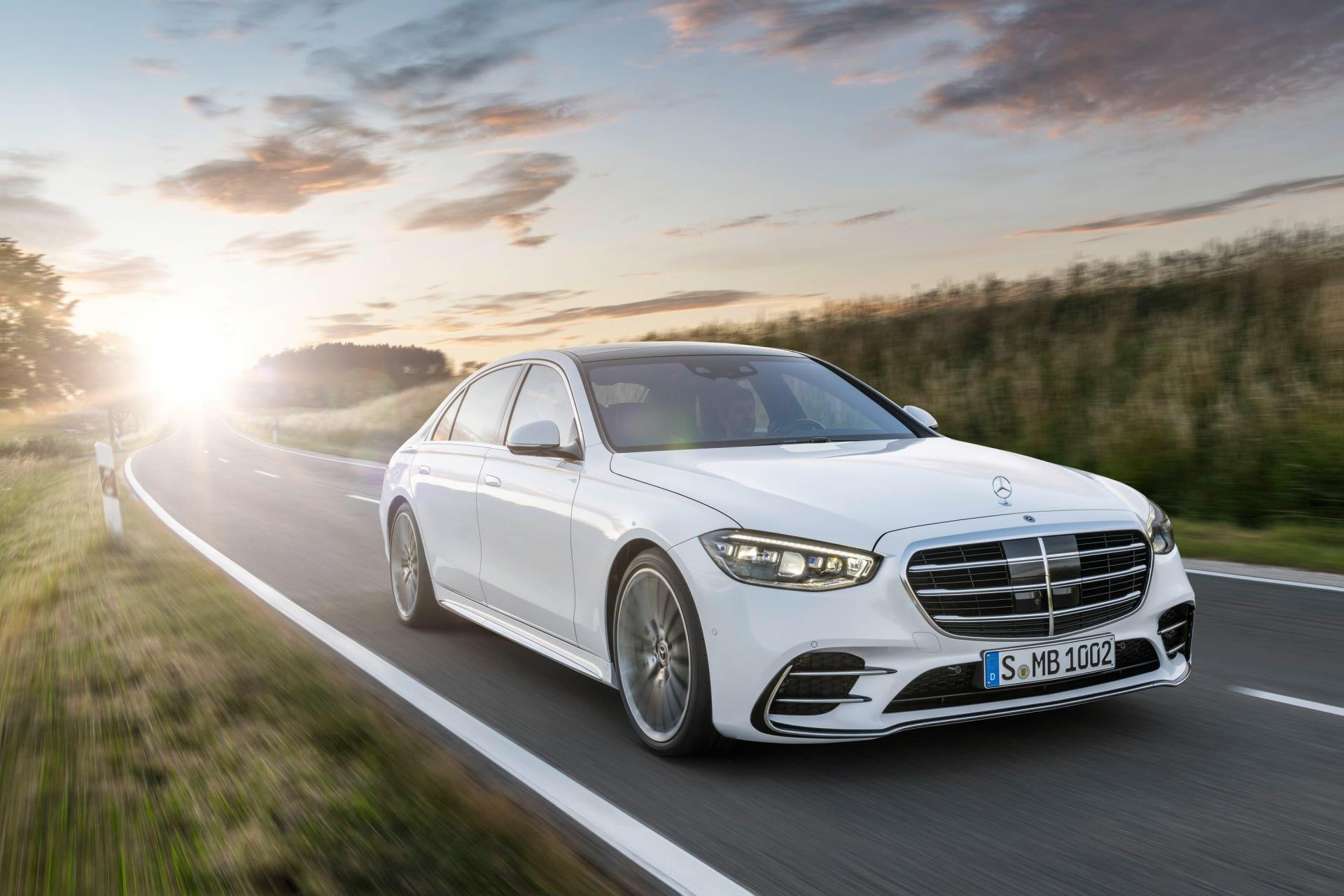 The S-Class sits at the top of the range of saloons offered by Mercedes.

The Mercedes S-Class is a car which traditionally debuts the technology that we’ll be seeing in more mainstream vehicles for years to come. This latest S-Class looks set to be no different thanks to its inclusion of all manner of cutting-edge features such as augmented satellite navigation.

A range-topping Maybach version has been announced, too. Keep a close eye on the S-Class when it arrives, as it’s likely you’ll see features which could be in more ‘regular’ new cars down the line. 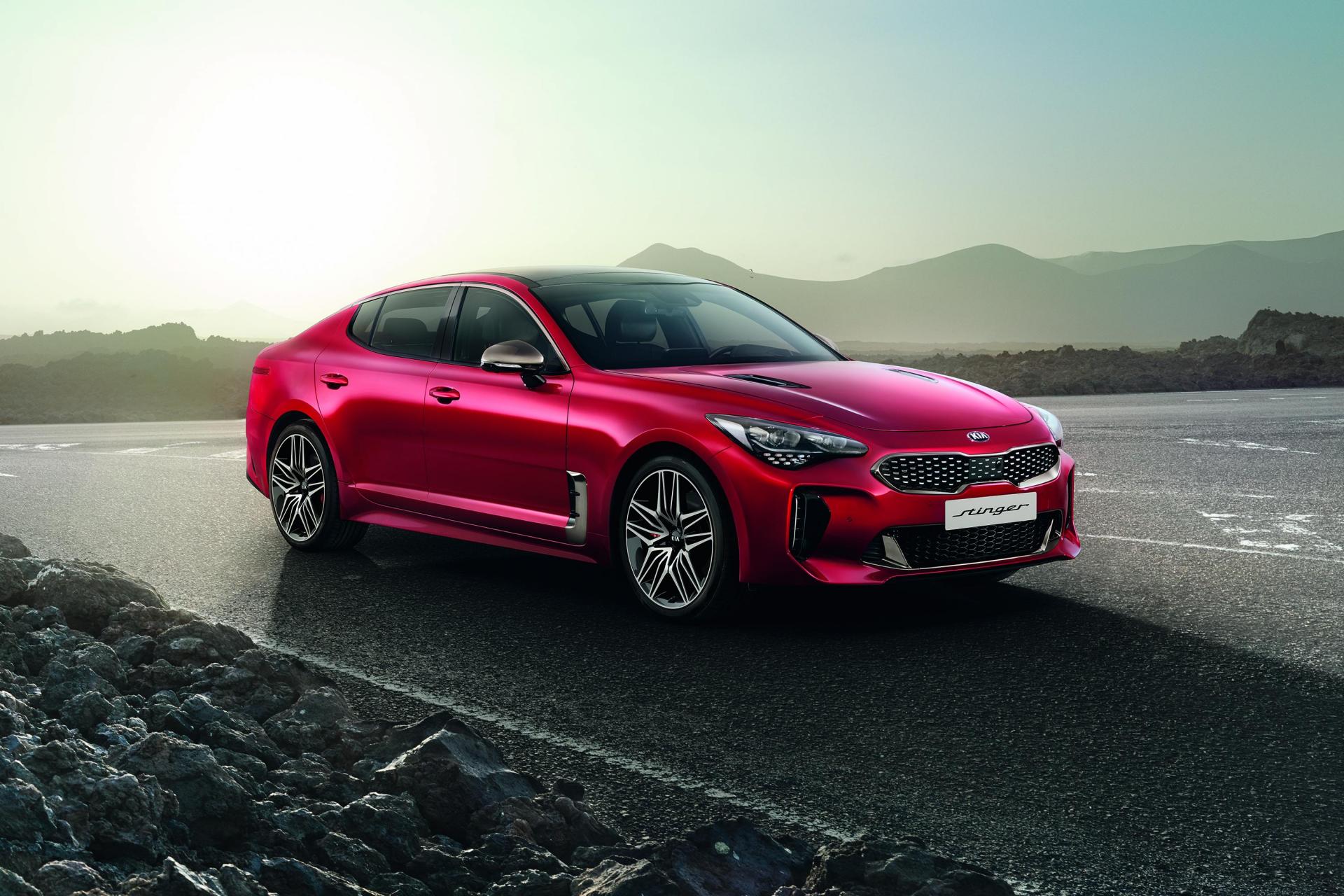 The updated Kia Stinger brings a series of new enhancements.

The Kia Stinger might be somewhat of a left-field choice in the UK’s saloon market, but that’s no reason not to consider it. It’s a car which brings sensationally good value-for-money, delivering a high level of standard equipment for a fraction of the cost of rivals.

It’s good to drive, too, with a fine variety of engines to choose from. It also looks particularly striking – in our eyes at least. 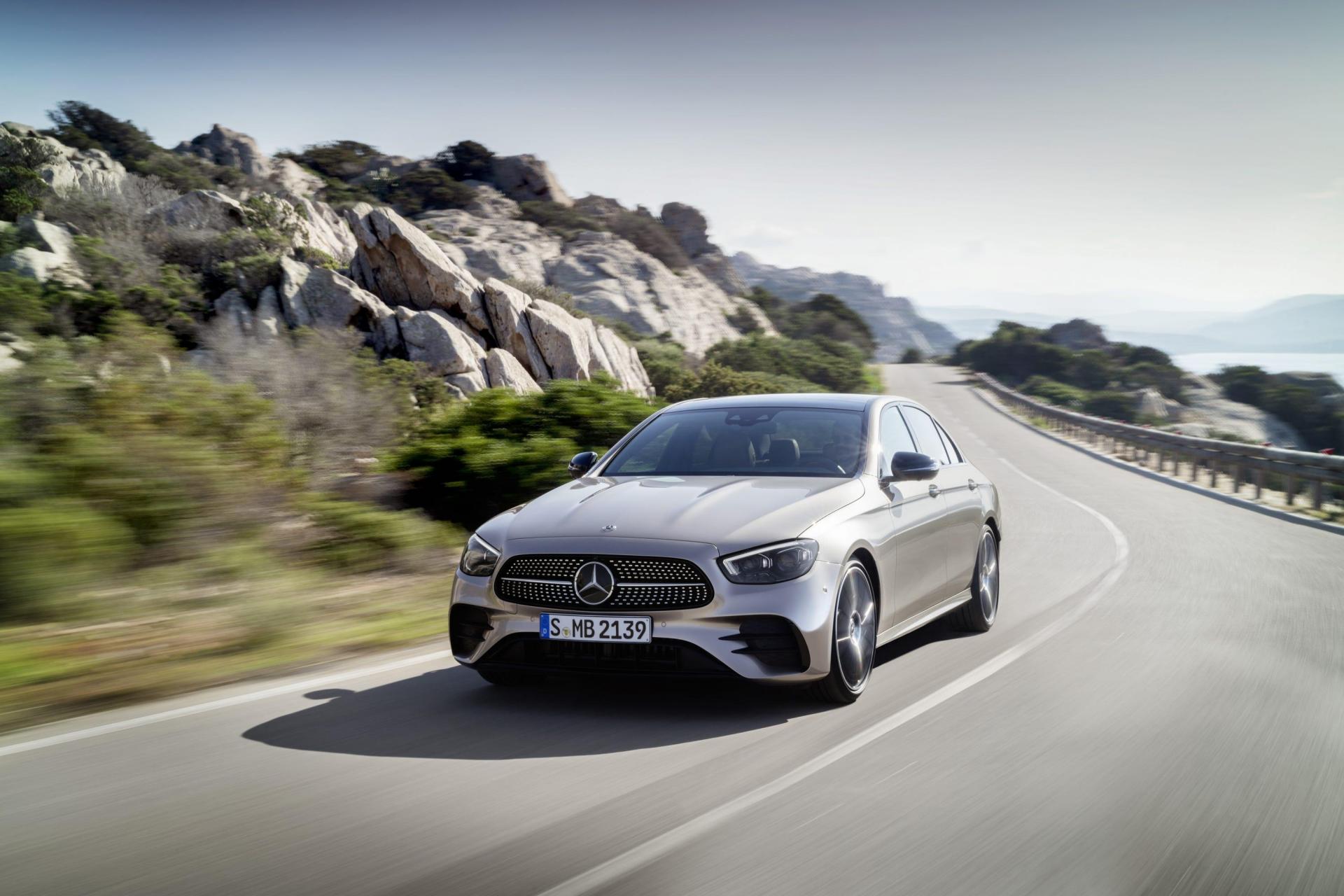 The Flying Spur remains remarkably composed in the corners.

The E-Class is a mainstay of the Mercedes range, having been a core part of the firm’s line-up for many years now. 2021 will see the arrival of a new facelifted version, replacing a car which – in truth – felt quite up-to-date anyway.

Now into its fifth generation, the E-Class’ range of engines is dominated by hybrids while the cabin features Mercedes’ latest MBUX infotainment system. 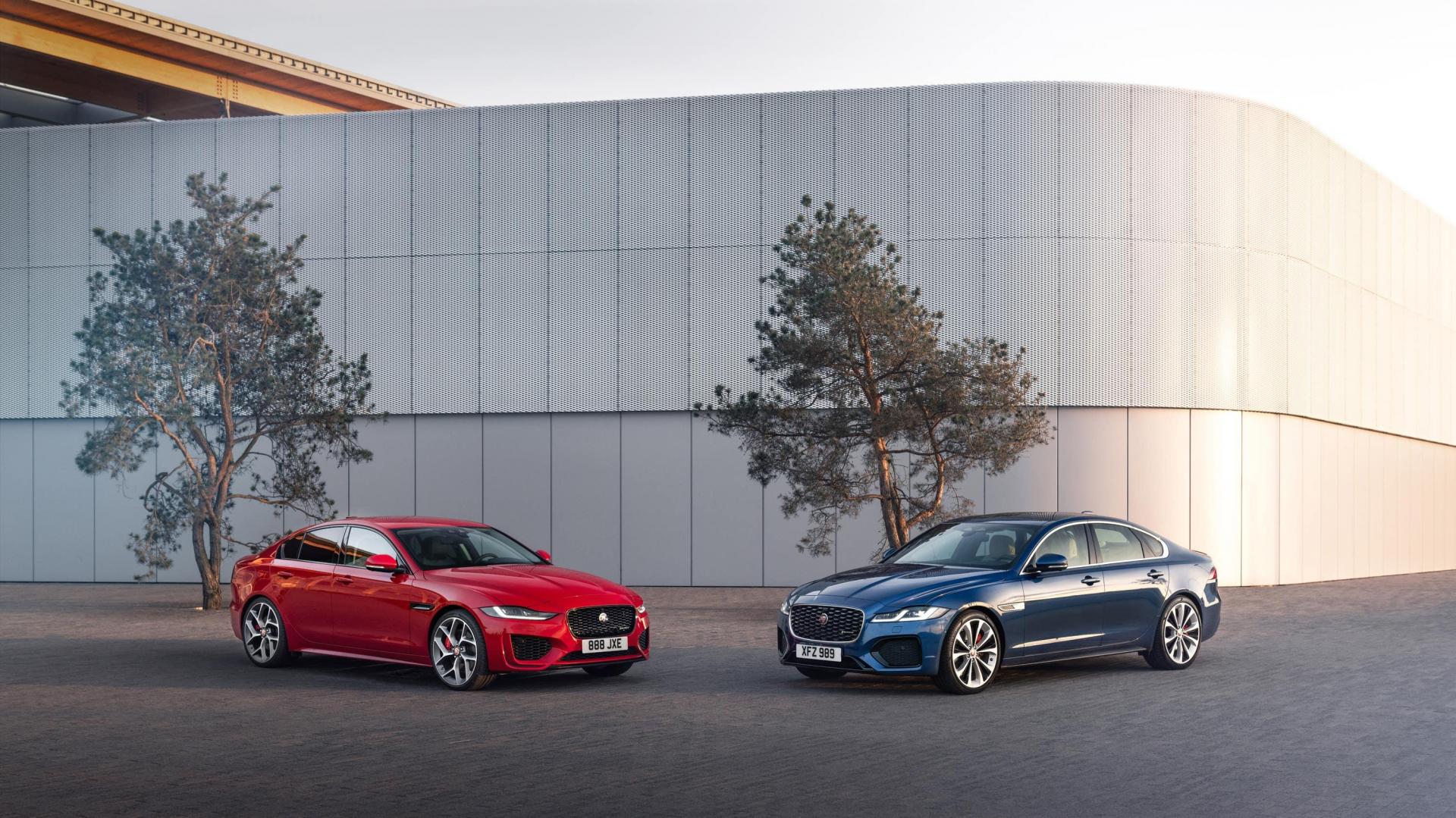 Jaguar’s XE is often seen as one of the best-handling saloons around and now it’ll have an interior to match this sparkling driving characteristic thanks to an updated version set to arrive in 2021.

One of the biggest changes is the implementation of Jaguar’s latest Pivi Pro infotainment system, which is far easier to use and better to look at than the previous version. 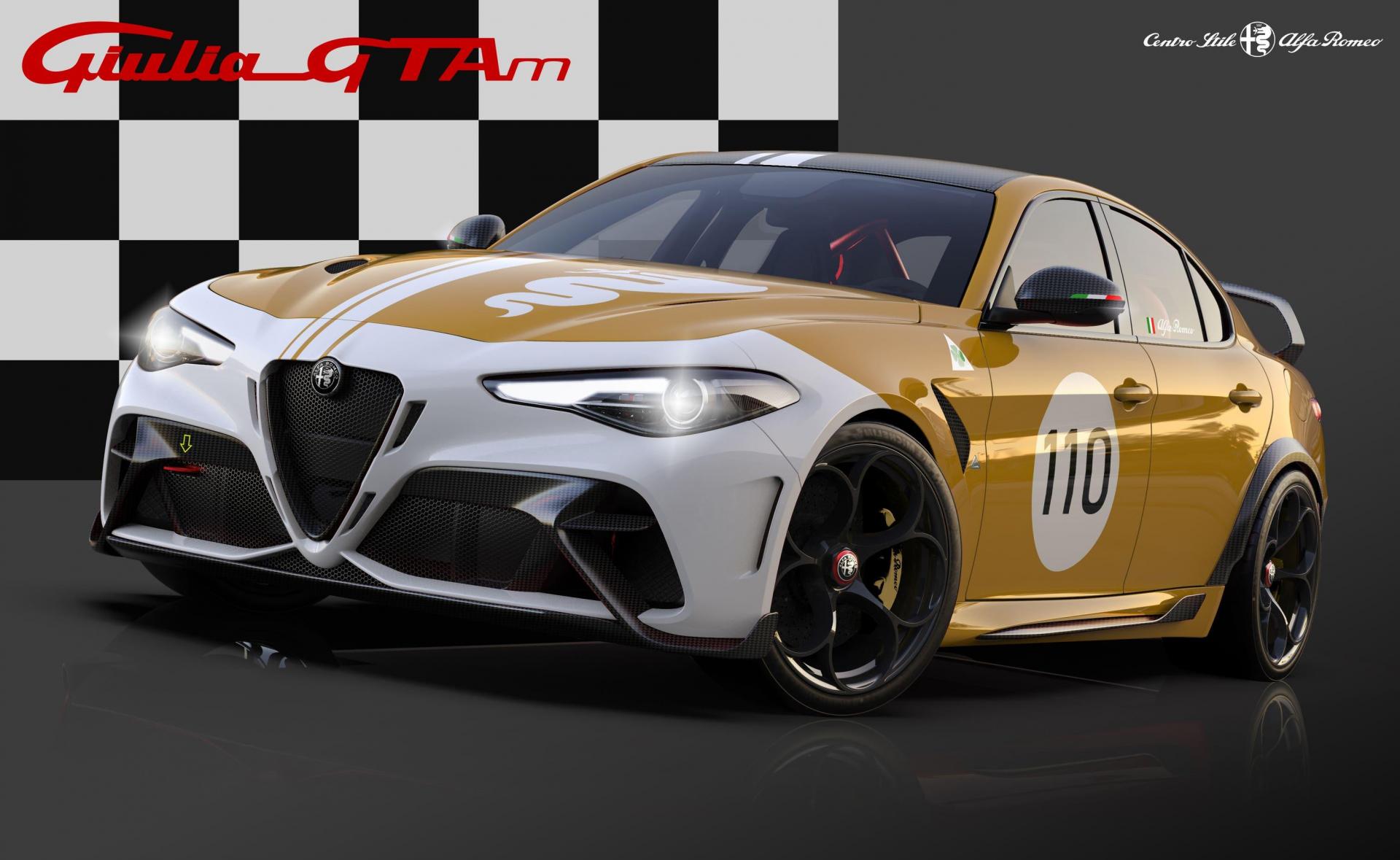 Just 500 GTA models will be produced.

Let’s finish with a flourish, shall we? The standard Giulia Quadrifoglio is seen as one of the very best performance saloons on sale today, and now Alfa Romeo has seen fit to push the envelope on its already well-regarded model with a harder, more focused GTA version.

The GTA will bring more power over the standard Giulia, while a new exhaust system will ensure it’s even more vocal. It’s one to get excited about in 2021, that’s for sure.